Josie & The Pussycats in Space #1:

Josie & The Pussycats in Space #1 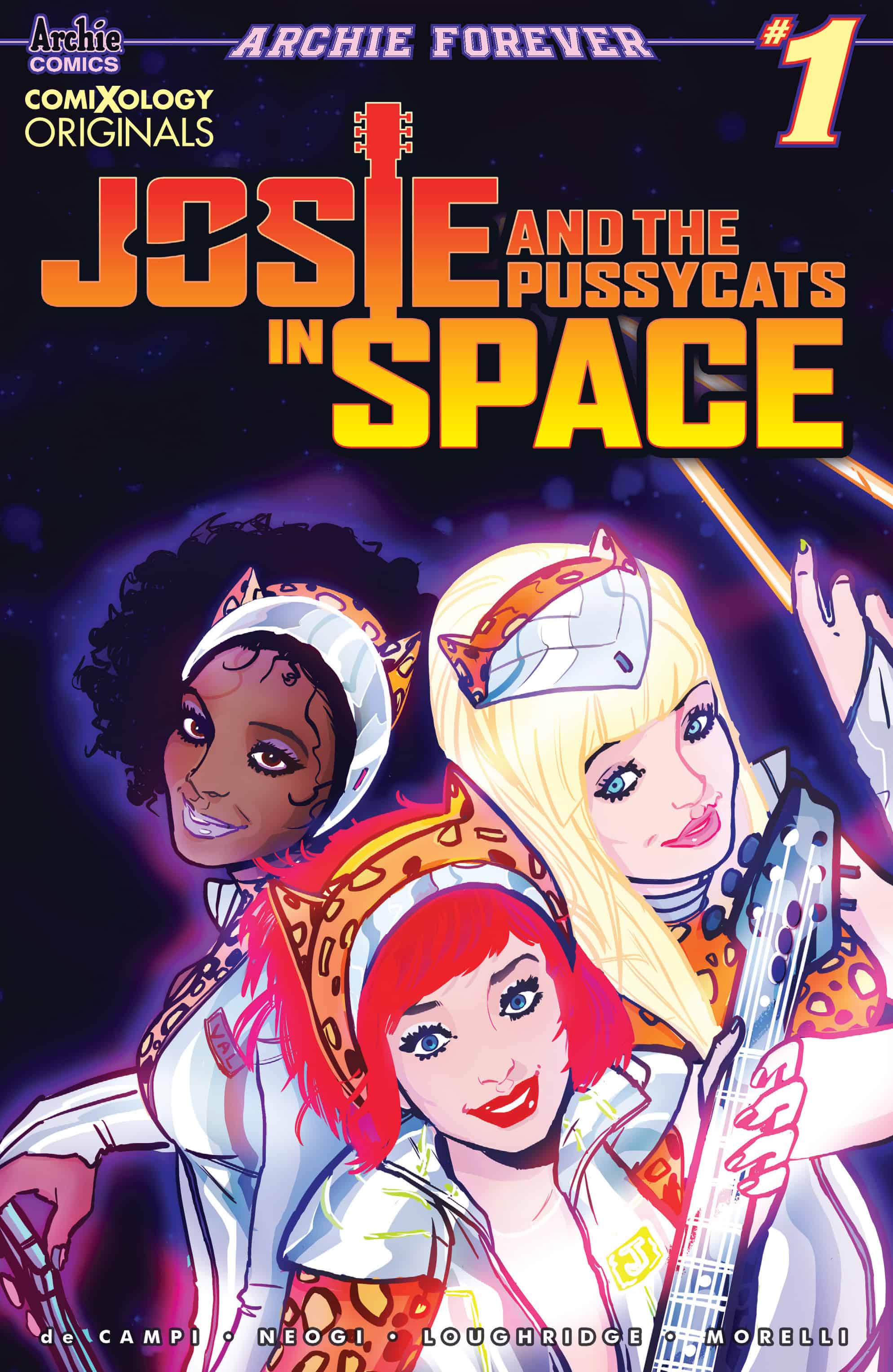 Josie heads up the rock group, The Pussycats, who are currently touring space.

Archie Comics has updated another one of its beloved properties, with a brand new Josie & The Pussycats in space mini-series. I thought after Jughead’s Time Police they couldn’t get any more obscure, but here comes a brand new mini based (in spirit) on the 1972 Saturday morning cartoon. Alex de Campi gets assigned the writing duties for this series, and while it’s in no way, shape or form a reboot or update of that cartoon, de Campi does include the two most important ingredients, that being Josie & The Pussycats and Outer Space. In the cartoon, JATP go into outer space mostly on accident and while there, they end up touring the galaxy. Where the cartoon zigs, the comic zags. Instead of an accident, we find The Pussycats touring the galaxy and really needing to take a break from life on the road. While en route to their next gig, let’s just say things go awry, and an adventure is born. De Campi handles this book like she’s been writing it for years. Every member of the Pussycats is written exactly how she should be, the one exception being Melody who, to the delight of I’m sure a LOT of readers, trades in her sing-song voice for a normal one. Luckily, her doe-eyed innocence is still firmly intact.

Artist Devaki Neogi, famous for her work on the BOOM! Series Curb Stomp, is the perfect choice to take The Pussycats into space, from an art perspective. While I’m not that familiar with Curb Stomp, I’m happy to say that the art in this book perfectly fits the mood and style the creators are trying to get across. From a packed concert venue to the landscape of an alien planet to the cold, dark, void of space Neogi makes everything look kinetic and both realistic and slightly cartoony. If you removed the word balloons, you’d still get a great story and could totally tell exactly what’s going on. Her art is….out of this world!!! Sorry, I had to throw in at least one space pun.

Josie & The Pussycats in Space #1: