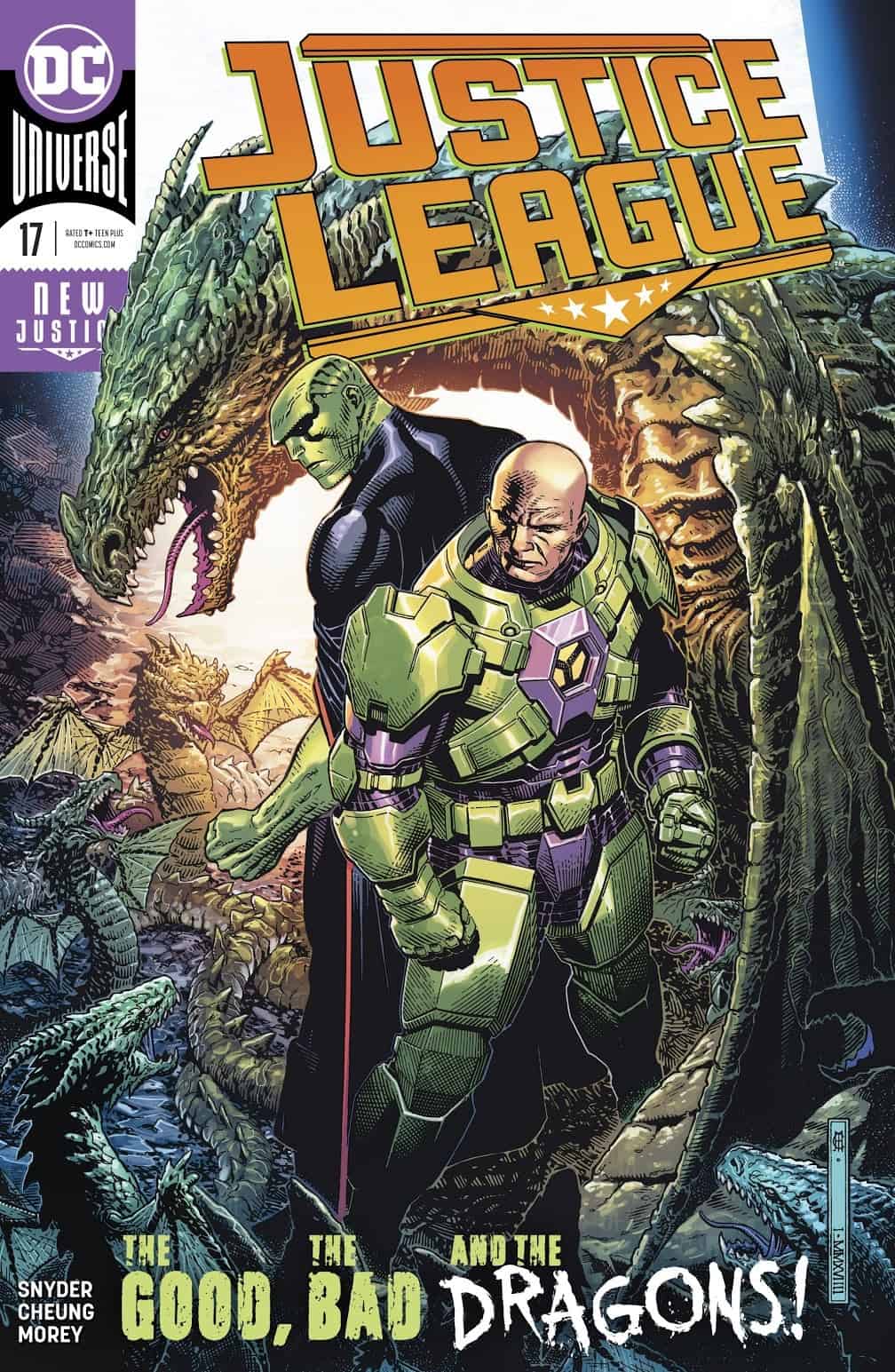 No spoilers…which will make this really hard to talk about…

J’onn has met with Luthor on Mars, the site of the extinct Martian civilization.  J’onn has met without the knowledge of the rest of the League, but Luthor is there hoping to gather information from J’onn.  And Luthor is prepared, although J’onn refuses to fight back.  The two are set upon by giant worm creatures and are forced to join forces or become worm food (literally). 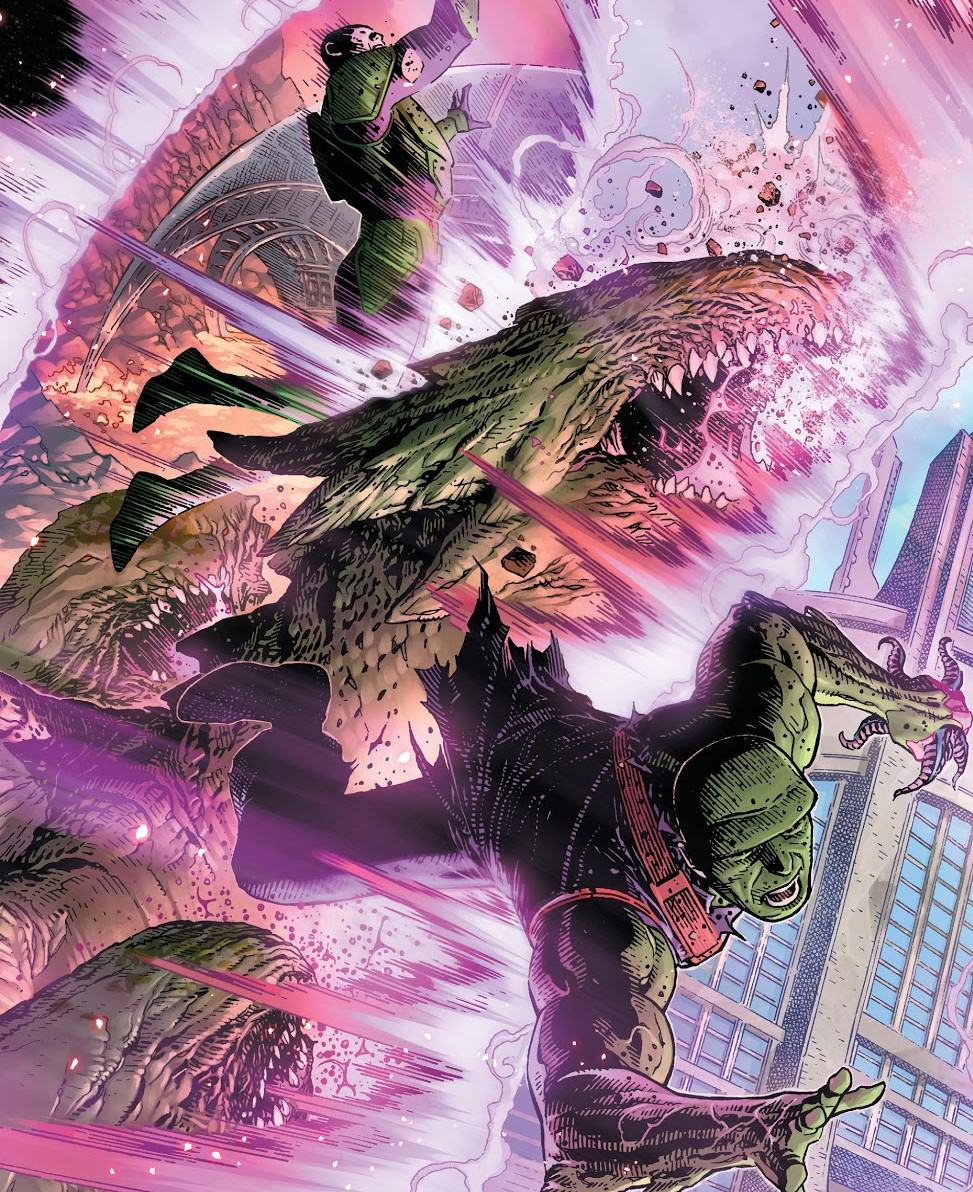 Jim Cheung’s art is amazing as always.  The action scenes are detailed and exciting, the facial expressions distinct and telling.  Coupled with Morey’s colors, giving us that dull red from the Martian landscape, and this issue looks beautiful.

Snyder’s storytelling is on the mark here as well, as we take a break from the massive story to give us an interlude of sorts between the acts.  It’s not a story that necessarily needed to be told, but it’s one I appreciate all the same.  J’onn’s hopefulness shines through and so does Luthor’s cold and unfeeling demeanor (again helped by Cheung’s art). 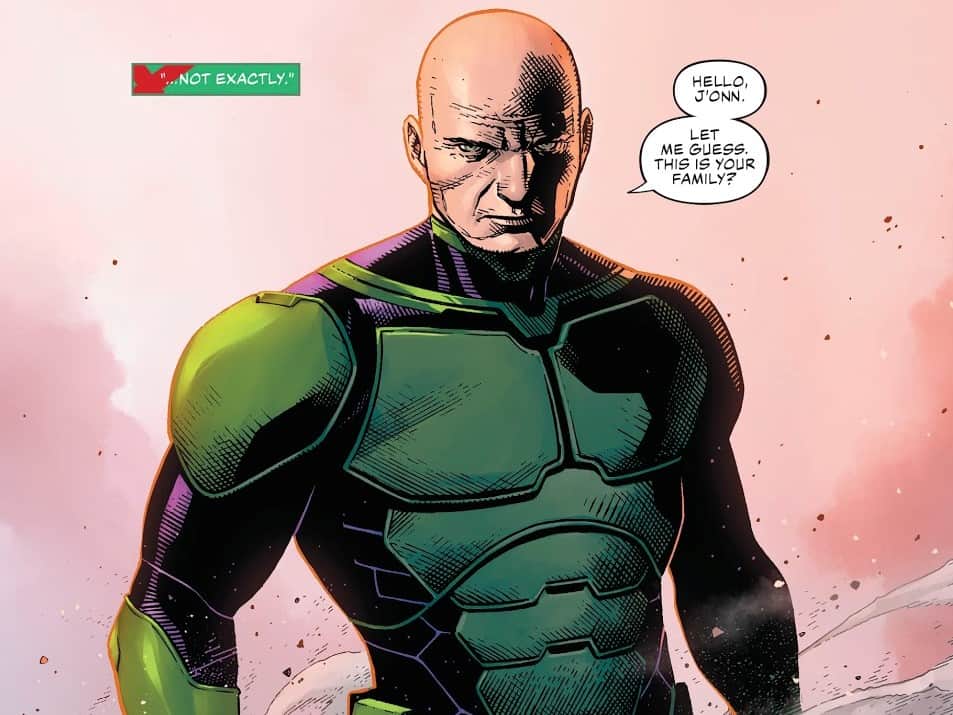 It’s a story of friendship.  Not of J’onn and Lex, but of two young kids, told from J’onn’s point of view.  And while this is a comic book story and a typical super hero tale, the real gem comes in the friendship of those two, children who are completely believable even in this fantastic world of universe gods and supermen.  And the use of invisible ink as a way to secretly communicate was fantastic! 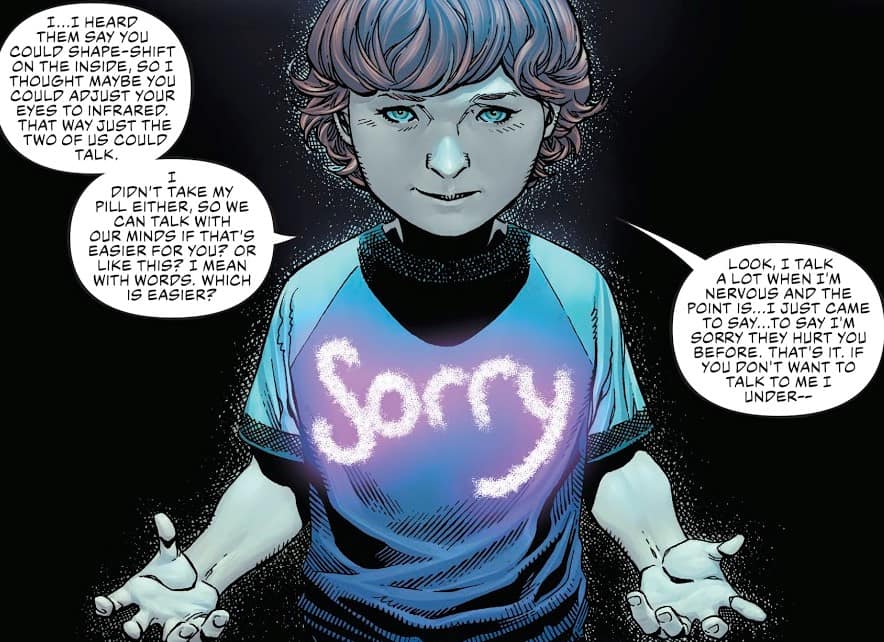 Of course, everybody is going to be talking about the retcon, the reimagining of origins.  Snyder has shown again and again that he enjoys rewriting beginnings and once again, I find nothing wrong with it…in fact, I even enjoy it, giving additional depth to characters, adding a layer that can be built upon later on.

To those people, I stick my tongue out at you.

Not many books leave me with my jaw on the floor like this one did.  Snyder gives us a break from the constant universe-ending action to give us a new take on one of the heroes he’s taken a liking to.  Together with Jim Cheung’s amazing art, this interlude between acts is one book nobody should be passing up on!