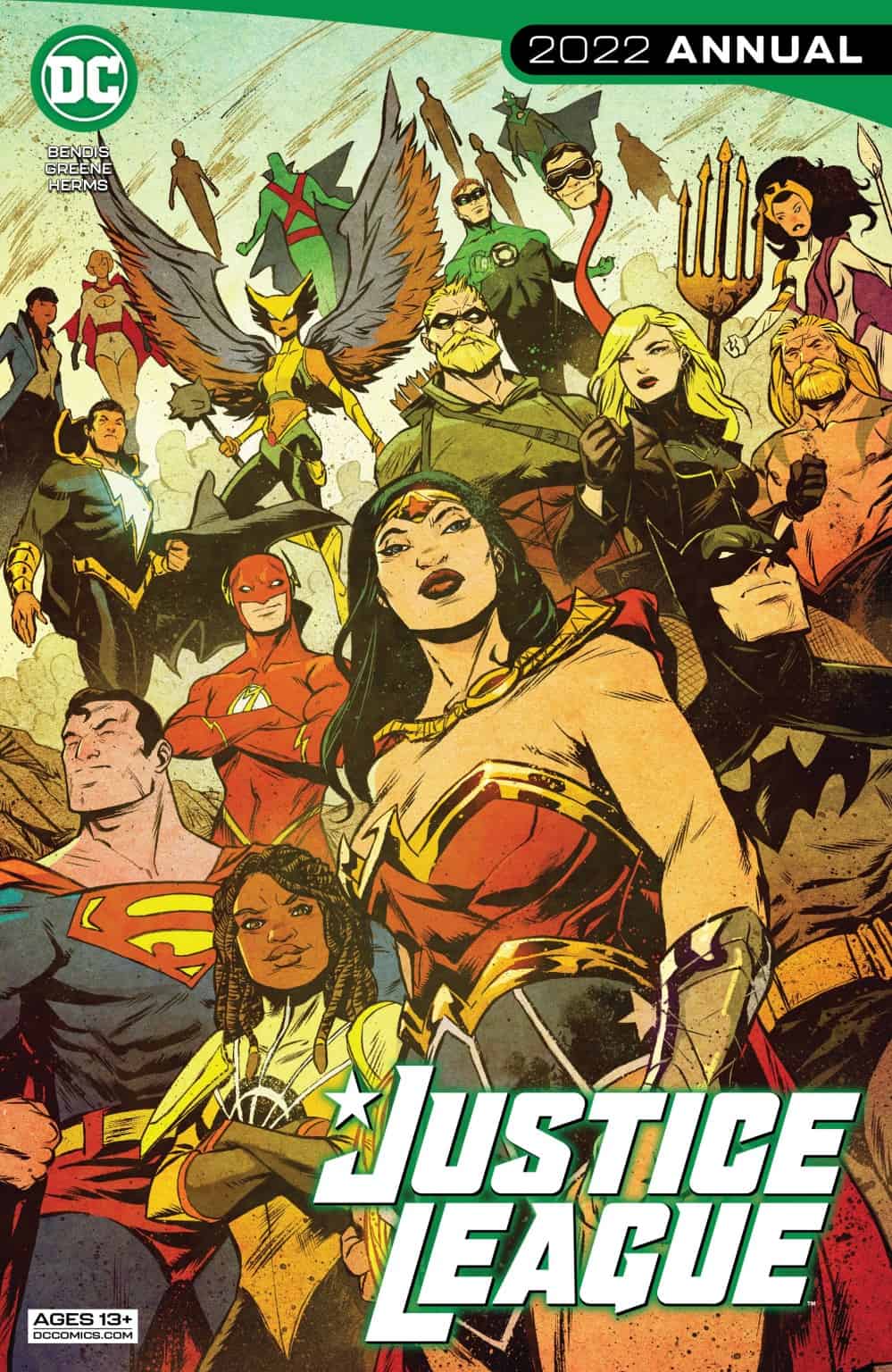 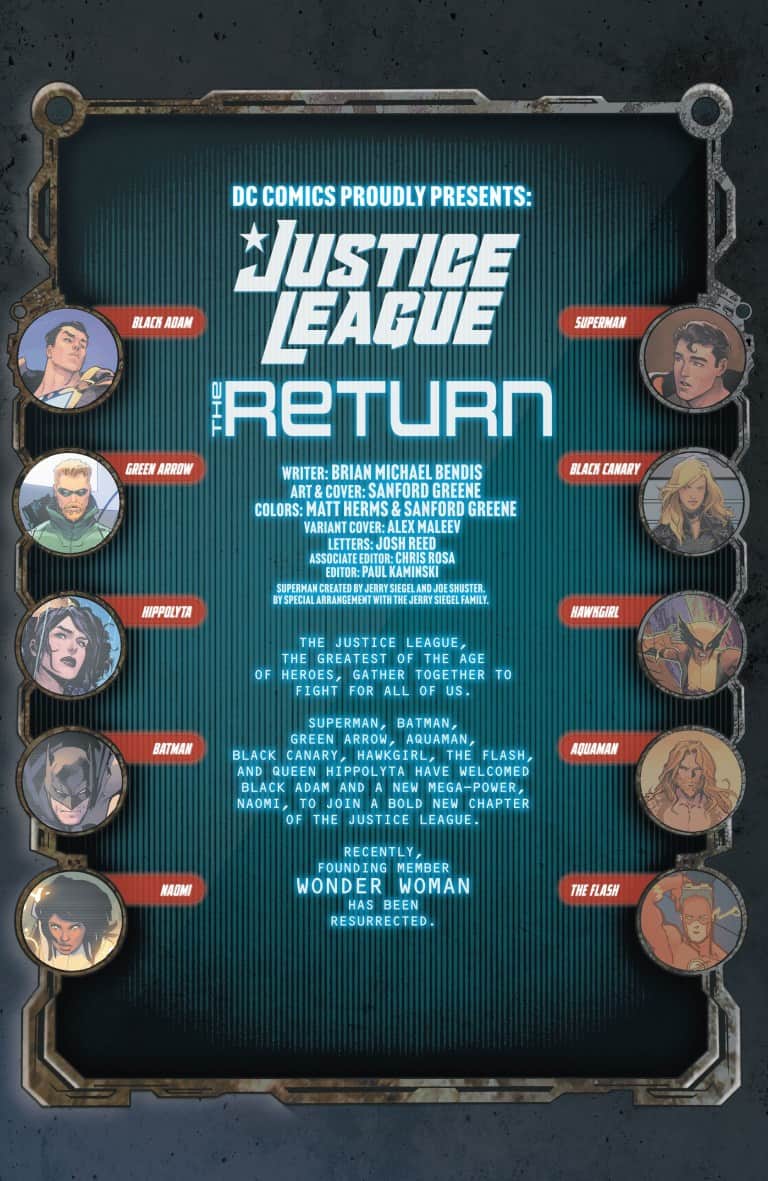 In this year’s Justice League Annual, writer Brian Michael Bendis uses every page of the extended format to blend a fresh storyline with plot threads from his previous (and future) work with the team. The setup for the issue is a welcome home party for Wonder Woman, officially back from her journey through the afterlife since October’s Wonder Woman #780. The get-together assembles the team in one place, only for O.M.A.C., the cybernetic, futuristic, and convoluted supersoldier, to intrude in search of Hawkgirl.

As it turns out, O.M.A.C. is not the only visitor from the future, and the team splits up and deploys in short order in pursuit of the other temporal anomalies. Bendis breaks the remainder of the book into chapters that piece together the full story of the time-traveling hijinks, which is about as confusing as it sounds, albeit intentionally. The splintered groups reach the same conclusion after their respective adventures: the time stream is fractured and needs fixing.

In 2022 that is a routine hook for a comic book, and yet Bendis takes so long to get there that he seriously shortchanges himself on the payoff. He has but a few pages to close a loop that began in the issue’s opening moments, tell the reader what has just happened, and why it matters. The author only does the first of those tasks with any aplomb. The second is gift wrapped, and the third is left as a plot thread to be continued in the pages of Justice League vs. The Legion of Superheroes. For a $5.99 cover price, that is not fair to DC’s paying customers.

The story, while the sort of chaotic entry one would expect from an annual, finds itself choked by Bendis’s lengthy conversational dialogue. This issue is magnified by the size of the cast (10 heroes and several guests), which at times drowns out entire pages of Sanford Greene’s art. Greene manages the frequent action sequences well with a lean, frenetic style reminiscent of Chris Samnee’s work. Heavy inking and colors, though, lead to a few visually cluttered panels.

Bendis's latest Justice League entry is not completely inept; few efforts from a writer as seasoned as him will be.  That said, for the amount of rising action in this issue, the end product falls far short of the mark.  The final acknowledgement that this particular issue leads up to the next Justice League event means that it probably did not need to be an expensive standalone.  Surely an "alpha" one-shot could have done the job while a more memorable story made up the annual?