Justice League #29: The Tale of Jarro 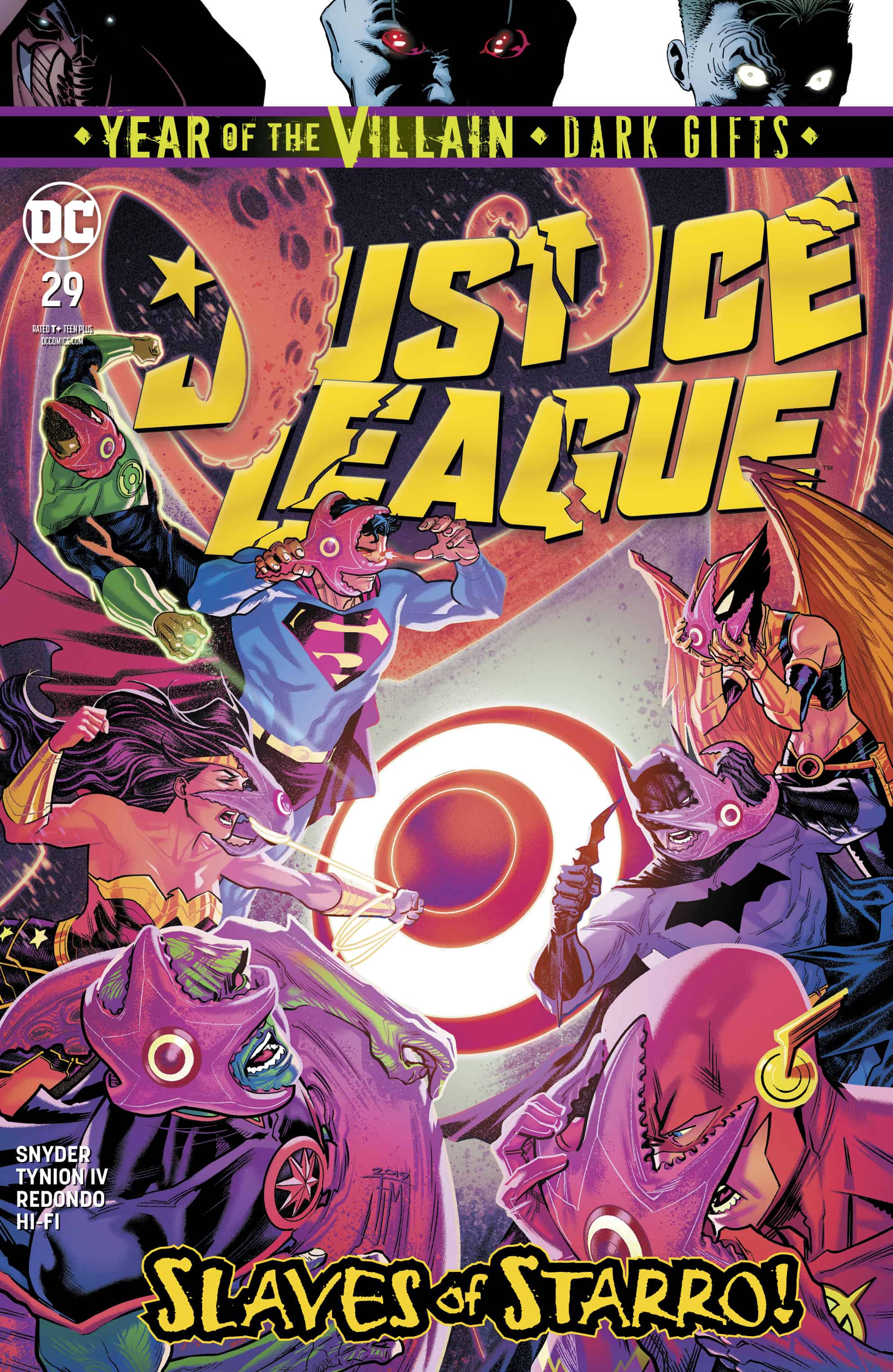 Does a Starro dream of an electric Justice League? Sensing the danger to come, Jarro fears for his newfound friends. He ponders each one and their potential fate to decide whether he should mentally block them from going forward into what could be certain destruction”—the coming war with the Legion of Doom! 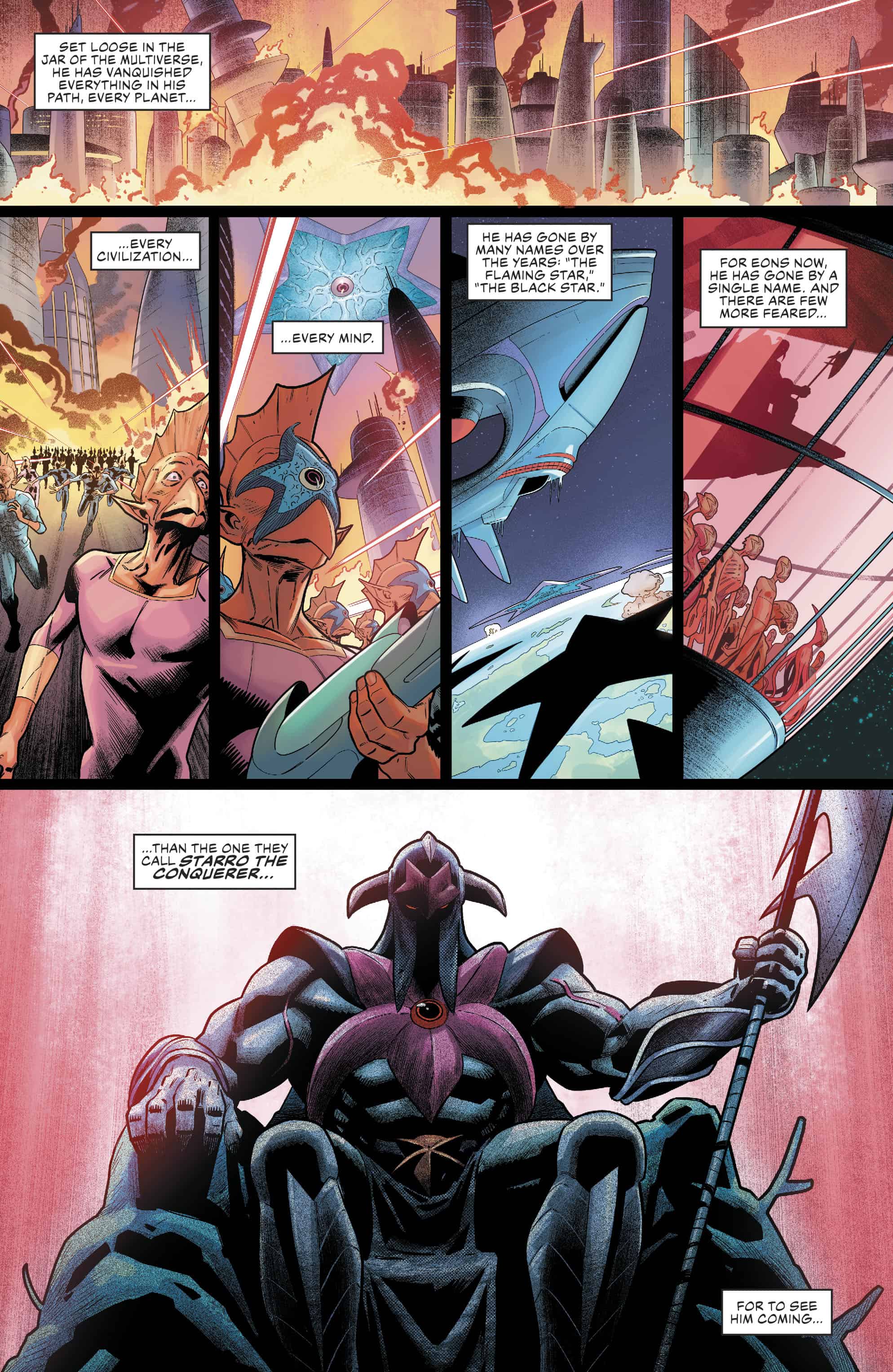 It has been nearly two years since Snyder unleashed Dark Nights: Metal #1 (August 16th, 2017) on the world and began slowly and meticulously crafting one of the most wide-sweeping epics the DC Universe has ever seen. From the breaking of the Source Wall through the slow rise of Perpetua, all of Snyder’s (along with Tynion IV and Williamson) threads, both large and small, are coming into focus. It would appear the war between Justice and Doom, which this issue serves as prelude for, is the ending sequence of this epic.

Justice League #29 provides a perfect “jumping on” point, even for readers who have been living in a cave for the past two years. The majority of this issue recaps all the major events, Macguffins, and minor plot points necessary to dive right into the war with both feet, all focalized through one of Snyder’s greatest creations– Jarro. Jarro operates almost as an analogue for the reformation trope so common in superhero narrative but also as something more. Jarro’s characterization is typically that of naivete, a child amongst gods. Here, we see the great depths of knowledge that this kinder, gentler progeny of the oh-so-classic Conqueror, making the revelation at the end all the more terrifying. 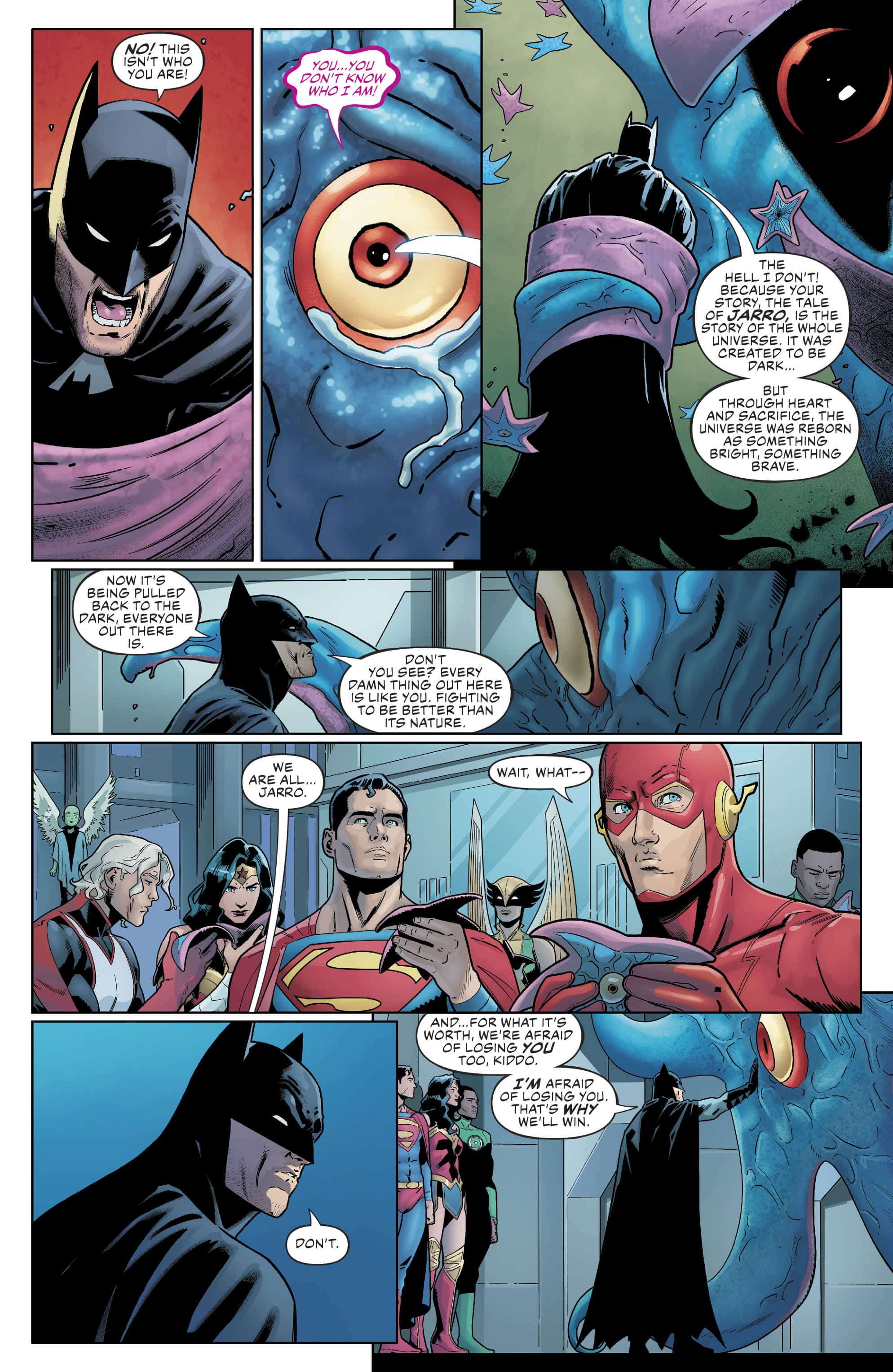 Redondo’s art throughout this book provided many beautiful and terrible landscapes with incredible detail yet the figures of the heroes and villains seemed shockingly non-descript. In essence, it was a gorgeous issue with moments of feeling incomplete or rushed, a common ailment in this era of bi-weekly releases. Given a full month, I think this issue may have been a standard-setting issue. Nothing much to remark in terms of layouts. They controlled the pace of the story without doing anything particularly spectacular. I do imagine that designing pages around some of the text-walls in this issue was quite challenging.

Justice League #29 provides a perfect jumping on point for new readers while helping long-time readers re-organize the events of the past two years in a way that facilitates the move into the "Justice/Doom War."

Justice League #29: The Tale of Jarro