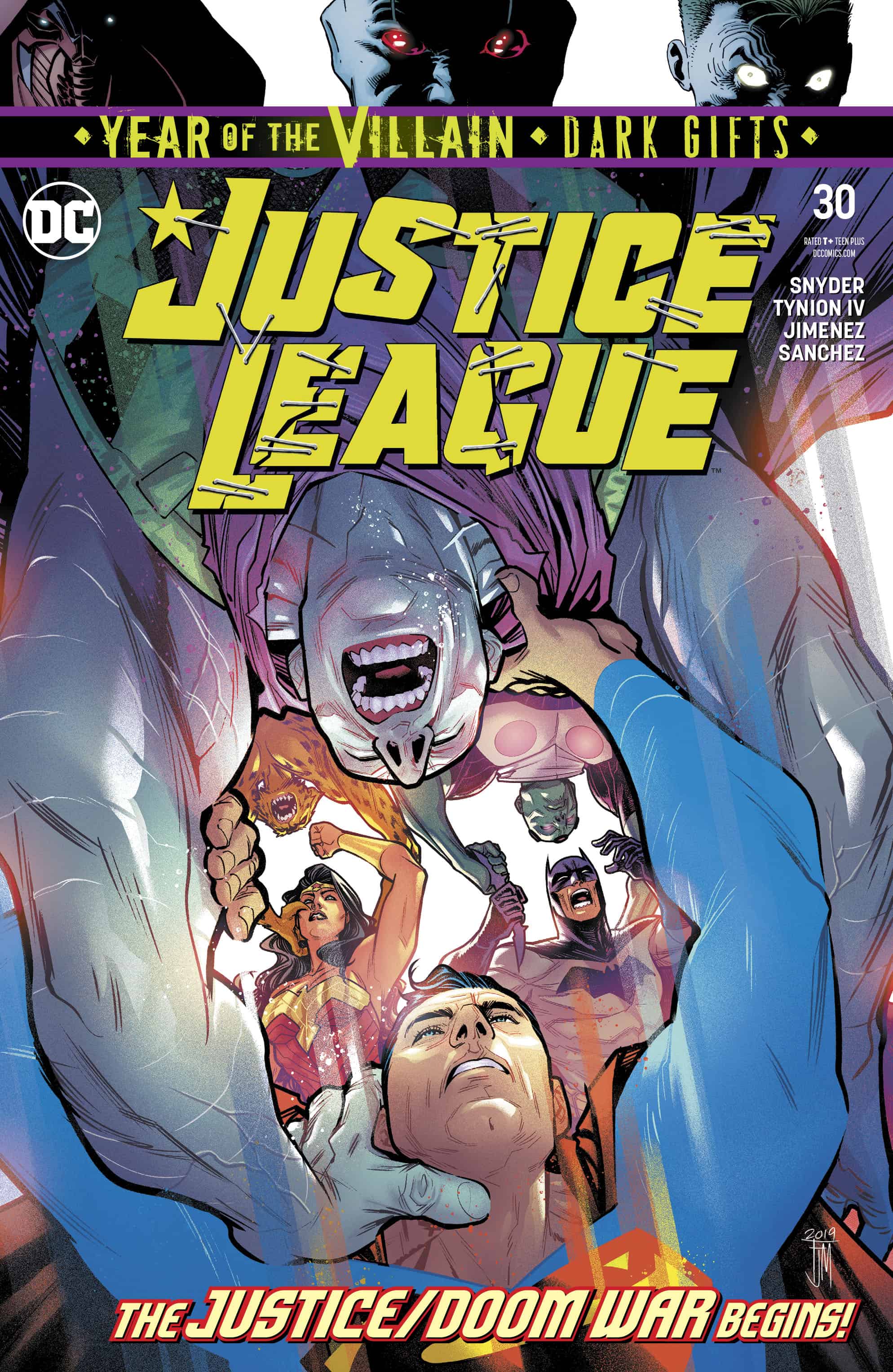 The "Justice Doom War" starts here! The Lex Luthor the League has known and fought is no more, replaced by an apex predator version of Lex, powered by Perpetua with a goal of bringing tragedy to the DC Universe. Now that Lex has powered up villains across the cosmos, he marshals his own troops, sparking a war between the Legion of Doom and the Justice League that will span space, time and the Multiverse itself. This is the start of the next big Justice League event, with consequences affecting "DC's Year of the Villain" and beyond! 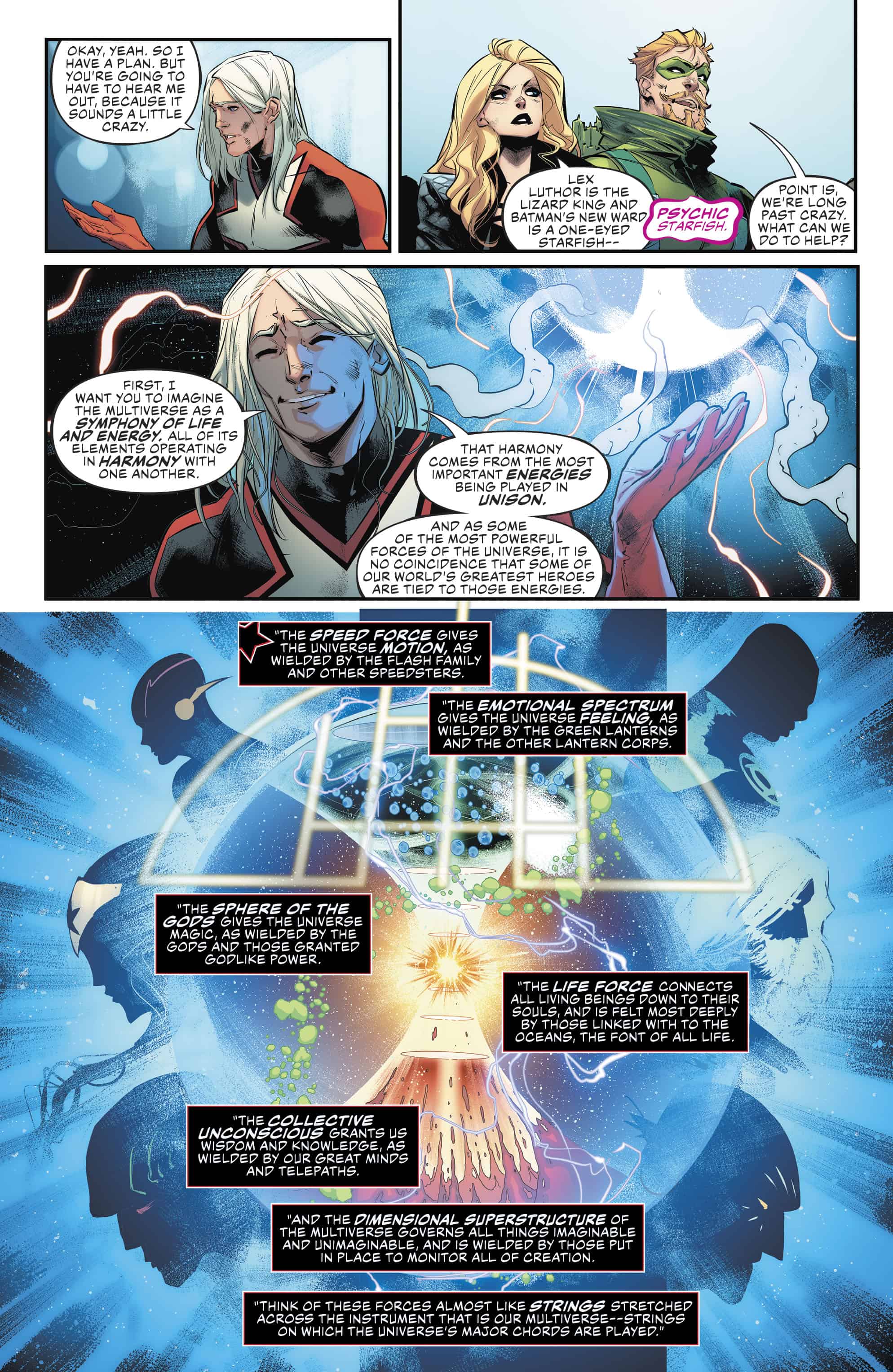 It is finally upon us. The moment Snyder, Tynion IV, and Williamson have been building towards since the opening pages of No Justice is here: “The Justice/Doom War” (and even further back if you include Dark Nights: Metal as the true beginning). Because this story has been so intricate, with so many moving parts, there is a natural amount of exposition throughout this issue, in some ways making it a chore to read. A contemporary contrast could be drawn from Jonathan Hickman’s current House of X and Powers of X mini-series at Marvel, where Hickman favors text blocks and charts over exposition but the end result is the same—if you want a story as complex and nuanced as those or “The Justice/Doom War”, you’re going to have to accept some burden of time and work as a reader. If you aren’t willing to do that, then this probably isn’t the book for you.

I am willing. And let me tell you, as a long-time fan of DC Comics and it’s greater expanded universe, the payoff was worth the time invested. This issue sees key members of the Justice League sent on missions through time to gather pieces of the Justice Totality in order to combat Luthor and his Doom Totality. John Stewart and Flash are sent to the past, landing in early-20th century New York City where they come face to face the Justice Society of America, while the Trinity (Batman, Superman, Wonder Woman) head to the future and encounter Kamandi, the Last Boy! Both teams discover that they are too late to stop the war by about two weeks. 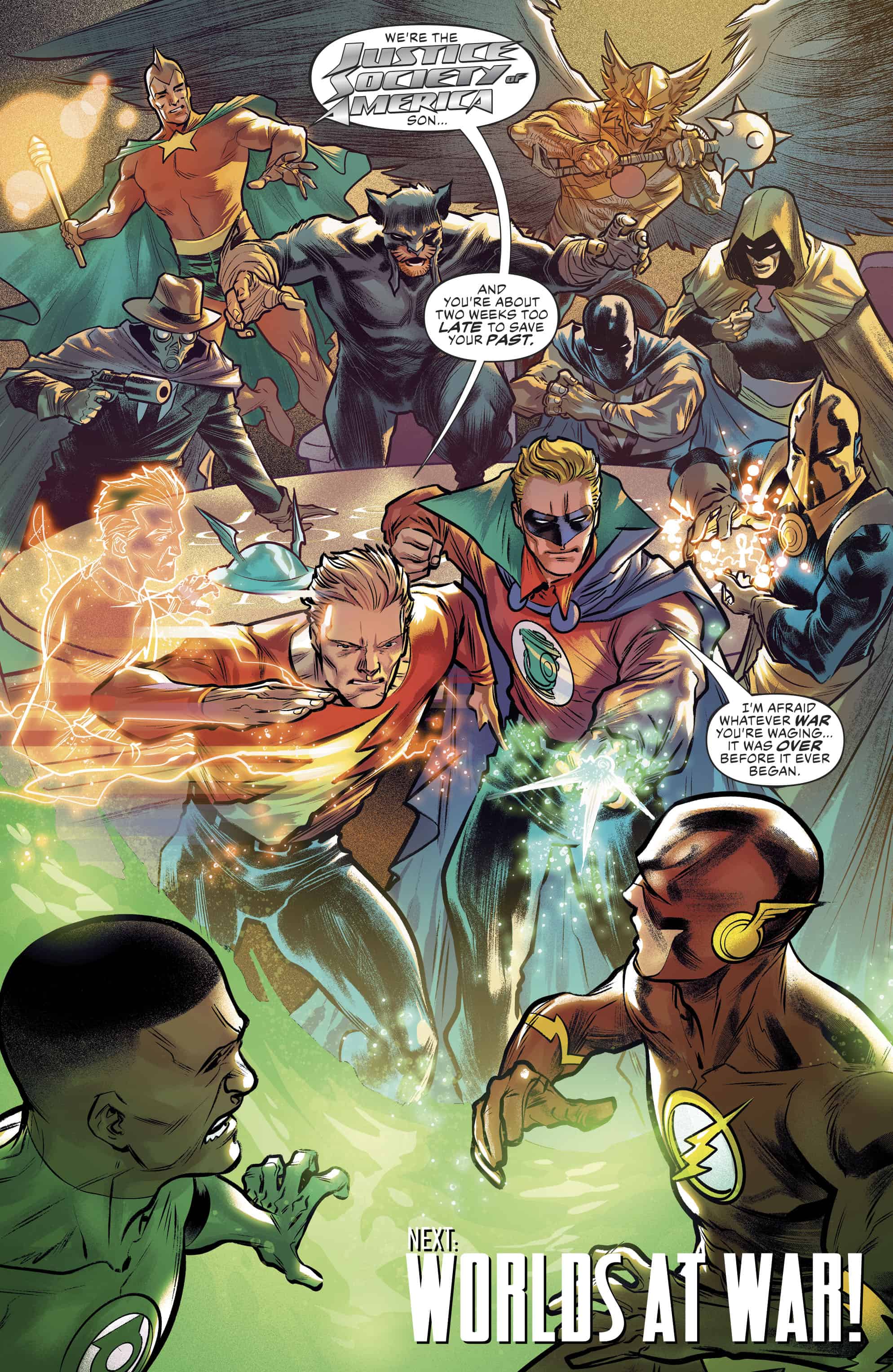 There is a certain sense of despair throughout this issue, as we see Guy Gardner and Hawkgirl talk about the futility of the current plan that I think adds a really interesting yet also completely standard element to the narrative. Reading superhero narratives over time, this use of despair is frequently deployed in order to strengthen the inevitable triumph. We’ve seen Superman’s confidence waver only to recollect himself and go finish off Doomsday, even though it cost him his life in the process, and a great many other events that deploy this method of story-telling but here it feels slightly different.

With the ways that the duality of existence have been laid out in this story, with a Dark Multiverse and Dark Harmonies linked to the Light, there is a sense that perhaps this story will see no winners at all. This feels perfectly primed to spawn something new, something we’ve never seen before, something comprised of both dark and light. I seems certain that we will see heroes and villains fall alike before this over but one can’t help but wonder what will be left of those who remain standing at the end? This type of black and white war seems quite open to seeing some allegiances shift. 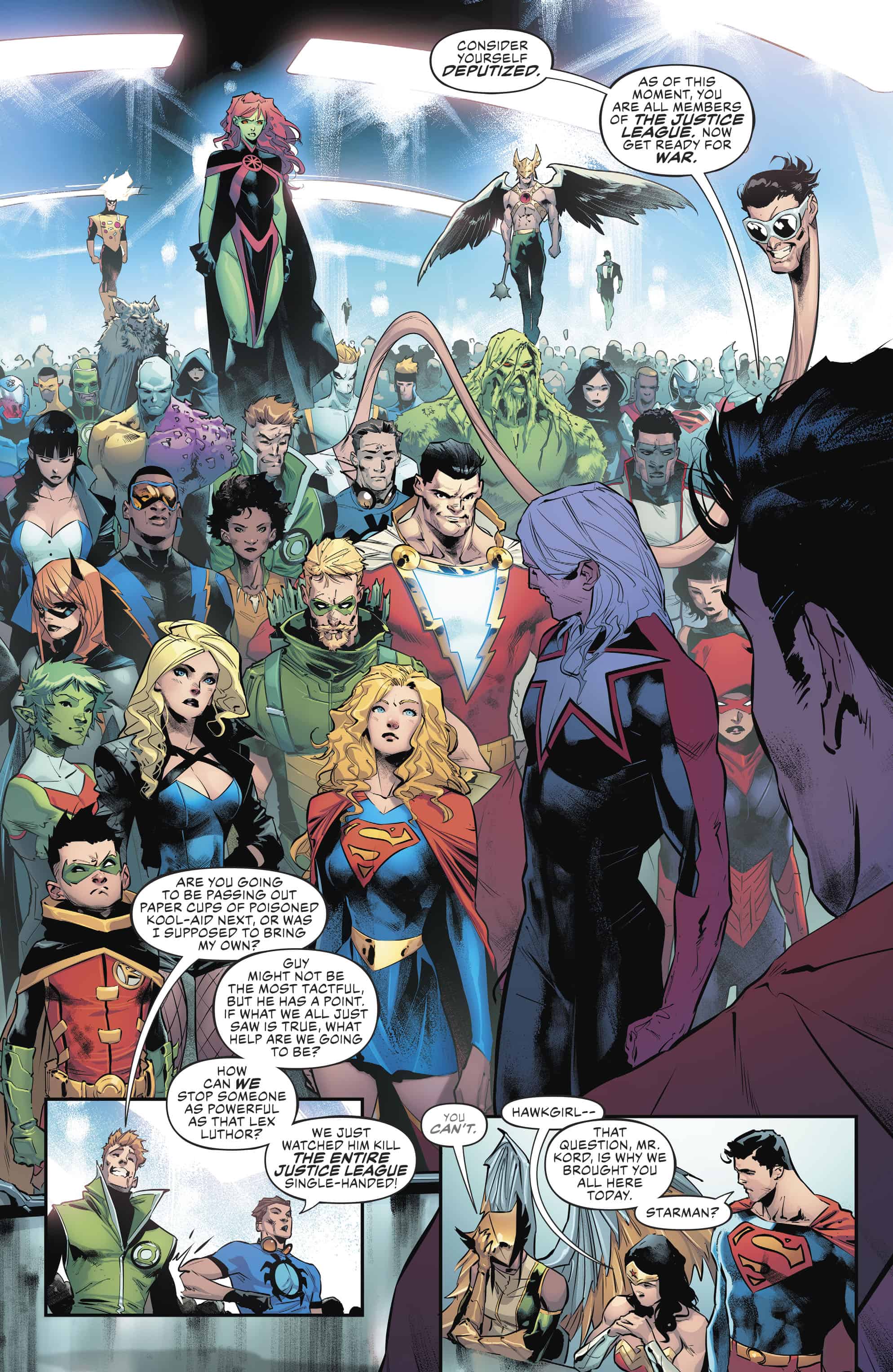 The artwork throughout matches the writing perfectly. Jimenez sometimes veers into oddly shaped bodies and strangely cartoonish faces but his ability to articulate group shots and galactic sequences is on par with some of the greats. I look forward to seeing more of his frenetic art style as this series moves from exposition into heavier action, and with the Legion of Doom bearing down on the newly deputized Leaguers, there should be no shortage of action in store.

SPOILER LEVEL: HIGH Justice League #30 (Snyder, Tynion IV, Jimenez) launches the “Justice/Doom War” in spectacular fashion, reintroducing a couple of old concepts into the moderns DC Universe. If you’ve hung on for this long, your payoff is finally here!