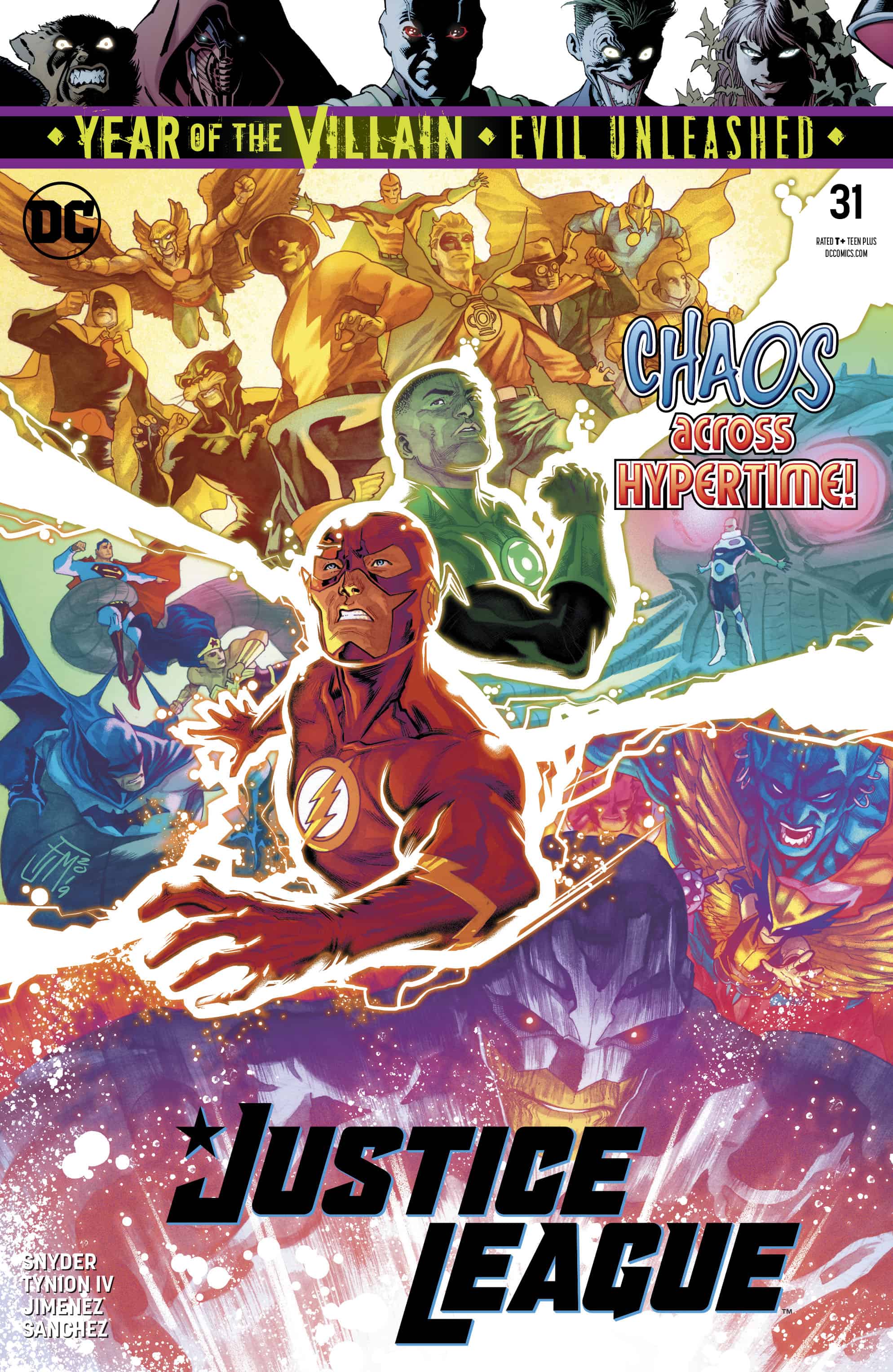 “The Justice Doom War” part two! The culmination of Lex Luthor’s plan hinges on his beating the Justice League to the prize, ratcheting up the peril as the Year of the Villain continues! The Totality has shattered and its pieces have been tossed across space and time. Thus, the Justice League must also split apart, forming three search teams to comb the past, present, and future to re-combine the Totality before the Legion of Doom can get its villainous hands on the cosmic weapon. What allies will our heroes find in these other timelines? In the future, it’s the Last Boy on Earth, Kamandi! But in the past, there are the familiar faces of the Justice Society of America! 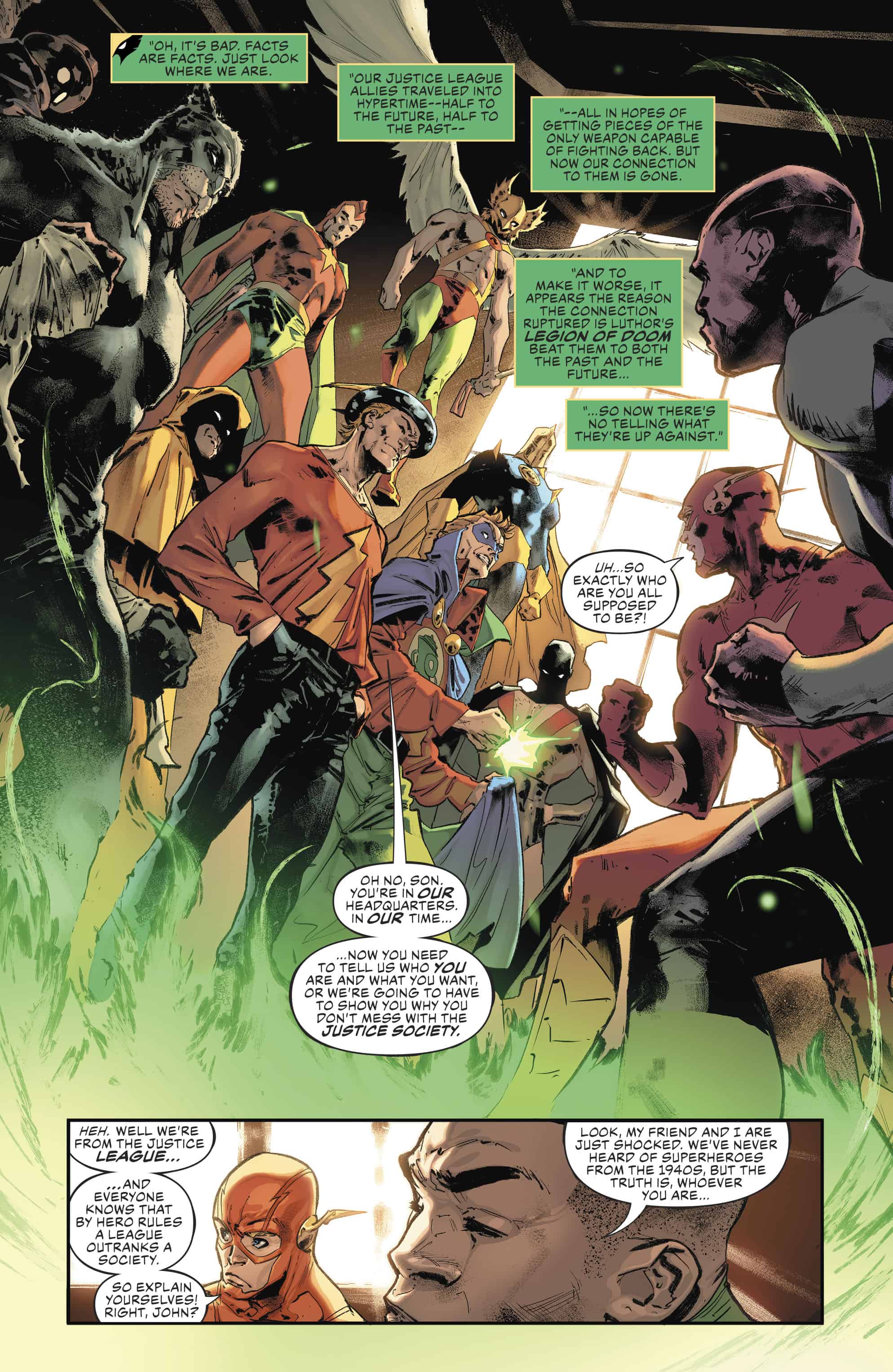 Following the exciting (but all too brief) return of the Justice Society of America in the last issue, the bulk of this issue is devoted to more fully reintroducing the JSA. Tynion and Snyder do an excellent job here of giving voice to the many members of the JSA, from Alan Scott’s calm rationale to Carter’s savagery. Each of these members felt distinct in their own ways– a skill that is often lost in ensemble books. 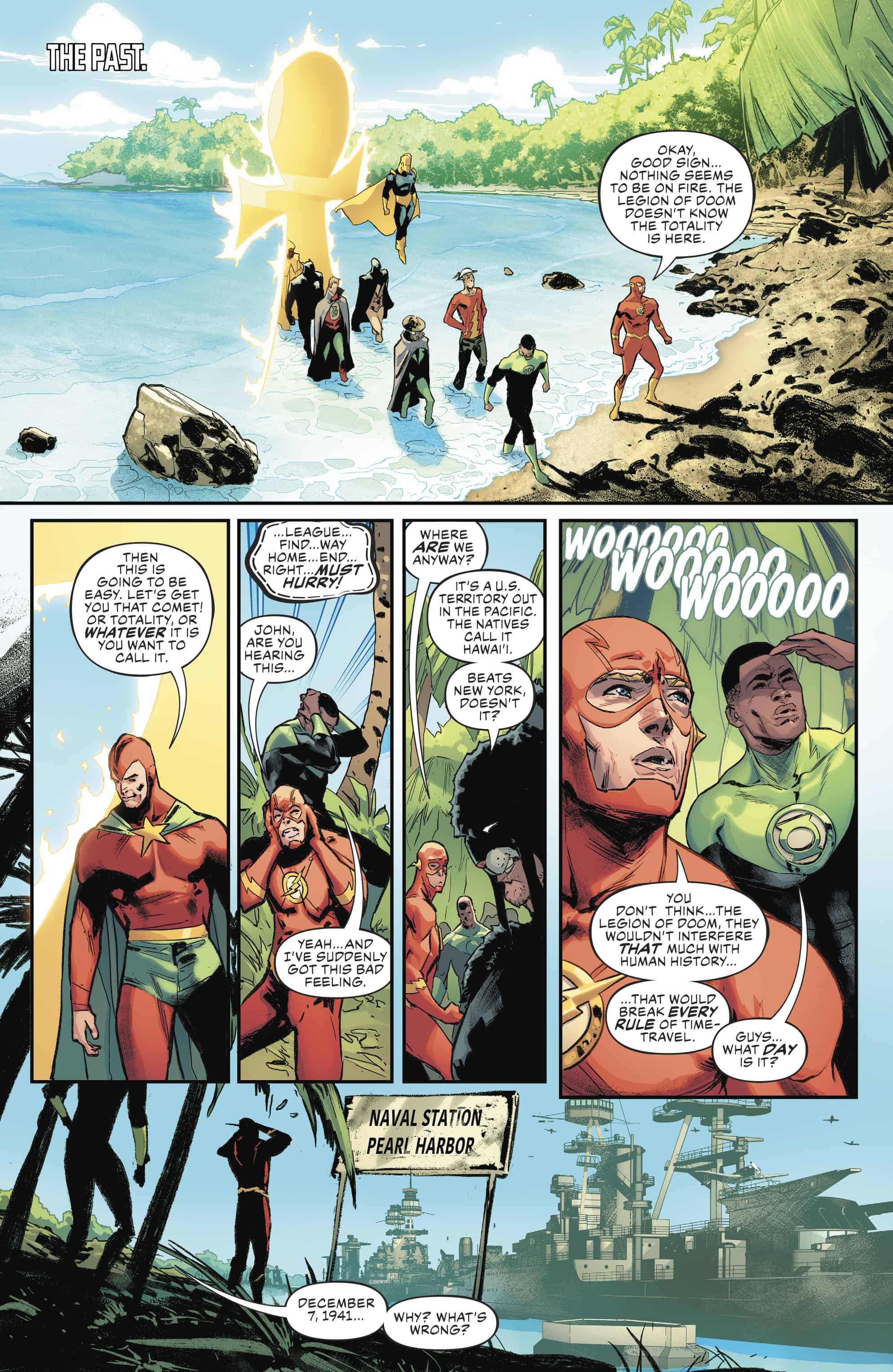 While I absolutely adored the moments with the JSA (as a long-time fan of that team and its characters) perhaps the most intriguing moments of the book are spent with the team in the future. Brainiac has bottled pockets of hypertime– potential futures– much in the way we have grown accustomed to him bottling worlds. As the Trinity and Kamandi realize they are not in the same future as the Totality Fragment they seek, they set off to travel to other bottled futures and find themselves face to face with another fan favorite creation, the Justice League A of the “DC One Million” event.

I mention all of this in order to highlight a particular strength Snyder (and also Tynion IV although Snyder seems to be the driving force here) brings to this series. Yes, the series can be too busy at times, more complex than is necessary at others, but in the end, Snyder is a fan writing stories for fans. He has a grasp on the history of the DCU in a way that many other writers seem to either not have or willfully refuse to mobilize. In reviving “DC One Million” along with Kamandi and the JSA, the realization of just how many cards Snyder still has potentially up his sleeve becomes even more exciting.

Who could we see next? 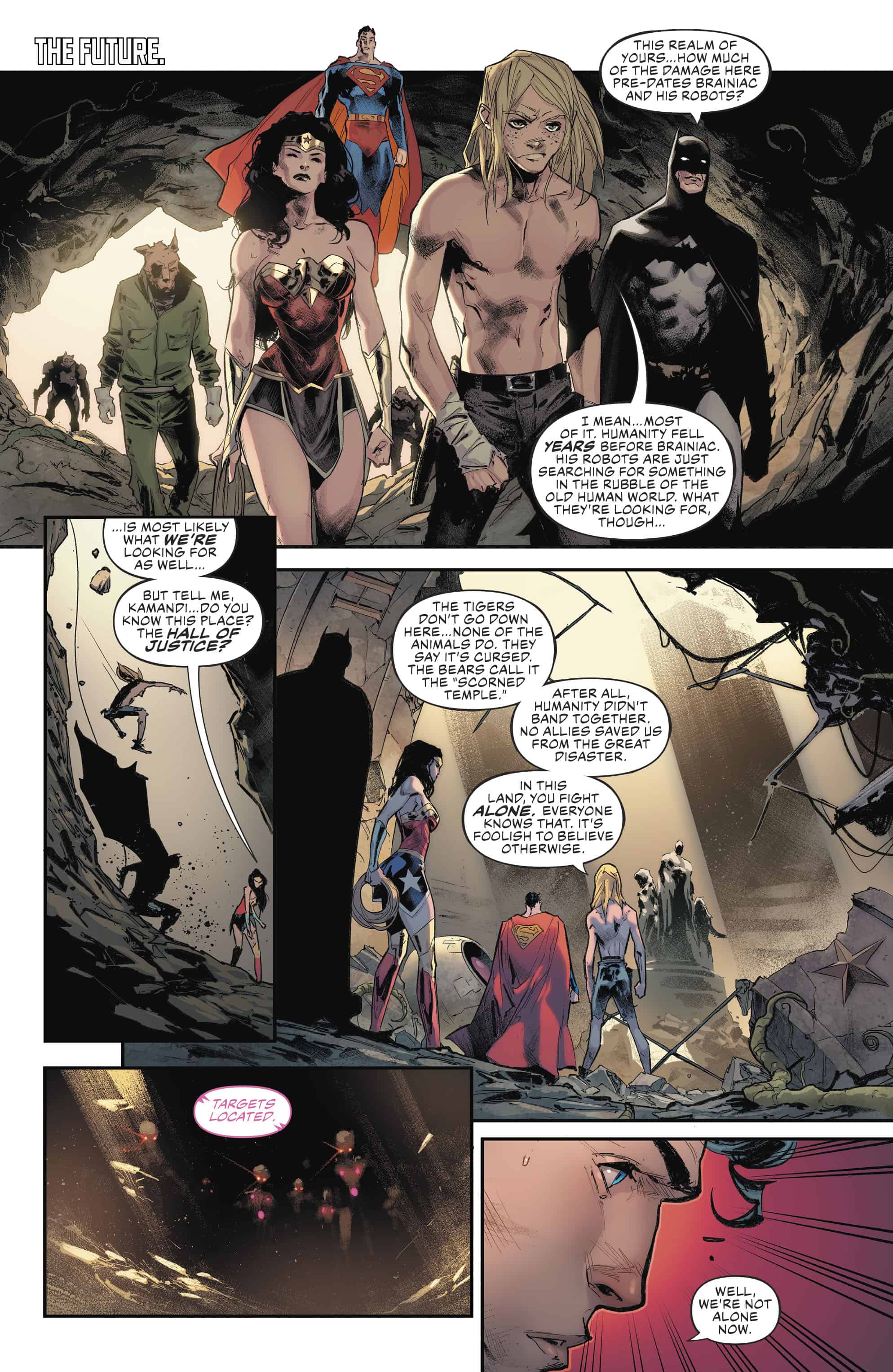 Jimenez does commendable work in this book. A lot is being asked of him by the writing team and he continues to deliver although that delivery is somewhat uneven. There are moments where faces and bodies seem somewhat distorted and others where the artwork simply isn’t as clean as other moments. Some of this unevenness could be attributed to an artist still finding his distinctive style or trying to code-switch between styles. I have no doubt that Jimenez will blossom into a top talent but for the moment, there are some consistency problems. Not enough problems, though, to drag down an excellent book.

The "Justice/Doom War" continues in Justice League #31 (Snyder, Tynion IV, Jimenez). Don't miss this wild thrill ride filled with even more blasts from the past (and future!)!