Justice League #34: Defeat from the Jaws of Victory 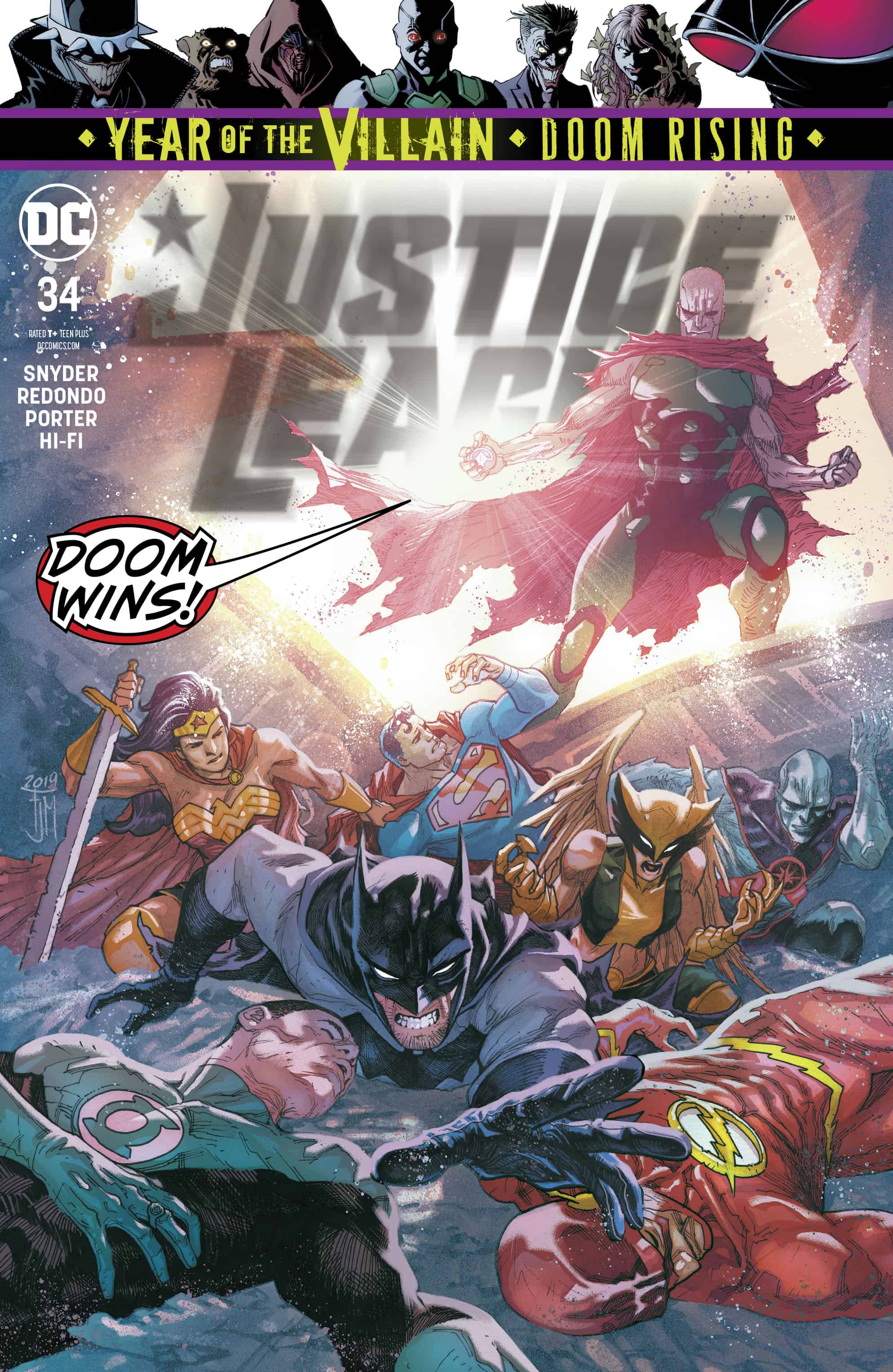 The Justice League teams in the past and the future furiously fight to return the Totality pieces to the present day and stop the rise of Perpetua. Even in their successes on their missions, however, with too many variables in place, can Justice cage Perpetua and stop the rapid descent into Doom? Find out in "Justice/Doom War Part 5".

This issue marks a turning point in this epic tale between Justice and Doom. In both the past and the future, we see unlikely alliances and exceptional teamwork towards a common goal but in the present, the fractures that stretch through this most unusual Justice League lineup seem to perhaps be too great to overcome. The figure of Kendra in this arc has been particularly intriguing. Having lost Martian Manhunter, all of Kendra’s worst traits become accentuated to her detriment. With the power she holds being crucial to the team’s success, her brash, brazen attitude in combat is certainly a dominant stumbling block for the team to overcome. That contract between the present and the past/future could be read as a commentary on where we currently stand as a society here in the United States. In the past, we successfully came together, and perhaps we will once again in the future, but Snyder and Tynion seem intent on illustrating the dangers of our current state of separateness.

The artwork in this issue, provided by Redondo and Howard Porter with HI FI colors, is simply put the strongest artistic entry of the arc. The widescreen, double page spreads which have become a calling card of this series all help to truly convey the magnitude of the events playing out. And for the artists, the toybox is open in this issue as the many alternate future heroes rise to match the excitement generated by the return of the Justice Society earlier in the arc. With so many fan favorites in play, there seems to be an added depth to the art that reminds the reader that the talent are often fans, as well.

"Justice/Doom War" continues in Justice League #34 (Snyder, Tynion IV, Redondo, Porter, HI FI, Napolitano) as the past and the future missions conclude, refocusing the story on the present.

Justice League #34: Defeat from the Jaws of Victory