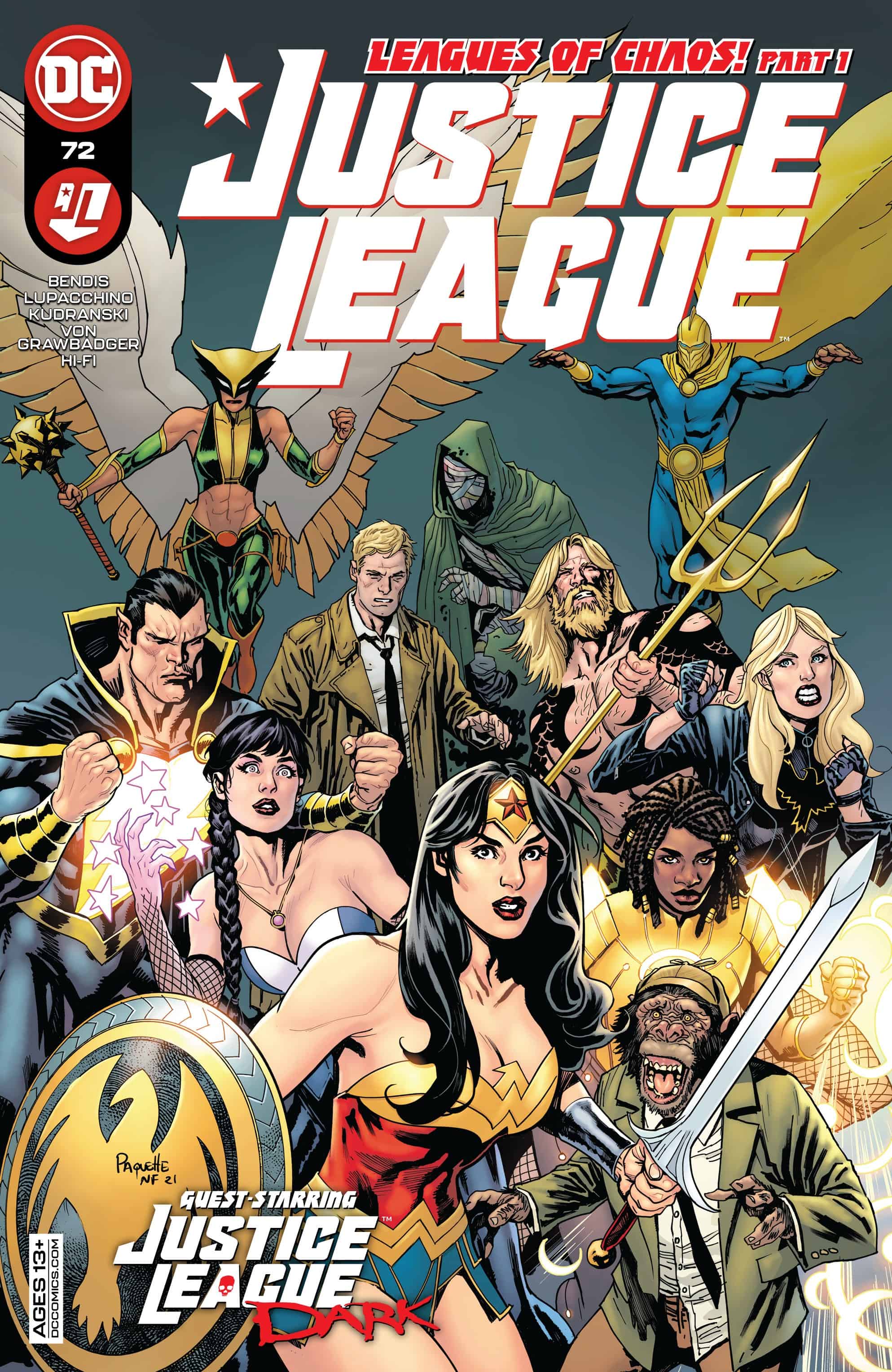 The Justice League may have foiled the interdimensional heist of the Royal Flush Gang, but their work is by no means done.  When a threat from outside time and space covets one of the team's most powerful members, Justice League Dark must scramble to warn our heroes.

DC’s Justice League has been moving at a breakneck pace for months now.  Since issue #59 in March, the first of Brian Bendis’s current run, more plot points have been introduced than should be possible in such a relatively short time.  Bendis, despite having added some of his favorite characters (Black Adam, Hippolyta, and Naomi) to the team and completing three separate arcs, just has not been able to make anything stick in terms of memorability.  Storylines, villains, and plot threads have come and gone with little fanfare.  The big-name author is trying to pull off a major storyline before his departure after issue #74, though, and it all starts this week.

If there has been a signature character throughout Bendis’s time on Justice League, it is no doubt Black Adam, who has strived to be his most noble and heroic self.  Just last month, Adam told Green Arrow, who has become one of the more influential people in the DC Universe, that he would have no qualms about serving as the team’s conscience.  It is a surprise, then, to see that this issue, and apparently this arc, will flirt with the idea of embracing the dark side of the antihero’s nature.

The issue begins with the sorcerers of Justice League Dark, the main team’s occult counterparts, struggling with visions of the destructive potential of Black Adam.  When said demigod ditches a Justice League fundraiser for his homeland, the source of their consternation quickly reveals itself.  Adam finds himself faced with a deity whose power dwarfs even his.  Some exposition about just what he and the Justice League are getting themselves into ensues before Bendis closes the issue by showing that JL Dark’s fears from the beginning of the story may not have been so crazy after all.

Whether by choice or necessity, this plot is illustrated in two separate styles, a gritty mid-2000s look for Justice League Dark and in vibrant, modern tones for the sequences starring Black Adam.  While either technique is adequate on its own, and the contrast actually works for the story, the stark difference can be jarring.

Brian Michael Bendis clearly means to end his time on Justice League with a bang and gets off to a great start with #72.  After just over 10 issues as a member of the team for Black Adam, though, can fans get behind a battle for the character's soul?  Will two issues be enough for Bendis to wrap up that sort of epic struggle?  Only time will tell.