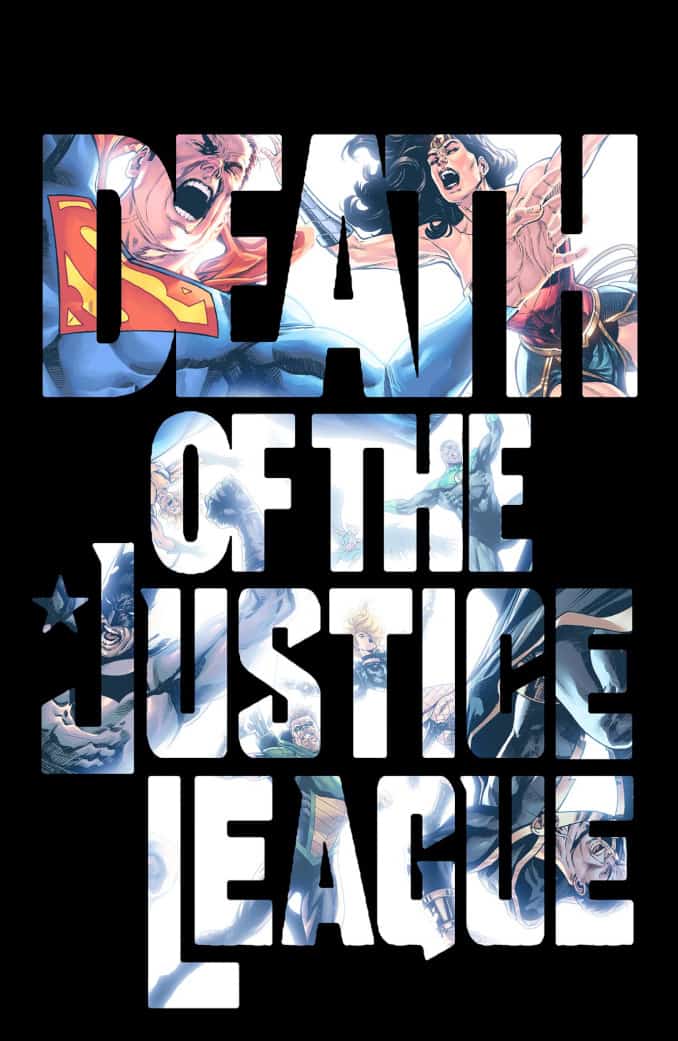 Oversize special issue! Superstar writer Joshua Williamson pens the beginning of the next big DCU event! It all starts here! A new Dark Army made up of the DCU’s greatest villains has formed on the edges of the Multiverse! The DCU’s best and most powerful heroes are pulled together in an epic war to push the darkness back! But in the end, they are no match for it! That’s right, you heard it here first: the Justice League are killed by the Dark Army, with only one survivor to warn the remaining heroes of Earth about what is coming for them! FINAL ISSUE!

For months it has been promised that the core members of the Justice League would meet their end to usher in DC’s next major event, Dark Crisis.  Justice League #75 is the first issue in a new run by writer Joshua Williamson and bears the narrative responsibility of killing off some of the team’s signature characters (er, for now).

The latest installment of Justice League spins directly out of Justice League Incarnate, a multiverse-spanning mini also penned by Williamson.  The conclusion of that series revealed that the Great Darkness, and not Darkseid, was the plague threatening reality. Darkseid was enslaved by the Great Darkness along with a cast of DC’s heaviest-hitting villains under the command of Pariah.

Considering the daunting circumstances they were left in during their miniseries, the multiversal heroes of Justice League Incarnate teleported the main team to the House of Heroes.  After briefly explaining their plight to the Justice League, the assembled heroes soon had unwanted company in the form of Pariah and his army of the Great Darkness.

The issue explodes into a brawl of epic proportions, all centered on stopping Pariah from activating the machine that began the original Crisis on Infinite Earths.  This proves no small task, as Ares, Darkseid, Doomsday, and Nekron are among those enthralled by the Darkness. (Yeah, THOSE guys are only the warm-up act.) Black Adam and Green Arrow shine in particular during the melee before Pariah effects the promised Death of the Justice League. This catastrophe comes in waves, with scattered demises before a shocking conclusion that doubles as a callback of sorts to one of the medium’s most iconic deaths. The details will shock, and there’s an undeniable power in the blunt force trauma Williamson pounds the League with. Readers may sniff, “Death is a temporary gimmick” in superhero tales, but Williamson and artist Rafa Sandoval are sure to leave even the most jaded fans feeling more than a little nervous. Make no mistake: this comic is BRUTAL.

Sandoval has to work through some cumbersome, multi-panel pages to set up the plot, but does so aptly before the issue transitions to action scenes.  During the busy fight sequences, he keeps things as coherent as possible while mixing in some great pages, particularly Green Arrow’s involvement in the issue.  One would think Sandoval delighted in recreating a couple of legendary images, one from Crisis on Infinite Earths and another from Infinity Gauntlet, as the comic wraps.  The art has a blockbuster feel requisite for a story of this scale and continues a trend of great pencils from throughout DC’s line.