Justice League Incarnate #4: The Passion of the Darkseid 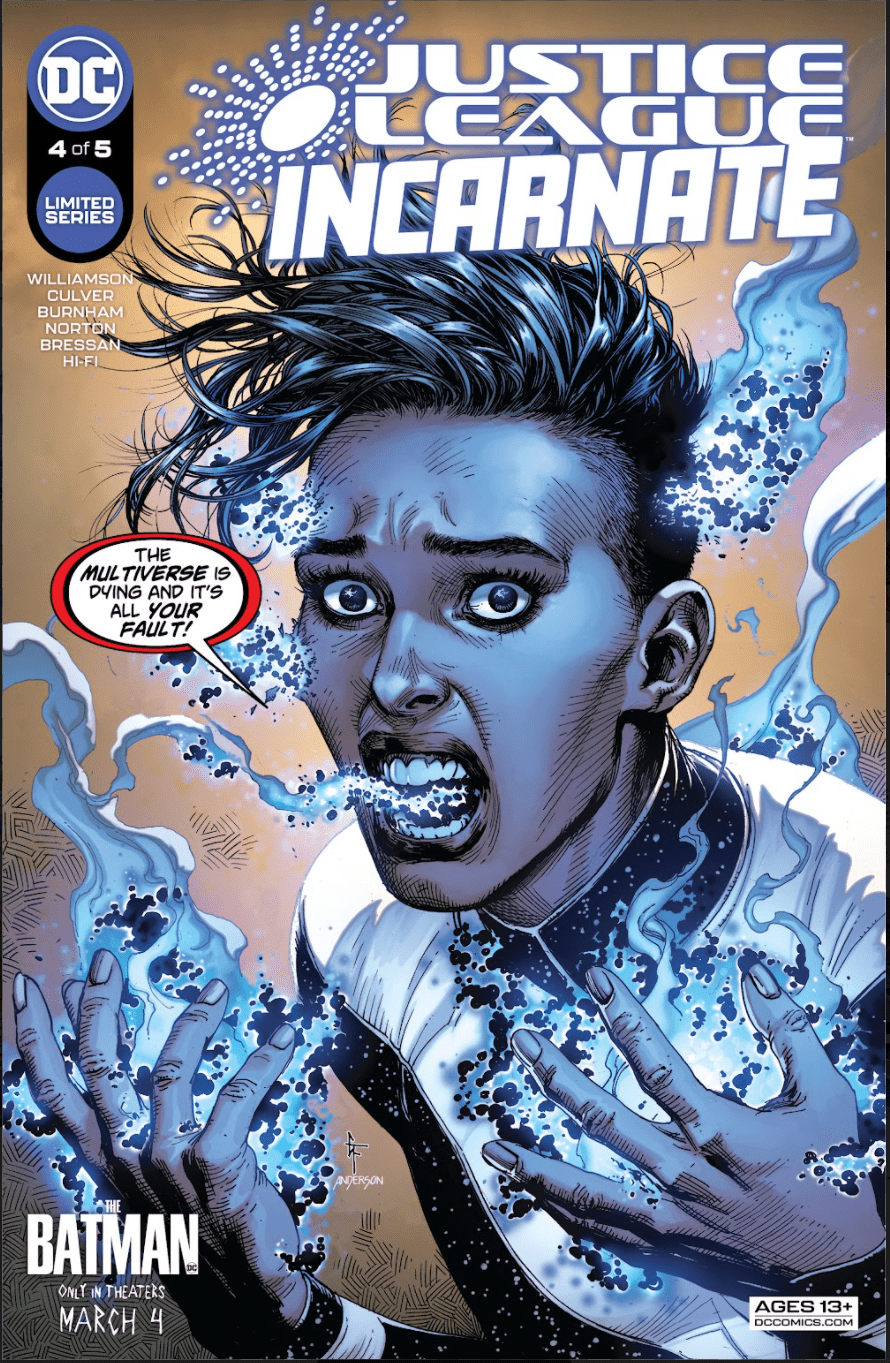 The Justice League Incarnate's only option for stopping the encroaching Great Darkness is... to let Darkseid win?! Say it ain't so!

Justice League Incarnate continues to be a joyously unexpected good ride. At this point in DC’s tangled, twisted, gnarled continuity, having a book – even a mini-series – dedicated to trying to make sense out of it, or at least craft a convincing throughline, is a worthwhile endeavor. With all of the various crises, death metals, flashpoints, convergences, and zero hours that have sworn up and down to “fix” continuity and instead make it even more confusing over the years, just having something that can serve as a continuity bible (that doesn’t read like stereo instructions) is, if nothing else, really nice to have.

Thankfully, though, Justice League Incarnate has proven to be a heckuva lot of fun, too.

Having its cast be alt-universe version of beloved characters means the gloves are off with regards with what can happen to them. Whereas DC would never allow Batman to have some sort of permanent (-ish) damage done to him, Thomas Wayne could, in theory, have his torso ripped off and The Powers That Be wouldn’t blink an eye. That level of unpredictability is part of what makes multiversal tales so much fun. The counterargument is that if it isn’t the “real” version of a beloved character, then anything that happens to them “doesn’t count.” That’s hot nonsense, but that doesn’t stop some from feeling that way. To each their own.

Writers Joshua Williamson and Dennis Culver are clearly having the time of their lives running absolutely buck wild with this miniseries, though. And if the recent announcement for Williamson’s plans for Justice League are any indication, he’s just warming up.  Issue four delivers a concise yet much-needed explanation as to how the Great Darkness connects every DC crisis since 1985, and does so in a convincing way – even evoking Alan Moore’s legendary Swamp Thing run in a way that doesn’t feel like manipulative fan service. And it moves the story’s ball forward in a major way, giving the Great Darkness an agency it hadn’t previously had.

If there’s anything that feels like it fell short this issue, though, it’s the art. Chris Burnham is a great artist, and his pages feel spot-on. Unfortunately, though, the other artists’ work just doesn’t land, nor does it feel like it carries the appropriate gravitas for this story. The pencils feel like a combination between Chris Sprouse and Bruce Timm – both wonderful artists, but neither are choices I’d make for an end-of-everything, multiversal-stakes story. That doesn’t mean that Mike Norton or Andrei Bressan are bad artists – just not quite right for this particular project. As an aside – and this is more in hindsight than anything else – it would have been nice if the series had dedicated to just one artist throughout, for greater consistency from start to finish.

Big things are on the horizon for DC’s multiverse. If you’re a fan of these things, or just really fun comics, Justice League Incarnate has proven itself the dark horse comic for both.

Run, don't walk! Justice League Incarnate is the comic you shouldn't be sleeping on, and issue four is no exception!

Justice League Incarnate #4: The Passion of the Darkseid