Justice League: Last Ride #1: Are We There Yet? 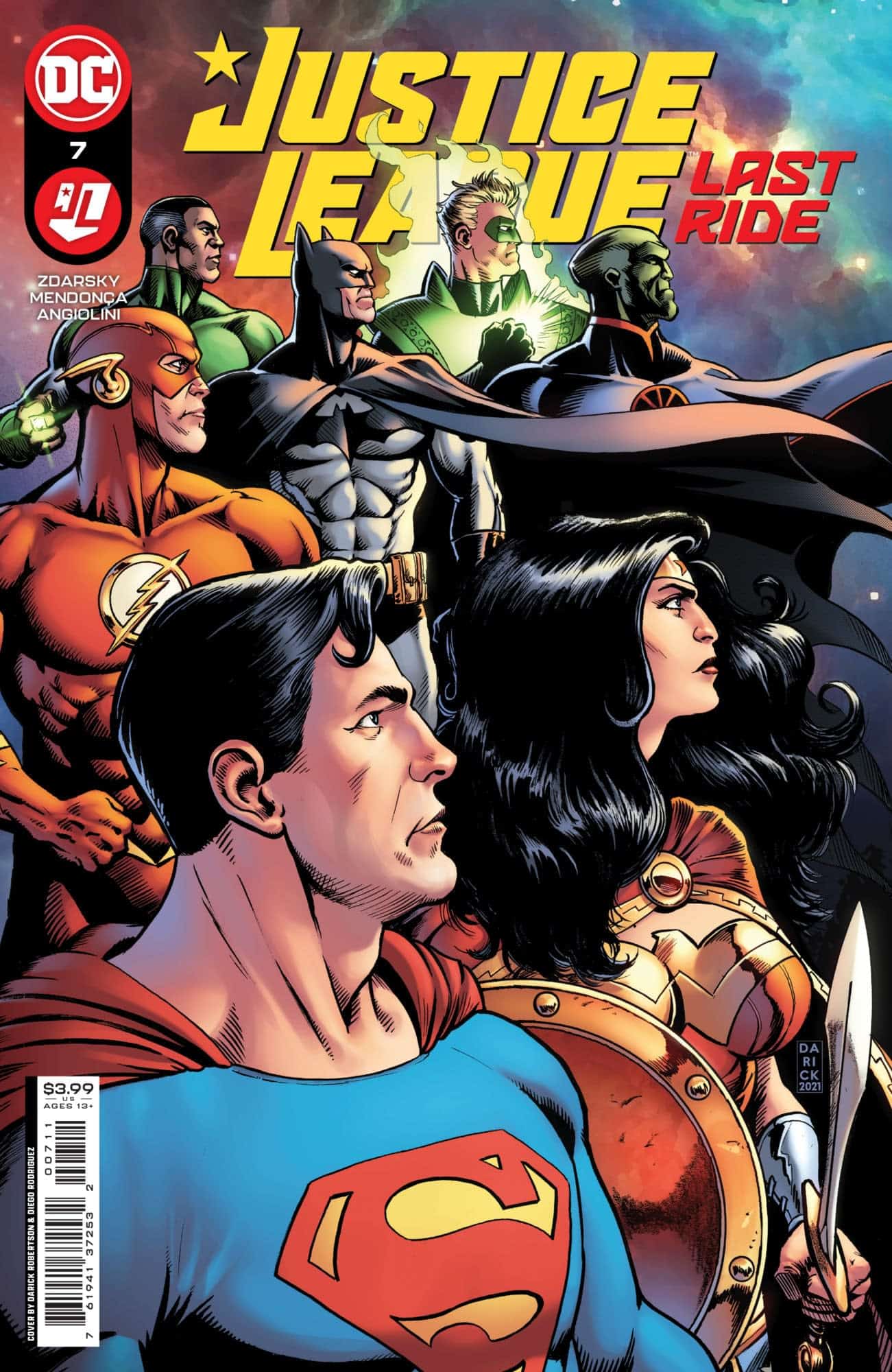 IT’S ALL BEEN BUILDING TO THIS-past and present and future all collide here in the final issue of this monumental series. Everything connects back to J’onn’s death, Batman’s final decision, and Superman’s regret-it all has been leading to this final confrontation with Darkseid. Who lives (some do!)? Who dies (some do!)? It all culminates in a bombastic finale from which the Justice League will emerge eternally changed.

Space was once touted as the final frontier for humanity, but if you ask the big two comic publishers, it’s something we should squander mostly to a tiny corner of a publishing line. The big two seem afraid of committing to space-faring super teams, if made clear by the relatively short runs of Justice League Odyssey, Guardians of the Galaxy and various Green Lantern runs. DC especially feels like it needs a cosmic reckoning, something to unify and streamline its massive tangle of cosmology like Annihilation did for Marvel previously.

Justice League: Last Ride #7 feels like a book that could’ve been that exact type of title, as it threw everything on the wall as it ventured across the DC Universe. The last page set-up of the book feels like the springboard for a new series, one that could fill the void of a space-heavy team book. In the same way that Justice League Odyssey could have been a standout in the post-No Justice publishing line, the new team in the pages of Last Ride could offer that limitless series of possibilities.

Chip Zdarsky’s script is as well-plotted and engaging as possible for what’s been an inconsistent series, and still feels out of place in the larger context of the DC Universe, in-continuity or not. It’s not targeted and fresh like his other major out of continuity series, Spider-Man: Life Story nor does it feel grounded and focused like his recent arc in Batman: Urban Legends. It feels like a book lost in limbo, trying to strike it as an evergreen book but instead falling as a book that feels stale from the moment it hit the shelf. It is an extra disappointment due to Zdarsky’s previous track record and feels like the first book in a long time that feels like it’s lacking the Zdarsky magic touch. There’s nothing egregious or terrible about the book and just feels bland and forgettable, which is sometimes worse.

Just like Zdarksy’s script, Miguel Mendonça’s art also feels like it falls flat at the end of the book. Other than a standout segment in which Mendonça gets to render the entire League (which is a splash that would make a great poster), the rest of the book’s pencils don’t sing or have a flair. It’s a very by the numbers collection of linework, and nothing outside of that one splash sticks by the end of the book. Again, it’s nothing that feels insulting or a waste of time/money but just goes by. Enrica Angiolini’s colors don’t add much to the overall experience, feeling just as flat as the rest of the book.

The best way to describe Justice League: Last Ride #7, and the book as a whole, is a book that just functions. It’s not unfair to say that making a comic is a small miracle, no matter at what level it’s being made. Last Ride gets the reader from point A to point B, but only the premise and end have any weight or legs to them, with everything in the middle falling to the wayside. The biggest hope to have for the book is it hopefully sets up a more interesting status quo going forward for the DC Universe, continuing the elements that worked in the book.

Justice League: Last Ride #1: Are We There Yet?