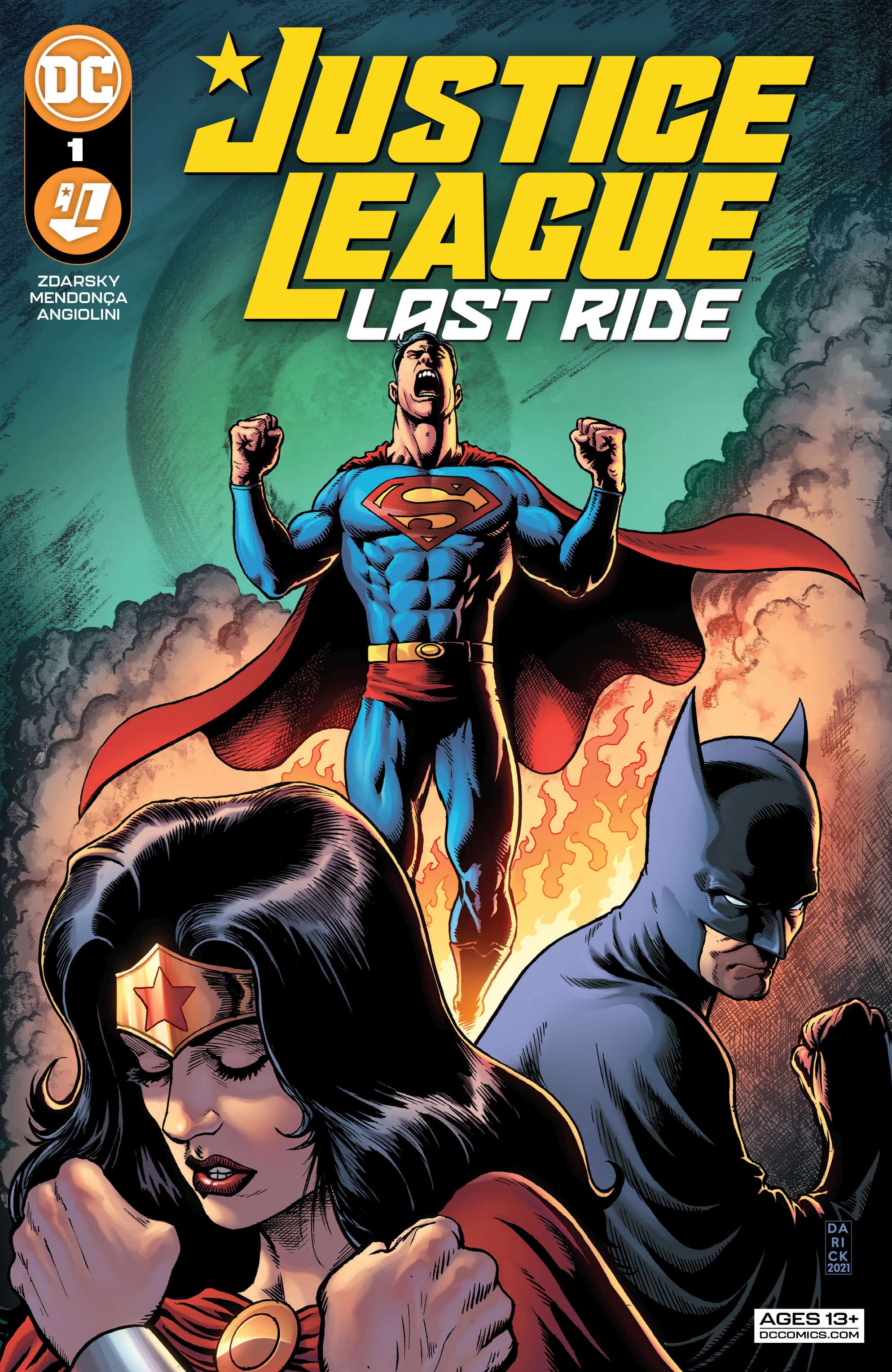 The Justice League is a thing of the past, broken apart by a bitter feud between Superman and Batman. But now, an emergency of cosmic proportions is forcing them to work together again - uncomfortable though it may be! Can the team bury the hatchet long enough to save the day, or is this truly the Justice League's last ride?

Justice League: Last Ride is the highest-profile release to date for DC from Chip Zdarsky, but unfortunately, it doesn’t quite land. The fault isn’t really his – although I’d be hard-pressed to read Last Ride and come away being able to say, “Yes, this is a Zdarsky comic.” And on all technical merits, Last Ride does in fact land. The pacing is spry and the mood is appropriately somber. Team and character dynamics are true to form.

The problem is that Last Ride is a story we’ve all read countless times before, and is reliant on storytelling gimmicks that are supposed to be dramatic but are so overused they come off as disingenuous. Superman and Batman are mad at one anther…. but why? That question is supposed to create dramatic tension, but instead falls completely flat because the “What happened in the past that we haven’t told you about yet but obviously has an impact on current events” trope is so thoroughly and completely played out. It would have been so much more interesting for Last Ride to have taken the same idea but made it about the League finally, at last, coming up against a threat too great for them to handle, and coming up short. Instead, Zdarsky relies on cheap titillation to hook readers in to a plot that, frankly, doesn’t rise to the occasion.

The threat that is so great that the broken League must come together and overcome their differences? Um… bodyguarding Lobo, who apparently killed the New Gods and is set to go on trial by the United Planets, but also has a giant bounty on his head thanks to his long history of heinous actions. That’s all well and good, and would make an okay plot in the monthly Justice League book, but as a plot device, falls perilously short of feeling like a true enough emergency that the League must overcome their differences and reunite. And if it is that big of an emergency, then Zdarsky simply doesn’t do a good enough job selling it as such.

Most of the characterizations in Last Ride feel like one-note versions of the characters we know and love: Superman is a Boy Scout to the Nth degree; Wonder Woman is stoic; Batman is a paranoid loner who Must Always Be Right. There’s something to be said for any writer needing to set the table before he can move the plot forward, but the way the team is written here feels more like a bullet-points version of each hero, ticked off to ensure familiarity but not much else.

The art by Miguel Mendonca and colored by Enrica Angiolini falls short, too, of the task at hand. Mendonca is a talented artist, but some of his characters simply feel off-model – Superman in particular, who should have a commanding yet calming presence and instead looks like he escaped from an old Aspen comic. Swap out the uniform, and Mendonca’s Superman could be anybody. His inks, too, are inconsistent – scratchy and heavy in some panels, lithe and barely present in others. I almost think that’s more of a problem than the pencils themselves, honestly, but it doesn’t help that all male figures in this book have identical looks to them, as though the same model was used for everybody.

At the end of the day, Justice League: Last Ride simply feels like a rehash of tried-and-true plots we've all read before, but fails to bring anything unique enough to the table to counter that. Characters are reduced to one-note versions of themselves, the reasons for getting the team back together fall utterly short of the task at hand, and the art leaves everyone looking either off-model, too similar, or both. The creative team is a talented one but sadly, this is simply not one of their finer efforts.