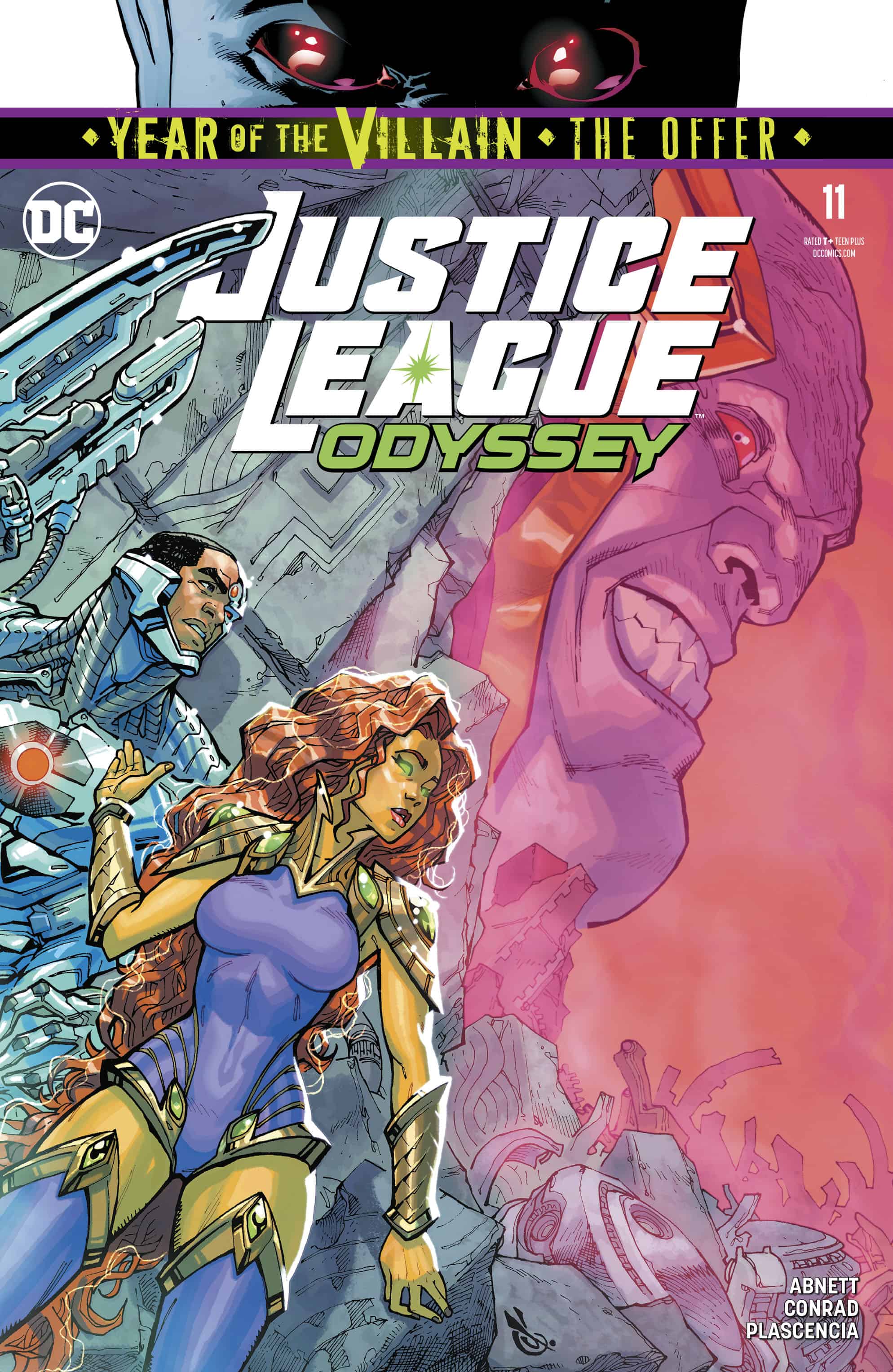 The issue begins with Luthor and Brainiac discussing Darkseid, with Luthor wanting to track him down and bring him into the Legion of Doom and Brainiac assuring him that Darkseid is no longer in play, just to ensure the right to put the "Year of the Villain: The Offer" banner on this book. 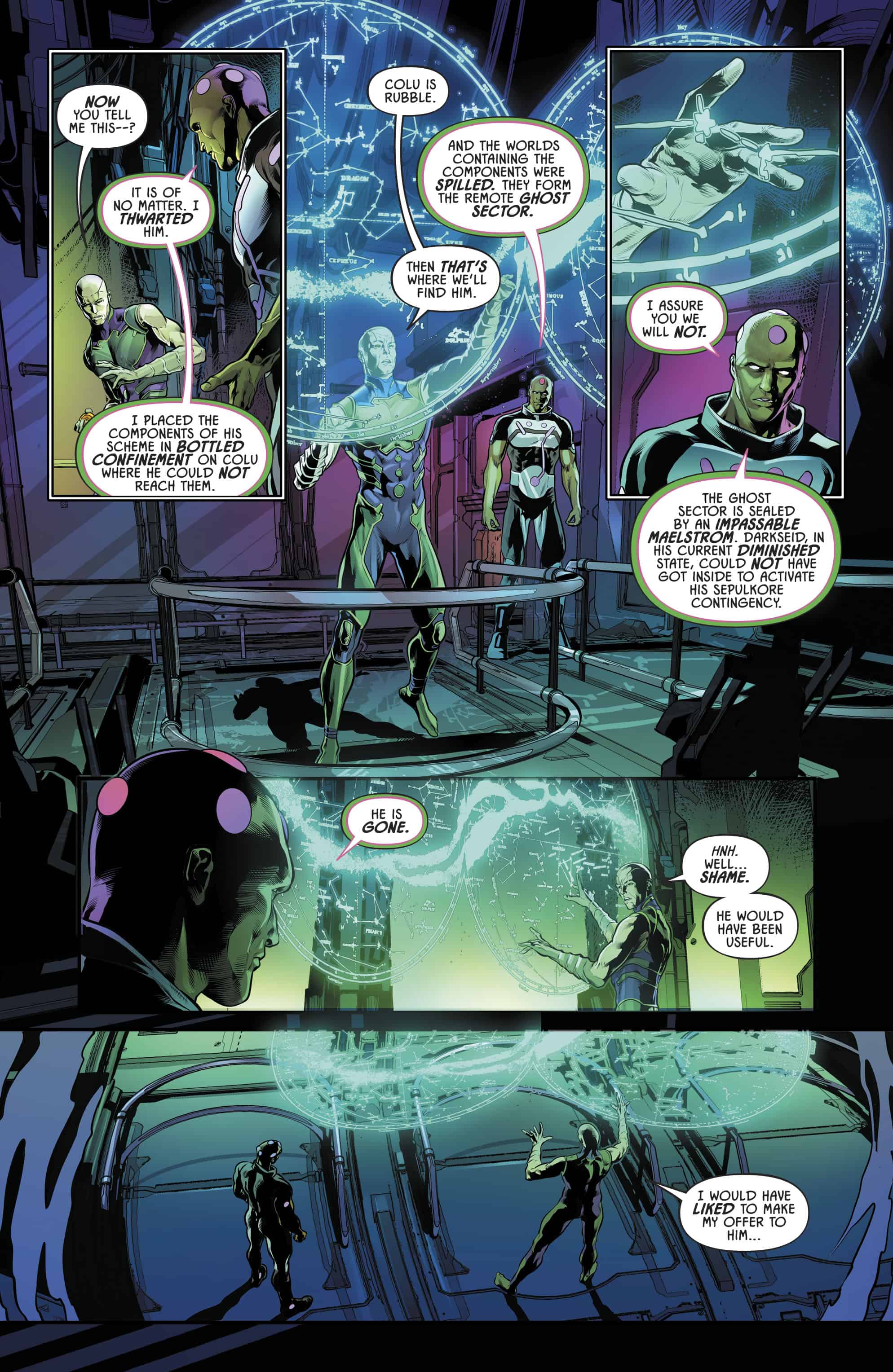 Afterwards, as Darkseid mocks their ignorance, our heroes discuss the viability of their plan  to take control of Sepulkore and use it to preserve the universe rather than only the Ghost Sector. Victor expresses concern that he might not have the processing power to actually use Sepulkore even if they somehow could gain control of it, so he agrees to look into that with Darkseid and signal the team later. Darkseid, of course, is already aware of this plot and takes control of Victor using the argument that there is no Victor Stone, only Cyborg pretending to be human.

The heroes plan feels ill-thought through and haphazard. So does this entire series. Throughout most of the “Year of the Villain” tie ins, the actual offer moments of the book have seemed forced into the issue, however in this case, it actually managed to be the most interesting part of yet another dull issue. Yes, for a change of pace things actually happened in this issue but none of them made much sense or seemed to have any sort of weight to them as this series meanders towards its inevitable end. The art continues to be pretty solid but I can’t help but feel like there are other, better written books at DC that are in need of better artists (Hawkman, currently?) and these talents are being wasted on a book that I’ve yet to hear anybody have anything good to say about. 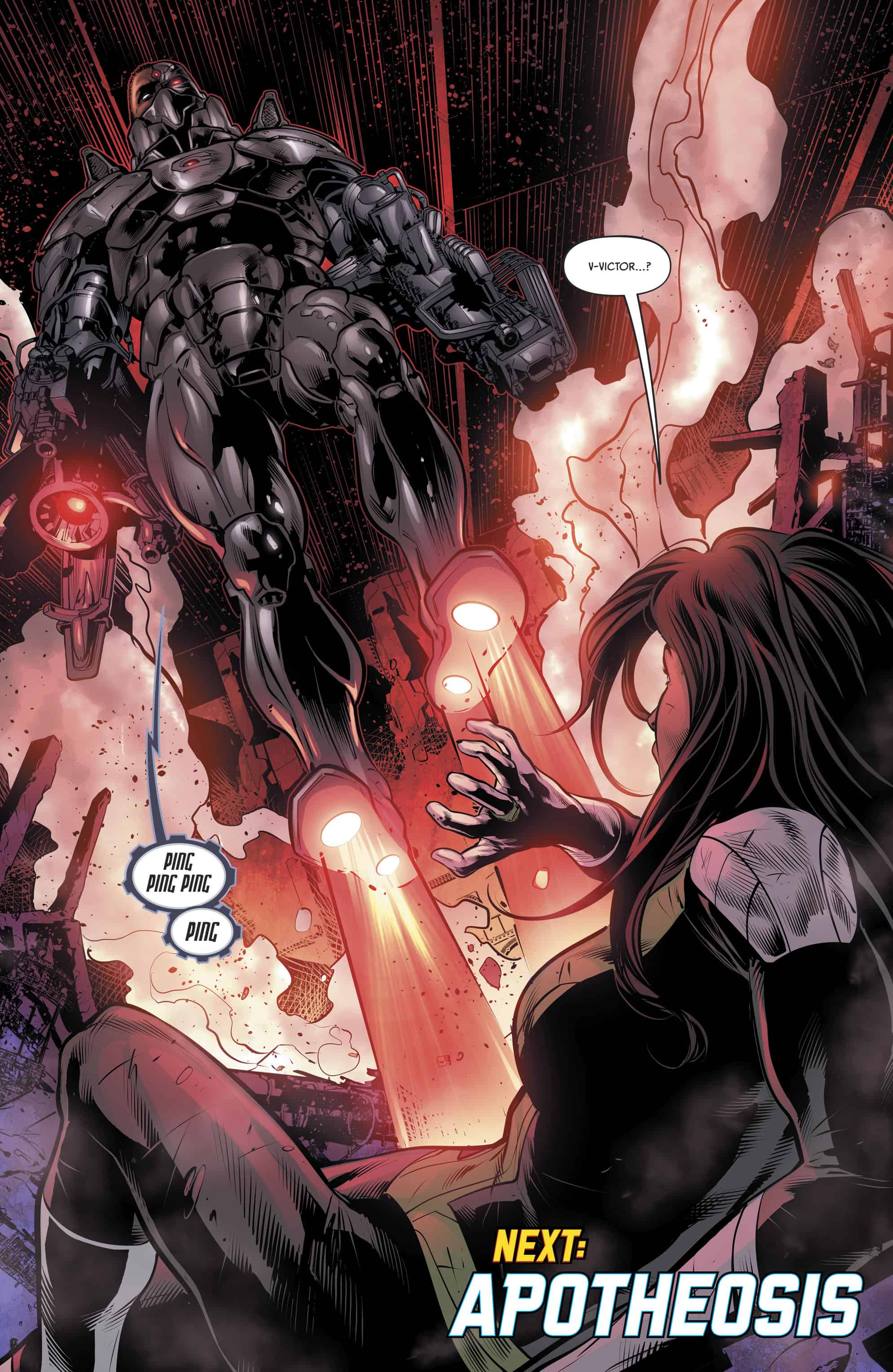 In case you forgot, Justice League Odyssey is still a thing.