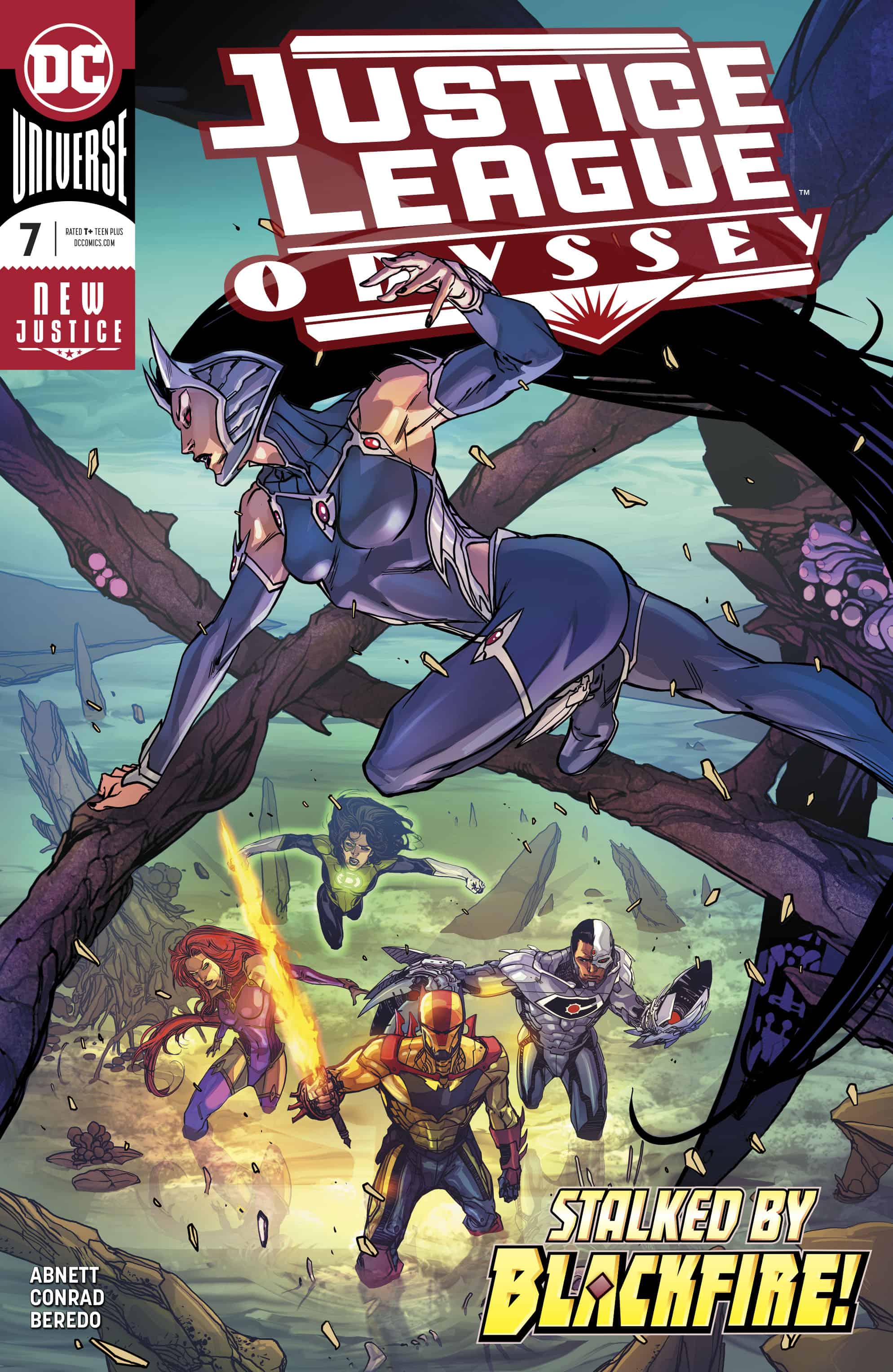 On Tamaran, the "team" battles Blackfire's armies for survival and Starfire gives in to her rage (likely due to her contact with the Multiversal Key). While Starfire is subdued from her freak-out, Victor has the foresight to send a drone to gather all the intel he can on Darkseid's whereabouts and the team sets off to track the New God down for answers. 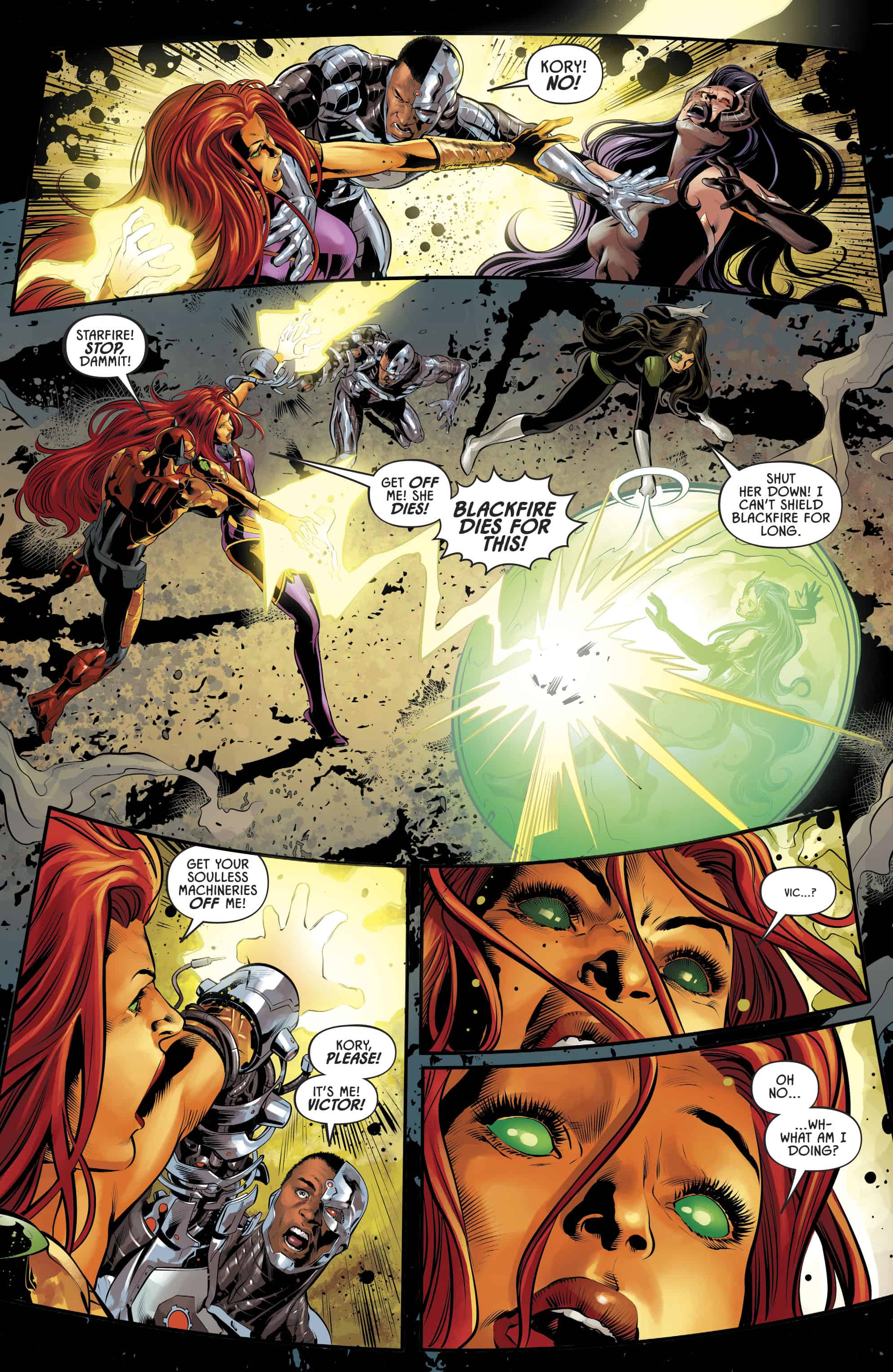 Once they find Darkseid, however, it is clear just how far this god has fallen as they must then battle long-prophesied "anti-life carrion feeders" to prevent the last of the New Gods from being wiped from existence. Successful for now, the time for answers has arrived. 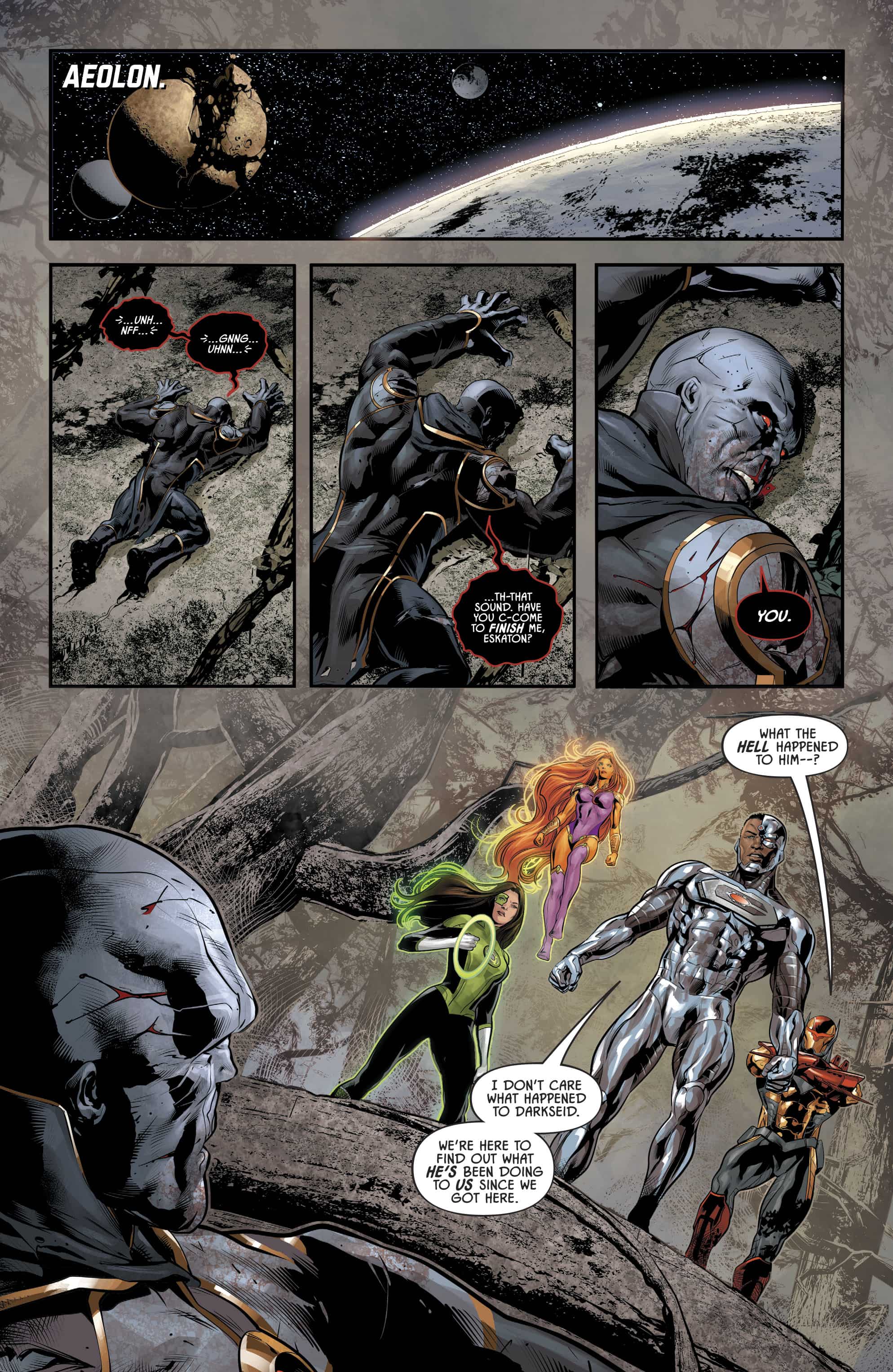 After a zany first five issues by Joshua Williamson, Abnett’s first arc feels both overly controlled by recent history and yet somehow rudderless at the same time. It is admittedly a difficult act to follow as it seems clear that Williamson had some sort of extended run planned (at least, I hope he did) and now Abnett is left holding the bag, trying to corral this haphazard team and plot into something coherent. His efforts are valiant but still unfortunately fall flat. With the promise of answers from Darkseid next issue, one hopes that a clear direction will emerge and some of the heavy exposition can be laid to rest.

The art from Conrad and company in this issue was the clear standout of the issue, with a strong grasp of perspective and space on the page, making it the best drawn issue in a series not lacking for strong art. Still, without some sort of cohesion in the plot, the art can only take this series so far.

Justice League Odyssey is certainly an interesting series thus far, although plot seems to have stalled heavily in this latest issue despite valiant efforts to tie everything together from the creative team.