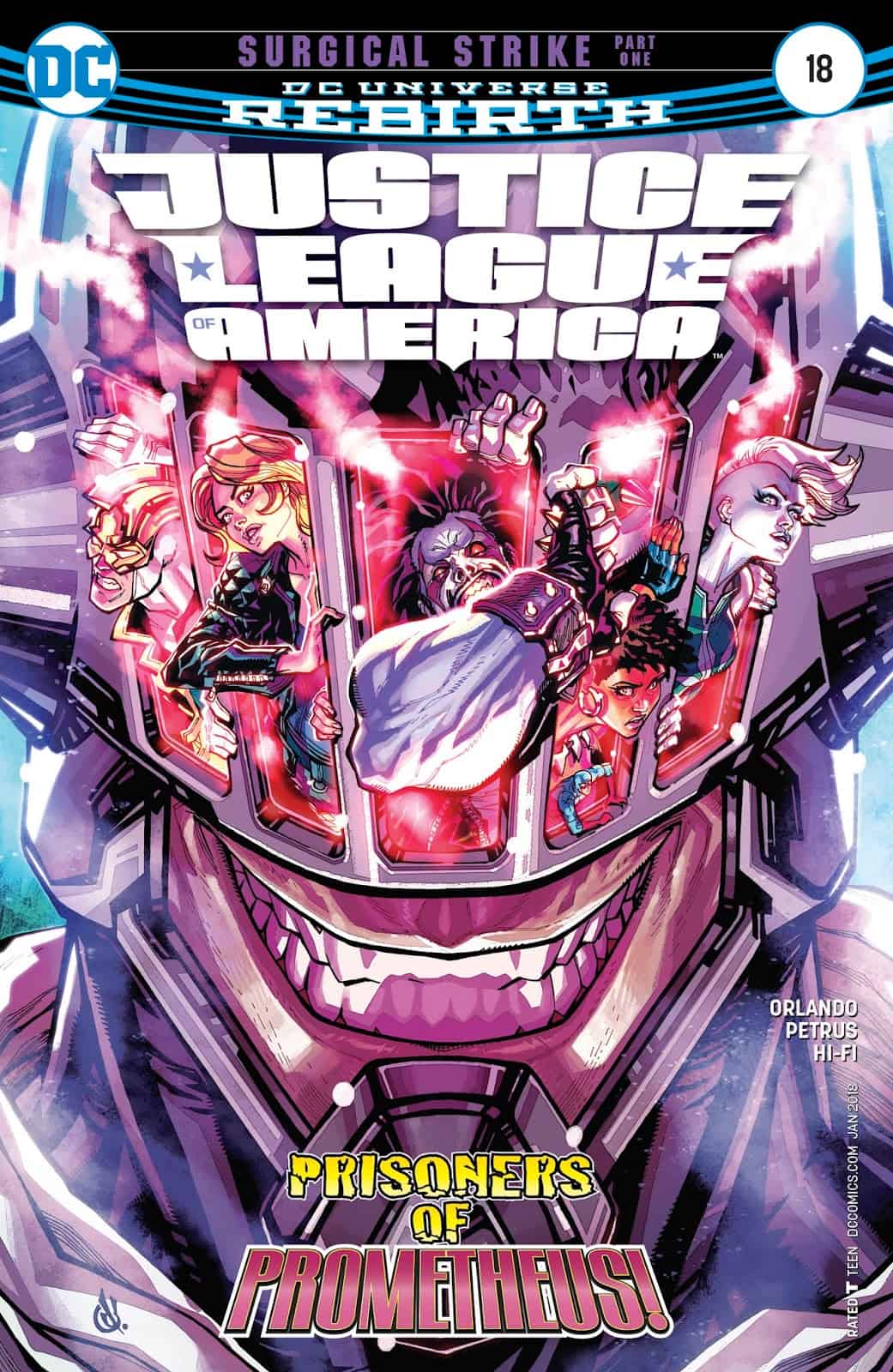 The Justice League of America has just returned from saving the Microverse. They have left behind Ray Palmer, and returned to their base of operations in Happy Harbor. As a gesture of goodwill, the team has agreed to be filmed for a Documentary.

The Team consists of The Ray, Vixen, Killer Frost, The Atom (Ryan Choi), Lobo, Black Canary, and Batman. Ryan has just joined the team as a permanent member, having assumed the mantle of the Atom, when Ray Palmer stayed in the Microverse.

John Porter is a Documentary filmmaker trying to show the Justice League of America in a way they have never been seen before.

The book follows the Journey of John Porter, who is tailing the Justice League of America to show them in their real lives.  He is trying at various points to breed drama, when he is disappointed by the lack of Drama.

First, he starts in on Killer Frost. He uses psychology and guilt to make her upset and so he will film her angst and regret. He brings up her relationship with Ryan, and she is unsure of how she can even hold his hand without killing him.

The director moves to the Atom. Ryan is the new Atom, yet the majority of the questions asked are all about Killer Frost.

The story follows, Vixen, and Black Canary then to the Ray who absolutely loses it! He is upset that Batman is not around more for them. John get’s his dramatic action.

As you may have guessed, this leads to the predictable and inevitable betrayal, when the League is attacked. The assailant is a Pre-cog named Afterthought ( able to see into the immediate future). We see the League members picked off one by one until the final page, where Prometheus stands triumphant in his gambit! 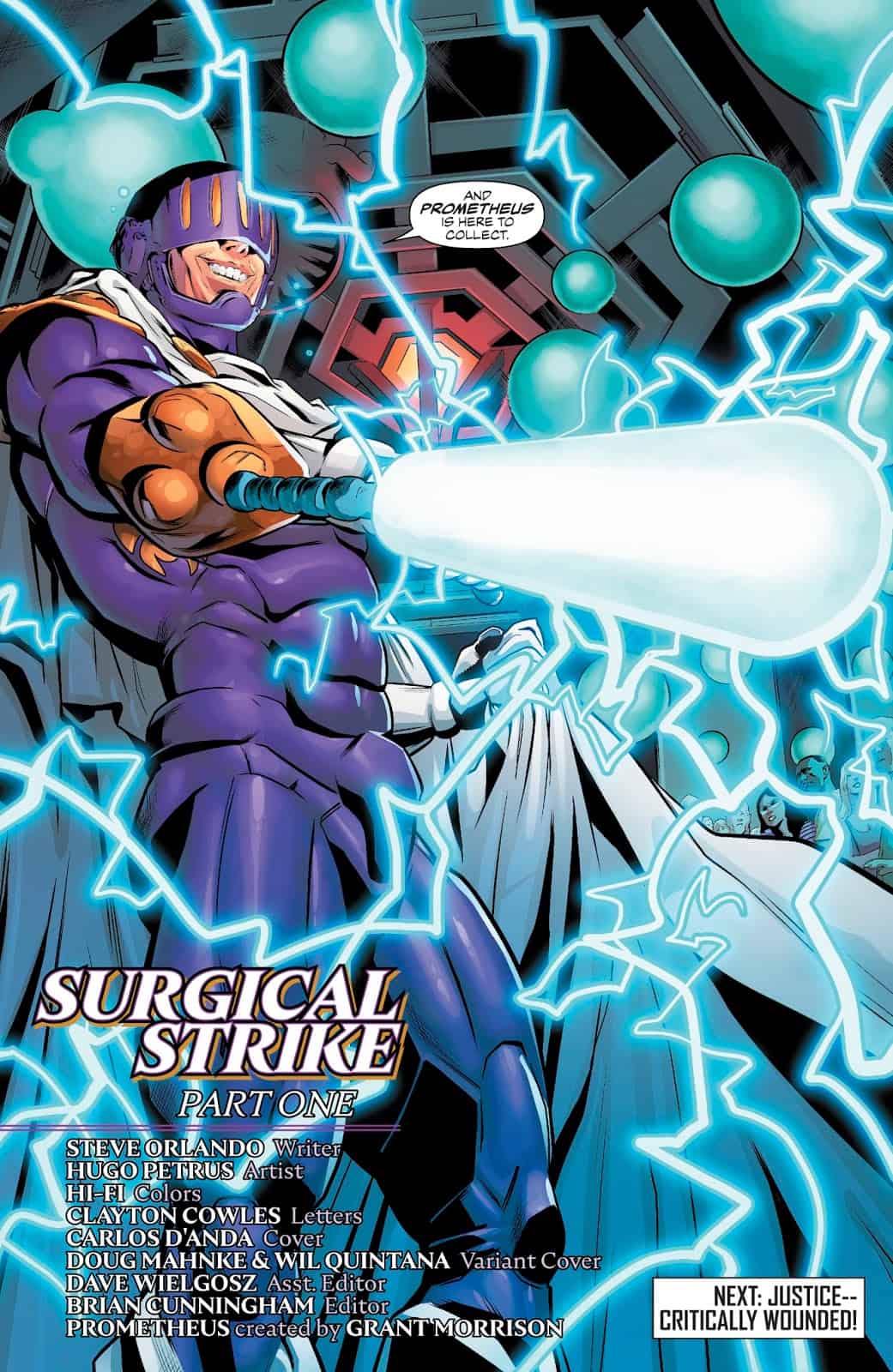 Final Thought: This comic was extremely predictable and unenjoyable. If not for the artwork by Hugo Petrus, it would not be worthy of reading whatsoever.

I understand that the Rebirth Universe is excited to bring in Prometheus to their lineup, but I have a major issue setting up the reveal the villain on the cover. I feel this is the Comic writer’s equivalent to showing his hand in poker.

The Documentary piece of this story is something that has been done to death and is nothing innovative here. They make a statement on the first page about transparency, and I couldn’t agree more. I saw right through what should have been a big character reveal. This is supposed to be a big kickoff of a Character that took down the JLA single-handed and was lauded as the Criminal version of Batman. This story was a weak example of building momentum, and a tired trope that little originality or anything to hold the reader’s attention. Skip this one!