THE PEOPLE VS THE JUSTICE LEAGUE, PART 3:  While the League is brought before Congress, the League must deal with not only problems in the ocean but with a copycat as well.  But this may be more than just your ordinary copycat… 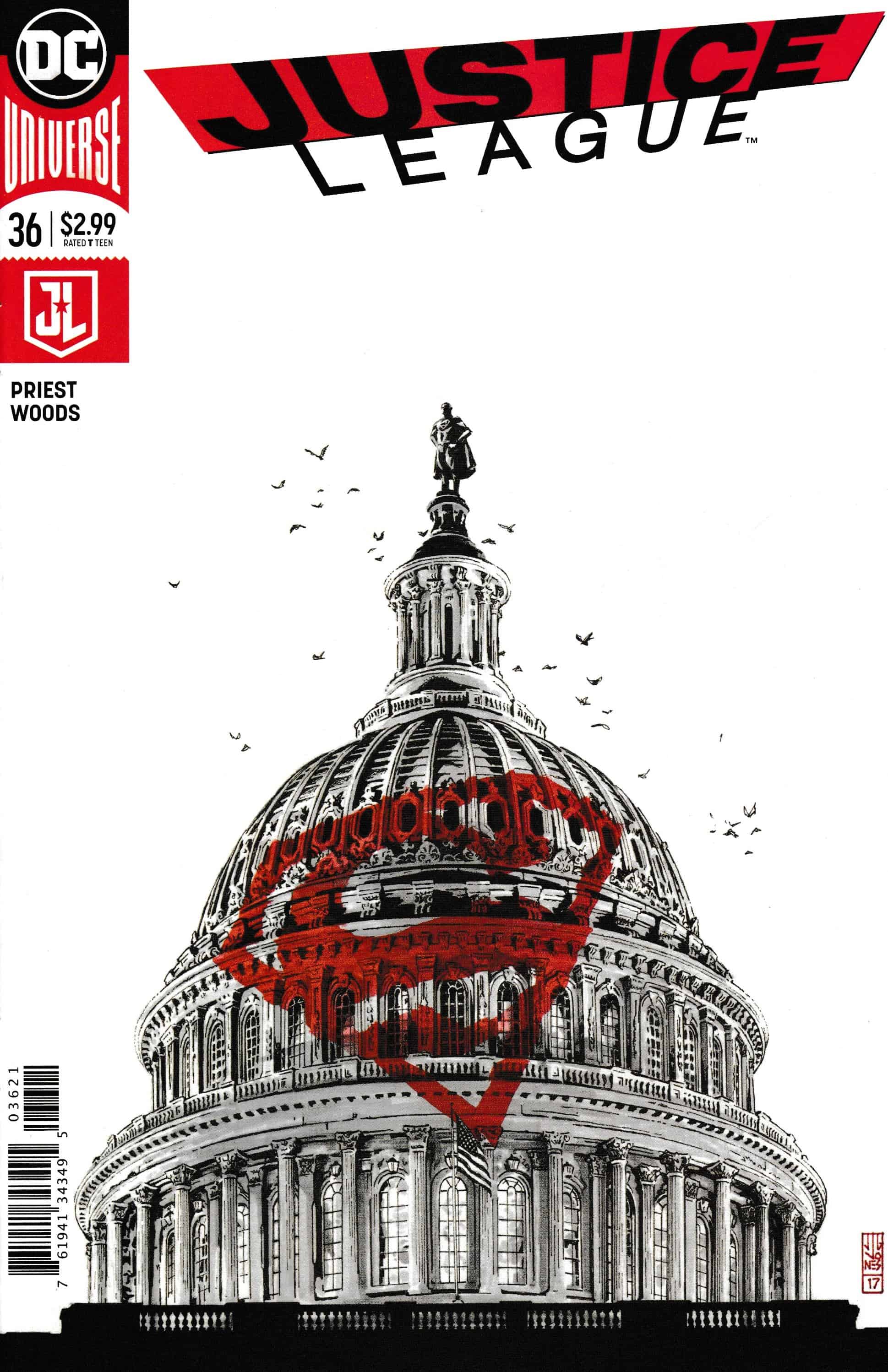 The Justice League, in attempting to be too many places at once, intervened in a terrorist standoff that resulted in a hostage being killed by Wonder Woman’s sword.  The FBI and police are investigating, but things become much worse once a video is released to the public of the hostage’s death.

Superman is in front of the House of Representatives for a committee hearing on the legality of the Justice League’s operations.  Congresswoman Hasgrove is questioning him and in her opening statement, points out all the problems with the Justice League having no oversight.  It’s…a lengthy list.  Sometime later, the same congresswoman is assaulted while driving her car…by Batman.  He leaves her dead with a Batarang in her forehead. 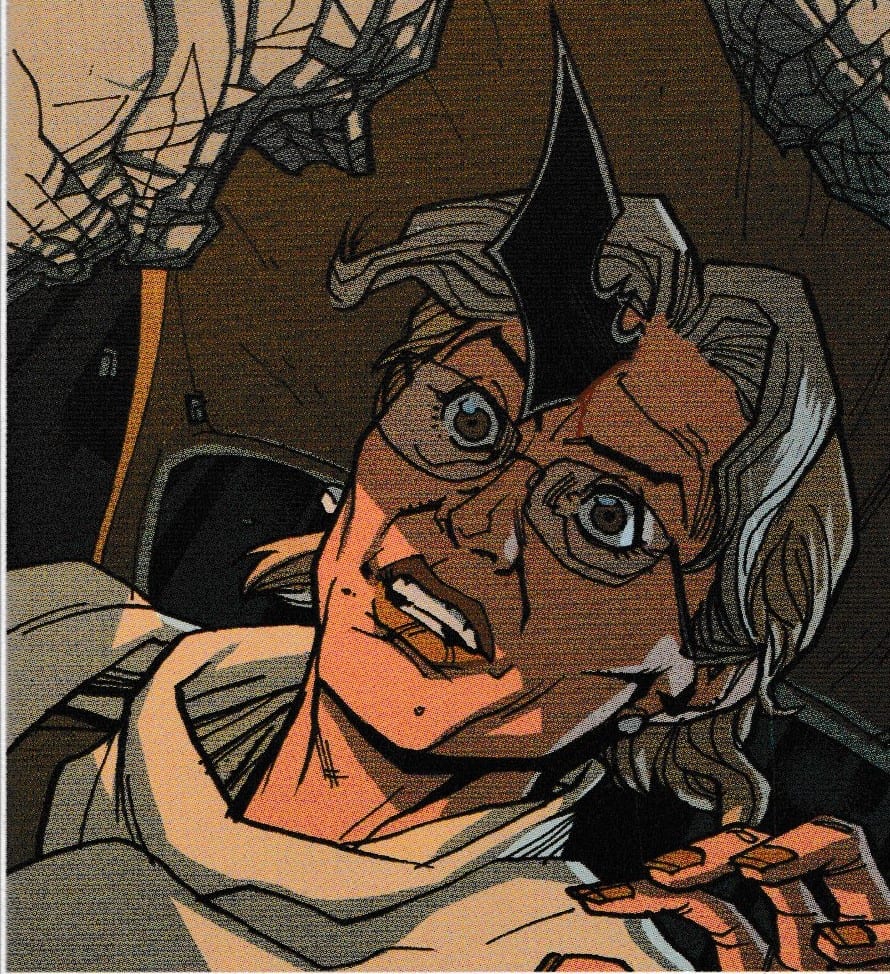 Later still, Batman and Nightwing are training as they debate the existence of what appears to be a copycat.  Nightwing understands the problem in that Batman often inspires this sort of vigilante, even if Batman doesn’t want to believe it.  But Batman is more concerned with the growing public backlash against the League.  As he puts it, “It’s going to get bad” right before he’s teleported to the Watchtower.  There he helps Cyborg and Wonder Woman oversee an issue in the oceans near China.  Aquaman is unhappy with the nuclear submarine disrupting the sea life.  And this submarine is not there innocently.  It is spying on the Chinese, inside Chinese waters.  However, as it is an act of espionage from one nation to another, Batman advises there is nothing they can do.  It’s against the League’s charter.  And while he is right, and even orders the League to take no defensive action against the Chinese jets flying overhead, Aquaman belongs to his own nation and refuses to allow this trespass against the sea, ending the communication and having whales move the submarine away.  But even as Aquaman does his own thing, Jessica Cruz points out that he is within his right as King of Atlantis to do so, and Wonder Woman voices the same concerns.  Her mandates do not always match with the League’s charters.  In fact, once they stop this copycat, what would they do with him?  Kill him?

Despite some disagreement within the ranks of the League, including their dissatisfaction with Batman’s leadership, the US Submarine is brought to the surface and the UN negotiates their release.  Everyone in the League knows there’s an issue with Batman and amazingly, it takes one of the newer members to call it out:  Simon.  He suggests that Superman have a talk.  But before anybody can really act on it, Cyborg announces that he’s managed to track the copycat. 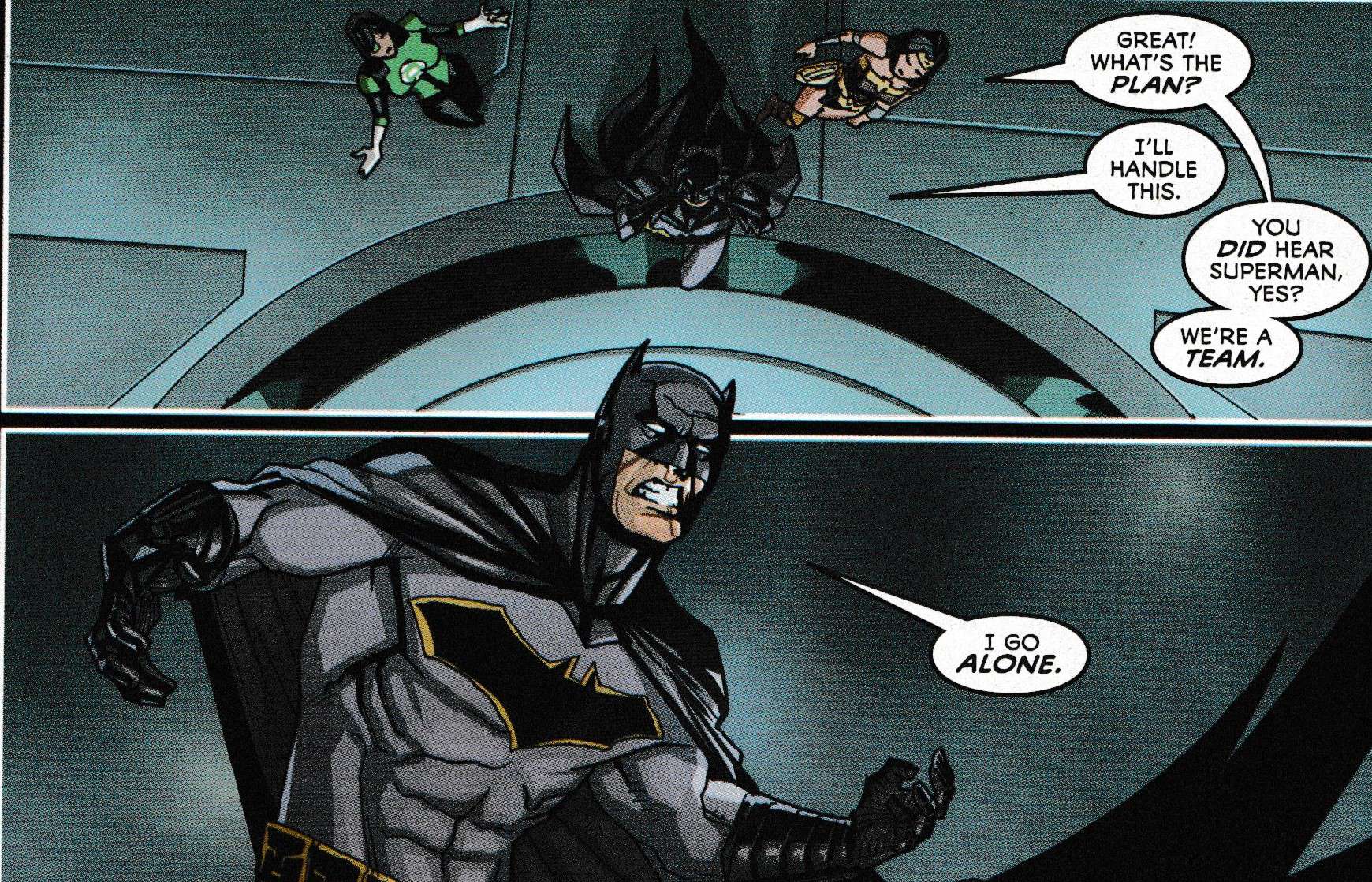 Immediately, Batman moves to the teleporter.  He announces to both Jessica and Wonder Woman that he will go alone and does not allow for them to argue.  The signal leads to a bar.  Batman shows up (dressed inconspicuously).  A woman shows up, appearing to be Black Canary, and leads him away.  Once in a back room, her scream completely incapacitates him.  This gives the “Black Canary” time to attach a neural inhibitor to “Bruce” and his clock vanishes revealing that it was Simon Boz.  Batman knew someone had been listening into the Watchtower and sent Simon to flush out the copycat.  That’s when the copycat announces that he’s the League’s “biggest fan”.

At last, we start to see Priest’s plan take effect.  While it doesn’t change my opinion of the first book in this arc, it does give me a higher opinion of this one.  Granted, what Priest is doing is nothing new to comics.  Marvel did it both in the 90’s with the Avengers operating under a government charter and years later during the events of Civil War.  But this is a much quieter and possibly even more realistic scenario.  I mean, I know we don’t exactly cry for realism when reading comics, but I’m actually starting to like the path Priest is setting us on (I know, I know…hard to believe).

The political intrigue is fantastic and the entire debate about the US Sub in Chinese waters and Aquaman’s empire caught in between and then the League trying to figure out who’s right and how far they take it…everything about that was great. 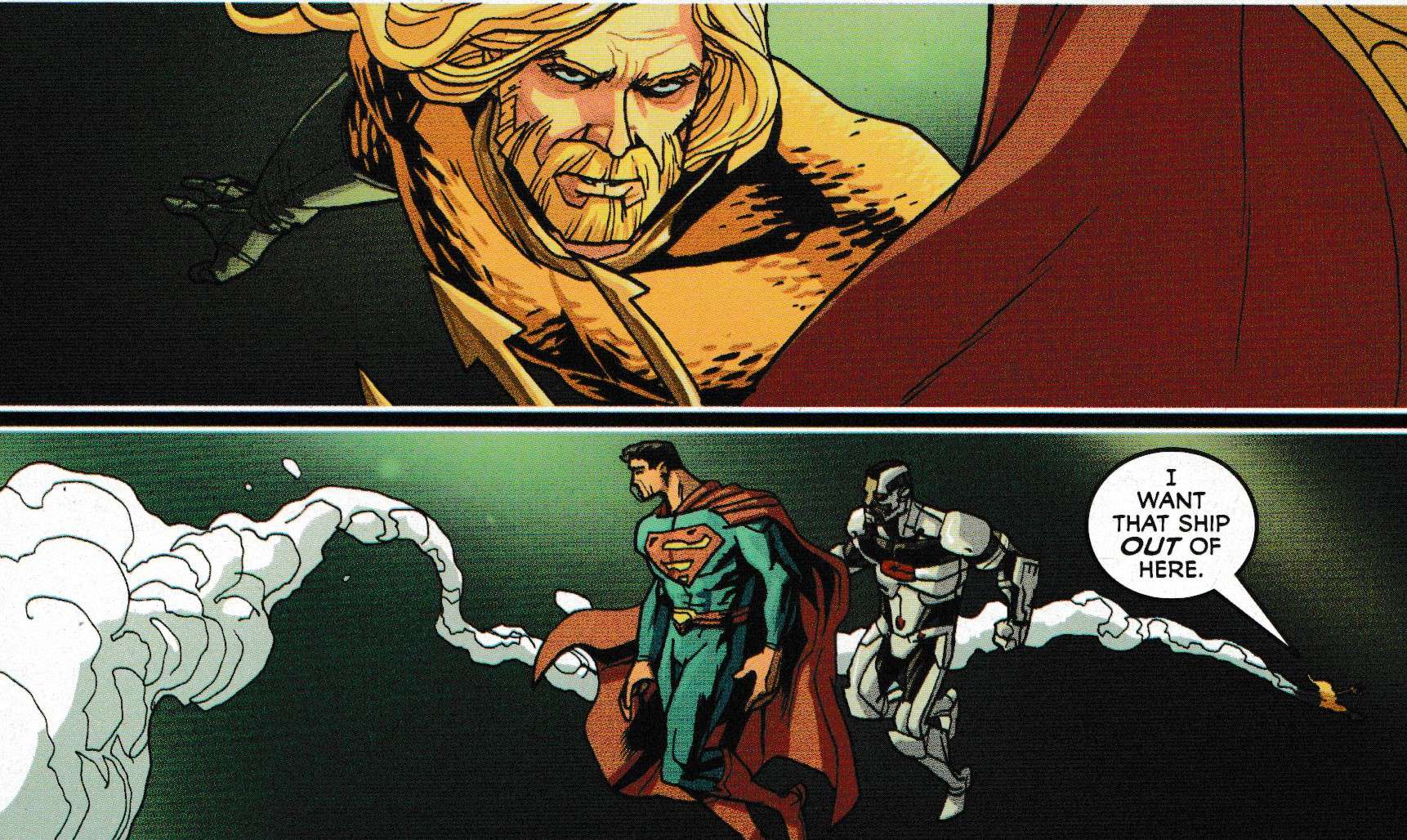 Unfortunately, there’s not much else that happens in this issue, but unlike last issue, when we just dealt with the “Swarm”, every page of this served to further the plot we’re getting from Priest.  Not the plot of the individual book, but rather the plot of his arc, the entire theme.  And maybe the theme isn’t so much “Batman is tired and making mistakes” but rather “What happens when the League needs to be held accountable by the governments of the world?”  And despite the previous two issues, I’m really looking forward to seeing where Priest takes this.

Unfortunately…the art.  The art is still so incredibly lackluster.  I know this book isn’t counting on action scenes but nothing really seems interesting with the art.  No depth.  Maybe it’s the result of Woods doing the inking as well.  If it’d been a better artist, I’d be more satisfied with this book.

Final Thoughts:  After two lackluster issues, Priest finally starts to show us what his mark will be.  He tackles a topic that’s been done before, but possibly not with as much depth and Justice League is finally getting interesting!