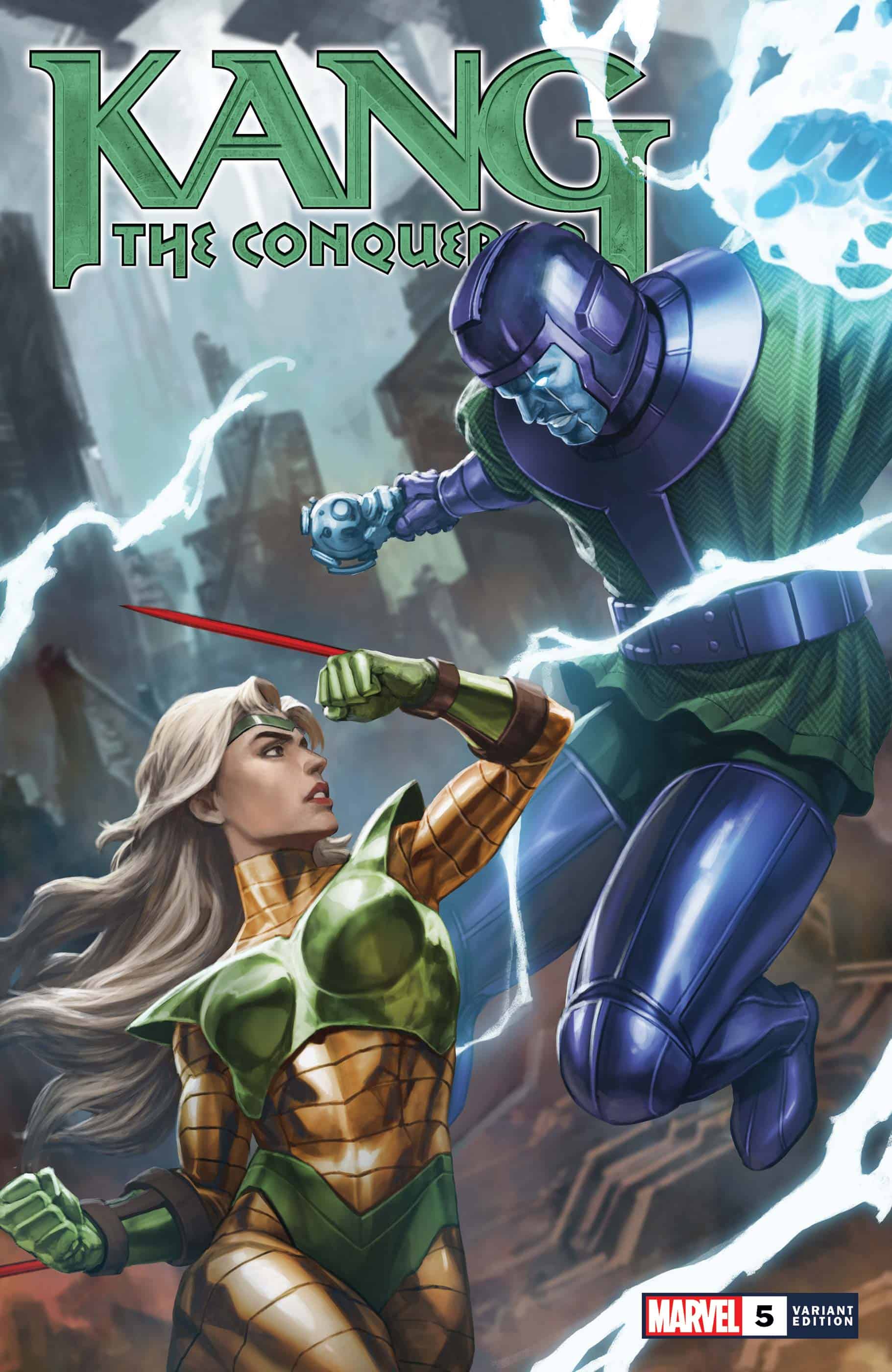 When young Nathaniel Richards was approached by an older version of himself named Kang, he was fearful... because he saw only failure. Was this to be his destiny? Could he break the cycle? Or would fate be permanently etched in stone no matter his attempts to thwart it?

Okay, let’s get the cynical bit out of the way first: this comic exists because of Kang’s emergence into the MCU, the ostensible Big Bad for Phase 4 (and probably 5). Corporate synergy can be a nasty little beast, because it means that that which should be art is being created for commerce reasons instead: “Hey folks, Kang’s here, and wouldn’t you like to buy a comic with his name on it?”

This is a really damn good comic.

As a decades-deep Marvel reader, I know and love Kang. There’s something about him, his innate arrogance that he can do whatever he wants with time, regardless of what it does to people’s lives – but that he’s bound to his own fate, no matter what he does, evidenced by past and future versions of himself (Rama Tut and Immortus, the latter of whom is older, wiser, and less prone to conquest). He’s an absolute joy to read as a foil for the good guys, because like all the best villains, he doesn’t see himself as one. There’s even been a Council of Kangs from points all across the timeline, blipping in and out of the now in an effortless fashion to pool their resources and efforts. And through it all, the one constant that remains, is his love-lost longing for Ravonna Renslayer, a.k.a. The One Who Got Away (and died a lot). (You remember her from Loki, right? Of course you do!)

There’s pathos there: the man who has it all, but the one thing he wants most – love – he can never have. Countless stories have been spun from that conceit, and here, writers Jackson Lanzing and Collin Kelly apply it to Kang in a way that wrings a genuine emotional arc for their protagonist in a way that, despite his crimes and misdeeds and lack of humanity, actually make readers feel just the teensiest bit sorry for the guy. If he’d just get out of his own way, he’d probably have a much better shot at love. Alas, his ego won’t allow it.

That’s good stuff. Add that to persistent questions about free will versus fate/destiny, and you have some seriously primal storytelling.

Kang is a miniseries that demands the reader pay attention to details. They would have to, because at the end of the day, time travel stories tend to eat their own tails and cause paradoxical headaches. Jackson and Lanzing manage to avoid those standard-issue pitfalls by actually leaning into them, acknowledging the paradoxes as they occur and having Kang act accordingly to them. It’s also a story that comes at a great time, as renewed interest in Kang somewhat demands Marvel give readers the goods in term of what he’s about, where he’s come from, and ultimately, What His Deal Is. One thing that’s been lacking for awhile now in comics is a definitive origin story for Kang, and Jackson and Lanzing have pulled off the not-so-easy trick of crafting it as inviting for new readers but also with enough goodies that older fans can relish in the details. Are there continuity errors? Eh, maybe. Kang’s story has so many loops and whorls in it that it would be hard not to have some, but at the end of the day, does it really matter of something in this story contradicts or slightly misaligns with some detail from a comic published five decades ago? Nope. And it’s all the better for it, because while this miniseries hits all the right high notes as a Kang primer, it also serves as a buffet for longtime readers, too.

Art-wise, team Kang was fortunate enough to include Carlos Magno, one of the finest pencillers of his generation. After making big waves in Invaders a couple of years ago, he’s mostly been sticking to cover work and odds and ends. The man deserves a spotlight gig that pushes him to the A-list, and here’s hoping Kang is it. His attention to detail is reminiscent of the great Travis Charest in that it’s ever-present but doesn’t over-render and make the art appear inert. 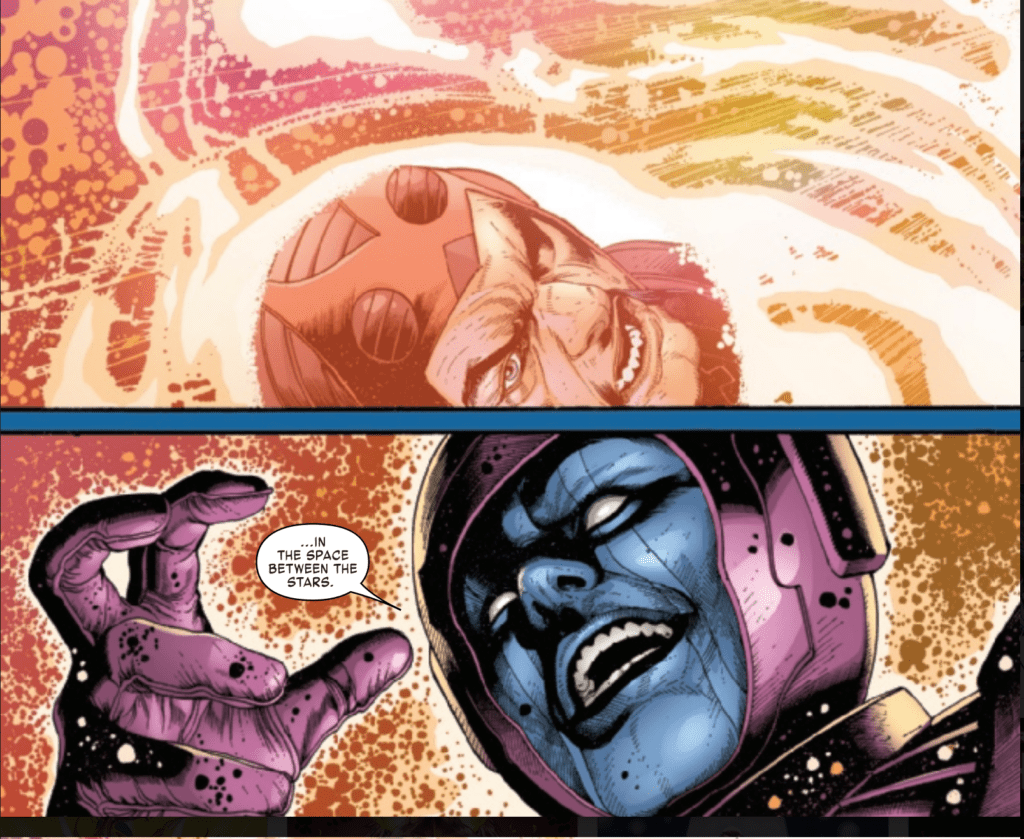 Magno inks his own pencils, and is colored with impeccable skill by fellow up-and-comer Espen Grundetjern. Like Magno, his is a name you need to remember, because he’s next-level brilliant. Together, they make Kang one of the most visually impressive comics on the stands, period. Even if Jackson and Lanzing’s story was lesser, the art alone would make this miniseries a must-buy. As it stands, though, it’s a nigh-perfect package thanks to the entire team’s contributions. Joe Caramagna’s letters round out the art side, putting a slick, neat bow on the entire package that absolutely cannot be beaten. The covers by Mike Del Mundo add his own quirky sensibilities to it, making it leap off the shelves.

Marvel has had a stellar year for miniseries focusing on characters fans know and love but perhaps don’t have the cache to hold an ongoing series: U.S.Agent, Ka-Zar, the Winter Guard, Beta Ray Bill, and more. Kang absolutely stands shoulder to shoulder with those highlights, and rightfully so. If the future of the Big Two is a tilt away from ongoing series toward more intentional, focused miniseries storytelling – count me in if it includes storytelling of this caliber. Everyone involved needs to take a bow, because Kang has been an utterly captivating, exciting experience from start to finish.

Kang is comic storytelling in its most perfected form. Don't mistake it for being some crass tie-in to the MCU, because this has been a can't-miss miniseries.