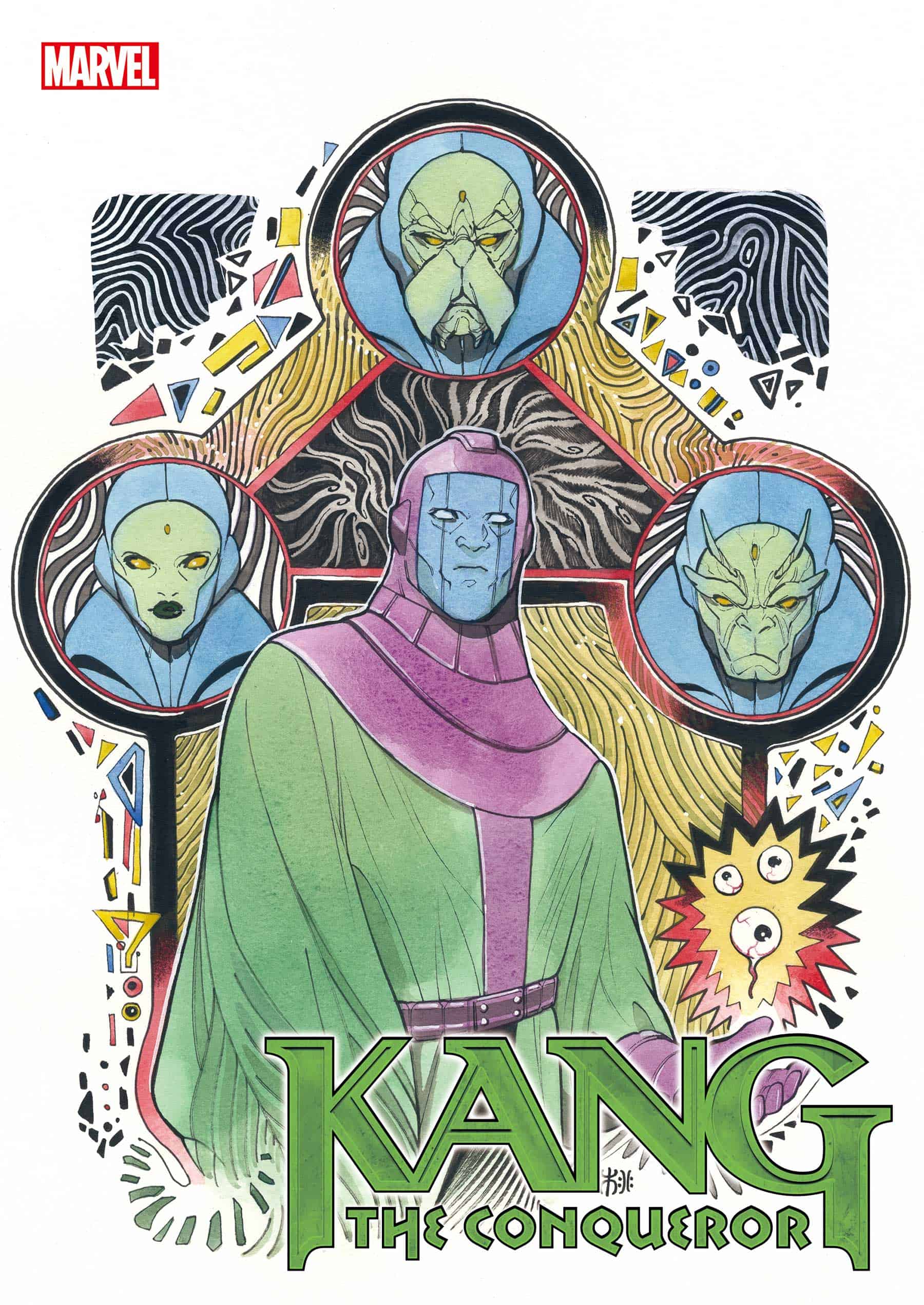 A possible alternate reality version of Kang begins the journey to becoming himself amidst the paleolithic foliage, as the meteor which will end the dinosaurs hurtles ever closer to the earth.

The metaphysical elements are strong in this book — questions like ‘can we change our past?’, ‘how can we time travel whilst also avoiding creating a paradox’ and ‘wait, is that a dinosaur?’ jostle shoulders in this complex, convoluted tale. This narrative complexity is skillfully wrought: so far, this time travel story is the farthest thing from confusing. If anything, the trajectory of what’s coming might be a little too obvious, but that doesn’t ruin the journey.  The ride is still good, even though you know the destination

The writers’ exquisite focus on the character of both Kangs saves this from being your typical time-hopping lark. Young Nathaniel is very believable as an affluent, bored, boy. He’s overfed but paradoxically hungry, starving in fact, having subsisted all his life on all the wrong foods.

He’s also profoundly selfish, and that’s perfect for the kind of person who could grow into Kang.

Oddly, at times it seems that the elder Kang is far more human, moved as he continues to be by the death of his earlier love interest. Nathaniel has a love interest, too. A prehistoric girl who is introduced merely to serve as a manic pixie cave-girl. I mean, I know that she isn’t really a cave girl, but manic pixie hunter-gatherer doesn’t sound nearly as good.

She entrances Nate, they dance a while, and then she enters the refrigerator where so many woman-as-plot-devices end up. This bothers me more than it should (the trope is so common as to be almost invisible: the sexist air we breathe) but surely there was another way to motivate Nathaniel into personal growth beyond using the body of a young girl. Befriending a boy his age, or even getting figuratively adopted by the tribe, or hell, being buddies with a particularly intelligent dinosaur, would have had the effect of making him develop a human connection. The connection is what made the loss of them hurt.

But since the most important thing for him, the thing that really motivates Nathaniel’s later choices, was the sense of human connection he felt among those people, the plot point could have been served without Refrigerating that girl.

Carlos Magno’s art was absolutely splendid. His characters were expressive and his backgrounds were lush, verdant, and absolutely believable. Not many artists could perfectly capture the dusty look of an antique book, the slick sheen of a holographic computer, the striations of a fern and the textures of a desert without dropping the ball at least occasionally, but Magno does it brilliantly.

Taken together, this is the start of a deeply fascinating series.

Sharp writing and brilliant art make this beginning into a miniseries that you don't want to miss.