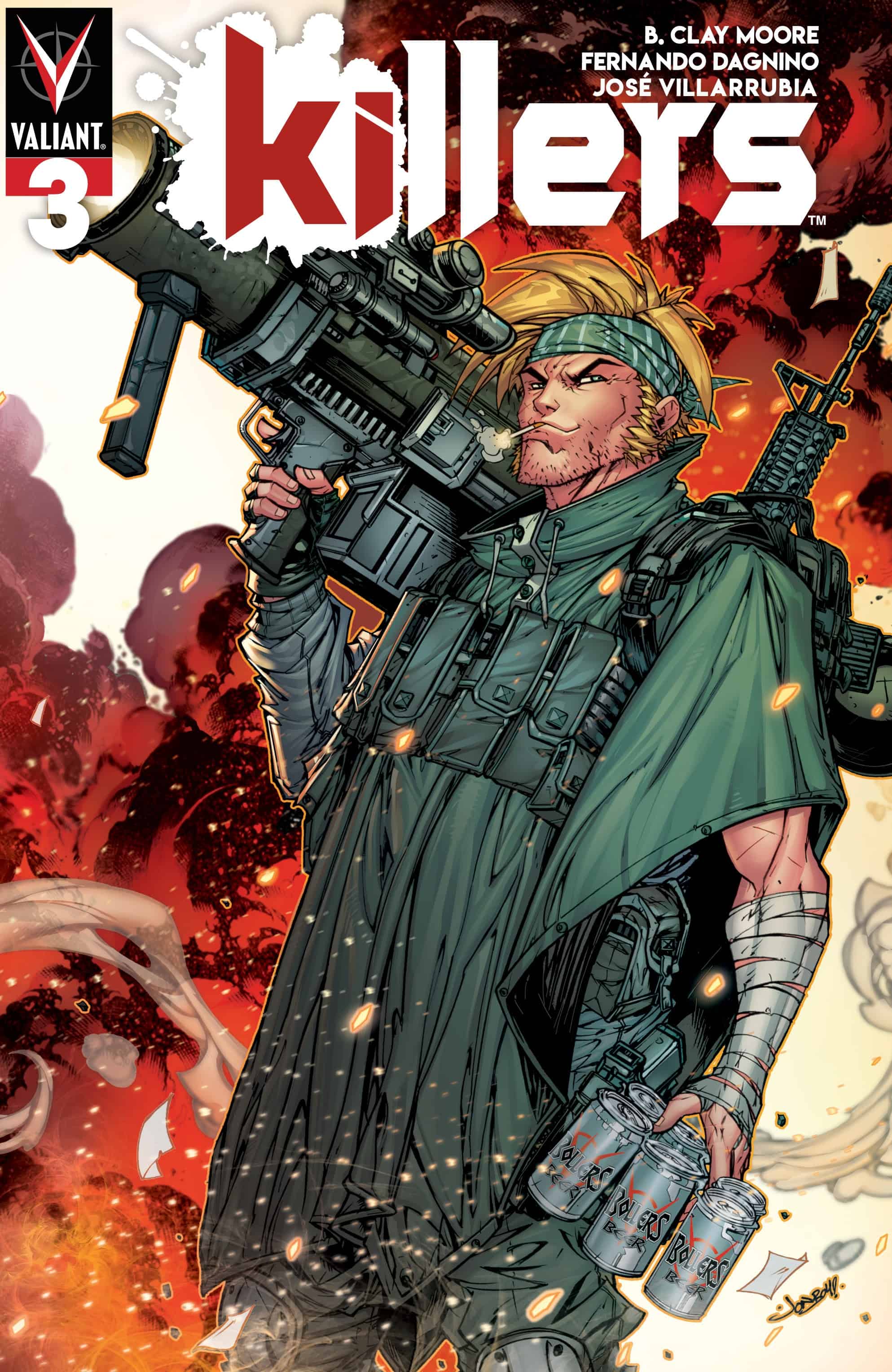 The unstoppable marksman, Sights, joins the carnage! But where does his allegiance lie?

Can you trust a superninja with a mind broken by MI6? Just ask the Undisciple.

The high-octane battle royale continues as the Killers tear each other apart in a competition like no other!

Killers seemed destined to be a mayhem-fueled montage of one gruesome death after another from the start, but what most didn’t expect, was a wonderful exploration of the past Ninjas and their competing dynamics. 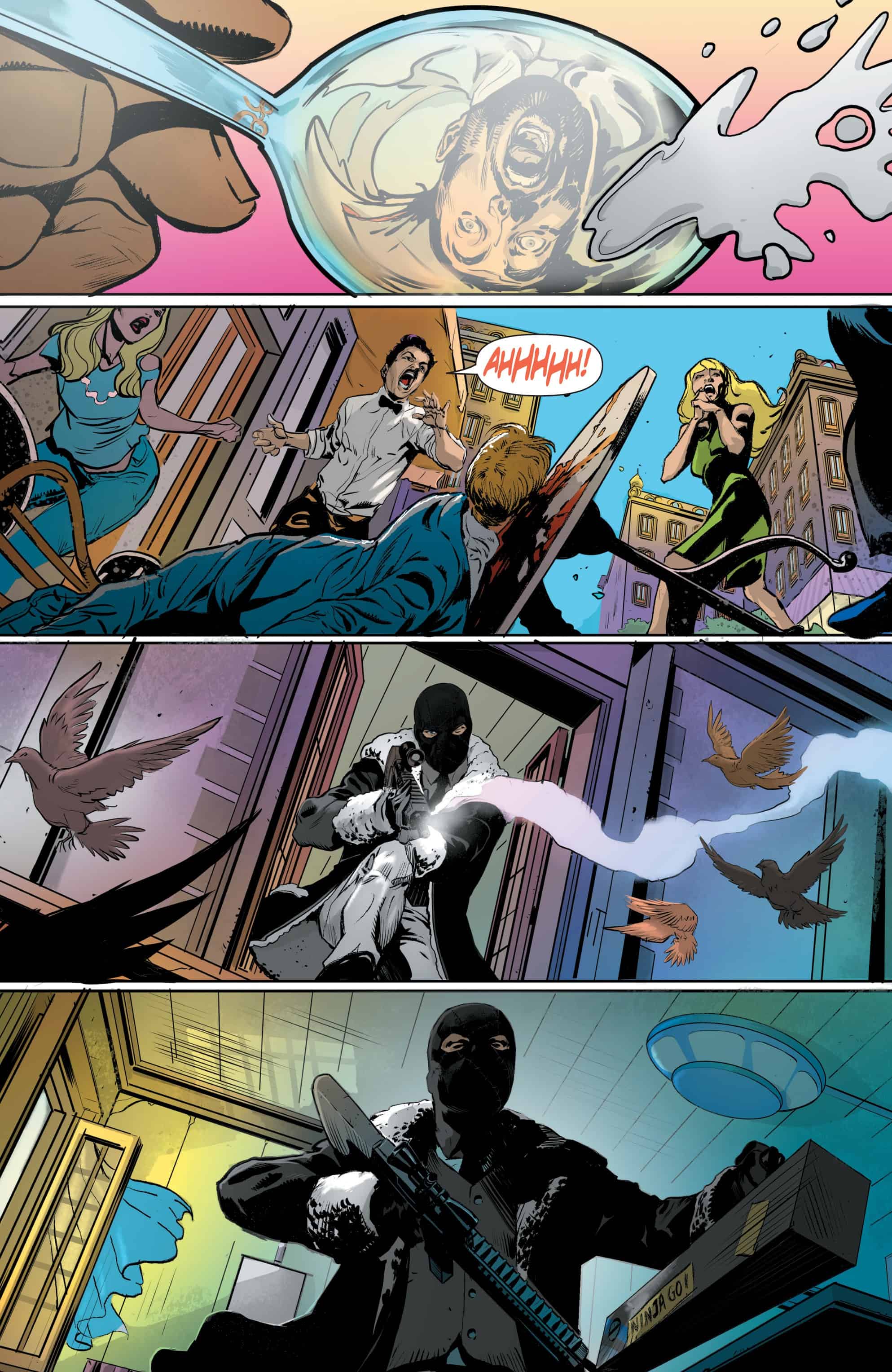 Sure, we all want violent action in a series that promises a rather gruesome battle royal pitting Ninjas against one another, and for three issues now that is at the heart of what has occurred. But there is something interesting happening beneath all the gunfire and swordplay, and that is character drama. These Ninjas all have a past and this competition seems to be stirring some complicated feelings for some participants, making for one thrilling reading experience.

Ninja-G is at the forefront of the series as she attempts to both navigate this treacherous task while also attempting to reconnect with her inner Ki. Her source of power. It is in this source of power that we find the most spectacular visuals, from Ninja-I (Snapdragon) to the newly introduced Ninja-E. It’s explosive action that pulls you to the edge of your seat and won’t let go.

With impressive visuals and a surprisingly engaging character-driven story, Killers is proving to be a series that really does stand on its own apart from Ninjak. There are so many interesting dynamics to explore that the possibilities are endless, however, it will be increasingly important in future issues for the narrative to focus on the end goal. It can become easy to get lost in the amount of lore presented, but that doesn’t seem to be the case here. With issue 3 of 5, we find direction in Ninja-G path and what is blocking her from her true abilities. Though we are following a lot of characters right now, it’s apparent we are setting up one hell of a finale.

Ultimately, this series is better than expected, but we still need to be patient to piece together a better understanding of the end game. The moving pieces in the story right now are certainly lethal and a blast to engage with, but all of this intricate character work will need a proper payoff to feel worthwhile. Right now though, the steadily increasing tension is working wonders for the pacing, so don’t miss out!

Killers #3 continues a mayhem-fueled roller coaster with impressive visuals and a surprisingly engaging story, bringing us one step closer to what is sure to be a chaotic finale.