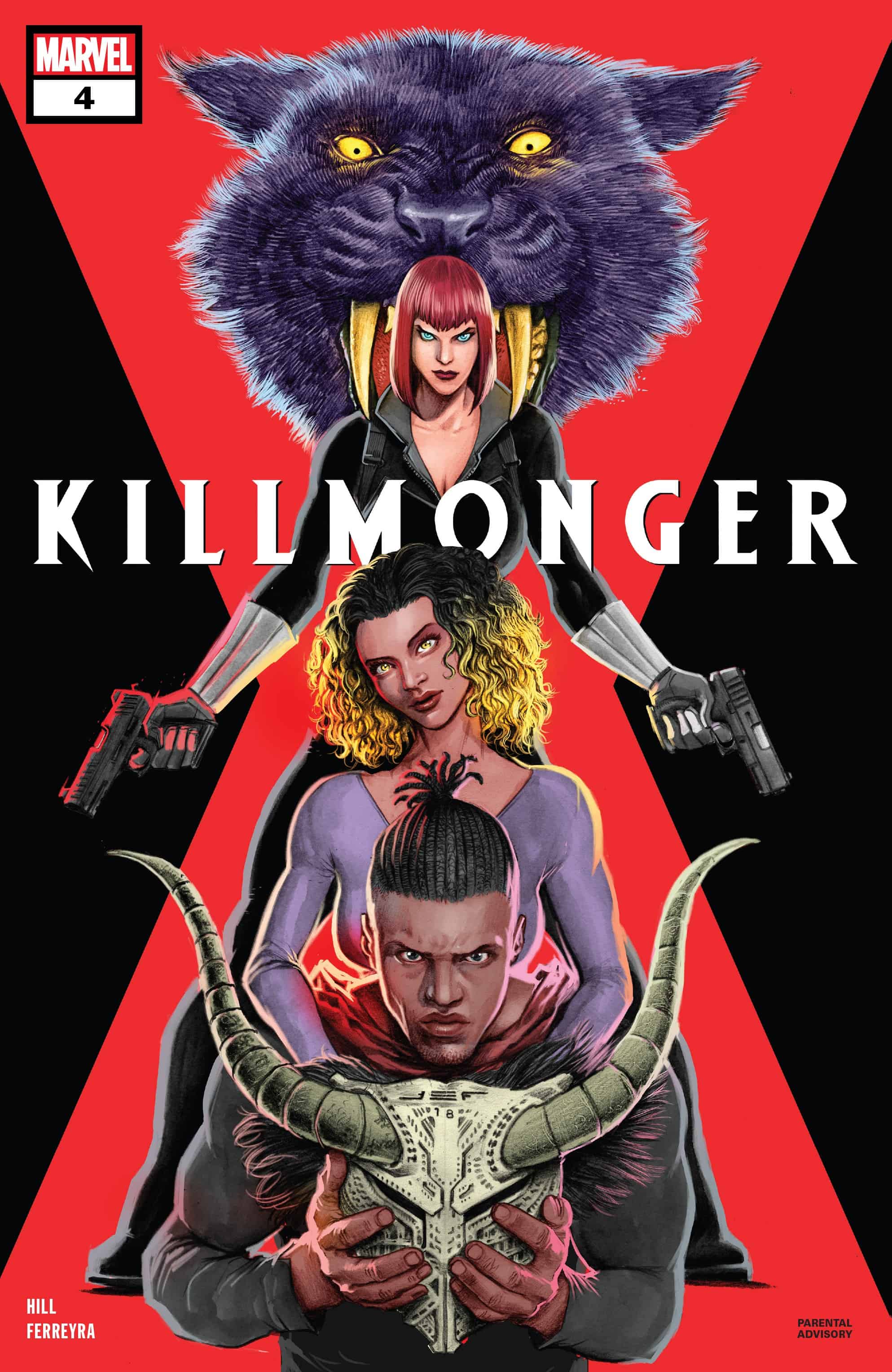 Knight's deal with the devil (in the form of S.H.I.E.L.D.) last issue puts Erik Killmonger and her on a collision course with their former partner King... 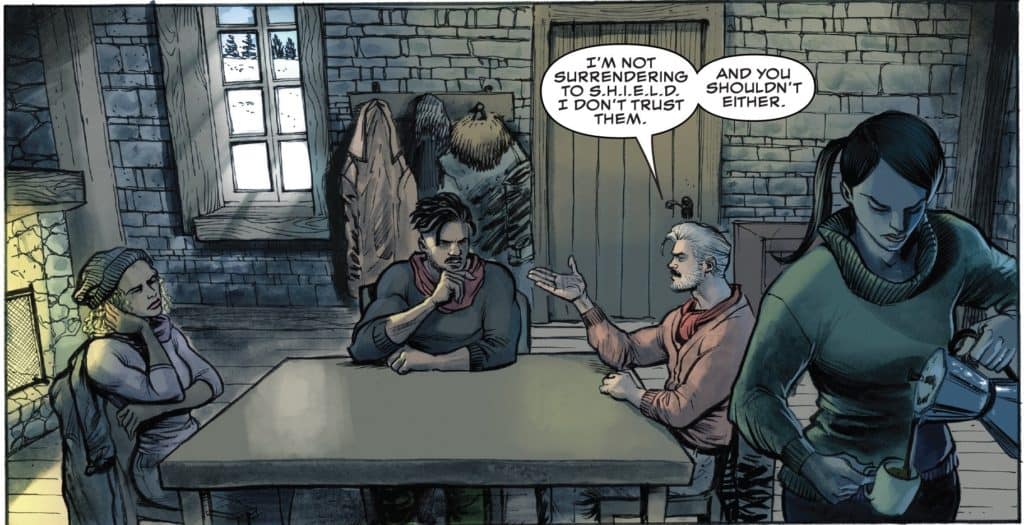 ...Who, as it turns out, had a wife and an entire other life he never told them about.

But things go completely sideways when Queen double-crosses the double-cross, and reveals she hired mercenaries to take everyone out, including Killmonger! 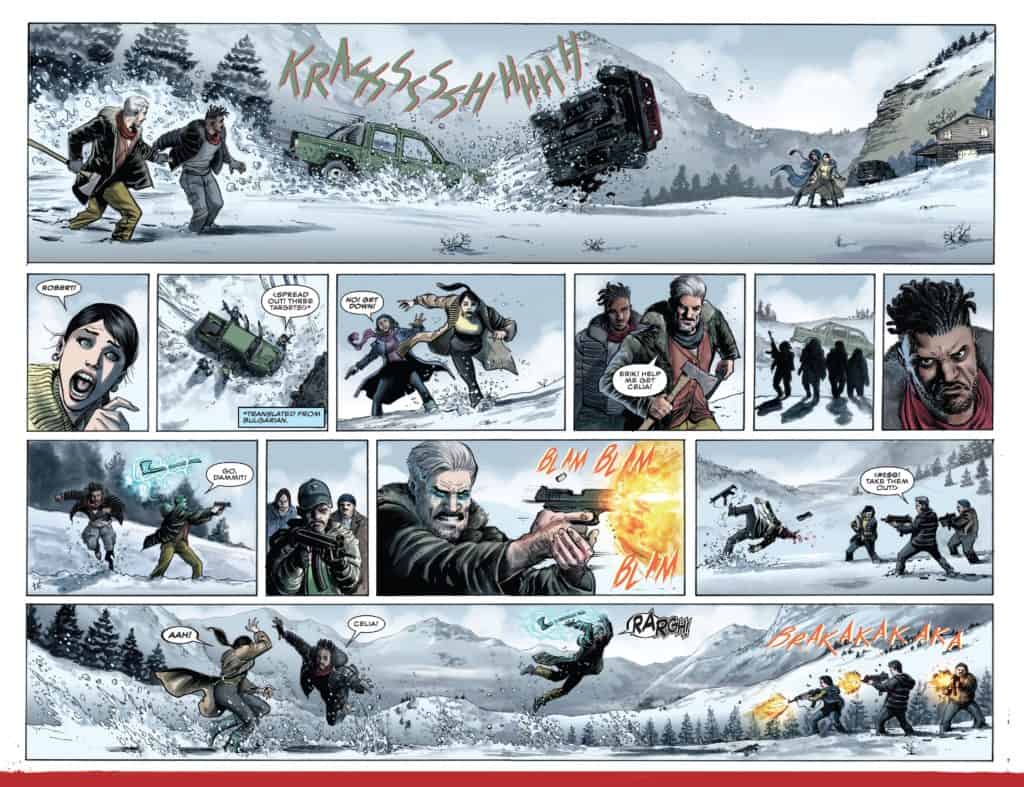 Writer Bryan Hill wastes almost no time upping the stakes with this, the penultimate issue of his and artist Juan Ferreyra’s Killmonger miniseries. Loyalty goes completely by the wayside as readers are treated to discover why N’Jadaka “Erik” Killmonger is a man with no faith in anyone but himself. He has a world-sized chip on his shoulder, and the events of this miniseries – and this issue in particular – go a long way to showing why. He’s less of a man and more of a pressure cooker about to explode, his rage barely contained by issue’s end. 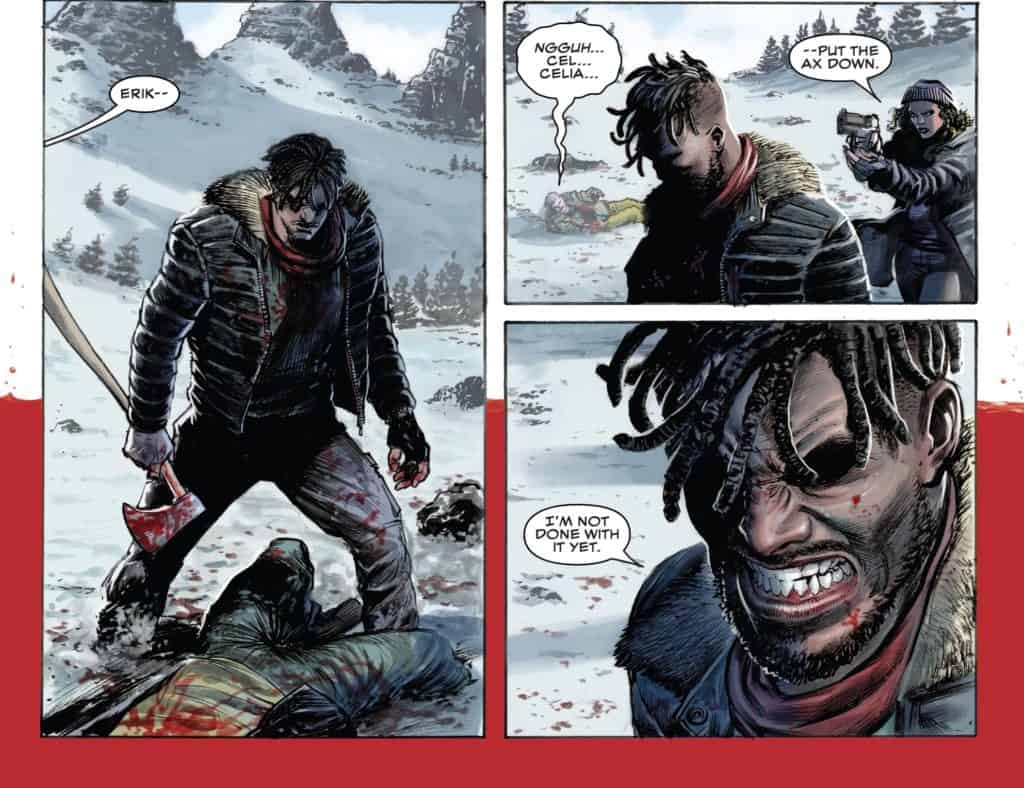 As the action continues, and Erik is pushed closer and closer to the point of no return, artist Juan Ferreyra pulls a really cool little trick with each page’s design, and has the gutters slowly fill up more and more with blood. By the last page, they are completely red. I’m honestly not sure if he should get the credit for it or it was in Hill’s script, but as artist he at least deserves acknowledgement for pulling it off.

However, the issue ends with a bizarre shift that comes completely out of nowhere and feels far too convenient. I won’t spoil it, but it’s almost as if, rather than having Killmonger take ownership for his actions, Hill wants to pass that particular buck on elsewhere. It seems extremely out of left field and it would be a shame if next issue proves this assessment to be true, as it feels out of character for a man as self-possessed as Erik Killmonger to be able to attribute his drives to someone else. For now, I’m content to leave it as a cliffhanger.

Some shocking violence and back-stabbing galore punctuate this, the penultimate issue of Killmonger. The action is fantastic, and although the motives are a bit suspect, it's still a highly enjoyable ride.