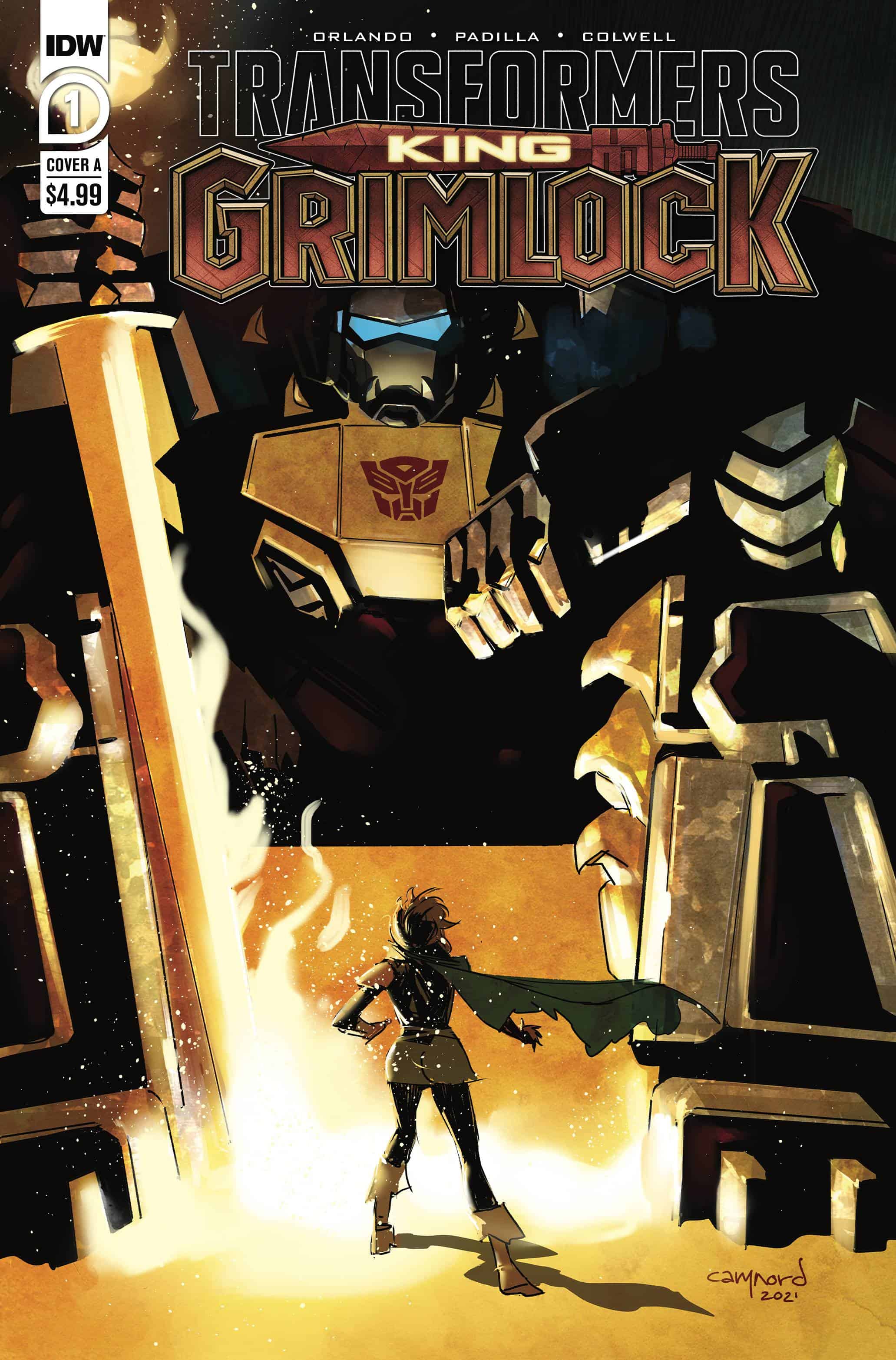 KING GRIMLOCK BEGINS! Grimlock, the beloved powerhouse T-rex with an attitude and one of the strongest Cybertronians in existence, finds himself magically transported to a world of fantastical beasts and strange powers! In this savage world, where the strong rule with sword and iron, Grimlock finds a new opportunity to prove he's the strongest there is... but as Grimlock and the human barbarian, Arko, will learn, sometimes brute strength isn't enough. 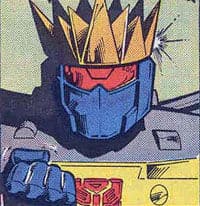 “Me Grimlock no bozo. Me king!”

Finally, a book that truly grants the leader of the Dinobots his rank of King. No need to usurp or maim, it’s right there on the front cover of the book!

So, what’s the King of The Dinobots up to in this book?

Well, it seems he’s been zapped somewhere across the universe to aid old allies of the Autobots. Allies who have become captives on their own planet, under the rule of their own hero turned villain. Who else can help them but Grimlock!?

Well, they wanted Optimus Prime, but Grimlock will do.

If they can get him to cooperate that is. Grimlock is as stubborn as ever, perfectly written by Steve Orlando. I can hear each bit of dialogue in Grimlock’s iconic voice.

Though, while Grimlock may be written as great as ever, these new characters, the People of Valerift are a little bland. But it works, and there’s a reason for that – which is to say, to be continued!

This might as well be Dungeons & Dragons: Grimlock Edition, though. The People of Valerift are the NPCs to push Grimlock along on his journey. Or see they come across as.

There is clear sword and sorcery magic at work, with a mustache-twirling villain to defeat. Though a figurative mustache, he doesn’t actually have one. But that’s beside the point! The point is, the journey is only beginning and Steve Orlando is our dungeon master. Agustin Padilla and Jeremy Colwell’s art and colors combine together to give Grimlock a larger than life feel and a hint of grit to his look.

While a somewhat barebones and generic start to a story, I’m definitely interested in seeing where this miniseries progresses.

With the feel of a Dungeons & Dragons campaign, King Grimlock is looking to be a fun ride full of robots, swords, and sorcery.