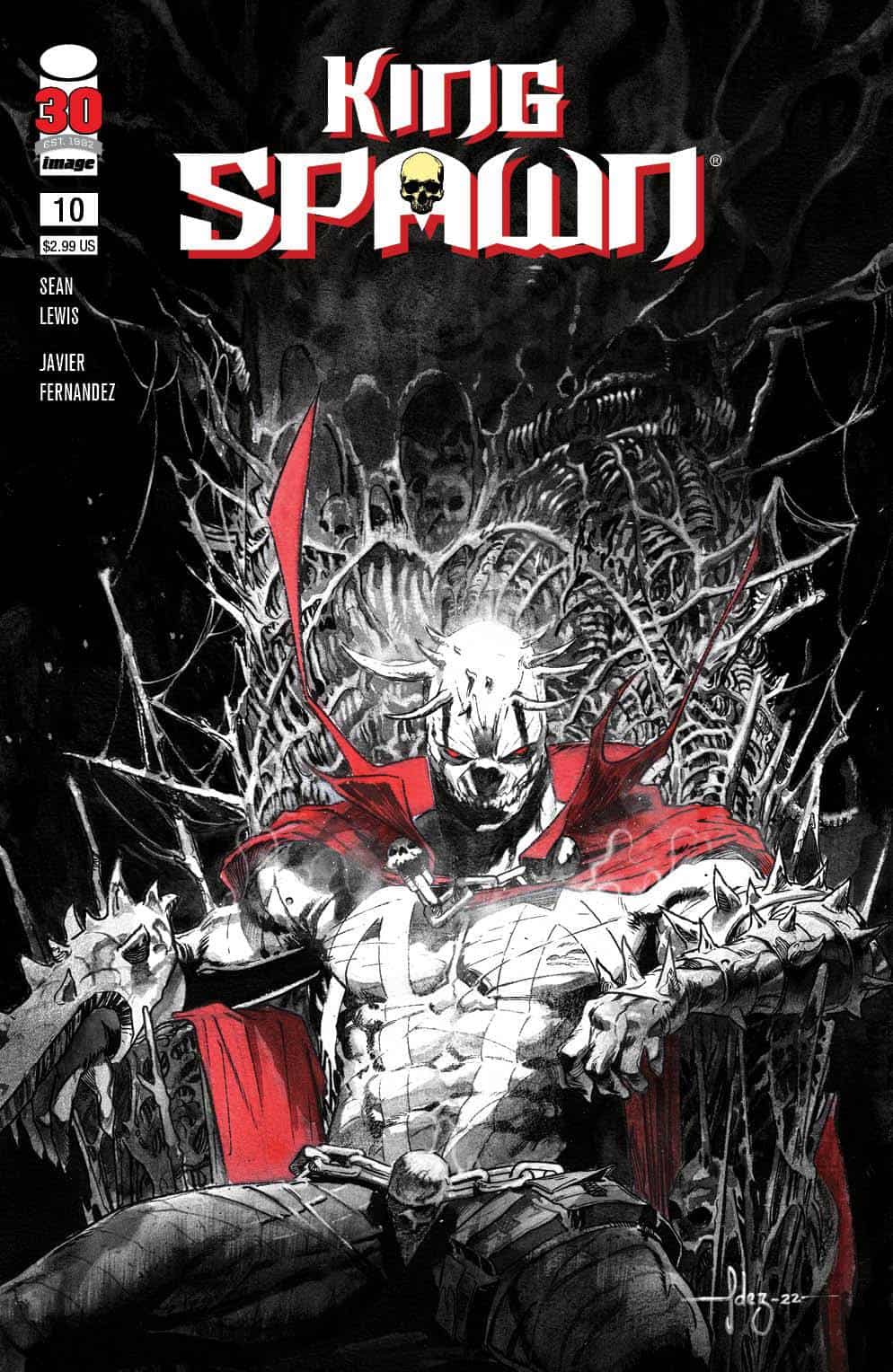 Spawn is in a world of sh*t, and he may have created that same world.

If you have high blood pressure, read KING SPAWN #10 at your own risk! I’m kidding. This series keeps on getting better and is by far the king of the Spawn titles; not to mention it rules over many of the books currently on the shelves.

As I’ve said previously in my reviews of this series, King Spawn has breathed new life into our beloved character and his world. As if the previous nine offerings have not convinced you, maybe the ten-ton delivery of #10 will do the trick. I’ve talked in exhaustion about how Sean Lewis and Javi Fernandez are a two-person juggernaut possessed when it comes to KING SPAWN. It’s issues like this that make you want to scream from the mountain tops about what they continue to do month after month with this book.

The book opens up with Terry Fitzgerald continuing in the cause to figure out the riddle of the Exodus Foundation and the attempt to have Spawn take up his position upon the throne. But there are a few problems that need to be addressed and worked out before such can happen. If you’ve been following the series, you can piece together some of the more significant parts we will skip over (spoiler-free is the only way to be!). I will say this; we get a supremely focused Terry and where his mind is currently. We also get a little peek at what the future possibly holds for all involved. But what does that mean? What does a world look like with Spawn upon the throne? There’s only one person who knows, and he’s busy with Azrael.

Sean Lewis and Javi Fernandez continue to find devilishly clever ways to keep entertaining readers month after month; King Spawn continues to be a top-tier book on the shelves.