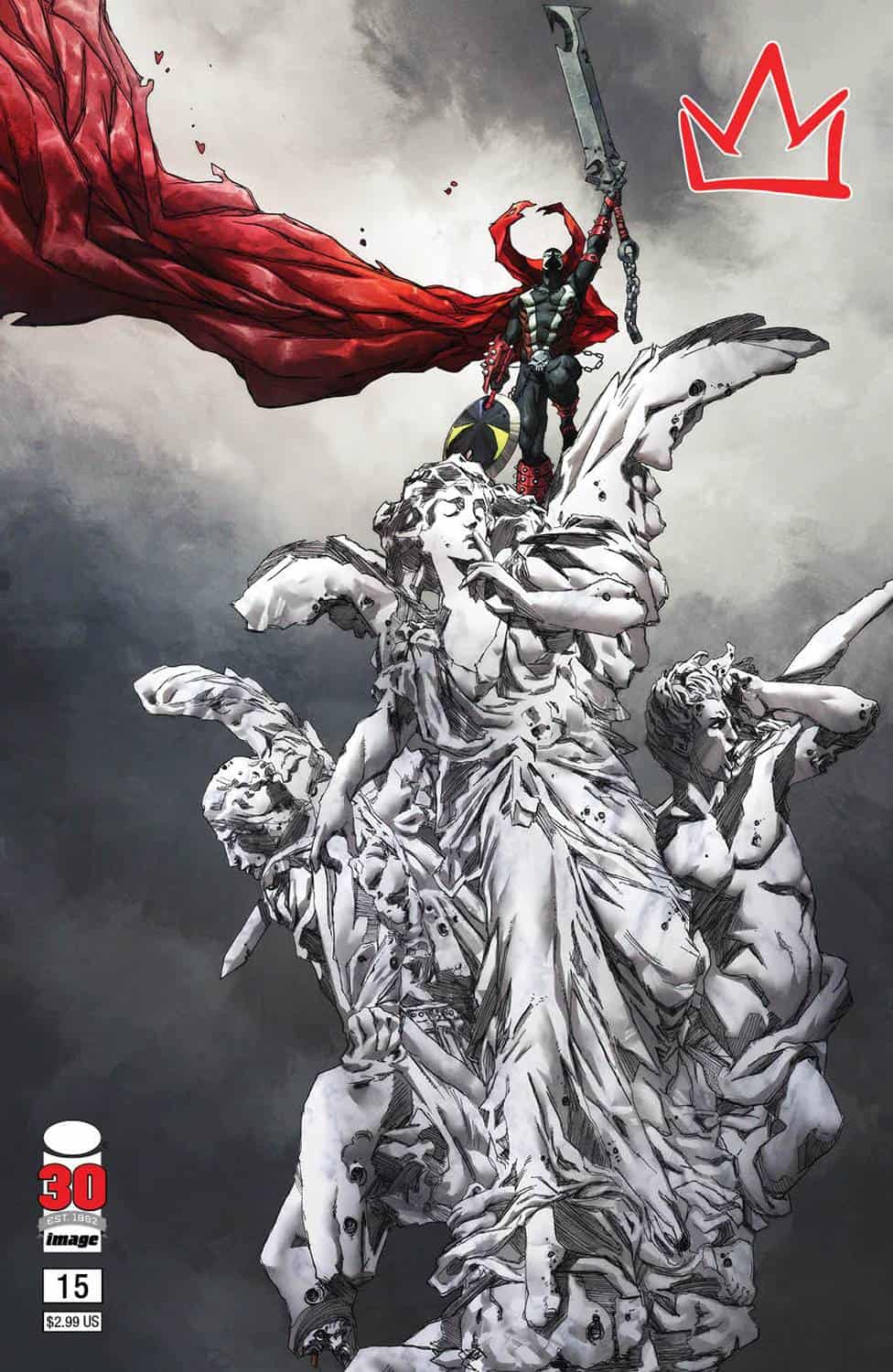 The world is nothing but Spawn’s pawn.

Deadly combos have been the meat of great stories since the dawn of man. Or at least until man bought his first watch! Bad jokes aside, Van Helsing and Dracula, Dr. Loomis and Michael Myers, and now, King Spawn and the Clown. Yes, I know they’re not new but humor me on this one; I promise I’m going somewhere.

Issue fifteen starts off where its predecessor left off. All hell is breaking loose, and Spawn is playing a dangerous game of chess. With this latest issue, Sean Lewis continues to build momentum that is sure to lead to a massive reveal that only he can do. We are a bit over the first year into the series, and there has yet to be an issue where we can catch out a breath as every issue continues to be a punch of excitement to the chest. Speaking of excitement, Thomas Nachlik’s art is creepy and sends chills to the soul. Panel after panel of brooding art perfectly captures the torment that Sean Lewis has laid out.

Spawn’s mind is a delicate piece of dynamite sitting next to an open flame. This is highly evident in this issue. He’s willing to gamble, and no collateral is safe; Spawn has never been this dangerous before. There’s something brewing in these panels, something that will shake the Spawn Universe to its core. Stay tuned, and read King Spawn.

King Spawn continues to be one of the best books on the shelves you're not reading!