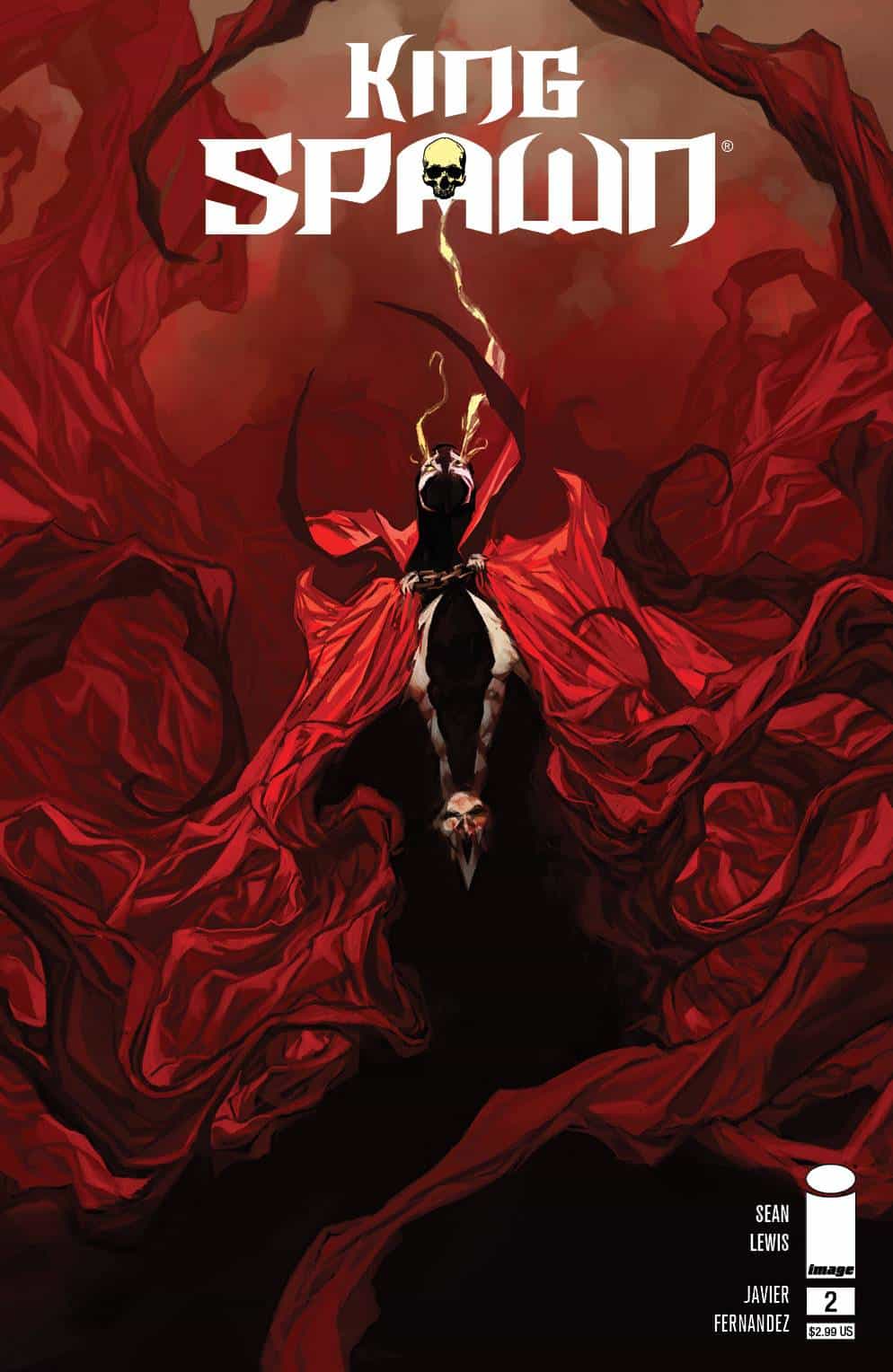 Kincaid is back and worse than ever. War is on the horizon, and the lines in the sand couldn’t be fainter.

Sean Lewis and Javi Fernandez have formed like Voltron and are producing one hell of a series. Those familiar with Lewis’ work will automatically know his pacing and ability to hook the reader in and not let go. From the beginning, we know that Kincaid is back and is the puppet master who’s pulling the strings. The ride begins to pick up steam by finding the right blend of action, horror, and drama without oversaturation. Filled with tenacity and unbridled rage Spawn, is hellbent on putting an end to the nefarious Kincaid. But is it too late?

One of the nice things about King Spawn is that it feels separate from the regular series and stands well on its own. Its fresh appeal will no doubt bring in a new generation of Spawn fans.

There’s a creepy element from start to finish about this book that makes your skin crawl. Whether it’s Kincaid’s face, the gathering at the capital, Spawn absorbing the killer’s bullets, these only add to the book’s addictiveness. It is evident that Sean Lewis has settled in and has become one with Al Simmons. There’s a reason why Sean Lewis has been tapped to write more Spawn books. Shoring up the story are Javi Fernandez and FCO Plascencia on art and colors. As I’ve said in past reviews of horror books, horror is a delicate and demanding medium that needs to be respected. Fernandez and Plascencia are a great package deal that delivers the goods on every page and panel. One of my favorite parts of the book is when Spawn is flashbacking to when he first met Kincaid. This layout is a prime example of how it should be done. The browns, oranges, the eyes of Kincaid looking at the reading as he ingests whatever he just ate, his face stained with its blood. If you take the dialogue off of the page, and you’ve got one hell picture that tells a tale of pure dread and hatred.

Overall, King Spawn #2 is another satisfying bloody offering that will send chills up your spine. As a long-time Spawn reader, I wasn’t sure how these new titles were going to be. I was picking them up regardless as they belong with the other 300 plus issues in the long boxes. I wanted King Spawn to be good, and it turned out great.

King Spawn #2 is a 5-star experience of horror.