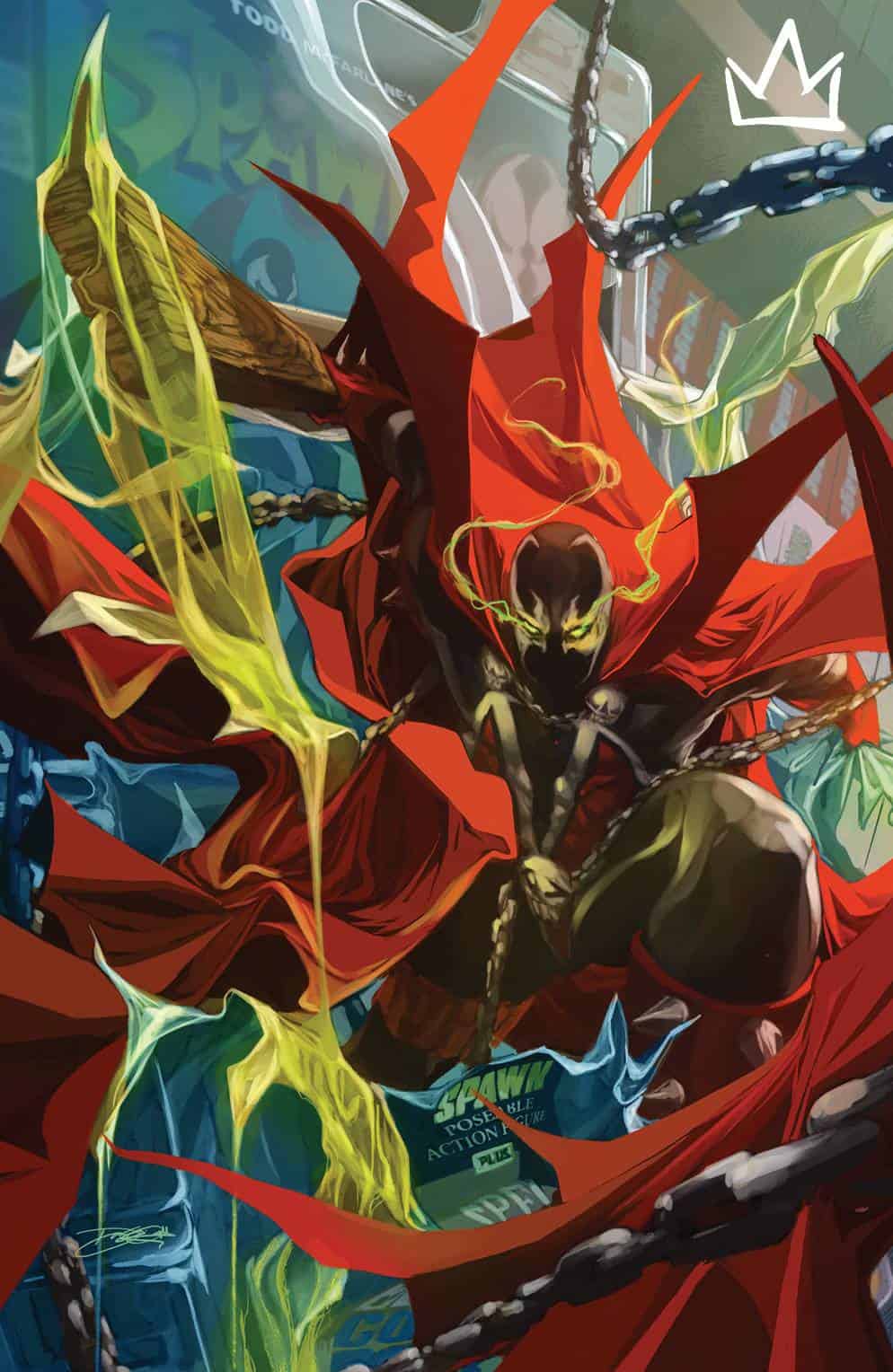 King Spawn is pissed and he’s ready to unleash all of his fury on everyone and everything that stands in his way.

What feels like decades of issues is really only 8! Issue after punishing issue, King Spawn continues to shine its bloody brilliant light on the comic world. By this time, if you’re not impressed, entertained, and sold on Sean Lewis, Javi Fernandez, and King Spawn, then you’re most likely doing comics wrong.

Relax, I’m kidding…or am I?

Regardless of your opinion of the book, there is zero deniability in Lewis’ ability to pen a story that keeps you on the edge of your seat for the entire read-along. Issue 8 sees King Spawn presented with one helluva of an ultimatum. Raise Wanda and take her as Queen or continue on and face the Exodus Foundation? If there’s one thing that Spawn knows is that whatever is on the surface is not always what it seems. Could this be the case?

Sean Lewis continues to write Spawn in a way that puts the readers into every panel, almost feeling like a part of the story. As Spawn starts to unravel what could possibly be waiting for him, having enough of all that have ever stood in his way and pressed their ways against him, Spawn sets off in a barrage of hellish assaults, vowing to rip the powers from Black Azareal and anyone or anything that stands in his way. The ensuing fight scene is decorated as only Javi Fernandez does. Chains, blood, weapons, and sweat jump off the page and land in your lap. Fernandez continues to spoil King Spawn readers, and we thank him for it!

As the book wraps up, we get a little flashback to “when The Green was healthy” now without spoiling too much, this could possibly be setting up the stage for the ultimate David vs. Goliath meeting that in the hands of Lewis and Fernandez will no doubt continue to shake the very foundation that King Spawn stands on.

King Spawn 8 is yet another notch in the belt of fabulous comic book stories.