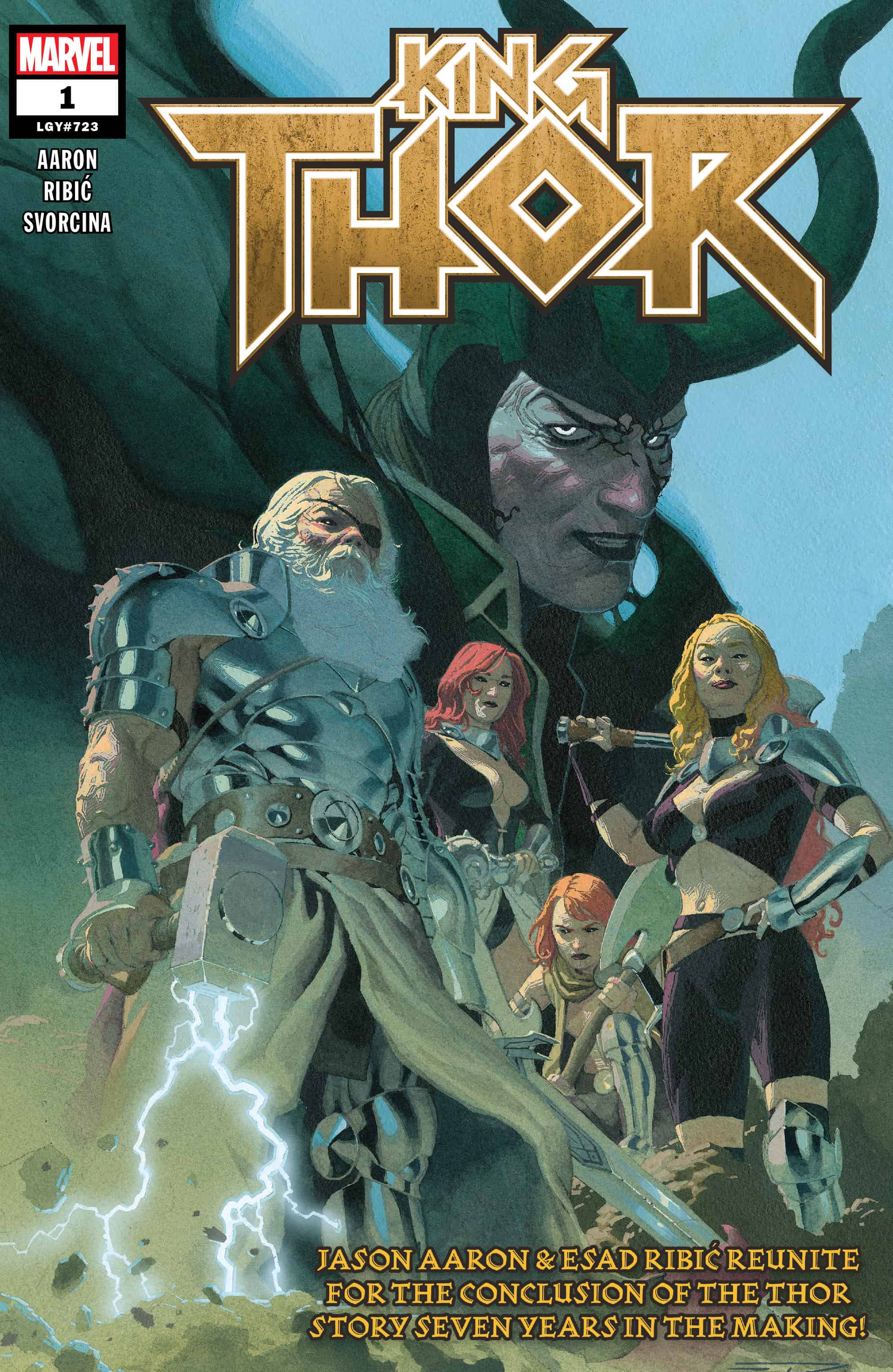 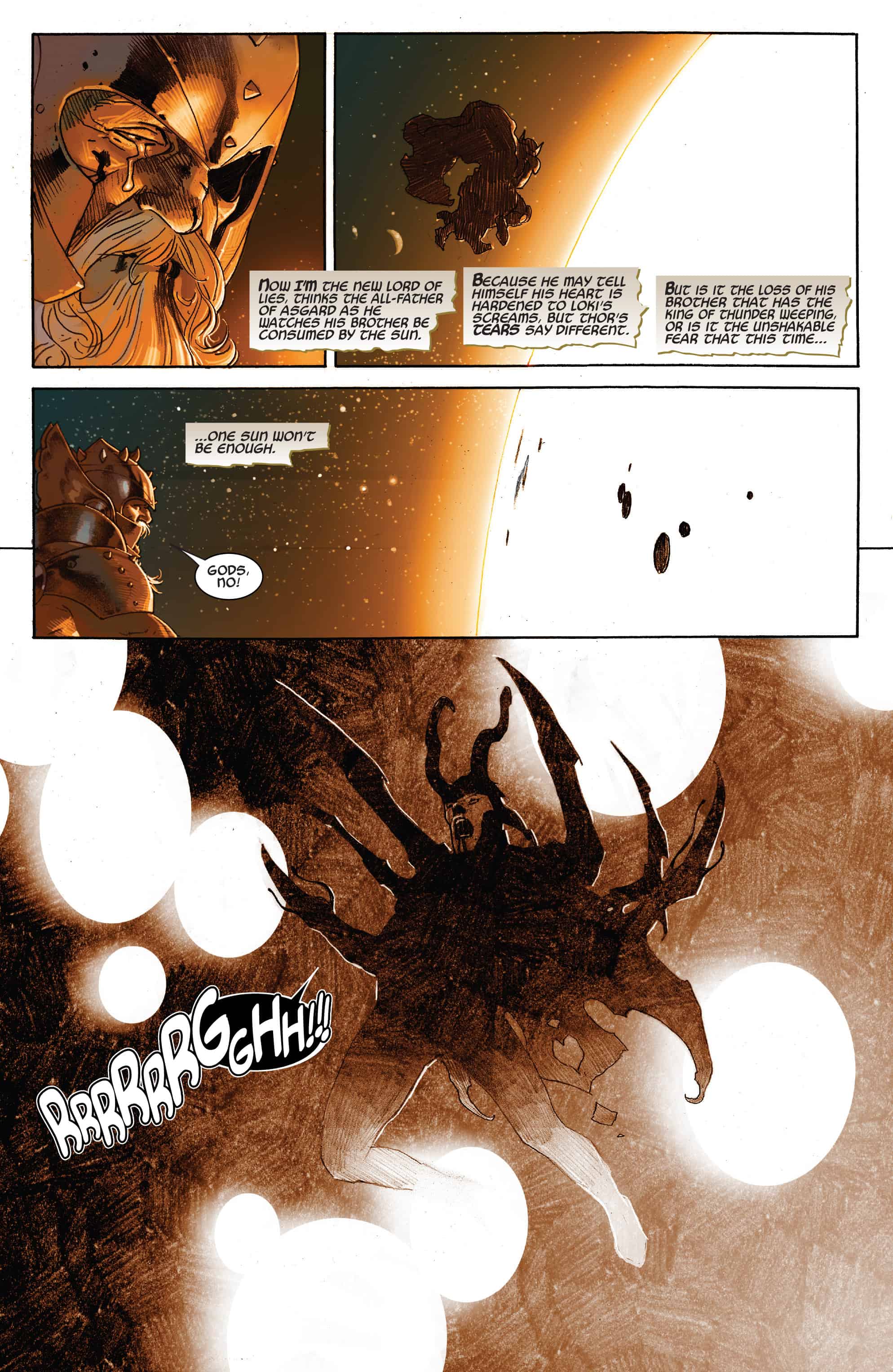 I was a bit underwhelmed by a couple parts of this issue. For one the character development made by Loki these last few years between Fraction, Gillen and Aaron himself is completely reversed and this Loki is the sneering backstabbing jealous adopted brother we’ve known for decades. Lame. Likewise the wow factor of the last page twist left me a bit nonplussed, it’s a full circle moment but we’re so far beyond God Butcher basing a huge reveal on Gorr isn’t as impactful as I might hope. Not to mention although it was nice to see Shadrak the Mad the second death of Omnipotence City was just yet another footnote I’ll bring up in a few years when the next writer forgets it’s gone (looking at you, No Road Home!).

On a more positive note this issue begins the end of a legendary Thor run by Jason Aaron that spans over 120 issues (counting tie ins and minis) doubling the length of the Lee/ Kirby run and tripling the Simonson run lengthwise. This run has operated with a depth and energy that will be tough to follow for the next creator. It just seems like this issue could have been Thor God of Thunder #13 and been just as impactful outside of it’s place in the cosmos as the first issue of an epilogue miniseries. I just don’t feel any progression of these last 6 years in this issue and frankly it’s disappointing. 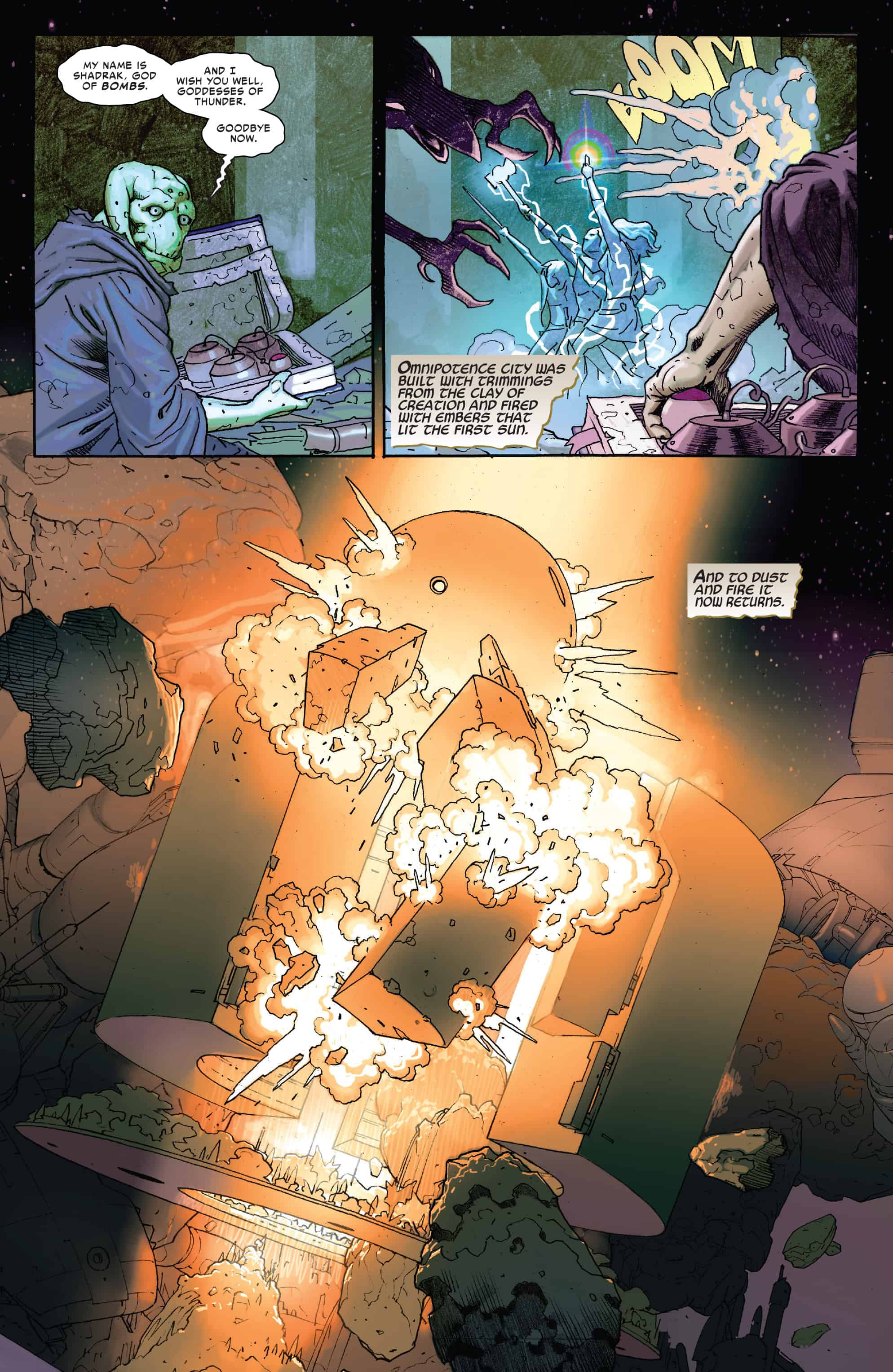 The return of Esad Ribic is a happy one and many of the scenes look phenomenal. The kinetic motion displayed in the fight scenes is particularly vibrant and the color palette is very expressive. I love Loki’s necrogod look and Gorr hasn’t aged a day considering decades have passed, I guess he’s a god now? Sure, ok! But joking aside the fight that makes the bulk of the issue is awesome for what it is.

A fine issue that was a bit lacking in weight when it should have had some. Hopefully this miniseries picks up.