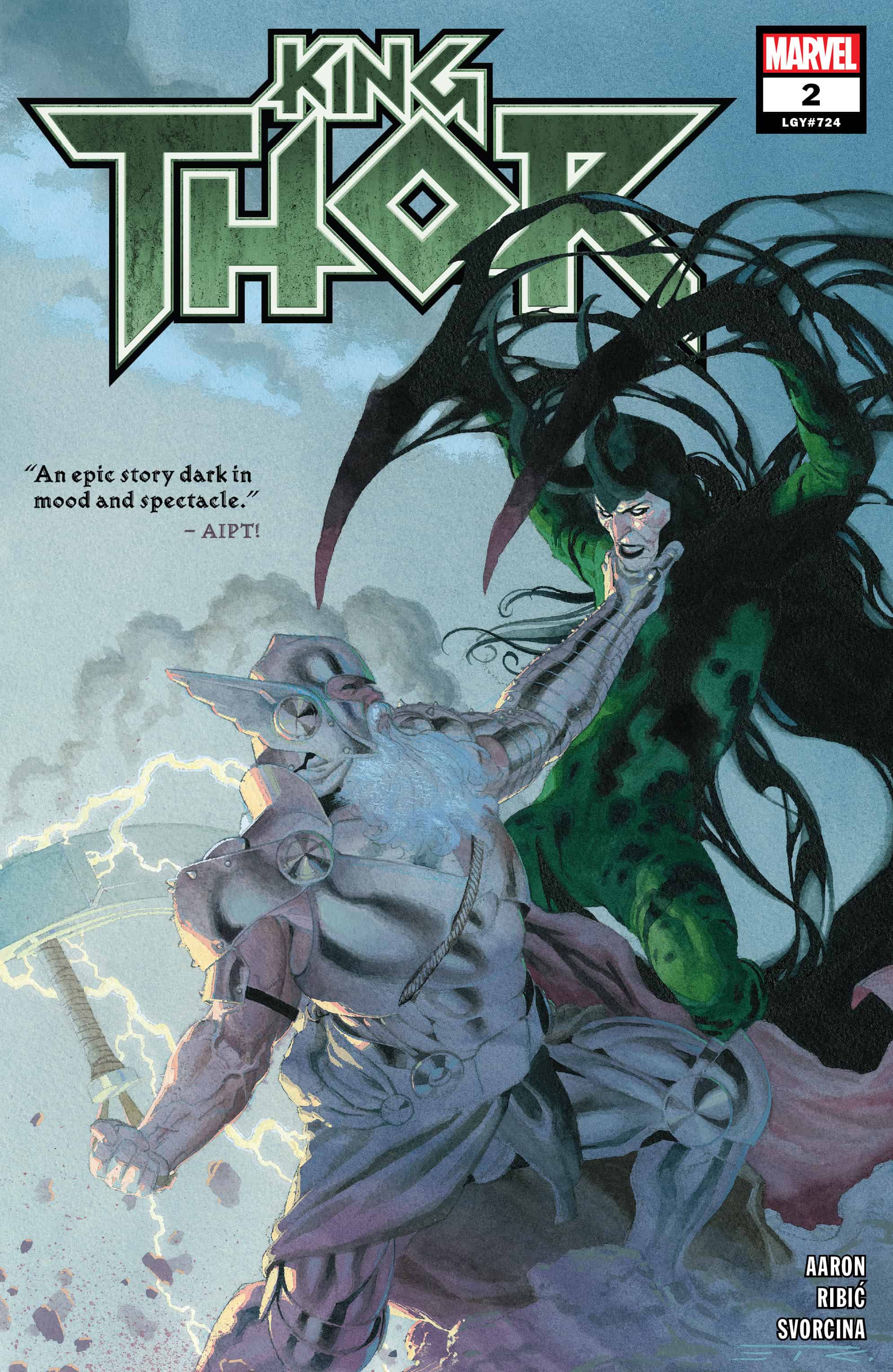 Gorr has returned, reconstituted from All Black the Necrosword by Loki to decisively end the reign of gods in a way the God of Mischief never could. Can even the combined might of All Father Thor and Loki stop Gorr from blotting out the stars and beyond in his petty rage?

An interesting second issue that is a bit scattered narratively speaking but pretty straightforward for a story where Loki is concerned. I love the idea that even Loki knew he couldn’t be trusted in his motives so he revived a force that can’t be stopped to end it all. It is a little funny that Gorr is so blind to the implications of his own motives, he wants to end the gods and raise a new race but that is so clearly playing god. It reminds me of the saying some vigilante or other has said, if you kill every murderer on earth there will still be one, likewise if Gorr murders every god he will still exist. 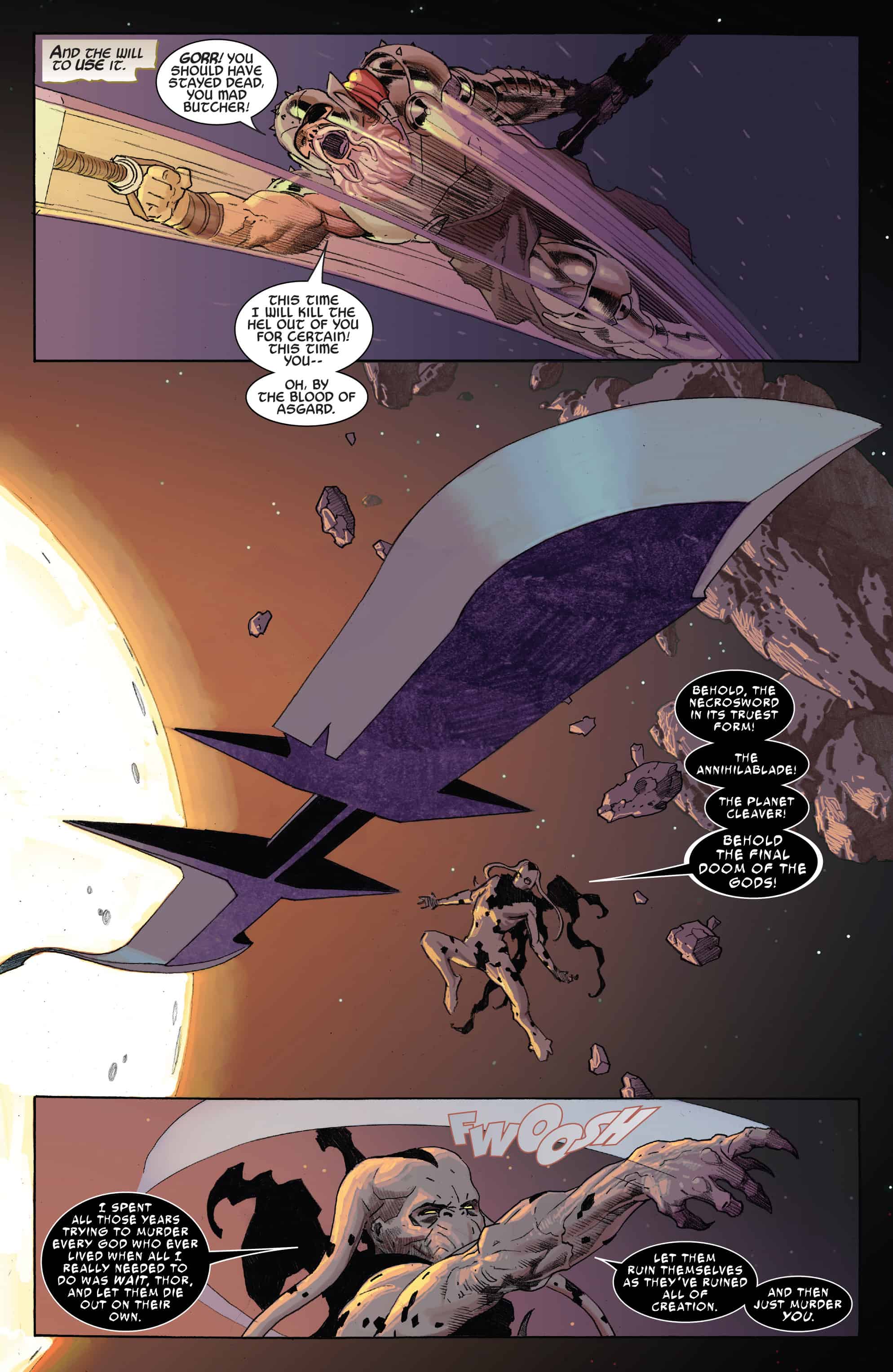 All in all this miniseries is an odd epilogue to Aaron’s run, a lot of this far flung future stuff is so diverged from the main universe that it’s hard to assign anything any believable stakes but that’s the beauty of it. Without distraction and ambition clouding the interaction we get some truly amazing conversations between Thor and Loki as brothers. Without deception or preamble I feel we’re cutting to the core of their relationshi- ah, we’re sucked into a void, interesting.

The Girls of Thunder (their words not mine) seem to have something to help from Omnipotence City I’m curious what it could be, I swear if it’s the Ultimate Nullifier…

All in all this is a fantastic series if you’ve been reading Thor over the years, maybe not if you haven’t? I probably ought to ask someone without a background in Thor to read it for all I know it’s incomprehensible nonsense to the uninformed, but I like to think it possibly could stand alone.

The art by Esad Ribic is great, just great. The fight scenes are dynamic, character work is solid and everything just looks amazing. I’m super impressed with the spectacle of it all, so good!