Knights of X #2: The Crooked Market 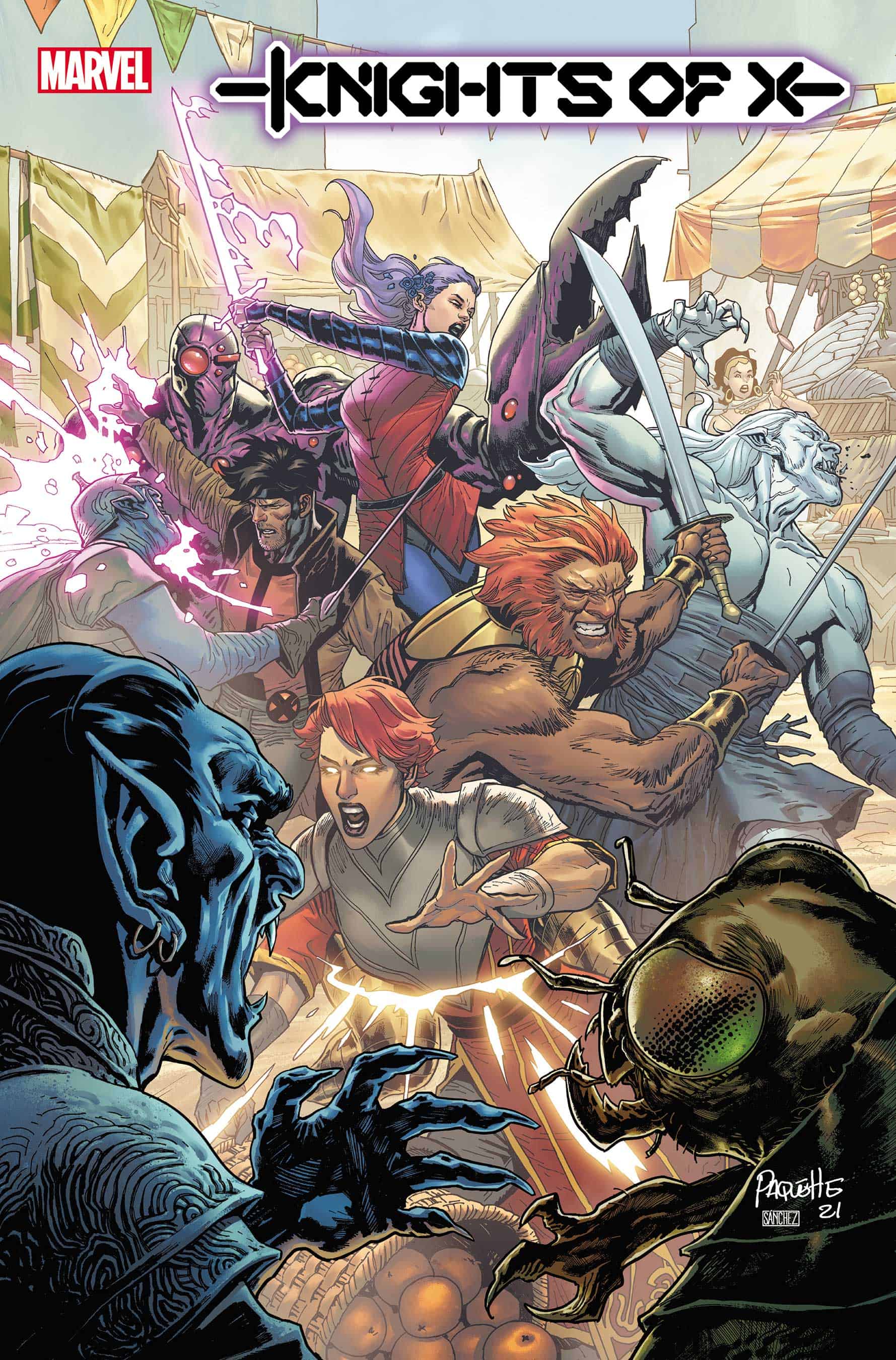 THE QUEST REVEALED! Betsy Braddock has assembled her Knights of X! Their mission: to save Otherworld from Merlyn and his powerful henchmen...by finding the holy grail of mutantkind. But Otherworld is vast, and innumerable armies stand in their way. When Merlyn targets the Crooked Market, a safe haven for mutantkind, the Knights must split up. Will Captain Britain find the grail? Will Gambit lead the others into a deadly trap? Death looms over the Knights - in more ways than one.

I’ve never really been a fan of mixing magic with X-Men. My brain associates the X-Men with sci-fi steeped in a sense of realism (as realistic as superpowered supermodels can get, at least). However, I’m a fan of a lot of the characters on this roster, including Gambit, Meggan, and Kylun. In fact, the whole cast is great, so I was completely ready to get lost in a world of sword and sorcery. 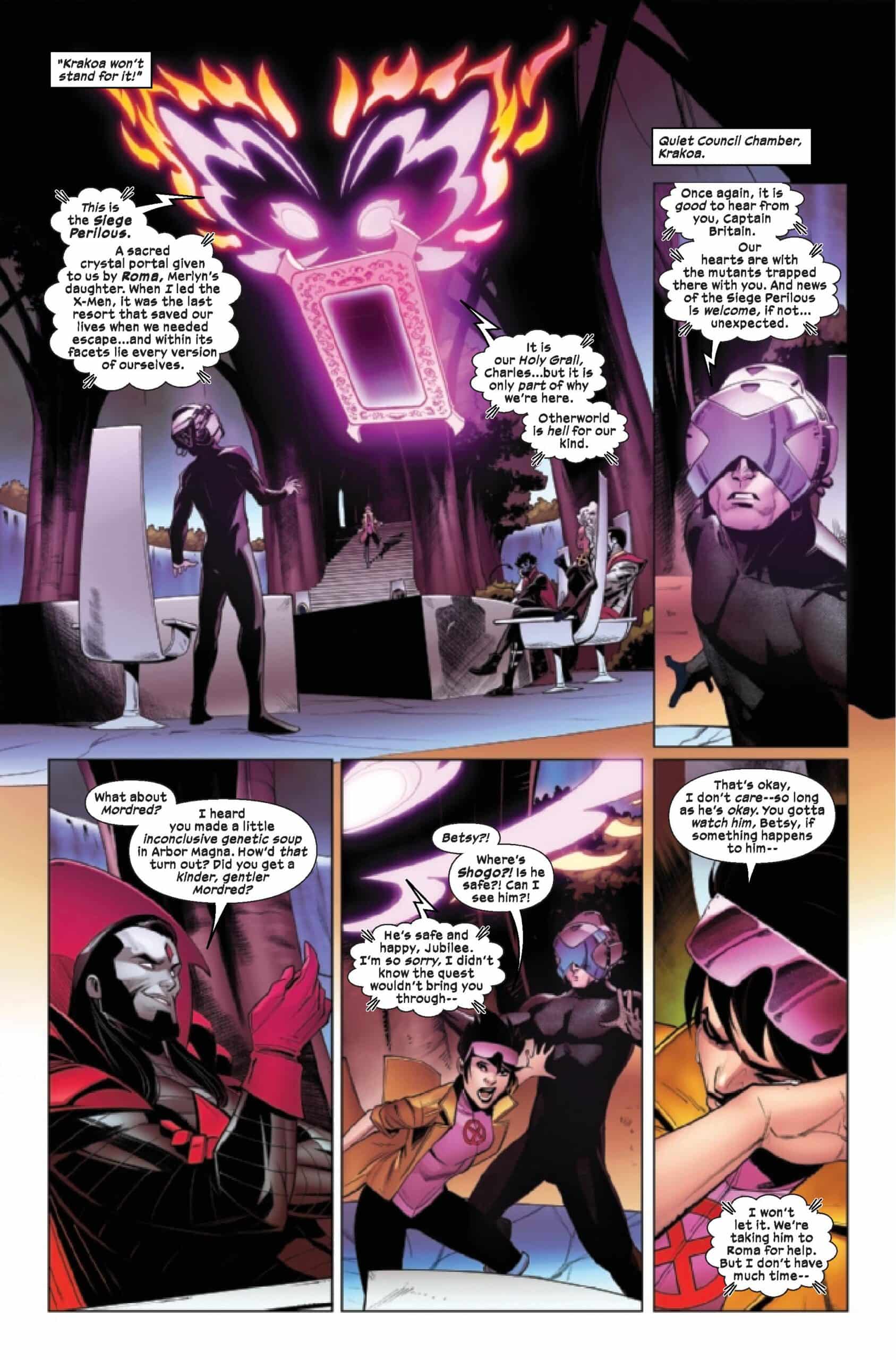 What I found was a decently fun adventure with so many words that aren’t in my vocabulary. Blightspoke? Witchbreed? Ser Vescora? Blightswill? These are all parts of Otherworld, and I’m sure I’ve seen all these words in the past in other comics featuring the magical plane. But for this book, it felt overwhelming being bombarded with all these very specific words and phrases. I can see other casual fans being turned off by this as I was, but die-hard Excalibur and Knights of X fans probably think I’m crazy. I appreciate the world-building done here by Tini Howard. I simply wish it was easier to follow for fans not in-the-know.

There are some great character moments, like Kylun losing his cool around Mordred or Meggan comforting Gambit. There’s also a fun battle scene with Shatterstar, Rictor, and Mordred. Artist Bob Quinn excels at the action moments, and my body feels whole whenever I see Meggan flying around with pixie wings.

If you're an Excalibur stan, this series is for you. If, like me, you have passing knowledge of Merlyn and Otherworld and Mad Jim Jaspers, you might be a bit confused. Make sure you have Wikipedia handy!

Knights of X #2: The Crooked Market