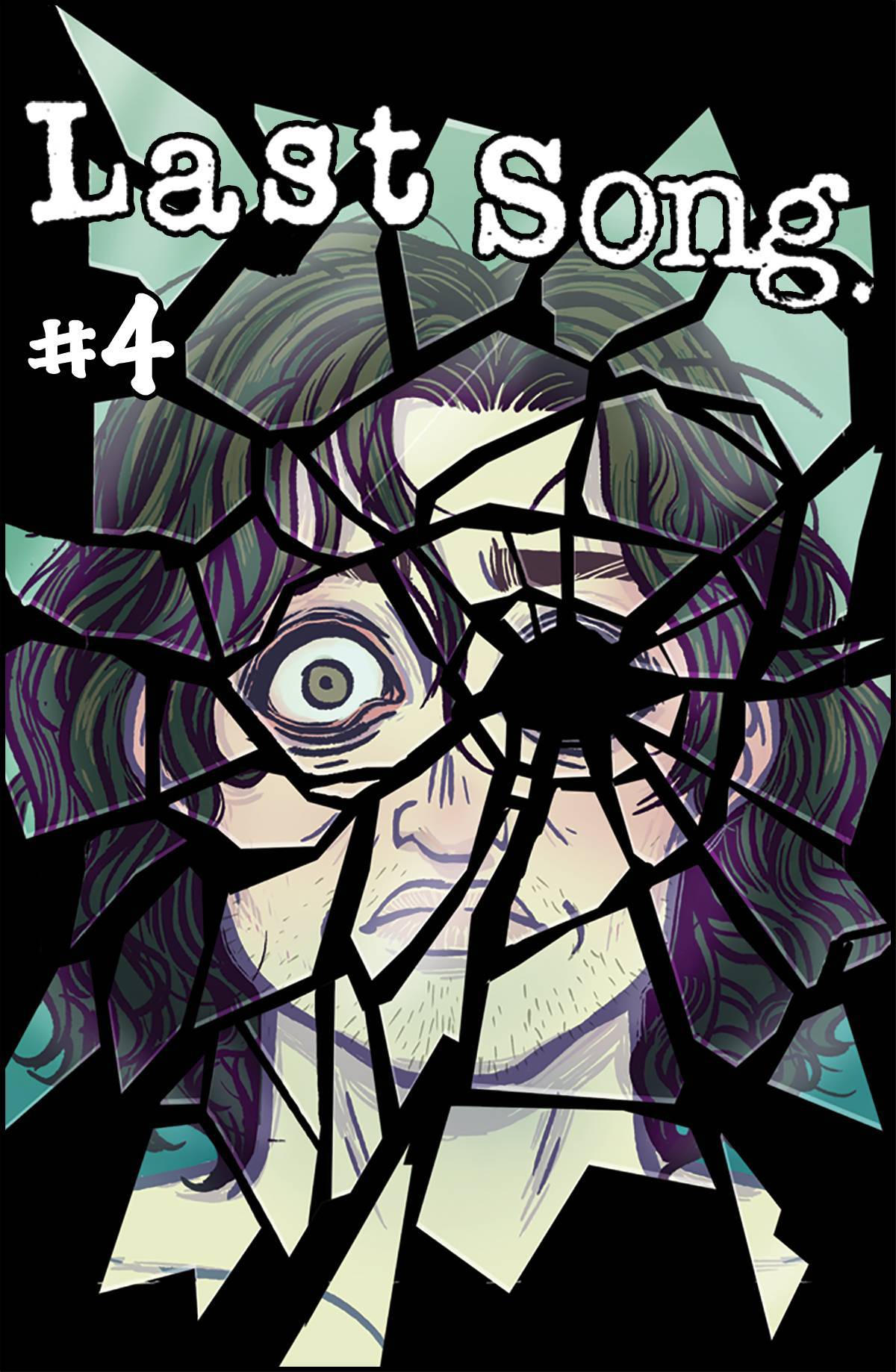 An end is all that was ever going to happen, but it's still gutting. Moving on seems futile. A death makes the news. Nicky hangs on rituals. Rewind, rewind, rewind. Something has to break. What's it going to be?

I’ve been enchanted and fascinated with the emotional journey Holly Interlandi has created for these four characters long before I arrived at this last issue, last show, last song. But here all the pieces match and everyone’s journey winds up, or crashes, or both, in what to me feels very much like a harsh, sappy ending. Natalie Jackson’s lovely, preciosist, emotion-filled lines make this issue feel like a heartbeat and like a story you tell while you cry about it, but also smile about it. DC Hopkins’ letters also accompany the changes of tone in the issue and the heart of it, putting sound, tone, emotion, into how the letters change. And it’s that preciousness and detailed design, contrasting with some of the difficult themes conveyed, that make Last Song say goodbye like the best song you always wanna replay again, until you squeeze every emotion out of it.

There’s care and complexity in how this last issue wraps up the different arcs of most of our main characters. From the concert and how emotionally tense the lost romance between Nicky and Drey is, to the events that torpedo the closing of this story, everyone feels so real. While we saw Charlie as the extroverted fun excess-filled guy for most of the story, the little clues here and there unfold here uncovering the horrible consequences of his addiction issues. And the art fully accompanies it, melting confusing lines of the street and cars and city lights, as Charlie deals with his most difficult feelings and demystifies the fun. It furthers the point of how addiction can look fun and feel horribly. Alex gets the final word, the speech, in this issue, and we see her, a character defined by her tendency to shut down emotionally, her seriousness, distant attitude, take the lead in fully expressing her emotions and celebrating Charlie. As she reaches out for the joy of the relationship they had, the issue puts the final focus on Nicky.

The ending of this comic couldn’t have arrived more to my heart, as Nicky deals with death and the contemplation of suicide, the ways in which that was always close to him since he was a kid, and starts to break up all his stuff around him. We feel, fear, and the art is absolutely sending us into Nicky’s spiral. And we feel how much he doesn’t wanna fall into that, and he wants to find something to live for. And then, as some stranger recognizes his music in a random cafe, we feel Nicky find a reason to keep going. The comic tells you the same story: how we survive, how, when everything is difficult, a song or a comic, or the perspective of what you could be, can make you choose to live. Despite it all.

Last Song ends its rough story  with a reminder of what it means to choose life in the presence of death, depression and trauma, and it does so with infinite care and love.