Leaders of the Free World #3: The Mystery of Chessboxing

Leaders of the Free World #3 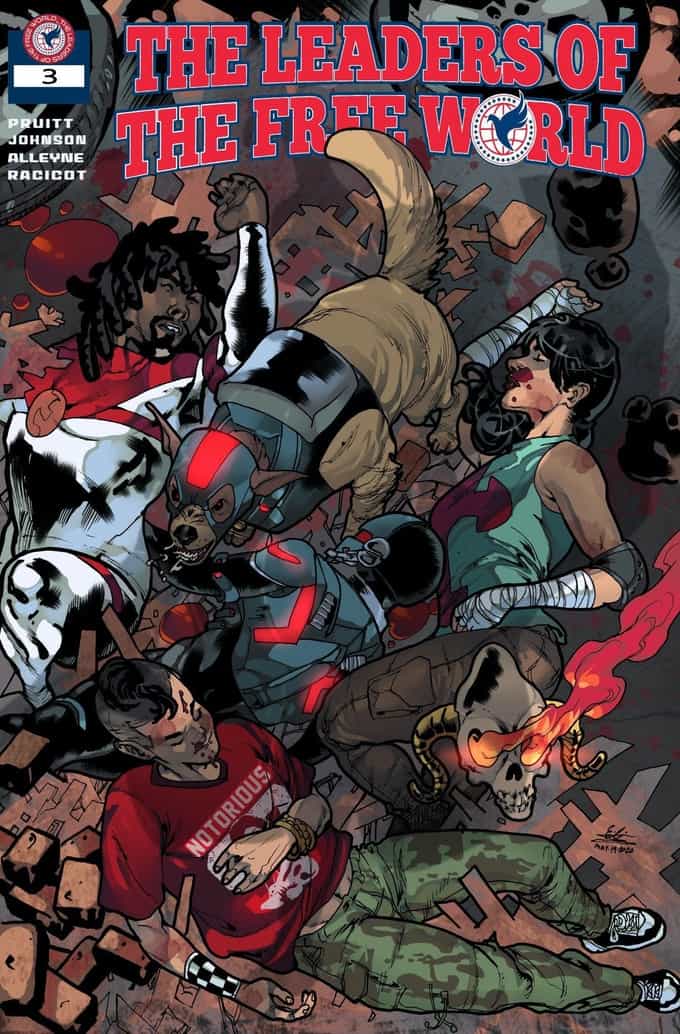 Super powered humans are bound to their respective countries, by order of the law and the all-powerful "GODSEND". But, what happens when a group of heroes break that law and their geographic barriers to team up to save the world? Well, I'll tell ya, the"GODSEND" are not happy and the fight is coming in Leaders of the Free World #3.

Leaders of the Free World is a Kickstarter comic that I have been backing for a while. Writer Corey Pruitt has built a superhero team that is part Justice League, part Avengers with some of that X-Men drama thrown in. In the past three issues, Pruitt has introduced us to some supremely unique characters and built up a wild, vast world of his own. In issue #3 of Leaders of the Free World we get to see these characters come together, fight, bicker and become a “team” of some sorts.

Pruitt’s writing shines in these moments when the team comes together. They already feel like a big family. With the jokes and infighting already happening. Leaders of the Free World #3 is that issue after the big fight where this new team tries to figure everything out about each other. Pruitt delivers some great dialogue and gives the characters some great interactions while continuing to develop them and push his story along.

I will say that there might be too many characters and a lot going on in the series for the third issue. I do wish we had a little “smaller” focus on characters. I also do not have a full grasp on the whole “GODSEND” part of the story, but I do feel like it is coming along. I think the ending did a little too much to add to the confusion.

Pruitt continues to deliver great dialogue through his issues. Each character feels very unique of of their own. Each one has their own voice and feeling. Pruitt does a superb job of capturing each characters own sense of self and bringing that out on the pages. 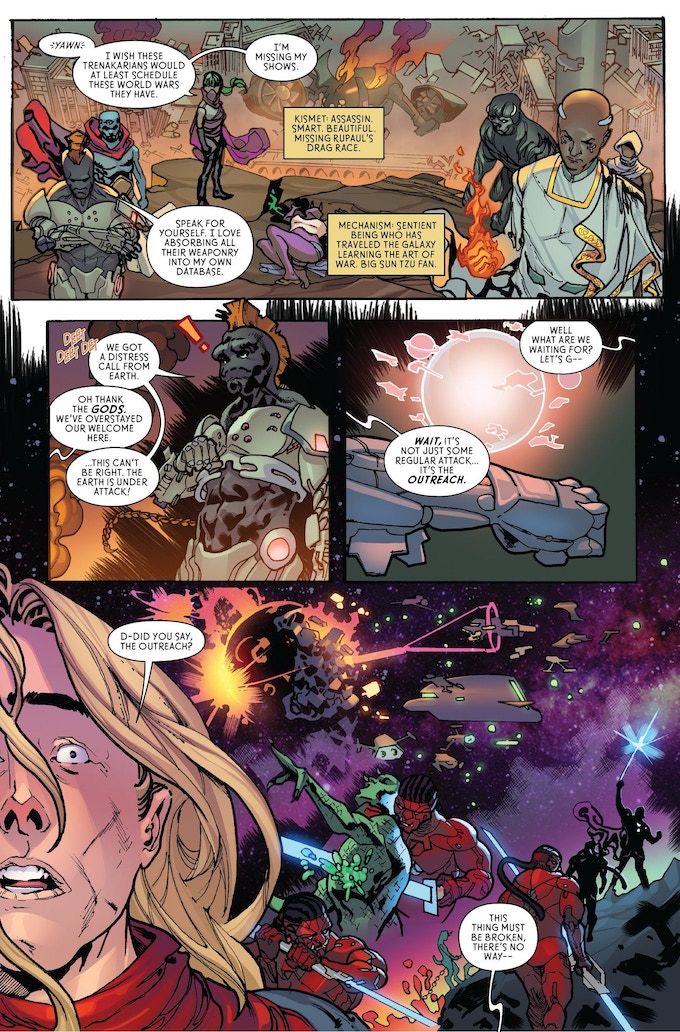 The art in Leaders of the Free World #3 does continue to impress and improve with each and every issue. Eli Johnson delivers some delightful pages. When Johnson gets a big splash page to work with is when his art truly shines. There are several in this issue, my favorite being a flashback Monkey King scene, Johnson can draw a beautiful dragon along with some spectacular coloring. Johnson captures an elegance yet fierceness of the beast spectacularly well on the page. Paris Alleyne and Bryan Magnaye do some amazing coloring work throughout this issue. Great texture and bring together a wonderful look

Johnsons art does continue to struggle on the smaller scenes and panels. Faces seem muddled and just not proportional right at times. With ink lines seeming a little shaky or with odd curves.  These smaller panels do distract from the great work he does on other pages. It is just inconsistent through the issue.

Johnson continues to capture action well in the pages. He had a wonderful fight scene in issue two with the character Medic. He delivers another good one in this issue. Fantastic sense of movement, power and “flow” when some characters go toe to toe. Johnson also fills the issue with great background detail bringing the world alive, feeling full and lived in. Also, can’t stress this enough from a guy that reads a lot of indie comics how important it is to get a good letterer like Toben Racicot, can make or break a book.

If you are looking for a solid indie comic book to back then Leaders of the Free World is one to look into, you can pick up all three issues right now at Comixology. Now I won't say it is perfect some story points and art needs to cleaning up, but man there are a lot of cool things going on here. If you want a new big superhero world you can jump right into from the beginning then this is the series for you.

Leaders of the Free World #3: The Mystery of Chessboxing