Legion of X #2: The Spark Be With You (And Also With You) 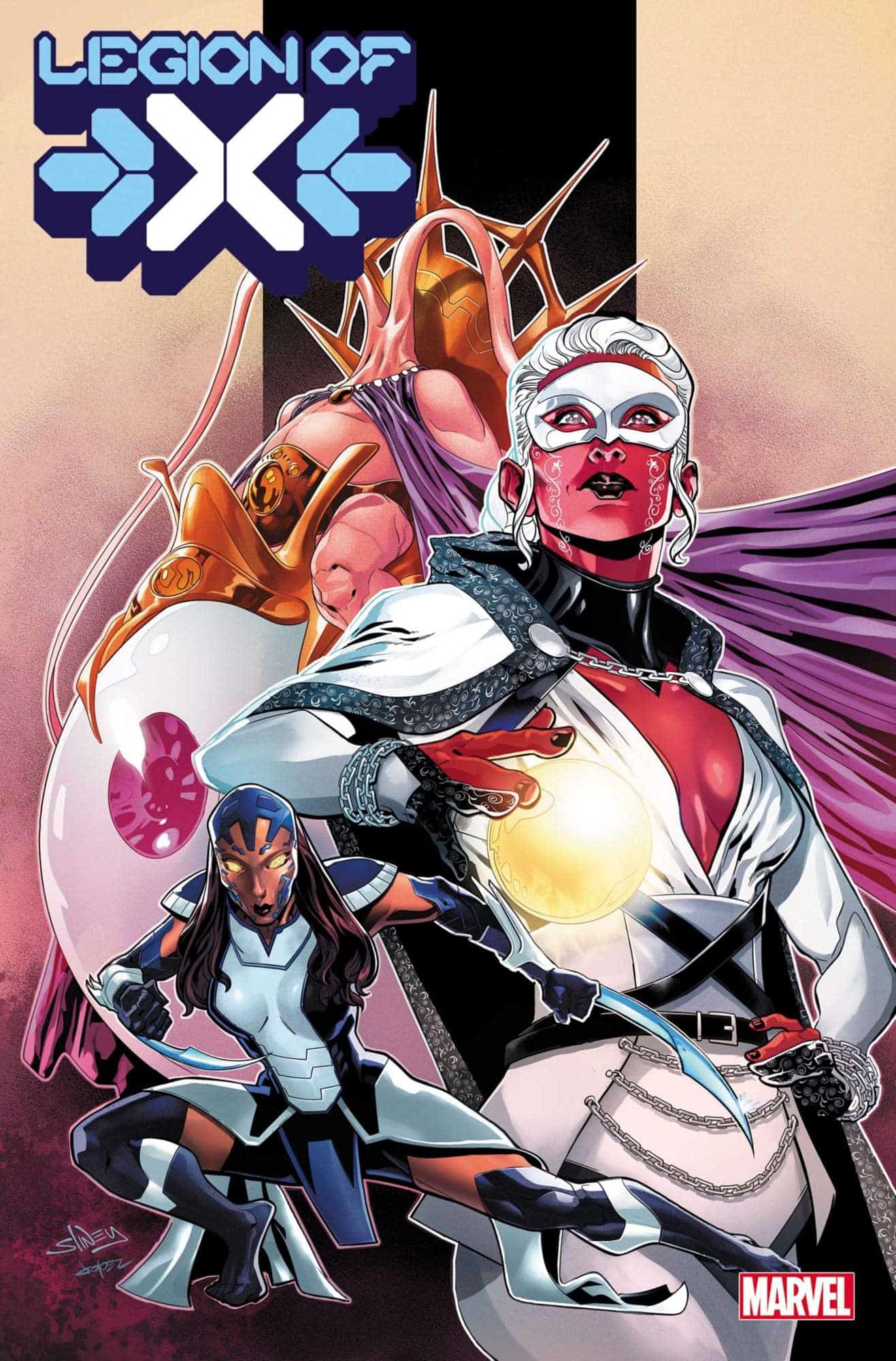 Will Legion make a deal with a trickster God and prove his daddy absolutely right? What's the deal with that Skin-Jacker? Will Zsen ever get into Nightcrawler's spandex? Read on to find out.

This issue was packed with philosophy, beautifully-drawn characterization, and astonishing art. It’s pretty clear that Si Spurrier has read his American Gods (Dr. Nemesis’s theological breakdown was definitely a descendant of that approach to godhead) but this was less plagiarism than homage. It’s fascinating to see how this approach to belief reacts to and intermingles with Krakoan culture. I’d like to send Spurrier a copy of Jung on Mythology just to see what fizzes up.

As per usual, Legion was the central character. This story is definitely driven by an exploration of David’s insecurities and desires. Nightcrawler got a little handsy with Sage (his attempts to mingle philosophy with foreplay are hilarious) but otherwise he was just sort of there, and it’s more than a bit strange to see him referring to The Spark in deified terms (which he usually reserves for his seemingly now-absent Catholicism) when he was previously so very insistent that it wasn’t a religion.

As for the other characters, it’s wonderful to see Blindfold taking the reins and acting like a (secondary) protagonist. Lost is developing into an even more compelling pseudo-cop, and Zsen cuts through idealism (even when idealism is helpful) as effectively as her blades sever the muscles in Beast’s thighs. In her defense, given his actions in X-Force, it’s difficult to think of an ostensible ‘hero’ who more greatly deserves to have his legs cut off at the knee — even if such actions do go against the refreshing restorative justice ethos permeating the rest of the book.

There’s a lot more to say about the themes, characterization, the general (magnificent) complexity of storytelling on display in this text, but it’s difficult to do so without delving into spoilers.

The art is astonishing: a perfect, psychedelic mixture of form and function. Jan Bazaldua and Federico Blee work together phenomenally well.

I sincerely hope that this series lasts long enough to grow tiresome. Fifty or sixty issues might be enough.

Smart writing, astonishing art, and a side of psychedelic psychology make Legion of X one of the best books out right now.

Legion of X #2: The Spark Be With You (And Also With You)