LITTLE MONSTERS #5: Things Change For Everyone, Even Us 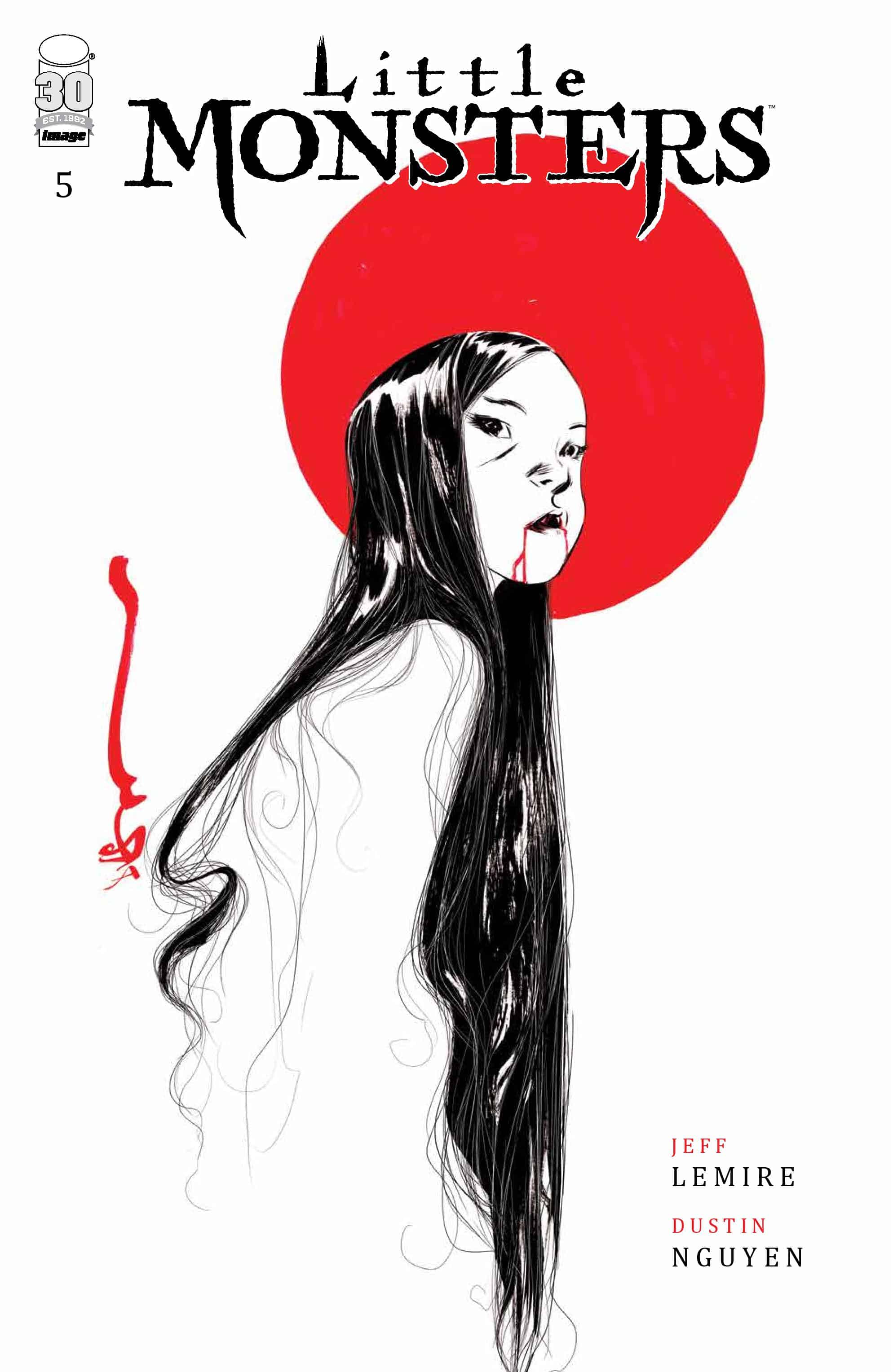 Previously, the young vampires found themselves in a human compound, and it ended in a bloody mess. Now, running from the wreckage, they’ve split into two groups: one helping young human Laura, the other being hunted by an unknown assailant.

Lemire opens with look at the bookish Yui and how she came to be a vampire using the tragedy of Hiroshima as the staging ground. The issue splits itself between the three vampires (including Yui) and the young human getting to know each other and picking up immediately in the bloody aftermath of the Billy’s group’s attack on the human encampment. The theme of the issue this time round is still change but rather the resistance to change which is embodied through the character of Yui who wants things to go back to how they were for 300 years and several of Billy’s group who want to go back to their sleeping spots despite Billy’s argument that they can sleep in new spots. The need for the familiarity and security wins out except for Ray who refuses to leave the body of his slain twin. It’s interesting how Lemire portrays the vampire children as hissing monsters when confronting humans but as soon as they exit panel the children are portrayed as more human in their interaction, its a clever way of showing how the children are seen versus how they are with each other. Ray is forced by the rising sun to seek shelter and that sets up the next issue as Ray finds he’s not alone in his hiding place… 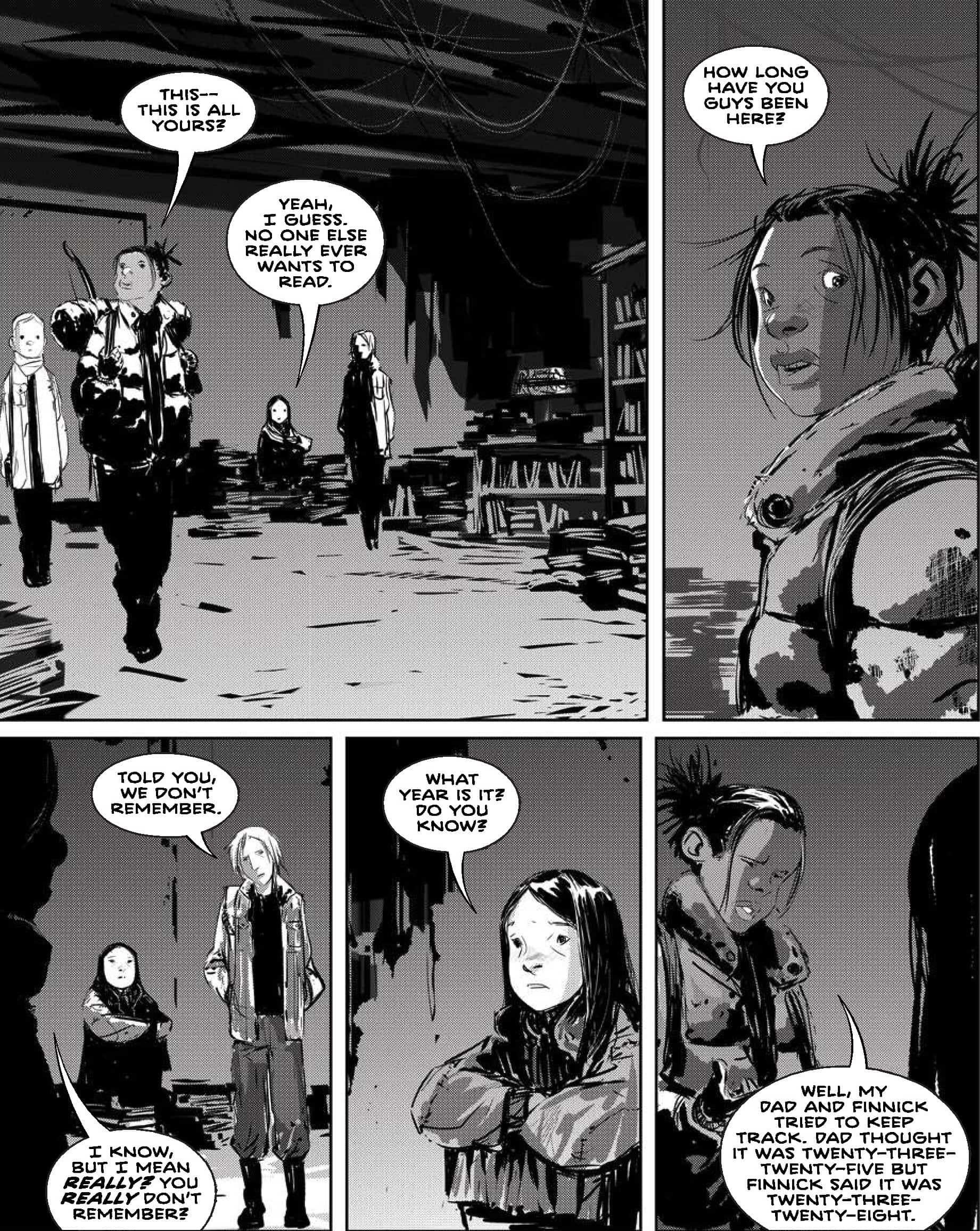 The art continues to be stellar this issue and starts with a brilliantly simple but striking cover of the character of Yui in a clever take on the Japanese flag. Nguyen manages to capture the horrific devastation of Hiroshima in black, whites and grey tones even as he carefully captures the expressions of Yui as she interacts with her Vampire maker. There isn’t a heap of action beyond the brief end of the confrontation between the human that killed one of the twins and this issue features the most limited use of the color red in the interior art but its strength is really in the interactions between the young Laura and the her vampire companions as they learn from each other and Billy and his interactions with his group. the emphasis is very much on interaction and Nguyen’s art captures the emotions of the characters in wonderfully subtle and deliberate ways.

LITTLE MONSTERS #5: Moves the story along narratively through exceptionally well captured and emotive interaction, from both the script and the art, between characters as it continues to examine the upheaval of change that the discovery of humans has brought to the children of the night after 300 years of being alone. Remarkable character writing combined with exceptional art continue to make this series a must read.

LITTLE MONSTERS #5: Things Change For Everyone, Even Us