LITTLE MONSTERS #6: The End of Forever 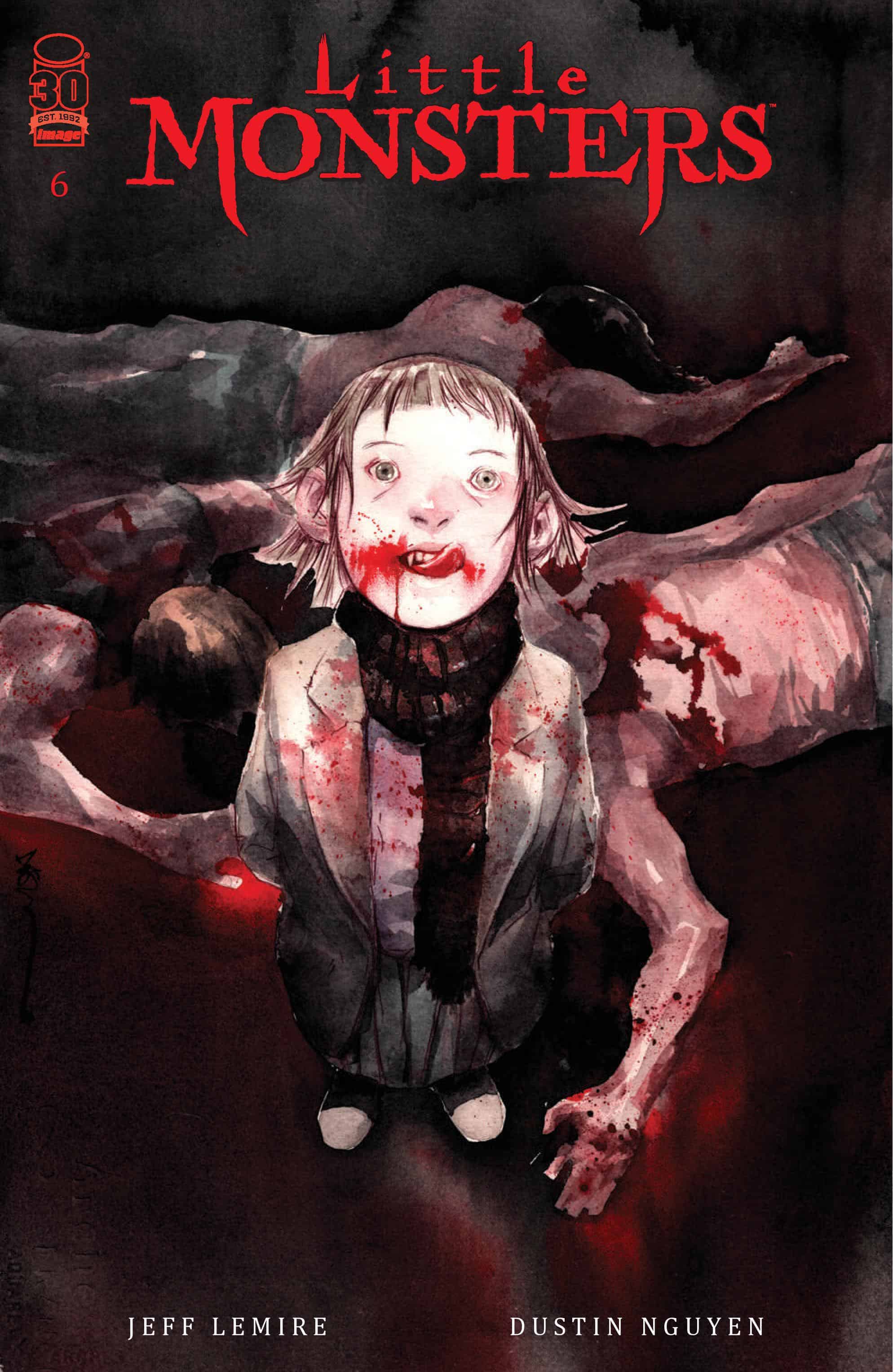 The humans’ presence has completely divided the young vampires. The human girl, LAURA, continues to ask questions of ROMIE to learn about her new ally…while RAY is held captive by a human with far less friendly motivations.

Lemire and Nguyen switch things up for this issue. There are no more glimpses into the history of the vampire children this time. The focus is exclusively on the now and starts with our human narrator Laura. The switch in script is accompanied by a change in the art too as Nguyen breaks the formula of black, white and red and introduces the use of every color but red to superb effect by showing Laura exploring the vampire city in the day and seeing Romie’s art in bright colors which covers the city walls which really communicates how long the children have been living in the abandoned city in a emotionally evocative way. Nguyen also brilliantly shows daylight by changing the ratio of white to black in the daytime imagery. It’s a subtle but amazingly effective shift. 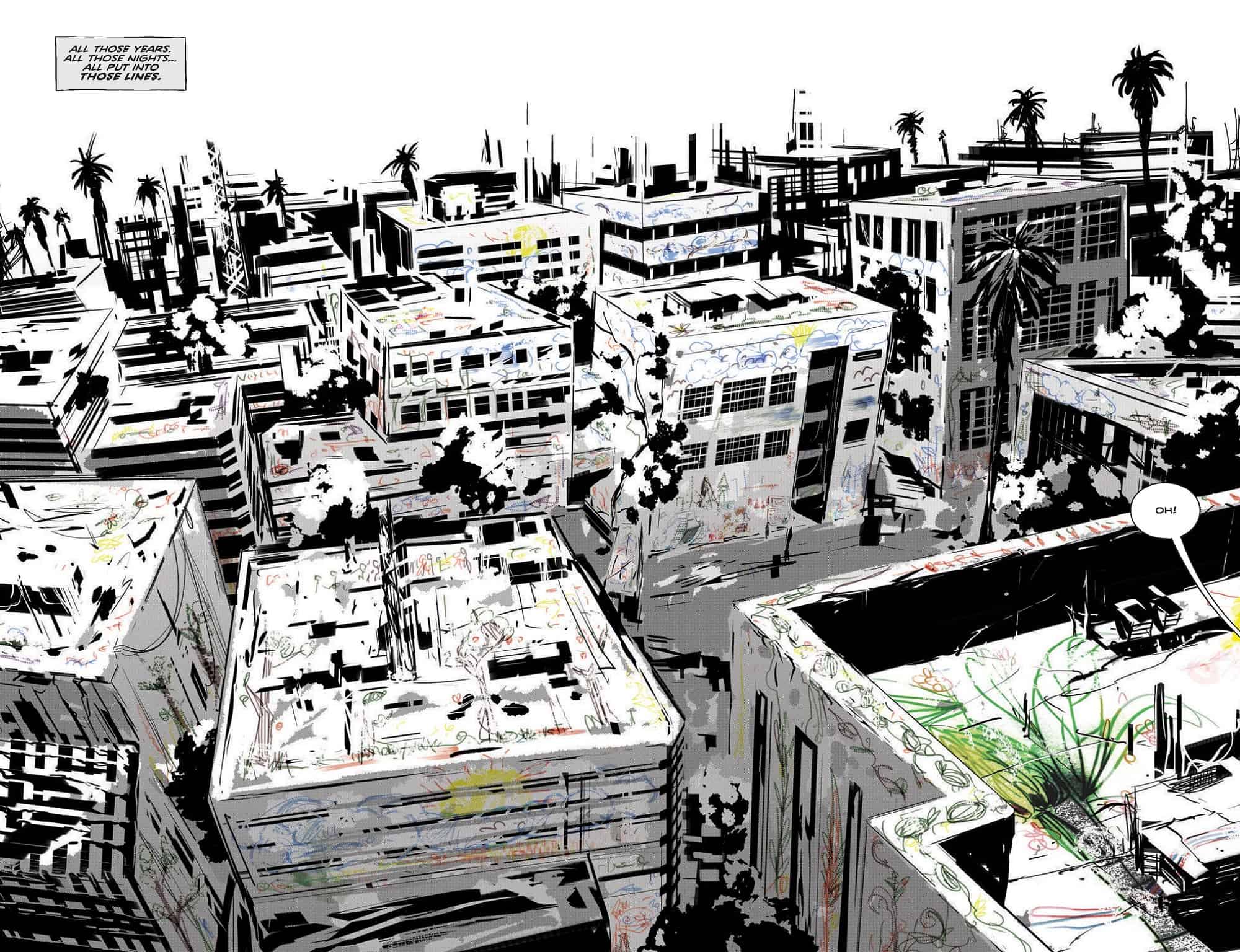 This issue firmly cements the schism between Billy’s group and Romie’s as Lemire explores how the taste of blood has really brought out the predatory instinct of the children who have tasted blood versus Romie and her group who are trying to protect Laura from them. Meanwhile Lemire also explores what is happening with remaining twin Ray as he finds himself trapped with an adult human hiding from the sun as the human questions him about the other children . There are still several interesting questions the issue raises. Why were the children told to stay in the city by the Elders while the humans were told to stay away from the city. The chaos of change remains the theme with Lemire also touching on how some off the children want things to go back to the way they are but of course it’s too late. 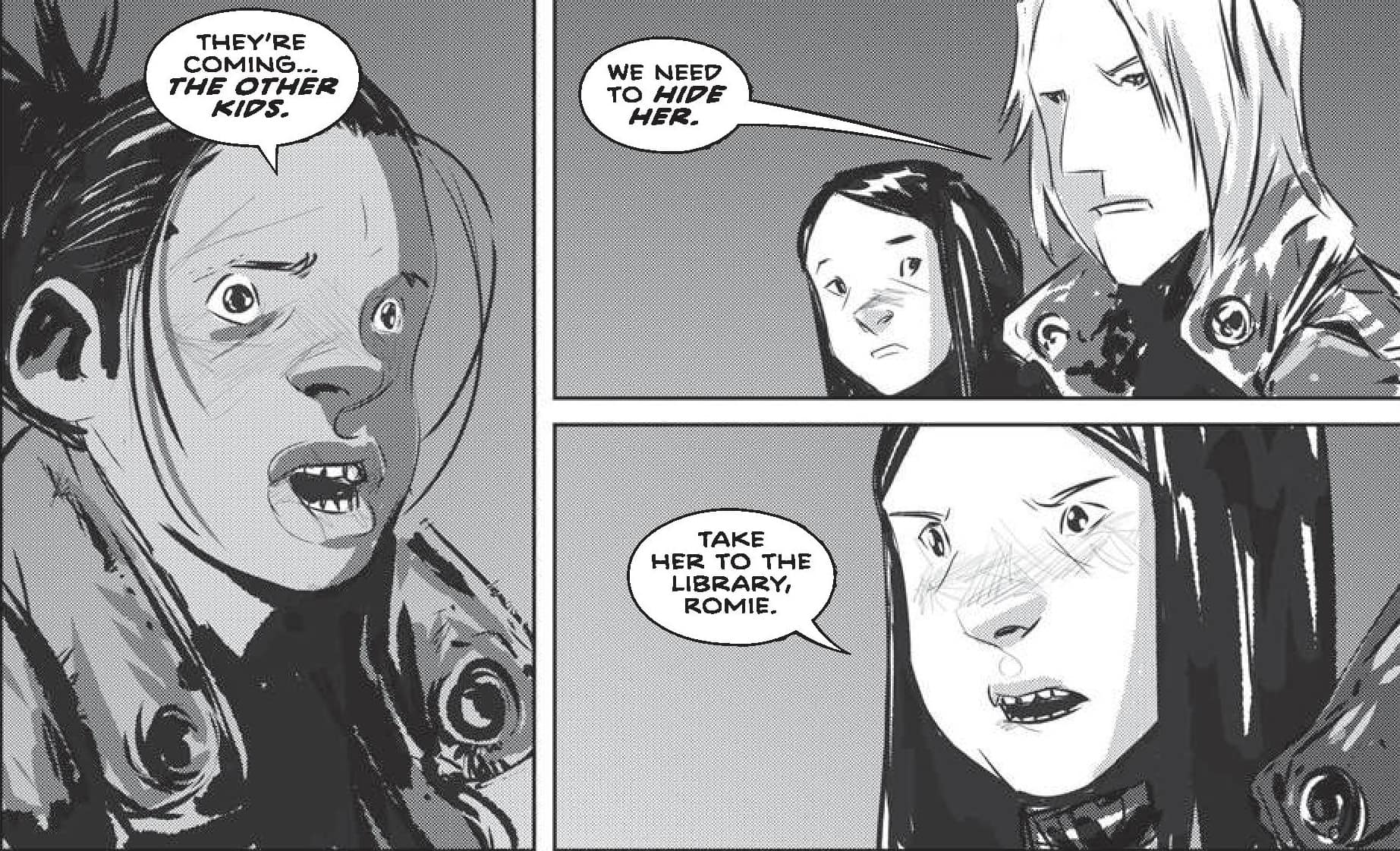 It’s another superbly written character driven issue. The aggressive nature of Billy and his group, the empathetic nature of Romie’s group, the hurt that Ray is feeling, Laura’s narration all feel incredibly organic and real and tinged with a poignant one feels on every panel. Nguyen is flawless with his choice of how he expresses contrast on the page and his facial expressions drive home the full emotional weight of Lemire’s script from start to finish while letterer Steve Wands never missing a beat bringing Lemire’s words to life. If I have any criticism of this issue it’s where Lemire and Nguyen leave us at the end. On one hand it’s a cliffhanger ending but on the other how long are we going to have to wait to find out what happens next? Like the little monsters themselves that have tasted human blood, I NEED more.

Issue 6 brings the opening arc of the series to a close with a cliff hanger ending that raises several interesting questions and has you clambering for more. A brilliantly expressive and organic character driven script by Lemire and Nguyen's incredible use of contrast and the absolute minimum of color work to striking visual effect. It's beautifully written and visually evocative comics plain and simple.

LITTLE MONSTERS #6: The End of Forever