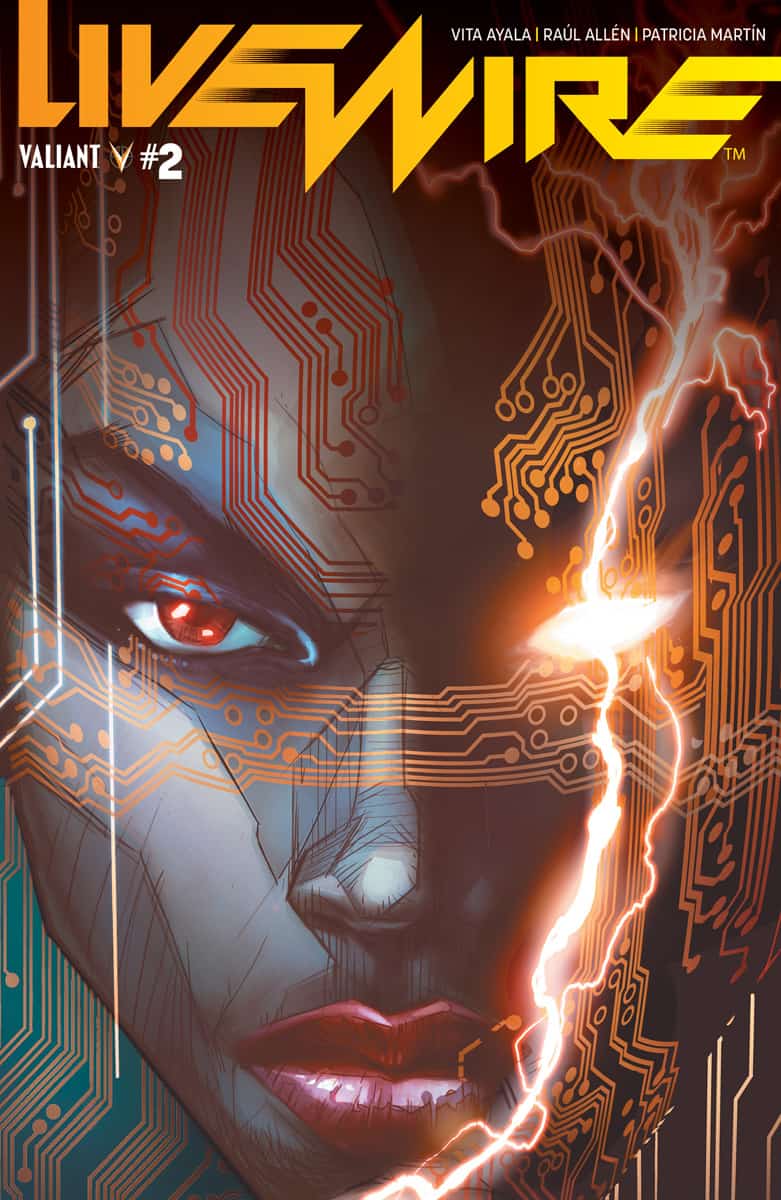 Okay so picking up with a promising first issue, our hero Amanda McKee aka Livewire has been kidnapped by some classic black bag mercs. As she’s currently the most wanted person in the world the black ops-esque crew that grabs her seems to be looking for a big fat payday….or are they?

In the opening pages we’re introduced to a new villain Pan De Santos! Not much is revealed barring he’s dangerous, powered and not afraid to spill blood, especially Psiot blood. We do get a small hint that he’s got some history with Amanda from the disdain at the mention of her name as well as the Harbinger Foundation pendant he wears around his neck. All we need to know is Livewire is next on his hit list as if she wasn’t already up to her neck in crazy. Livewire herself is trapped in a high tech cell, which normally wouldn’t be an issue…but her powers are gone. Thanks to a handful of money hungry Dr.Frankensteins, Livewire now has a device implanted in her neck that shut off her powers and has a five second window to shutting off her brain function altogether if it’s messed with. Long story short, she’s pretty screwed on the Psiot powers front. Livewire shows us that she’s more than just flashy powers and all about equality, handing out equal rights and equal lefts to one of the soldiers who captured her. 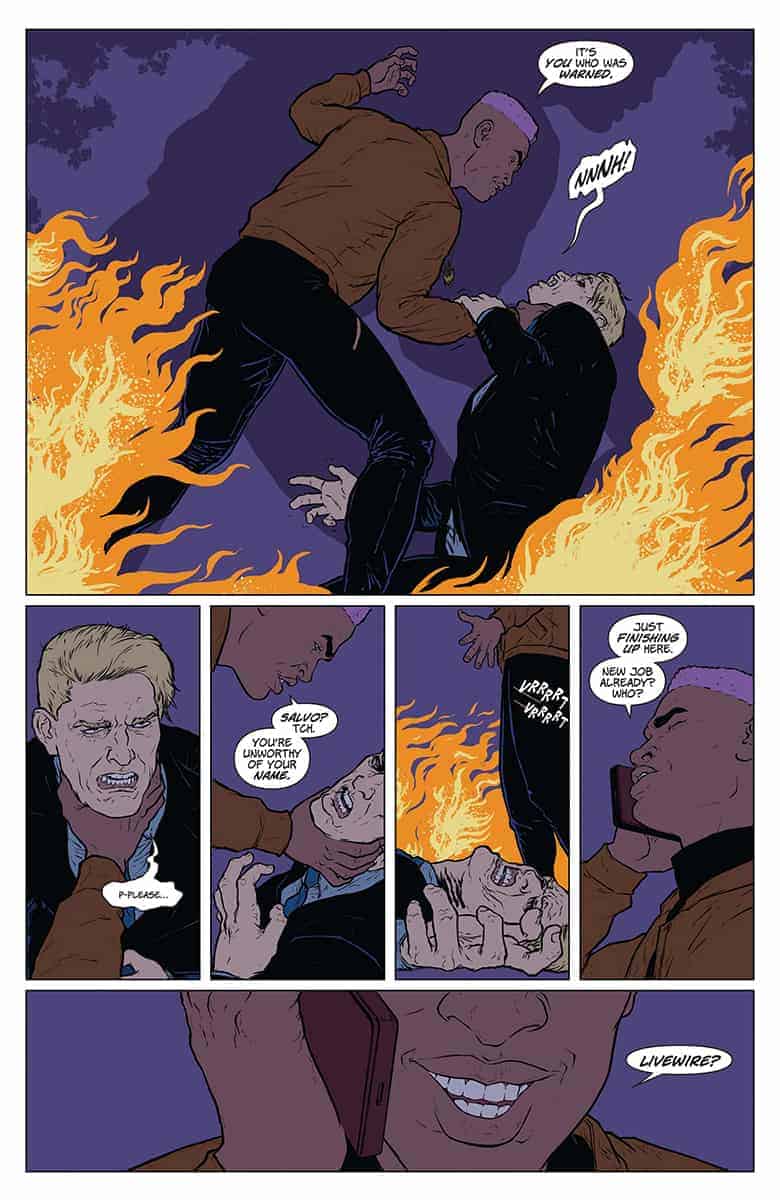 This issue has amazing pacing and is over way before you’re ready like an episode of your fav show leaving you hyped up and anxious to hop on the next installment. The removal of her powers, while obviously temporary provides an excellent plot device to showcase just why it is Amanda is so capable and the fact it’s not just her ability to mentally tinker with machines. The issue takes a sharp turn from the tone of #1 but at the same time it isn't jarring. We got the feeling Livewire was up for from hard times but there was still an almost comedic, if darkly so tone to the first one. This issue however, we get deep in the bad and we get into it fast. If the first issue wasn't enough to sell the series this one definitely hits home the nature of how serious the repercussions of Livewire's actions were in Harbinger Wars 2. It also really sets the pace for a hard hitting Jason Bourne-esque style adventure, it almost feels like something Ed Brubaker would have written when he was writing Bucky Barnes as Cap, if that's not a compliment I don't know what is.