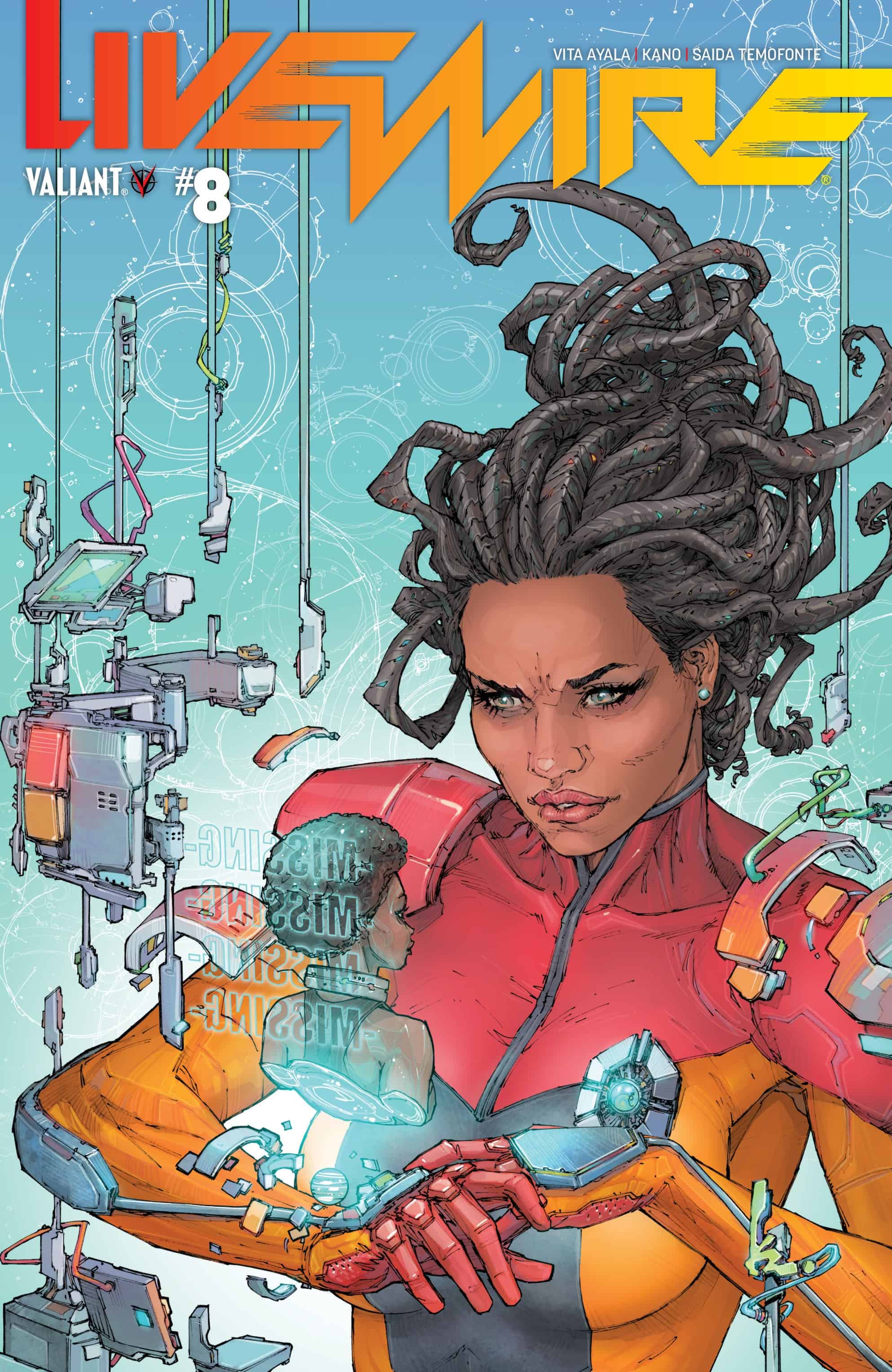 It finally hits the fan as Livewire makes her move to take out the seedy organization PSEP in all it's child soldiering grotesqueries. Secrets are revealed, some serious mistakes are made and someone is getting fitted for a pine box.

I’m gonna be a little more obtuse than usual here just because I don’t wanna drop any spoilers after all the build up. This issue though will definitely be one that sparks up heated nerd debate. Not just over politics, human vs superhuman, morality etc the usual fair but if Vita still has the same spark we saw coming fresh off the underwhelming Harbinger Wars 2. 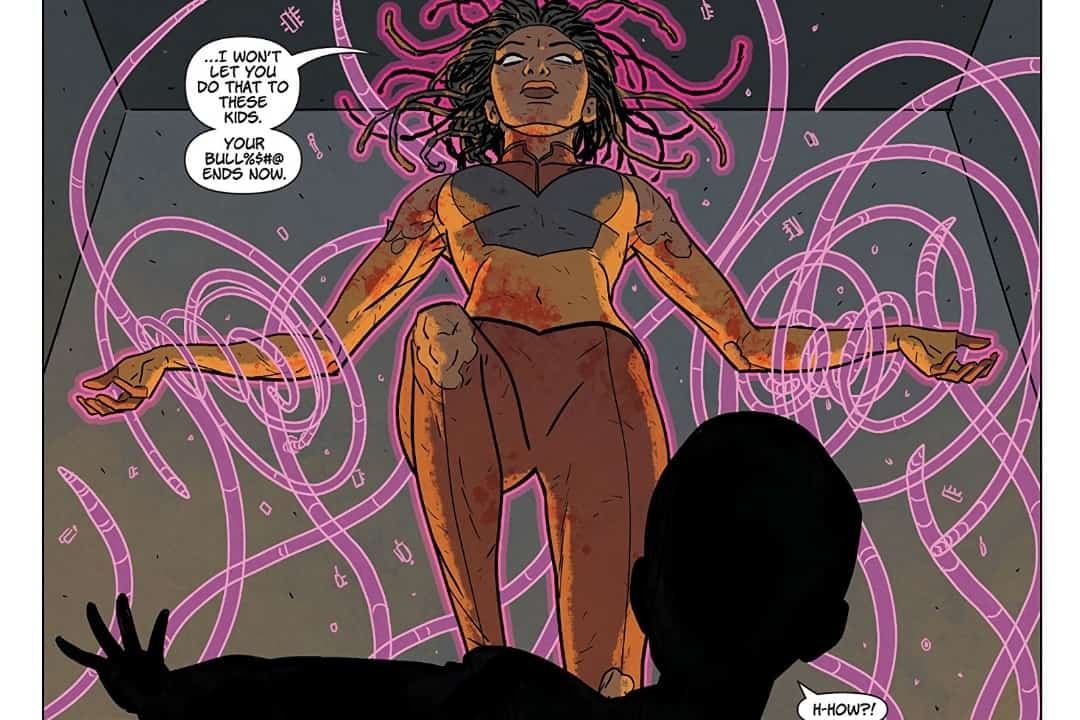 This is the 8th issue into Amanda’s first solo outing and as I’ve said before that brings with it some pretty heavy weight considering how well liked the character is among Valiant fans. If this series had tanked right outta the gate I think we’d def had some nerds with torches and pitchforks ready to rustle some jimmies across the message boards and wilds of the internet.

Instead though as we see in this issue we got something more than standard superhero fare. Lemme break this down so you see where I’m coming from, Amanda McKee is insanely powerful like “I literally turned off North America just because I could” powerful, so there’s no reason why Vita Ayala doesn’t have her fighting giant robots or kaiju or any number of grandiose threats. In fact fighting other Psiots on the “street level” hand to hand is also arguably nonsensical when Livewire can just speed blitz whoever with techno crazy. But the approach works so well because Amanda is not just her power; she’s human, she’s flawed, but she’s determined, empathetic and smart. She’s almost the “anti-Wonder Woman” as she’s written with Ayala embracing the fact a woman so powerful is still not perfect but doesn’t let that stop her from trying to do the right thing even in the face of mistakes.

The humanization of Amanda McKee and the world of Livewire is something that is missing all too often from superhero comics. I’m not talking about heroes shooting the breeze together cuz hey they’re buds just like you and your friends! But rather actually putting some serious weight on the actions of these superpowered beings. This issue was a glorious example of that and to be honest I really don’t expect this ending to be super popular with anyone who doesn’t appreciate that about Ayala’s writing.

Even in victory, Livewire is forced to taste the sour sting of what it means to truly wage war on powerful people and that bittersweet element to this chapter’s conclusion is what makes this book amazing. Well that and the gorgeously done art of course, even when things are gritty and grotesque and sobering with finality the art is still beautiful. All in all, this is issue hits home some of the better elements of what makes comics, comics. The ability to tell stories in a visual medium that are multifaceted while not being sloppy with too many narratives or so full of itself when it farts the writer parts their own hair. Vita Ayala and Kano have dropped a milestone here because whether people love this issue or hate how it ends they’ll no doubt have plenty to debate about which is a win in my book.

Vita Ayala and Kano just knocked another one outta the park that's definitely gonna get some debate stirred up and the nerd world is the better for it. So just when I thought I couldn't love this book anymore than I already do, here we are. One more reason to Stan out on Livewire.