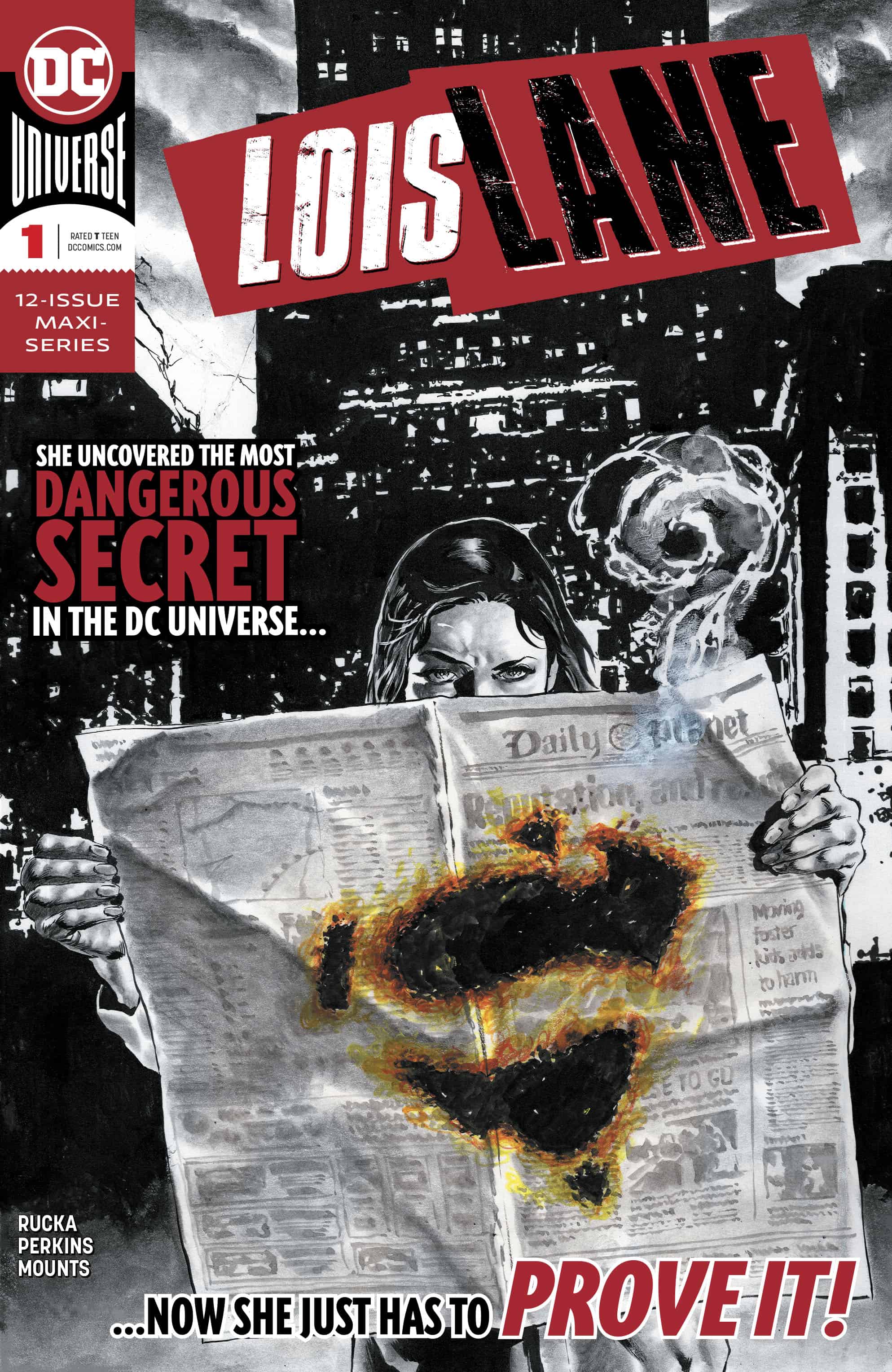 Lois Lane is a lot of things: 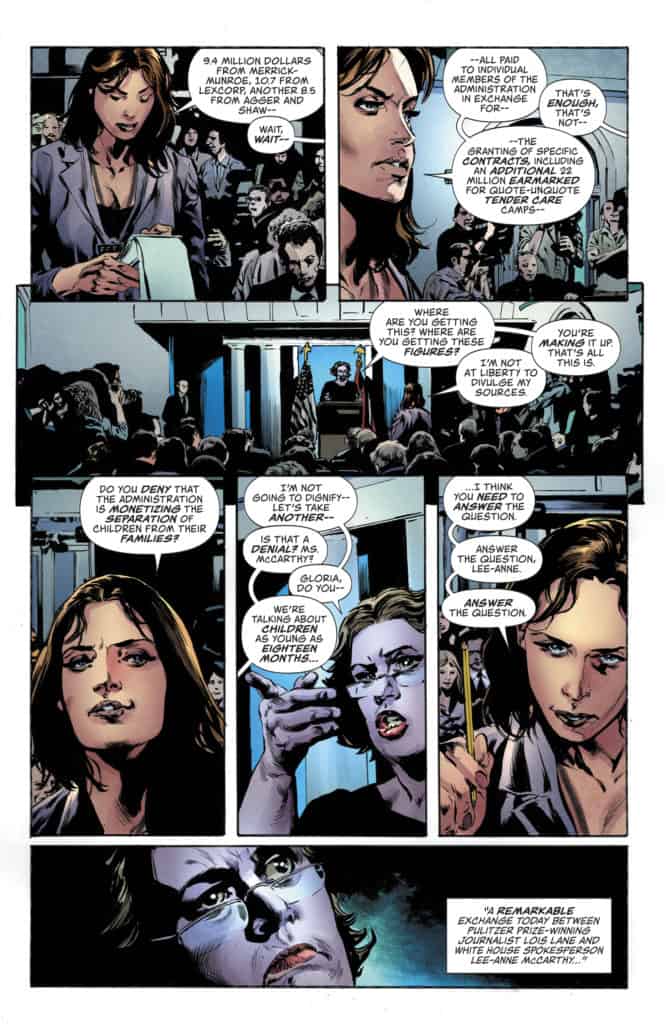 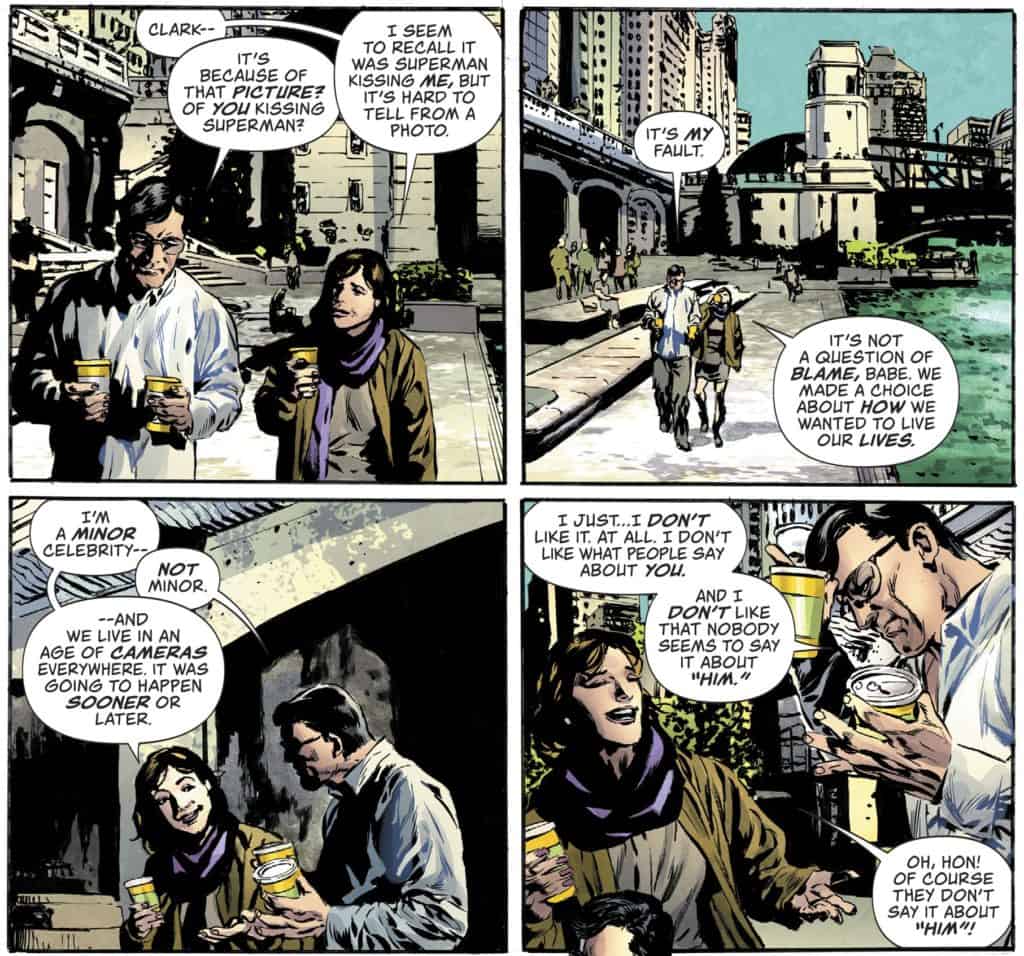 ...And wife to none other than Superman! 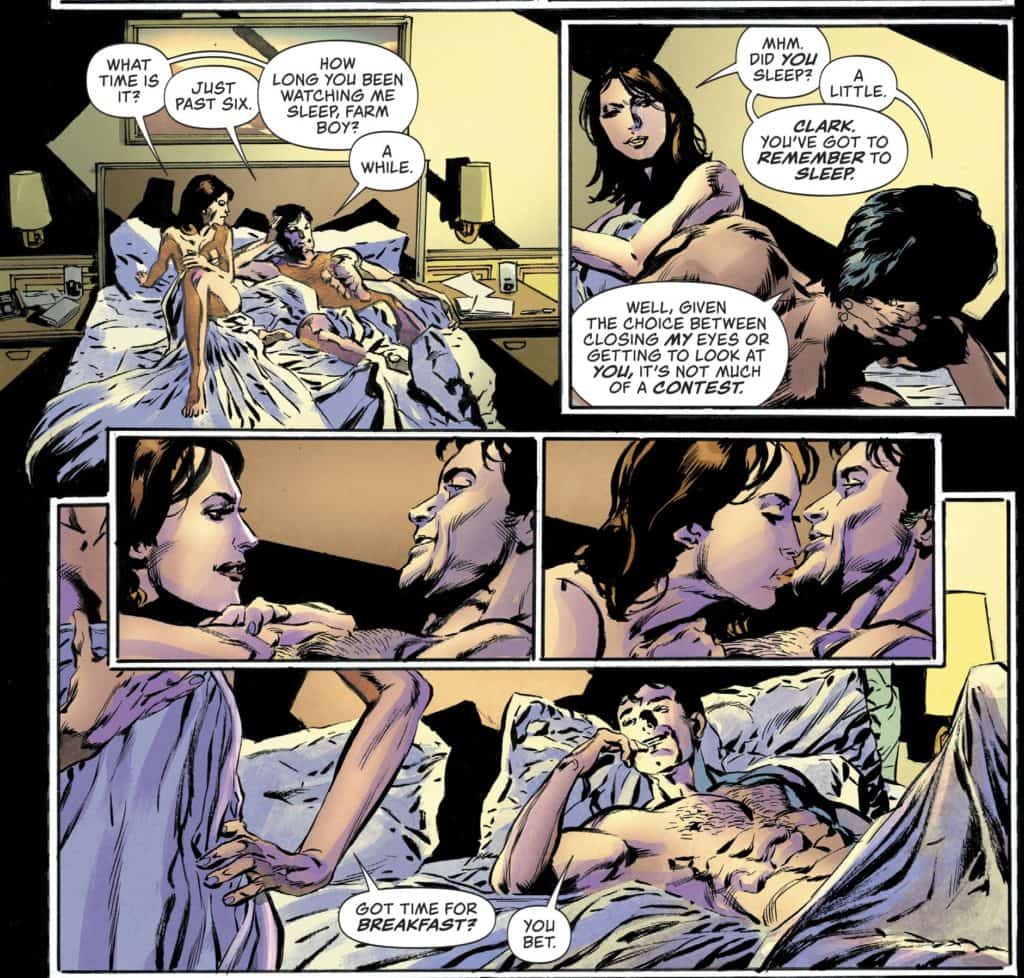 But when a fellow journalist is murdered in Russia by the state, she knows there's a story that must be told... even if it's too risky for her to retrieve herself. Good thing then Lois Lane is nothing if not resourceful, and has friends in both high places and dark corners! 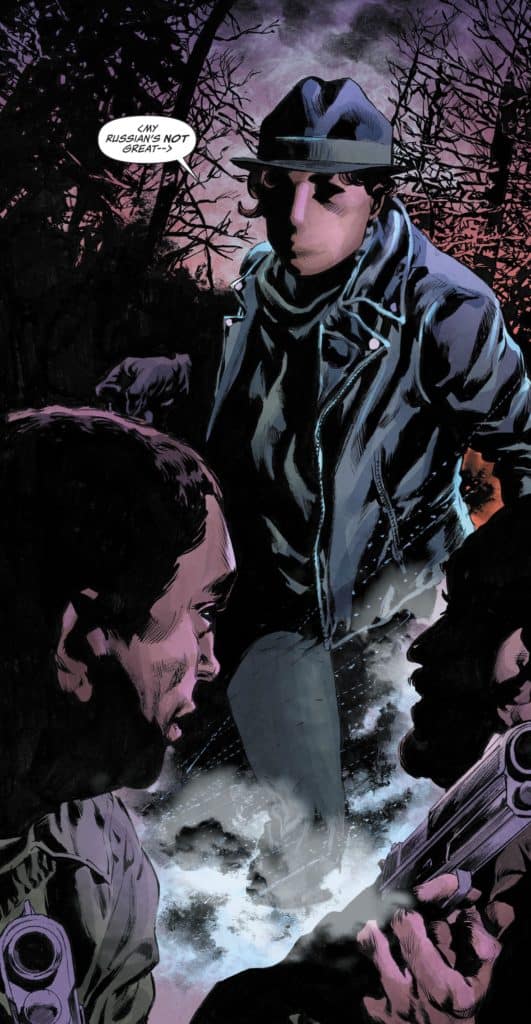 On one level, Lois Lane #1 is about its title character: relentless crusader for the truth, lover of Superman, ass-kicker, journalist extraordinaire. But on another level – perhaps equally so – it’s also about author Greg Rucka, and his yearning for a soapbox to stand on during our current presidency. Anyone following Rucka on Twitter – or really, having read much of anything he’s written over the last few years – knows without a doubt that the man really, really, really doesn’t like our current Commander-in-Chief.

He also has strong feelings about the rise of the alt-right, right-wing politics in general, racism, transphobia, Islamophobia, homophobia, sexism, and pretty much any other liberal issue you can imagine. But perhaps none more so than the current administration’s demonstrable contempt for a free press.

This is where Lois Lane comes in.

Who better to stand stridently in defiance of an administration that has so much fear of the truth, it must label anything negative against it as fake? What better symbol – within comics, anyway – to stand up for the truth in the face of an ever-encroaching lurch toward strongman authoritarianism? Who better to speak to truth, justice, and the American way?

From the comic’s opening scene with its eponymous lead standing behind her byline on a story exposing an unspecified-yet-unmistakably Trumpian political scandal, to the final one where she shames the White House Press Secretary with the revelation of a massive profiteering scandal based on privatized “camps” for illegal immigrants (and for good measure gets her press credentials revoked), Lois Lane #1 is all about the power of journalism, to the point of hero worship. It’s bold, it’s brash, and it’s not afraid to speak truth to its power.

The problem is that, amidst this chest-thumping pro-journalism screed, Rucka skimped on the plot. That may be somewhat by design: by focusing more on the book’s mission statement in its first outing, his intention may have been to set the stage and provide a manifesto before diving in too perilously to the plot. “This is Lois Lane and this is what she does,” seems to be the primary raison d’etre here.

There’s a bit of surface-level set-up going on, with the murdered journalist and whatever secret she may have stumbled onto, but it isn’t much. The bigger bombshell may actually be the return of Renee Montoya as the Question, who hasn’t been seen since before the New 52 – a character perhaps not created by Rucka but definitely defined by him in the immortal Gotham Central and 52. She’s a prototypical Rucka badass, all cracked knuckles, anti-authority attitude, and just a teensy dollop of damage – and her return is more than welcome (although it does immediately create the issue as to whether or not there are two Questions running around, since Vic Sage is busy over in Event Leviathan at this very moment). The DC Universe is a richer tapestry with her in it, and pairing her with Lois Lane is pitch-perfect casting.

On the art side of things, Mike Perkins does a pretty decent job, but a lot of the time he comes off as though he wants to be Steve Epting a little too much. His inks are dark and almost garish in their overuse in places, and I feel like they’re being used to cover for some rushed pencils in some panels. All in all not bad, but I think he’d be a much stronger artist if he displayed the confidence to forge his own style.

In all, Lois Lane #1 isn't a bad comic. But it does make the mistake of putting its politics before its plot, and winds up feeling a tad threadbare as a result. Greg Rucka is a master mystery-weaver and storyteller, though, and either way the end result will almost certainly be worth checking out, regardless of which side of the political aisle you're on.