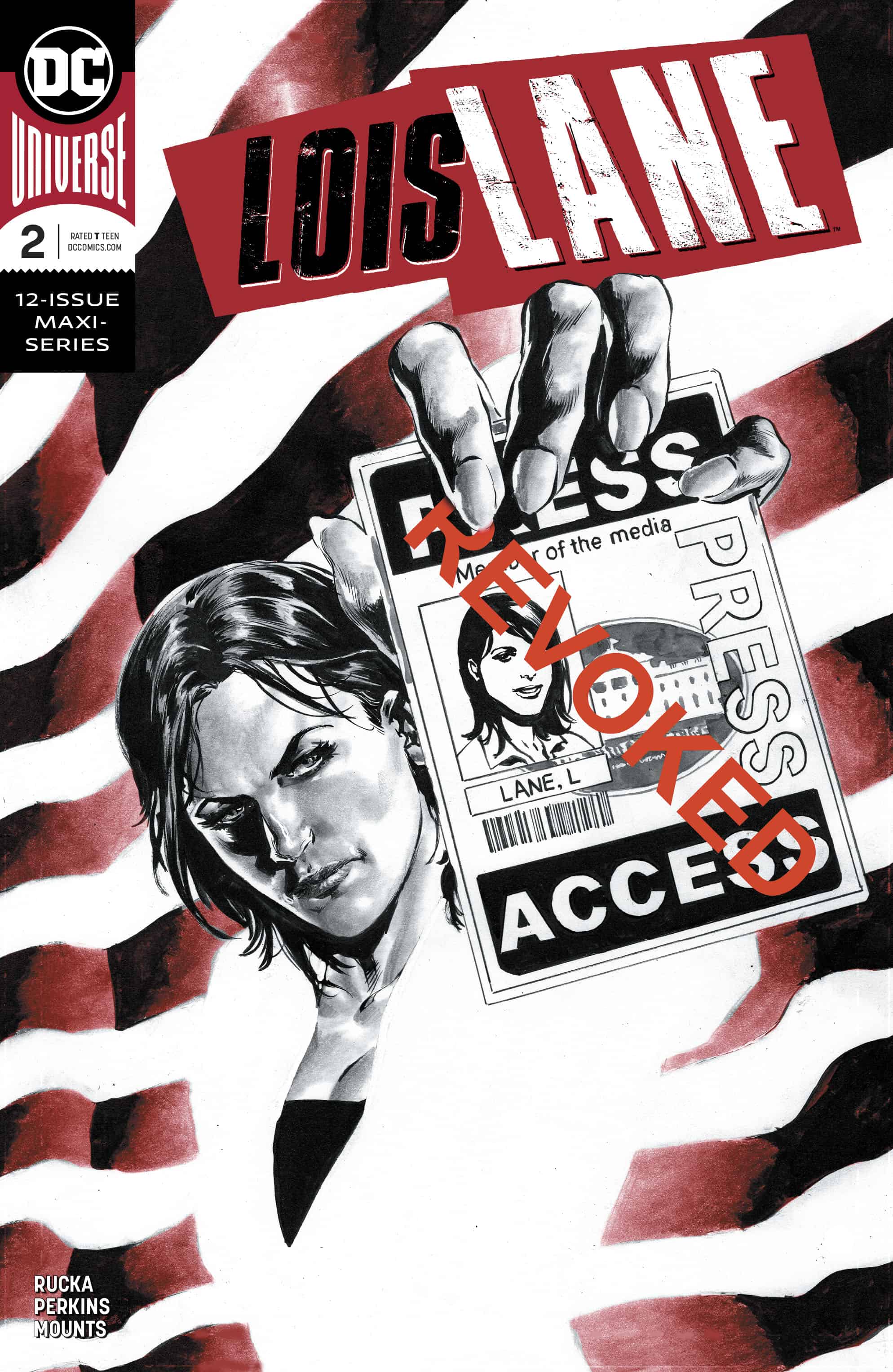 The mystery of journalist Mariska Voronova's murder deepens as Lois begins to close in on several promising leads, including one whose exposure turns deadly...

The pressure is on from all fronts: not only is someone targeting Lois as she closes in on the truth about the murder, but the Daily Planet is getting indirect pressure from the White House itself after their recent public embarrassment at Lois's hands. The truth has never been a deadlier weapon. Good thing Lois has friends in low places... 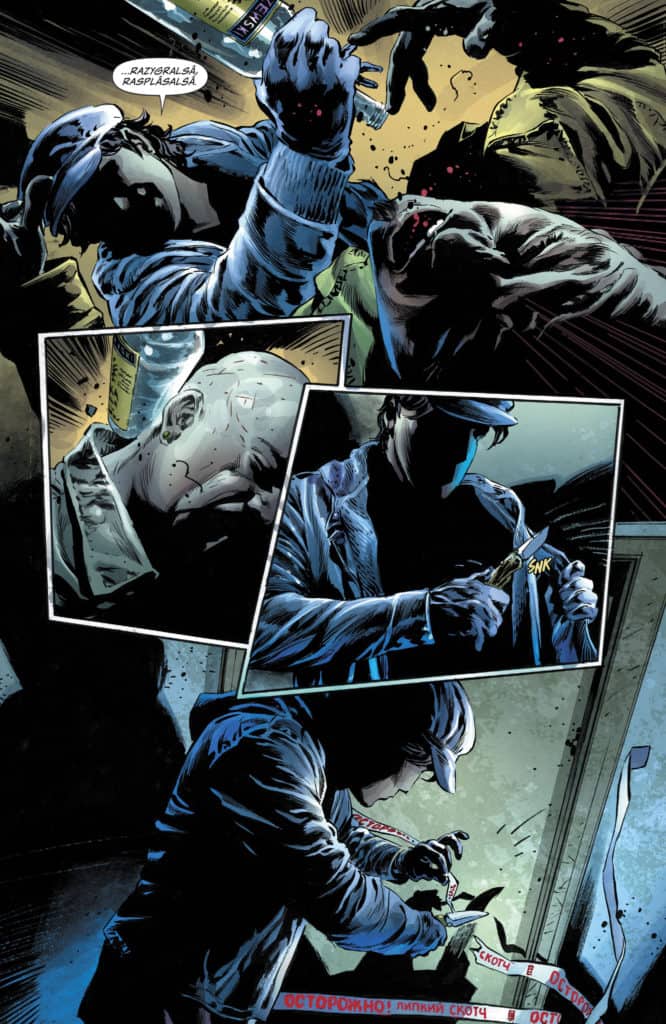 Renee Montoya, AKA the Question, has her back!

The slow burn that is Greg Rucka’s masterful Lois Lane continues to smolder in its second issue. The author knows how to craft a mystery from seemingly not much at all to work with, and ultimately raise the stakes in such a gradual way that readers barely notice until they’re hip-deep in nerve-wracked suspense. It’s a skill that comes from two decades not just of writing comics, but also some of the best suspense novels money can buy (and also one with a guy named “Jad,” but I won’t hold that against him).

Rucka specializes in driven, thoughtful protagonists, especially of the fairer sex. From Tara Chase to Batwoman and Renee Montoya to Lazarus‘s Forever Carlysle, Rucka is one of comicdom’s smartest – and most vocal – feminists. It’s a small wonder he and Lois Lane didn’t cross paths years ago, but then again, her usual beat in Metropolis is a far cry from the mean streets of Gotham, where Rucka has typically hung his hat.

Lois Lane is, in a nutshell, tailor-made for Greg Rucka. And in his hands, Lois has found herself smack dab in the middle of a web of international intrigue, full of tough guys, dirty politics, back alley double-dealings, and the power of the fourth estate. It’s not pretty – in fact, it’s pretty ugly, but it’s where the truth lies. Rucka knows this and revels in it, bringing along an imperfect artistic partner-in-crime – Mike Perkins – for the ride.

Perkins is from the Butch Guice/Steve Epting school of art (which is ultimately descended from Neal Adams), with a dash of Klaus Janson thrown in for good measure. Trouble is, he’s not quite as good as any of those artistic luminaries. He has the basic style, and can stage a scene well – witness the Question’s discovery of Voronova’s chaotic murder scene – but the details elude him. Too often, faces look rushed, as though he were waiting for colorist Paul Mount to finish the drawing for him. I’d also prefer a lighter touch on the inks, as the pencils are practically drowned in them in any given panel.

That said, the art is hardly a dealbreaker, and this is still one hell of a strong comic. It’s smart, and doesn’t talk down to readers. Lois Lane has to be actively read, and paid attention to, as Rucka isn’t fond of spoon-feeding his readers information. No exposition dumps for this writer. No easy answers. Which is exactly how Lois would want it.

Lois Lane proves to be thinking man's comic, an all-too-rare gem in today's pop culture landscape. Taut, tense, and steeped in mystery and atmosphere, this is one comic you shouldn't let pass by.