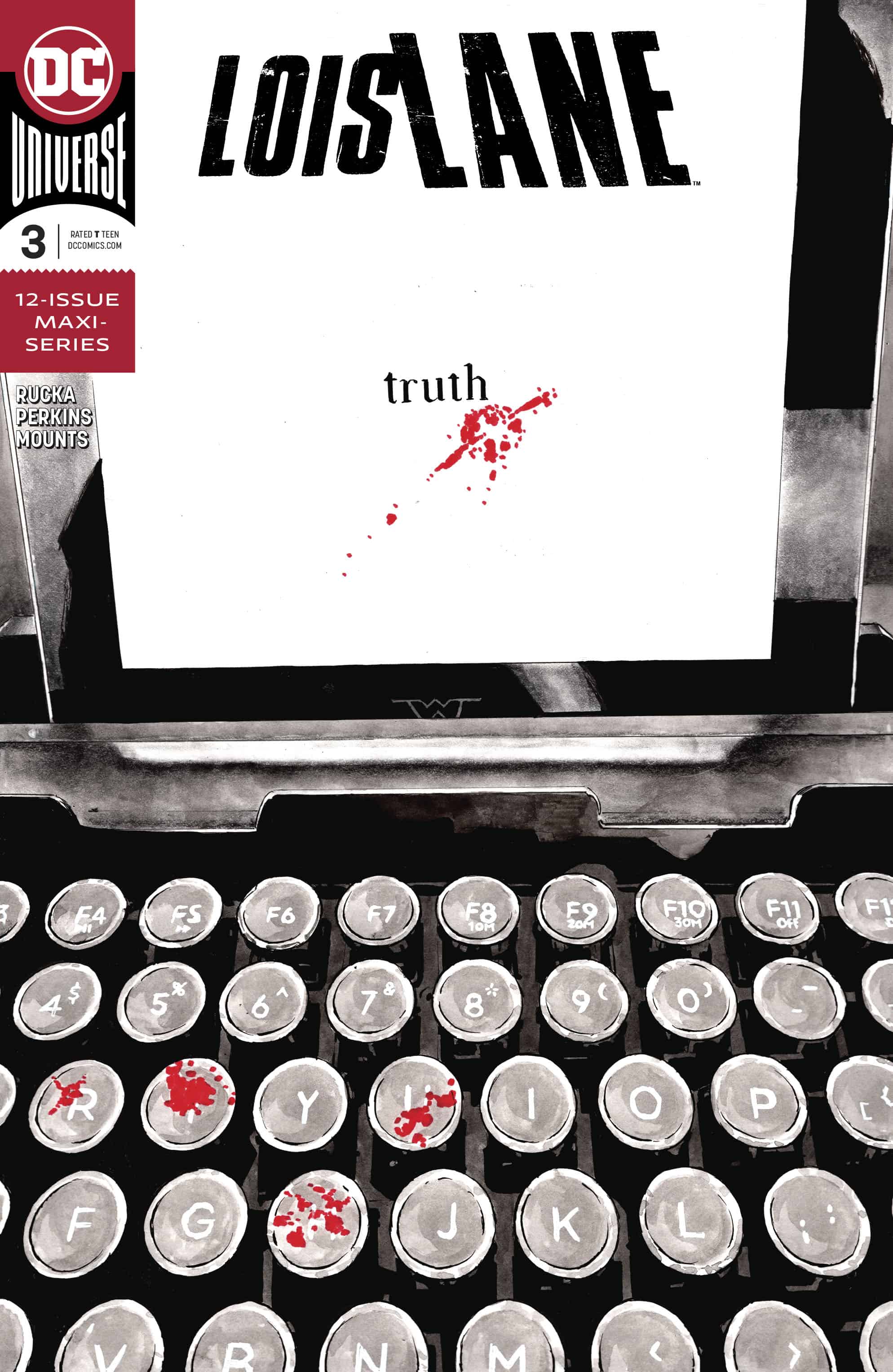 In the wake of Lois's brush with assassination last issue, a certain man of steel makes his presence known around the crime scene... 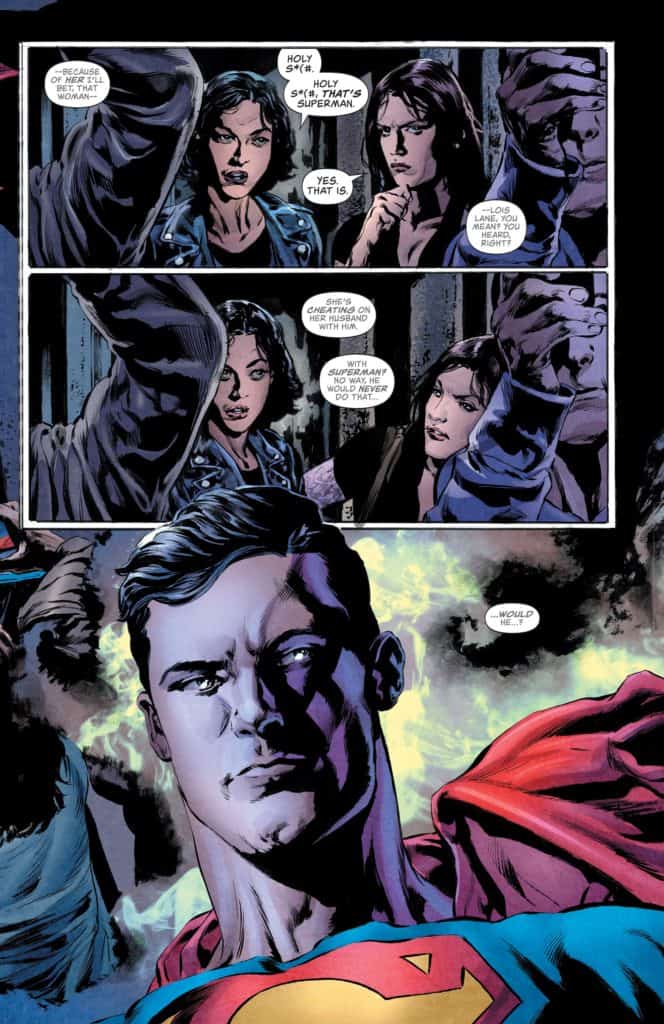 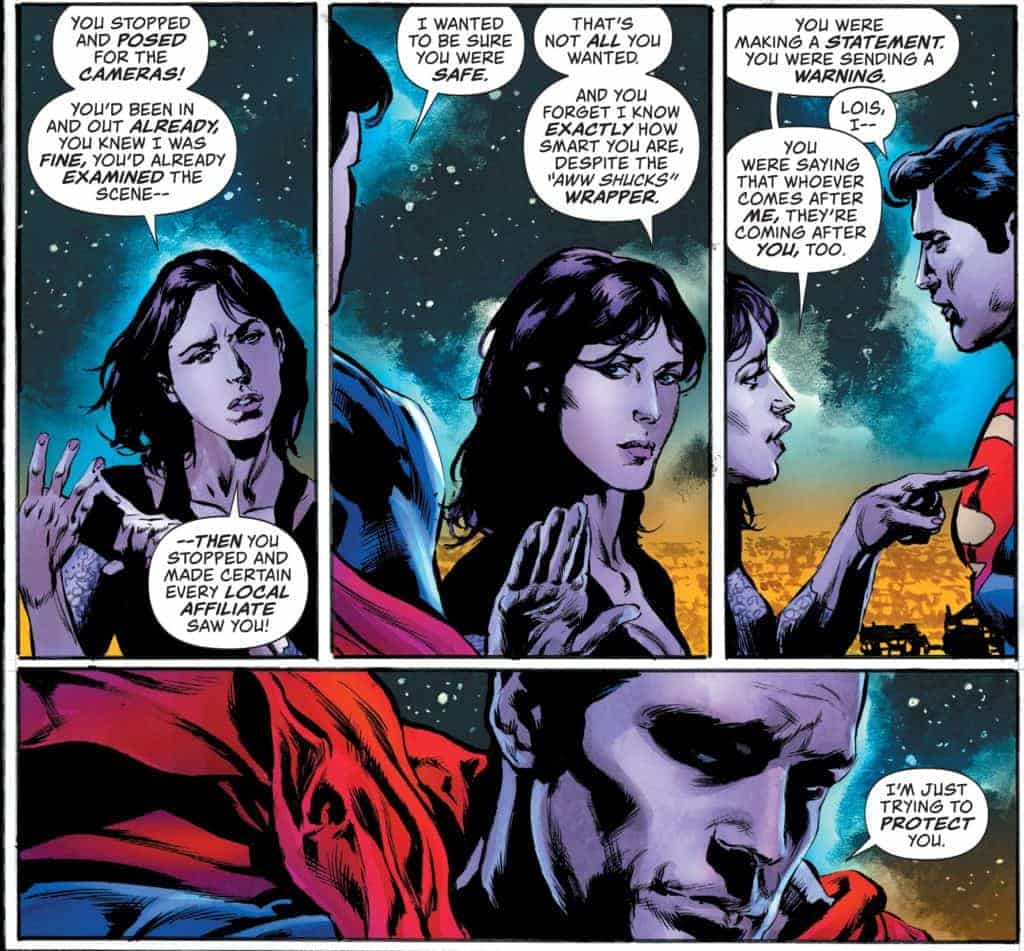 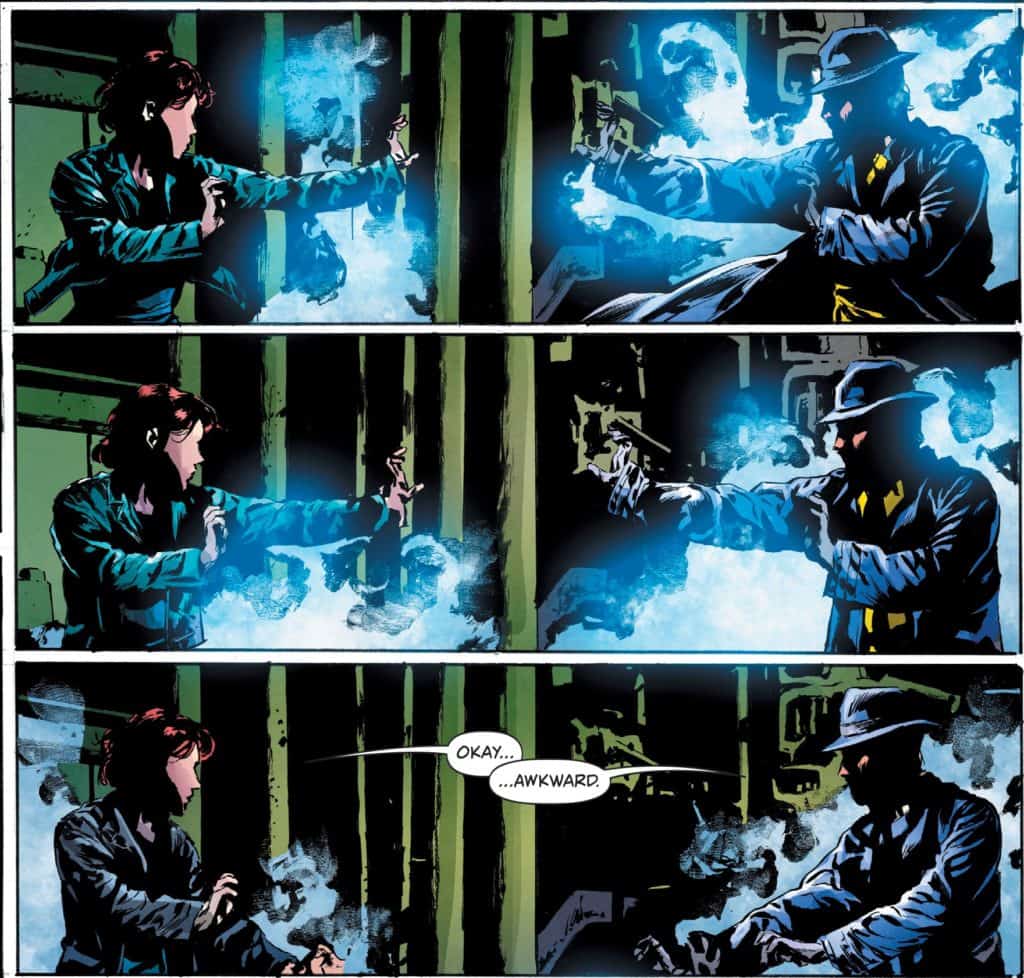 Lois Lane #3 doesn’t do much to move this series’ plot forward. Okay, it does almost nothing in that regard. So from a plot perspective, it’s a pretty lightweight affair, and a relatively quick read – and that’s pretty disappointing.

What it does do is turn the “Superman always saves Lois Lane” trope on its head, and shows the implications of what those actions might have for an investigative journalist in the thick of a major case.

ICYMI: at the end of last issue, Lois was nearly killed in an assassination attempt on a source of hers. Or was she the intended target? Rucka is playing this one close to the vest at this point. But when Superman shows up to investigate, he goes out of his way to make his presence known for the media. This isn’t a show of ego, of course – but rather, a not-so-subtle way of telling the attackers, “This woman is under my protection. Come at her at your own risk.” The problem, though, is that his presence threatens to upend Lois’ investigation, because it will drive the attackers so far underground she’ll never get to them. He tries to soften her (justified) anger by sweeping her through the sky, which works to a certain degree… but just long enough for her to cool her temper. Then in a genuinely sweet scene, the Man of Steel shows real weakness when it comes to protecting the woman he loves, and Lois sets her anger with him aside and loves him all the more for the gesture. That’s great characterization.

The other half of the issue focuses on Renee Montoya’s sudden encounter with another Question, who turns out to be… nahhh, that would be telling. Suffice to say, the action scene leading up to the revelation is expertly choreographed (big props to Mike Perkins for its rendering), and fans of 52 (which of course Rucka had quite a strong hand in) will be very happy.

Did much happen this issue? No, it did not. Turns out, though, that some gorgeous chemistry between Lois and Clark and one hell of an action sequence between two Questions were more than enough.