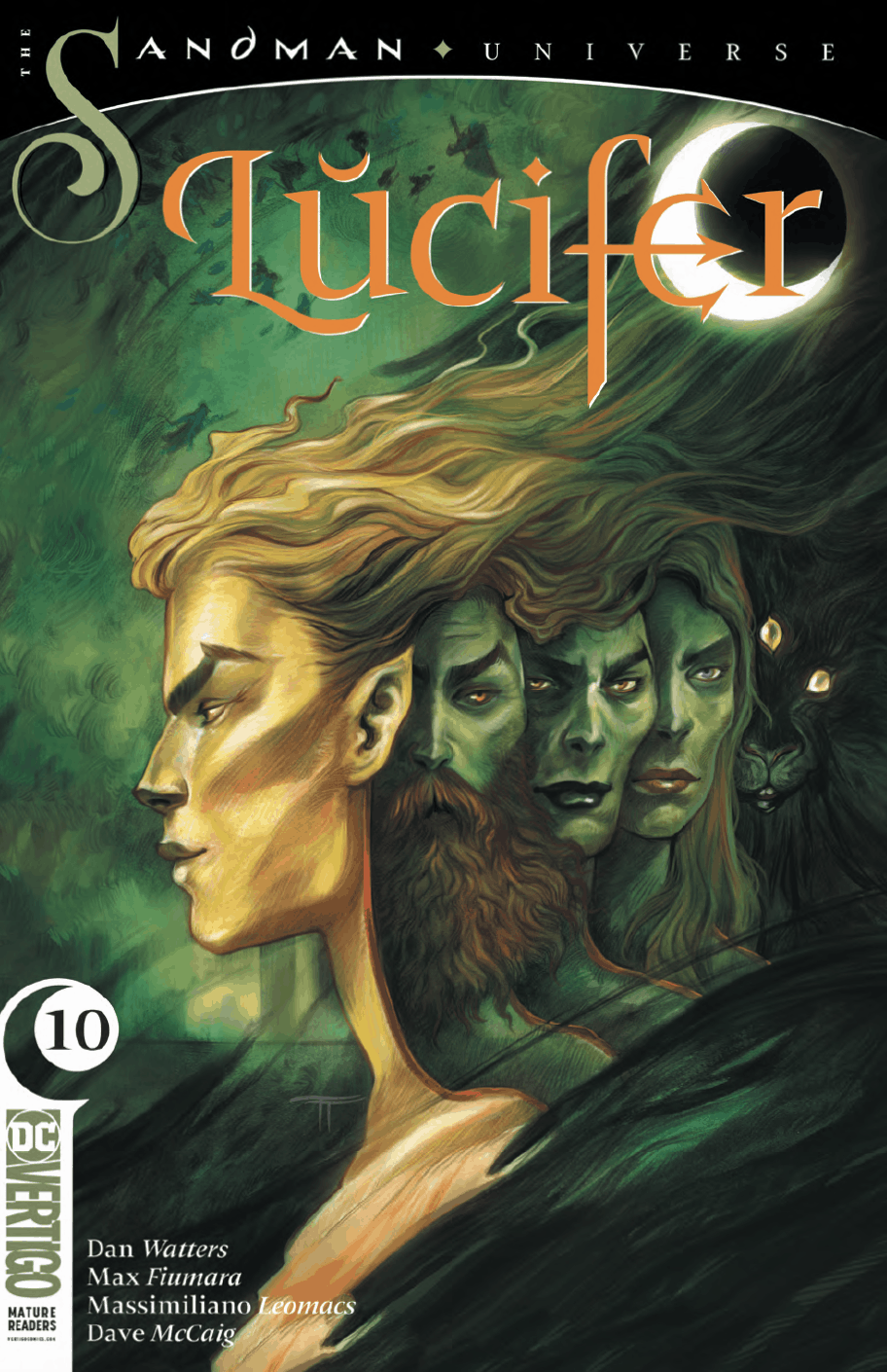 Meanwhile back in the present… Caliban had reunited with his father in the Egyptian underworld, moments before Osiris’ betrayal of Lucifer. Mazikeen lies betrayed and buried, and the multiverse holds its breath as Sycorax and company complete their preparation for the grand Witches’ Sabbath, while father and son continue their journey seeking asylum for Sycorax, after her impending doom. 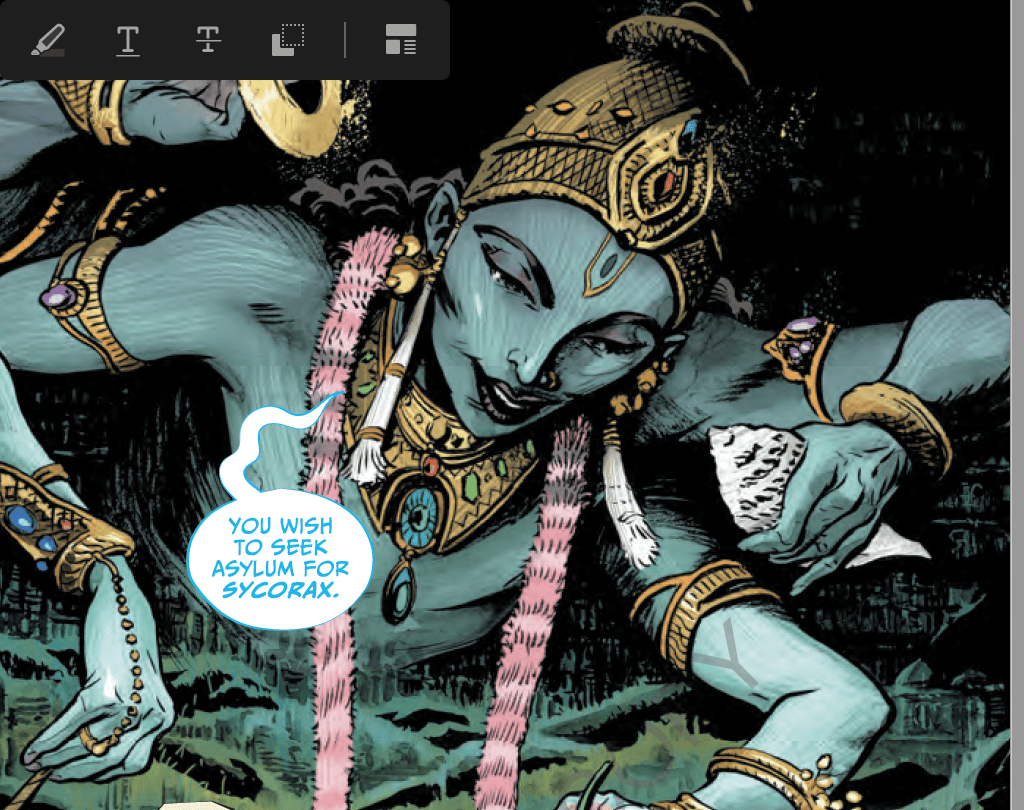 Lucifer and Caliban seek asylum in the Hindu underworld, Patala, only to find that the lord of death, Yama, is on an extended vacation in the ocean of nothingness. Lucifer fears Mohini may be trying to trick him and debates entering the void to seek the Lord of Death, but soon has his hand forced by Caliban. 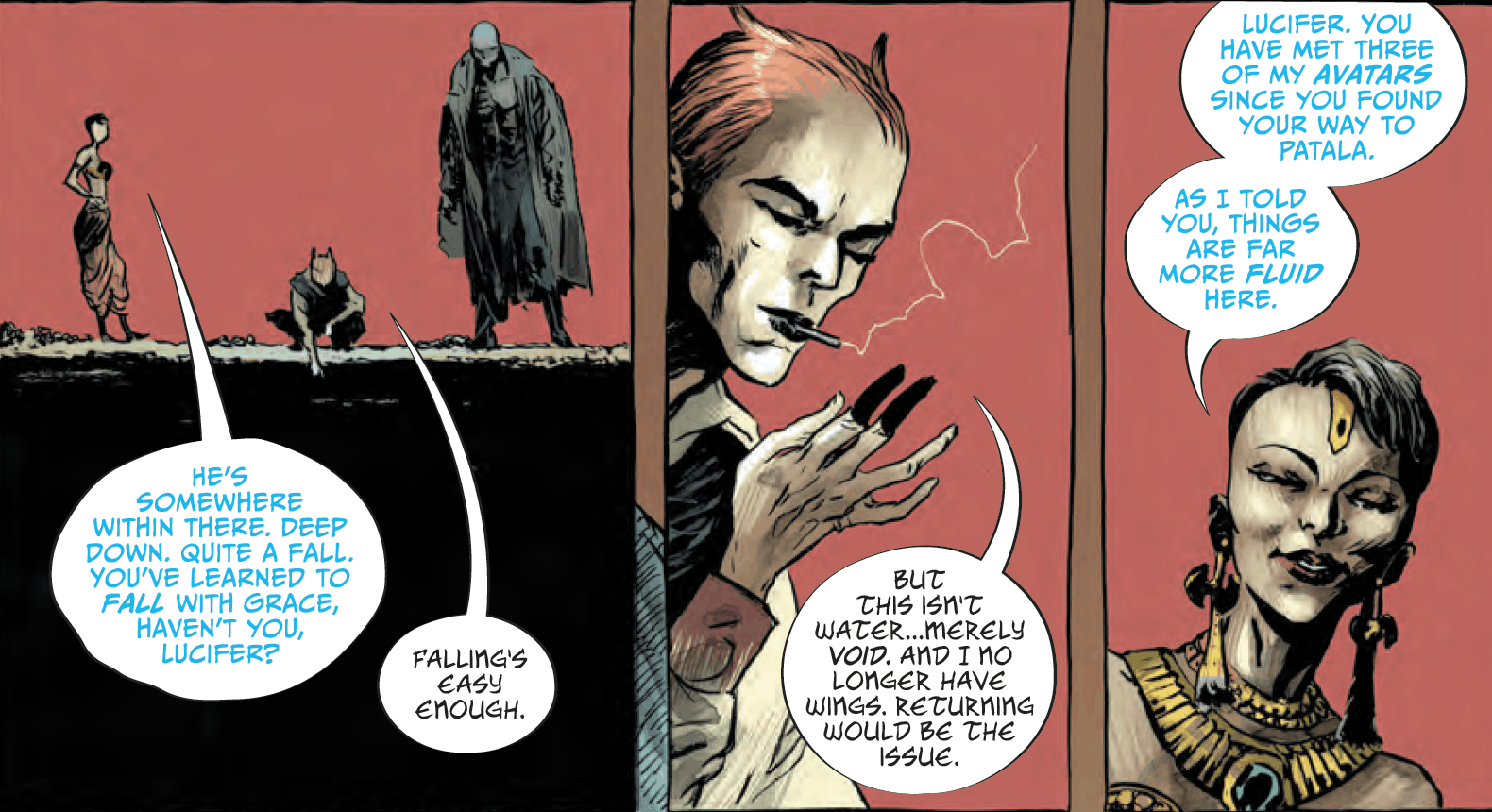 On the island beyond the end of the world the Witches’ Sabbath gets under way, only to have Raguel attempt to crash the party at the height of the revelries. Lucifer’s barriers hold as the witches give battle, but it is the Mazikeen’s old blood magic that tips the scales. 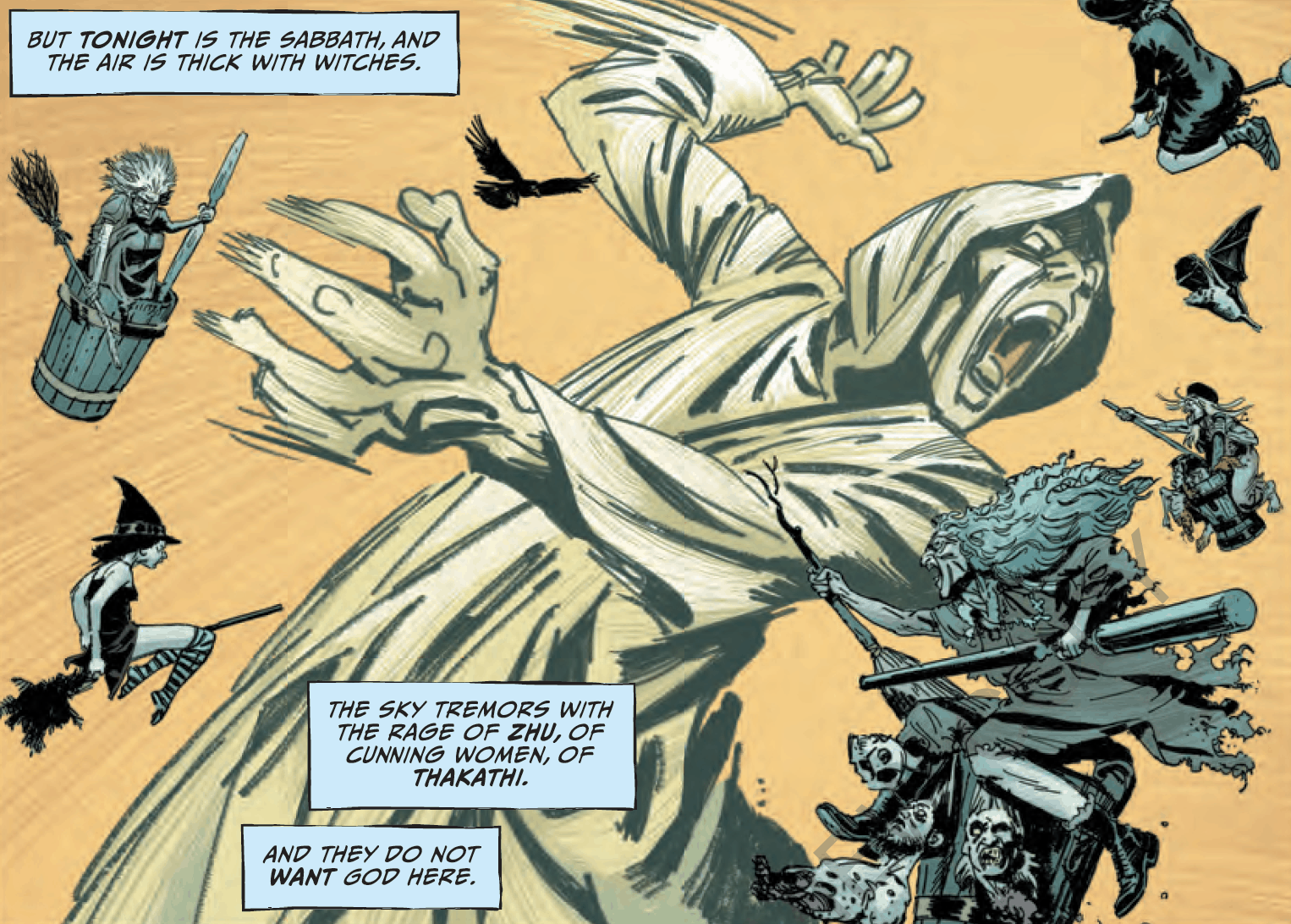 In the morning Sycorax and Thessaly try to discover who has betrayed them and lead Raguel to the Witches’ Sabbath, only to find that the pair of traitors has fled beyond their reach. In the depths of the cave, the Mazikeen revives as the story ends. 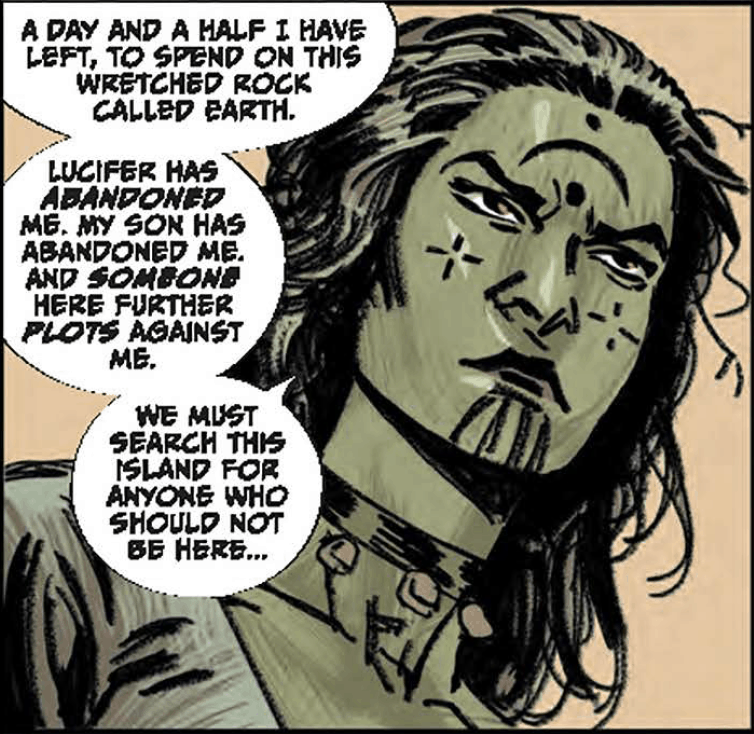 Back on the main track again, the storyline progresses through the first night of Sycorax’s resurrection and we finally get to see the great Witches’ Sabbath. The artwork of the Sabbath was great, especially in the variety of witches shown, the writing was solid, and the orgiastic fury against the intrusion of heaven was palpable. 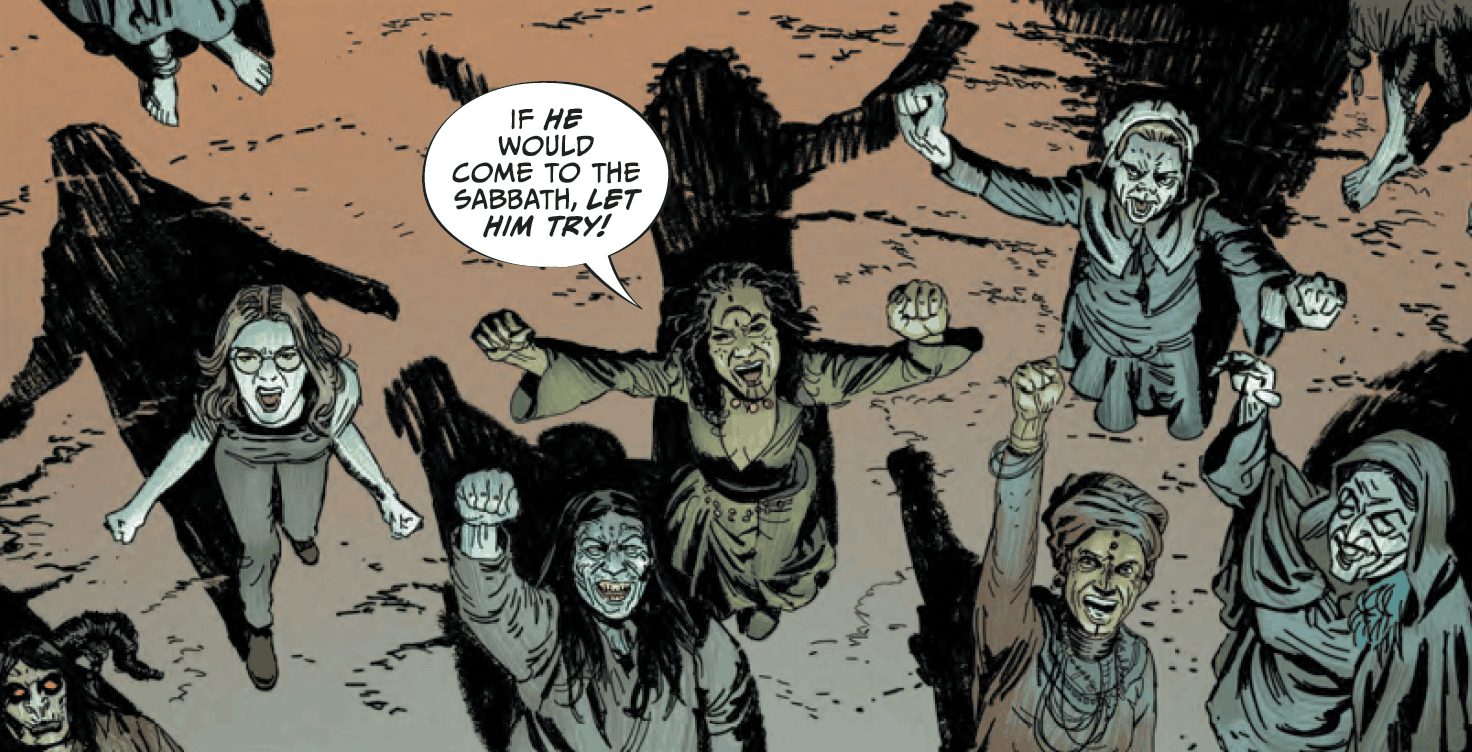 Lucifer and Caliban’s descent through Patala to the throne of Yama and ocean of nothingness was well written and interesting, especially the handling of the rather mercurial nature of the Hindu deities and realms. Along the way we get to meet several avatars of Vishnu, and even get to see an aspect of Despair, someone Caliban is all too familiar with, in the form of the goddess Jyestha. 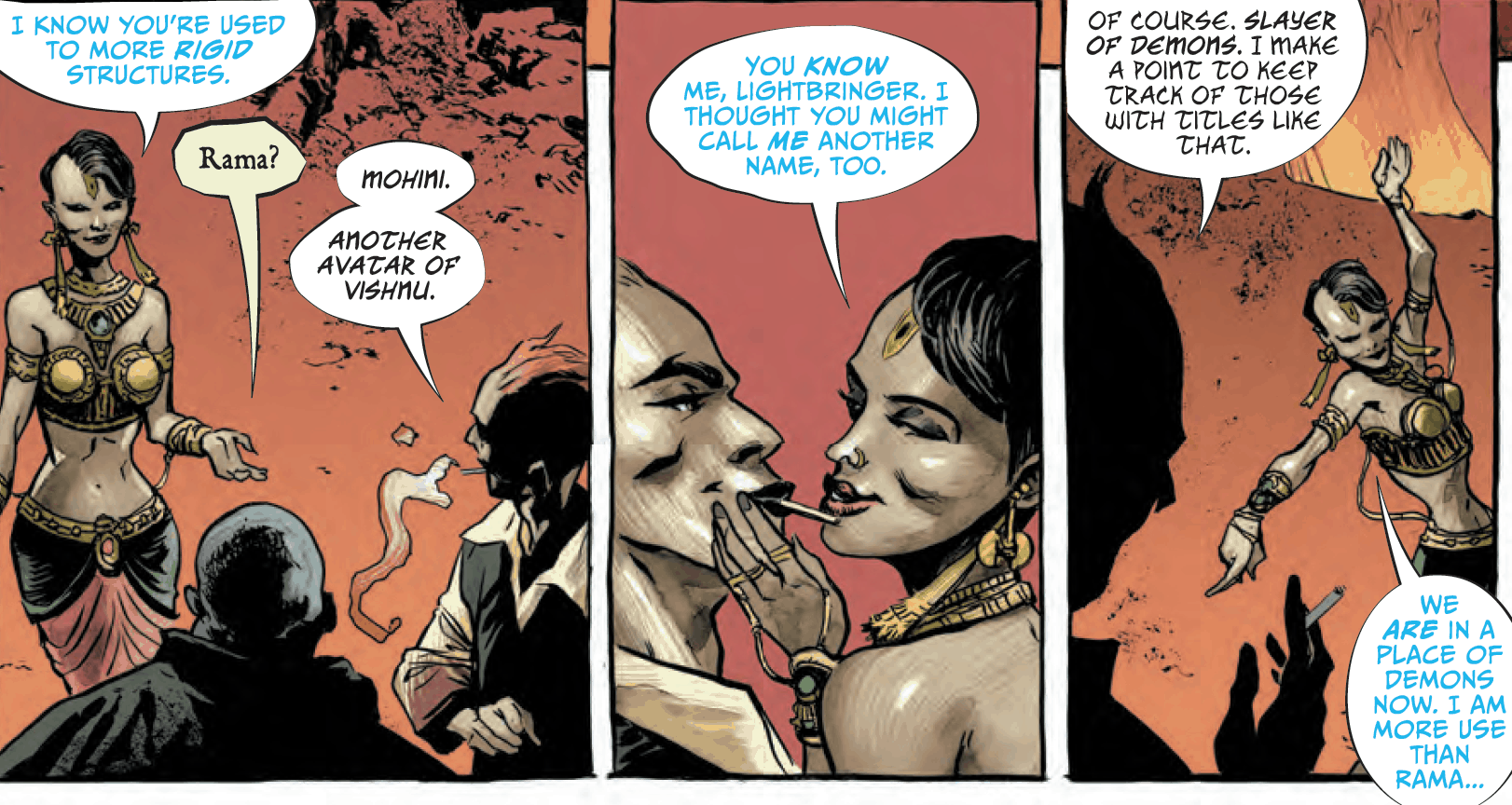 The various mythological names used among the underworlds are slightly troubling though. The writer’s need to personalize the mythologies, for example, using Dayaani instead of the more widely used Dayan, Dayaan, for a Hindu witch, is understandable. However, repeatedly calling the Egyptian underworld “Da’at,” the name for the central point joining all sefirot on the Tree of Life in Kabbalah, instead of the traditional “Duat” seems a bit of a stretch.

As usual we get a few answers, but are left with several questions keeping us wanting more. The intent of the suicide-shovel seems a bit clearer now as an agent of chaos intent upon spreading its own misery. Caliban’s role as an informant for Heaven is made a little plainer, and the blood magic spell laid by the Mazikeen has come into play driving Raguel from the island. However, deception fills every page and we are left to wonder. Will Caliban ultimately betray his father or will they have the heart to heart talk he has always wanted? Will the angels betray Caliban? Will Lucifer find the moonlight blade, Yama, and solace for Sycorax in the ocean of nothingness, or is it all an elaborate plan by Mohini to trap or destroy him? What will Sycorax and the Thessalian do now? What further schemes will be laid by the suicide-shovel? And what is going on with the Mazkineen and those spiders, who will eat whom? 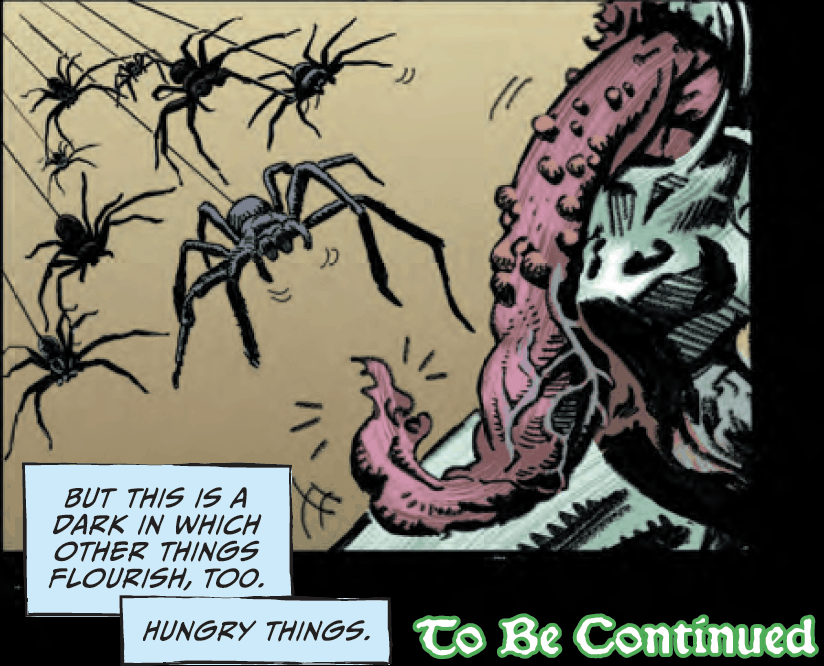