Lucifer #8: Light as a Feather 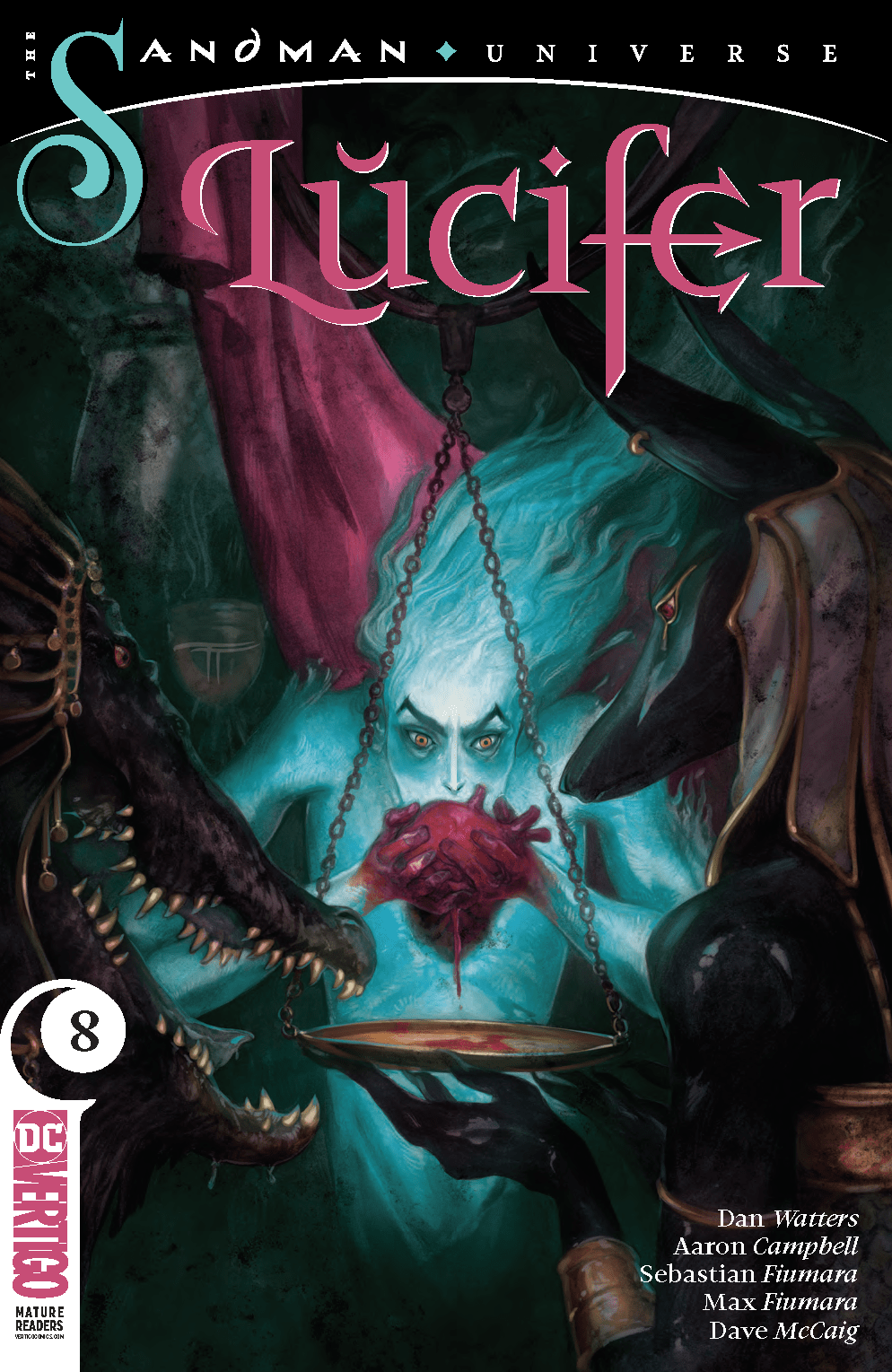 Sycorax and Lucifer have been freed from Jack’s trap and are reunited with their allies on the outside. The host of angels however have decreed that Sycorax must return to hell after 3 days. The witch departs for an island away from the eyes of heaven to spend her remaining time with her son, Caliban, while Lucifer seeks a way to avoid her fate.

Treachery threatens the trio at every turn. Lucifer makes his way to ancient Egypt where he must pass the trials of the dead in order to convene with their gods. We learn the measure of the devil’s heart as well as the purity of desperation. Caliban is tempted by the angels to join their side in order to ascend to a heaven he never dreamed possible. Meanwhile, Sycorax is approached by a coven on the island for the purpose of convening. Mazikeen struggles to reign in the witch’s strong will and keep her safe on the island. It turns out that some, maybe all have chosen to trust in the wrong people, but it remains to be seen who will avoid the traps of damnation.

The book continues its heavy references to the Tempest. And the issue leans pretty heavy on the themes of betrayal and the decay of ancient and forgotten gods. Some old Sandman players make an appearance, though it remains to be seen if they are fan service or an integral part.

Lucifer seems fully back to his own person, though everyone he encounters seems to think he has lost his edge. Whether this is misperception, transformation or deception on Lucifer’s part has yet to be revealed. Caliban continues to become more and more tragic as the story continues, desperately striving for something that on some level he must know is an illusion. It is unlikely that things will end well for the Devil’s son, the only question is whether he will drag Lucifer down with him or if he will find salvation in his mother’s arms.

Sycorax’s story seems to be quickly coming to a close. She is a strong force, and has become a fully formed character springing from the relatively little lore surrounding her. She is almost too strong to be contained in the book, it’s unlikely that Lucifer could long stand sharing a book with her, despite his efforts to save her.

This issue delves deeper into the decay of old worlds and the perils of the oldest vice — temptation. The next few issues will see the results of a web of betrayal with Lucifer at its center.

Lucifer #8: Light as a Feather