Lucky Devil #1: Gotta Get Away 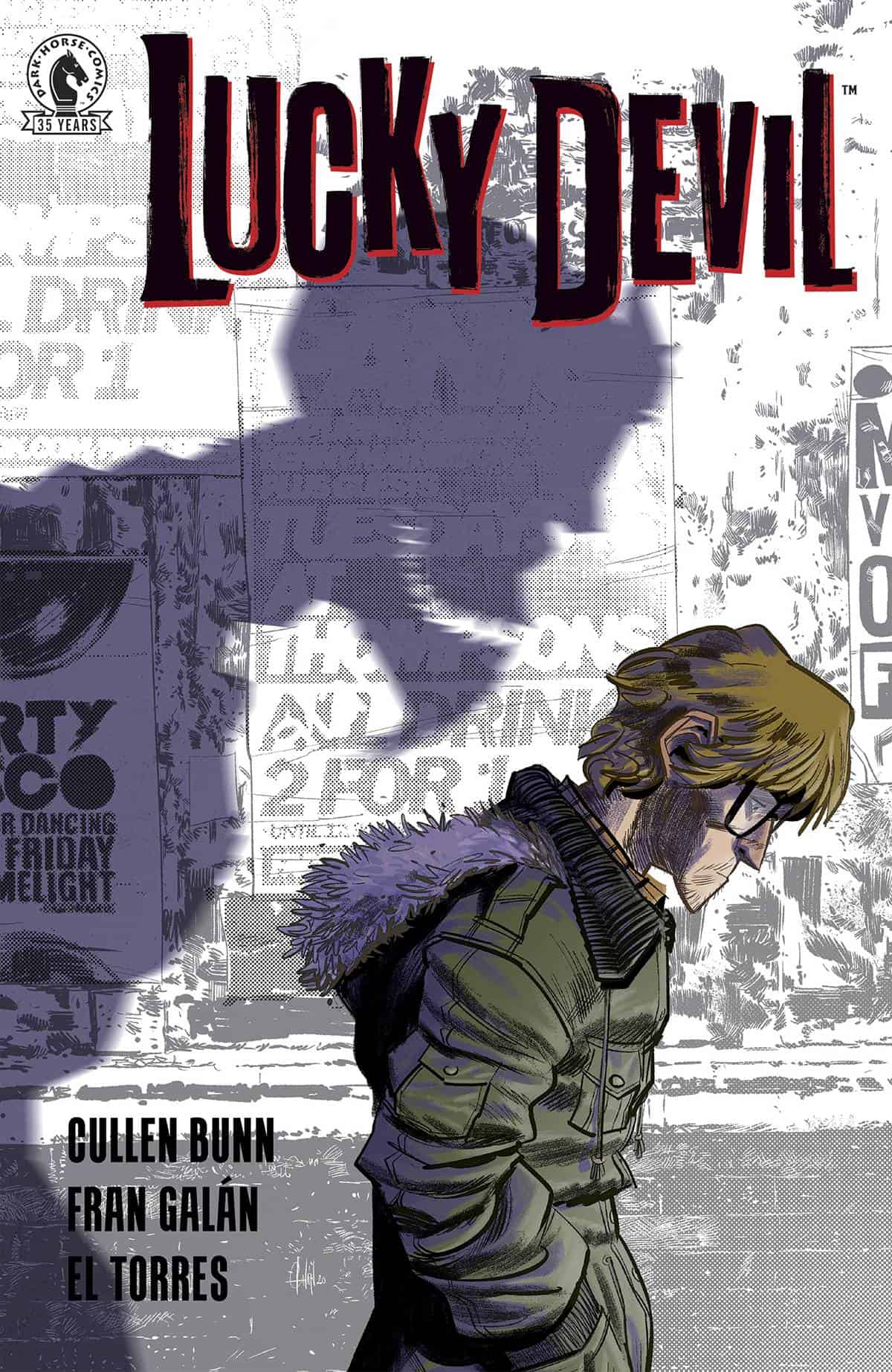 Stanley does not have much going on for him. Saying he's is down on his luck is one thing, seeing his life in miserable despair is another. How bad is Stanley doing? Well, let us say that being possessed by a powerful demon might be the best thing that ever happened to him! Well, for a while until he exorcises the demon and keeps his powers. Now the legions of hell are after him and he has his own cult to run in Lucky Devil #1.

Cullen Bunn is one of those writers that can vary from genre to genre, but you know if he is doing his own stuff he is going to be swinging in the horror direction. Lucky Devil #1 is another venture into his horror centric mind, but this series has an odd yet fun sensibility about it.

Bunn drenches Lucky Devil #1 with this ghoulish, grim, yet amusing tone. The issue feels very lighthearted yet still entrenched in that macabre/horror style. It is honestly one of my favorite story feelings. I am not a huge “horror” person but, when it has some humor and that lightheartedness sprinkled in I am immediately drawn to it. Bunn mixes those in together superbly well in this first issue.

Bunn does an excellent job of immediately connecting us with the character and story. Fantastic first issue of a comic book as he drops us in and gets the story going right off the bat. Bunn keeps the focus on our main character Stanley for the whole issue as he tells his story. It lets the reader latch onto him and get into his head. I do think the solicit for the series does give a bit too much away. I am glad I read the issue before reading what it was about. For people who read the solicits it actually gives away more than what is in this first issue.

I love the premise of Lucky Devil #1. It was something that I was not expecting and do not know if I have every really seen/read before (I mean I know there is probably something similar out there), but for me it is a very original idea. 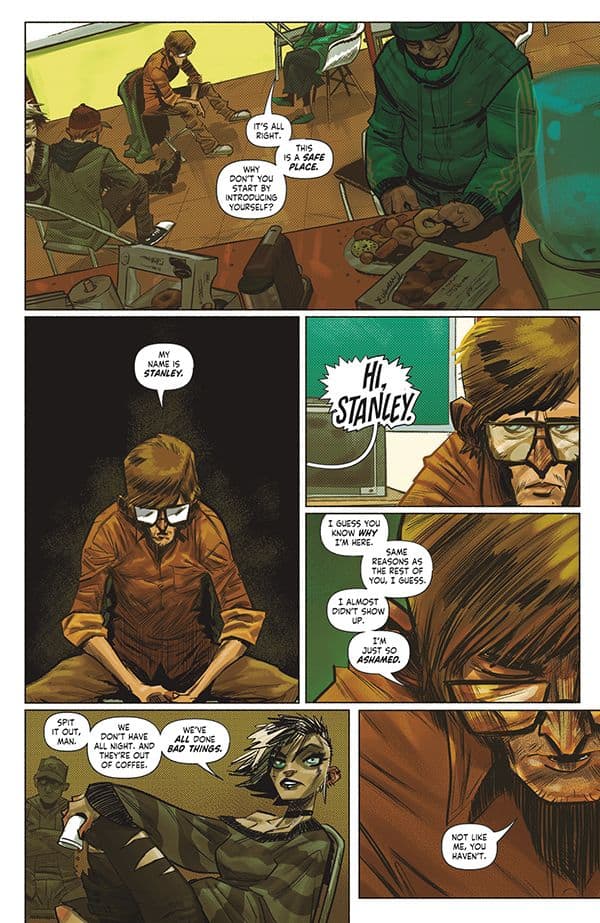 Lucky Devil #1 is my first exposure to Fran Galan. What a wonderfully talented artist! He captures that tone I was talking about perfectly from the jump. The “sad sack” Stanley is brought to life without words. You can tell exactly how this character is feeling directly from the first page. His body posture, the look in his eyes tells a whole story unto itself.

I love the scratchy, roughness of Galan’s art as well. Seeing all the different lines gives the art an almost textured/rough feeling to it. Galan also catches the more horror/gore elements of the story well. He measures it to where it is shocking, but it also has that comedic tone to it as well. His art sits in that mid ground and works perfectly for this series.

Great detail throughout the issue as well. Some magnificent background detail is shown throughout each and every page. The world of Lucky Devil is fully fleshed out and realized as Fran Galan details everything marvelously well.

We cannot overlook his coloring work as well. Galan bathes the more horrific elements in a red/orange tone that brings the demon out in Stanley. But, the rest of the issue has this nice “real world” feel to it with a dark undertone.

I was very surprised by Lucky Devil #1. I am not a huge horror fanboy, but I usually like to check out Cullen Bunn's work. This series captured me by its odd premise and just how well Bunn and artist Fran Galan work together. The art and story mesh perfectly as one. The horror/comedic tone is fed through the art and writing alike and it seems like both creators feed off each other. This is one of those series where writing and art feel perfectly matched together. From a series I knew nothing about to eagerly awaiting the next issue; I say that is a win for Lucky Devil #1.

Lucky Devil #1: Gotta Get Away