Lucky Devil #2: The Devil is Here 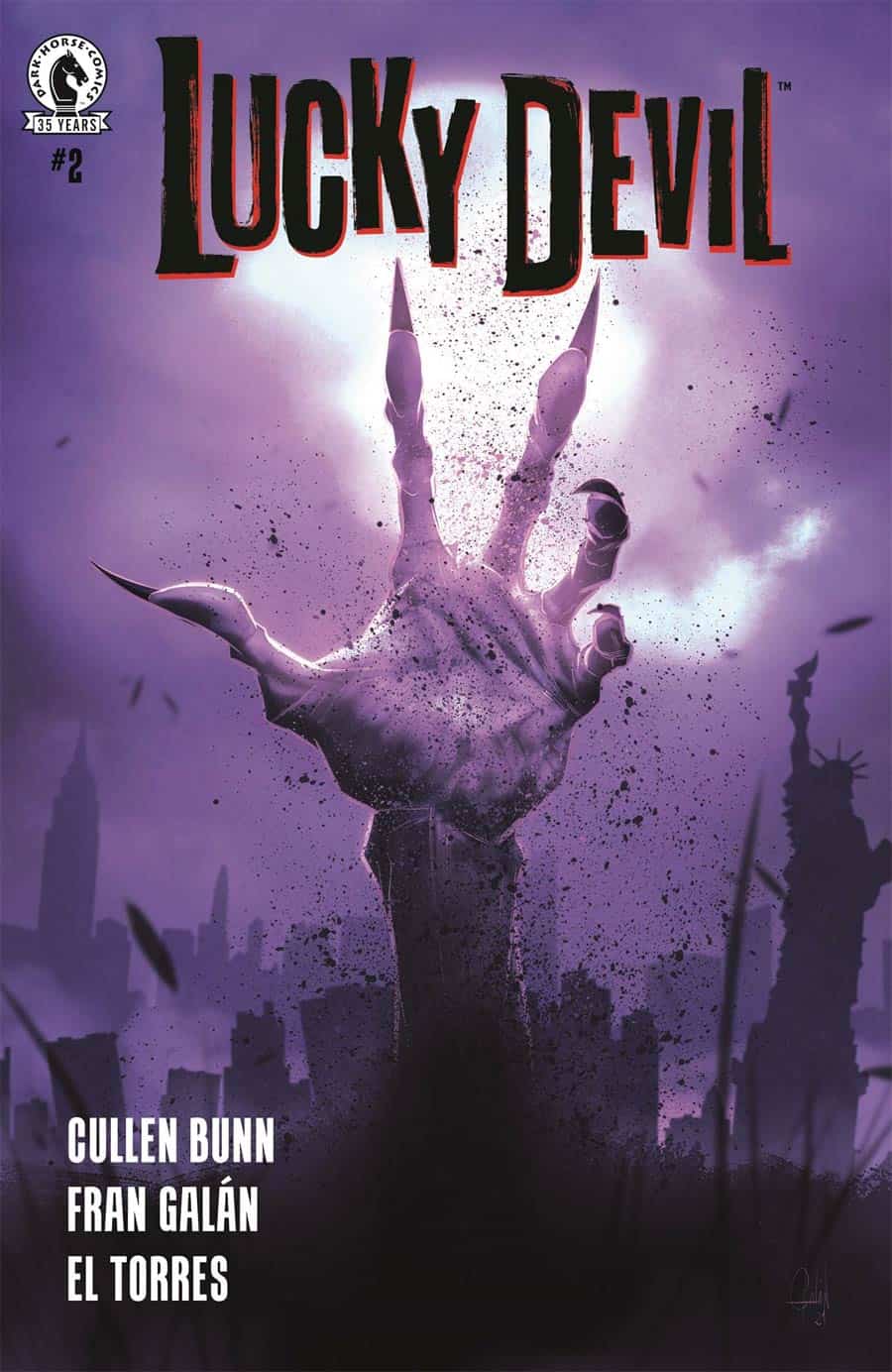 I mean what could go wrong with stealing the power from a demon of hell? I mean he possessed Stanley first, it is not his fault the "discount" exorcism left Stanley all the power! What is Stanley to do with his new found hell power? Why start his own cult and make a bunch of money, what else would he do? But, with great power comes great responsibility and a lot of attention and not always the good kind. As demons don’t take to kind to being swindled, Stanley is in more trouble than he knows.

After being pleasantly surprised by the first issue of Lucky Devil, I was delighted to dig into the second issue. Cullen Bunn does not disappoint with Lucky Devil #2. We get a little further flung into our story after the intro in the first issue. Stanley with his demon power starts to influence his own group of people and with that much power comes fame, wealth and some welcomed and unwelcomed attention a like. Bunn starts to weave an interesting set of problems for Stanley has he navigates his new found power and influence.

I love the concept of Stanley having this power with no demon attached now. At the begging you could say down on his luck Stanley was a good guy with a ton of bad luck. The demons influence was really what did those bad things. Now we can clearly see that Stanley is not such a great guy, even though his life was not grand, it does not give home an excuse to wield this power like he is. Plus, I kind of like this idea of this powerless demon, running around, just makes me smile. Stanley has a lot to deal with in this issue that I will not spoil. But, having demon powers gets a lot of people’s attention from our world and from the depths below.

Bunn also continues to play with tone supremely well in Lucky Devil #2. He continues that serious yet not feel. It is still tongue and cheek and wildly fun to read. The serious aspect of the series captures me and brings me in, but that lighthearted feel makes me not roll my eyes at some scenarios or happenings but smile and get a chuckle out of it.

The art continues to be beautiful done by Fran Galan. Galan’s cartooning is the key aspect to this series, catching that wonderful tone I was previously speaking about. Galan’s artwork has that animated yet “real” feel to it that dances that line between serous and fun perfectly. From just the images you get that sense from the series.

Fantastic use of lighting and color in Lucky Devil #2 from Galan. There is a fantastic scene of Stanley viewing a house with the daylight glimmering through window in the background as he stands starkly in the foreground. It is a mesmerizing “shot” that is framed and detailed superbly well. Wonderful use of different visual angles to depict scenes. Love the overhead shot of the party as it is painted in a red and orange hue.

Great character acting as well presented by Galan. Wonderfully expressive faces, eyes and body posture. Galan gets a ton of the story told through his visuals of the characters and the scenes presented in Lucky Devil #2. El Torres also does some nice subtle work on lettering bringing out some nice details in Lucky Devil #2.

Lucky Devil #2 is a wonderful second issue for this mini-series. It rev's up the main thrust of the story and starts to bring some tension into the series. Stanley is doing some wild things with his power and garnering attention from all the wrong people. If you are like me and like your horror with a little fun then you should be reading Lucky Devil.

Lucky Devil #2: The Devil is Here