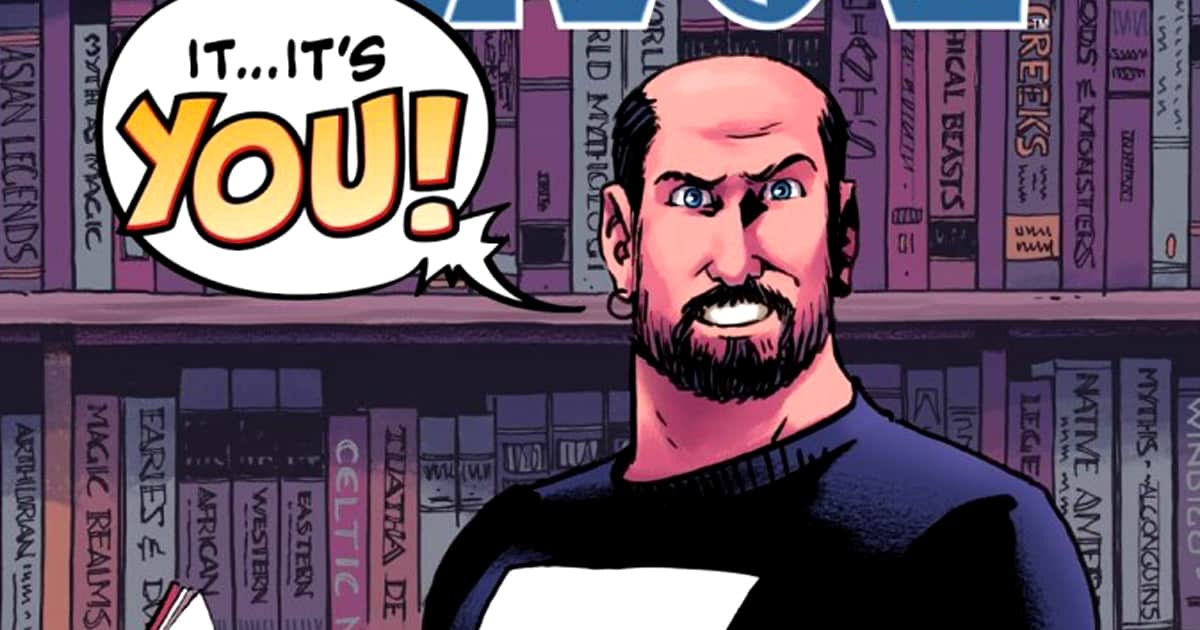 A story from Kevin’s Past as Kevin reminisces with Hugo, and meets an old Friend.The Umbra Sprite returns, and the plans to find the Fisher King unfold. 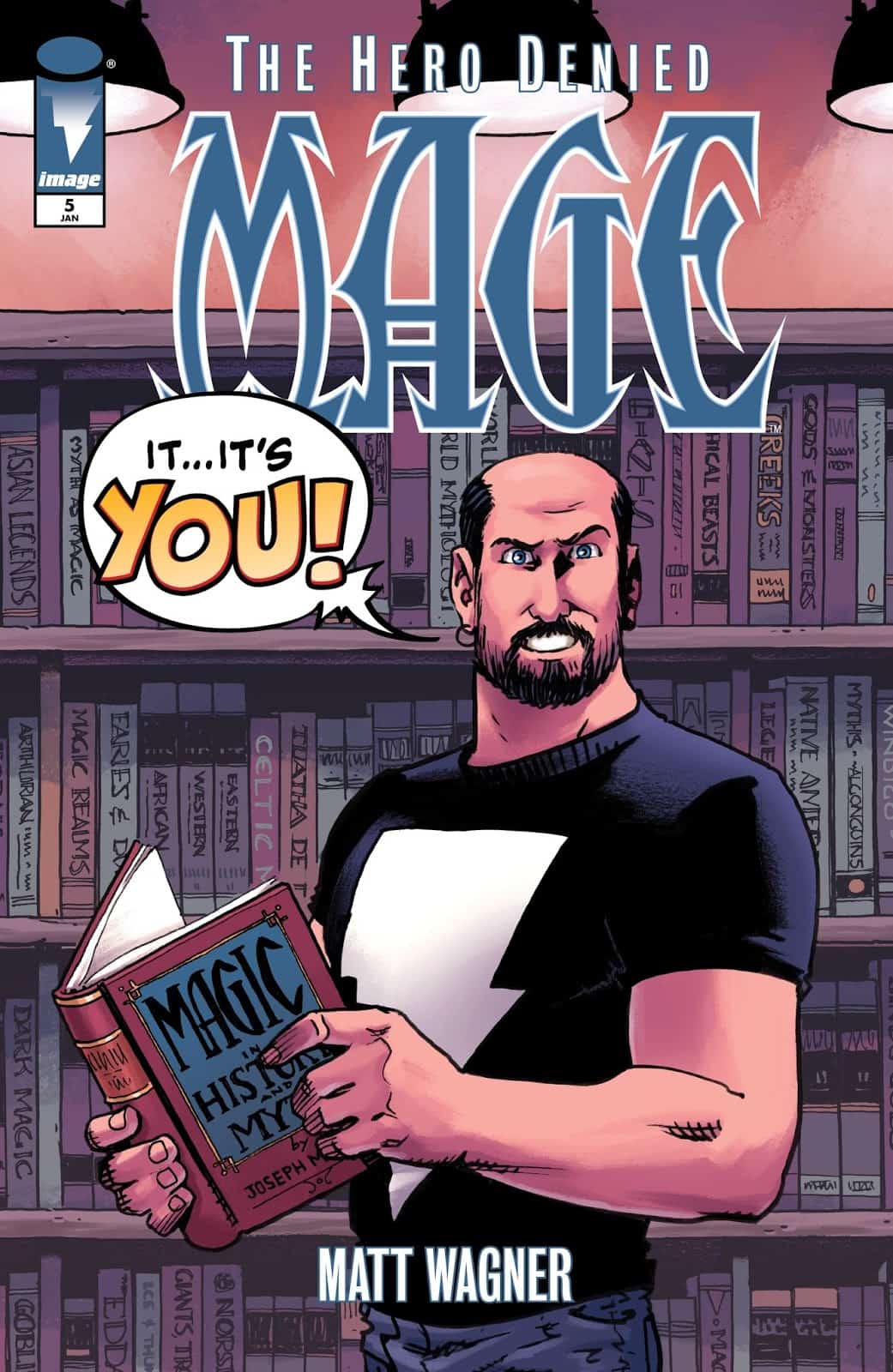 What You Need to Know:
Kevin reminisces about an adventure with Mirth. He recants the time that he and Mirth the Mage explored the sewers looking for the Creature the Ellen Treckend. 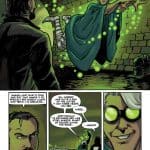 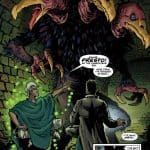 He tells Hugo about the powers and the original Excalibur. Giving newer readers a glimpse of The Pendragon in his Prime, and his former friend Mirth. 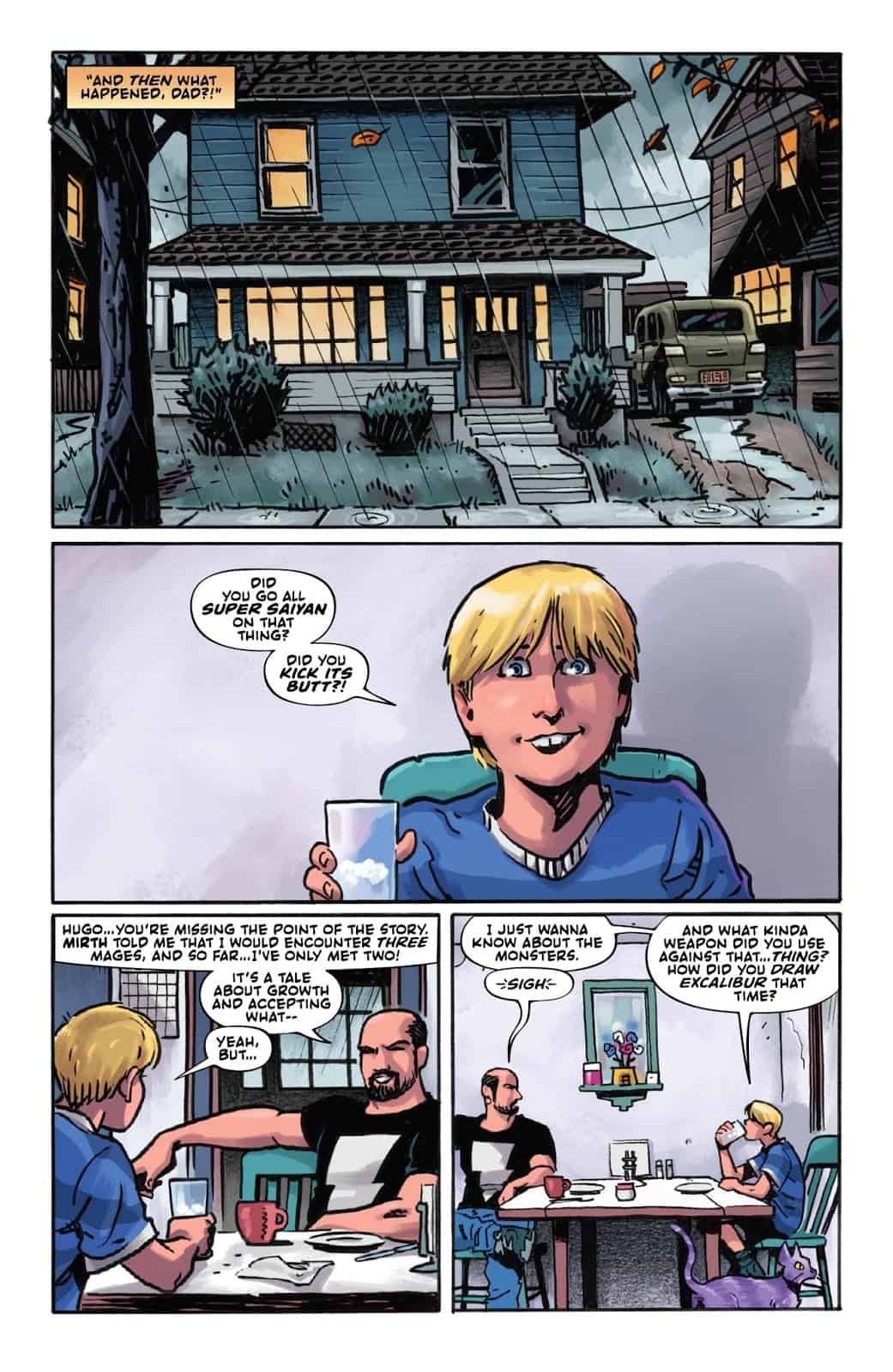 He tells Hugo that he was told that he would meet Three mages, and he has only met Two thus far. Hugo is absolutely excited to ask his Dad about the story, but he completely misses the point. Kevin tells him that back then he couldn’t control the form that Excalibur took it was just a Bat.

What You’ll Find Out:
After the discussion, Magda was not so excited by Kevin’s recanting of his tale for his Ten-Year-old son. She tells Kevin that she will be searching for a new place for them to live. Away from the danger of Attacking Monsters.

Kevin walks Hugo to school and then stops at the ATM to talk to his Mentor the Earth Mage through his Magic ATM card. By the way, Kevin has an Unlimited ATM card that allows him to draw from an unlimited amount of Cash. Kevin makes a bit of a fool of himself taking and getting worked up to an argument. He apologizes to The Machine as he is looked on like a crazy person by some onlookers. He explains that he was scared and angry, but he is met with only silence.

The return of the Umbra Sprite. She has slumbered these past thirteen months. Her daughters unveil the plans have been going well to locate the Fisher King. He is known to be a homeless indigent, and they have established to serve the needy and downtrodden, in a hope to come across the Fisher King and murder him. This will seal the Victory for the Umbra Sprite herself. 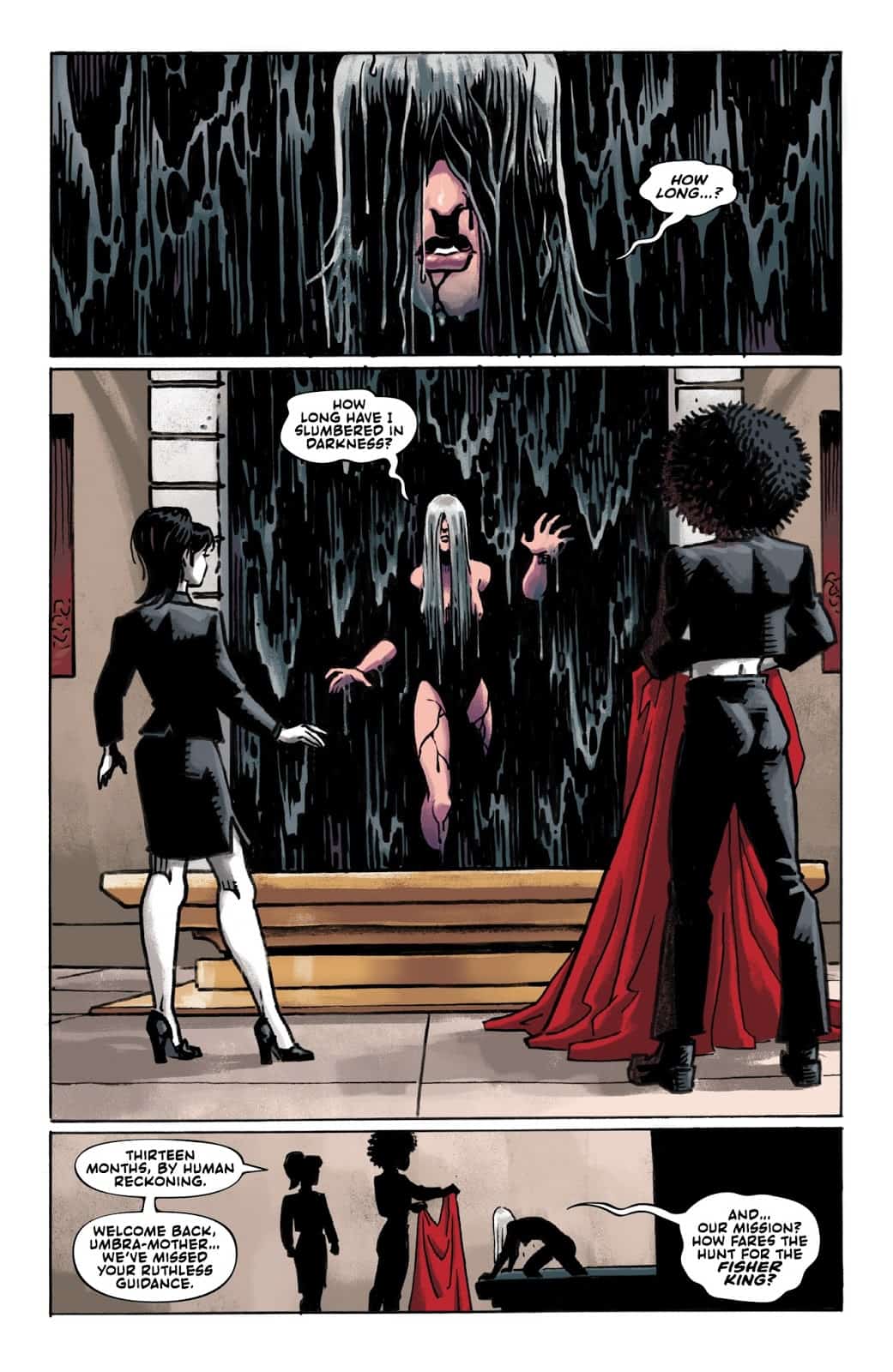 Meanwhile, Kevin after his argument with the ATM decides to do some arcane research. He is surprised by an old ally Joe Phat. They decide to hang out and grab a Pizza together to catch up. Joe is not just seeking Kevin out for old times sake, he is here to tell him that their Friend Kirby Hero has died. 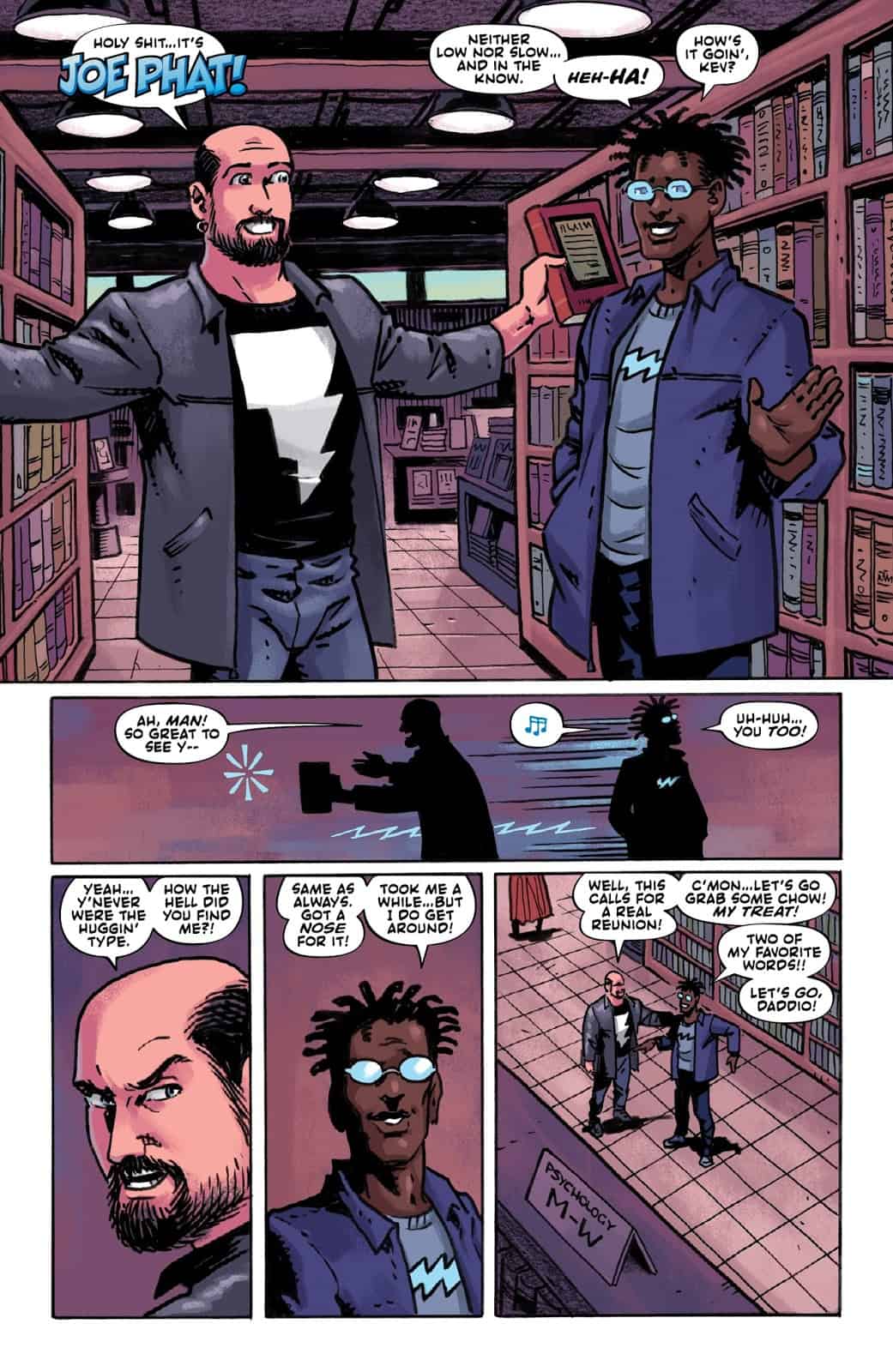 Joe Phat sporting a new Haircut, and Kevin catch up. 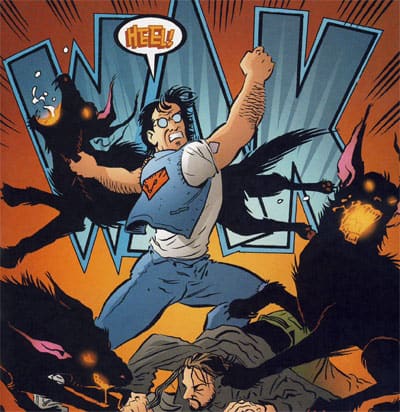 On the way home Joe makes a discovery with his magical enhanced nose. He sniffs out a monster a couple of blocks away. What they find is surprising, a Questing Beast scavenging through the Dumpster! 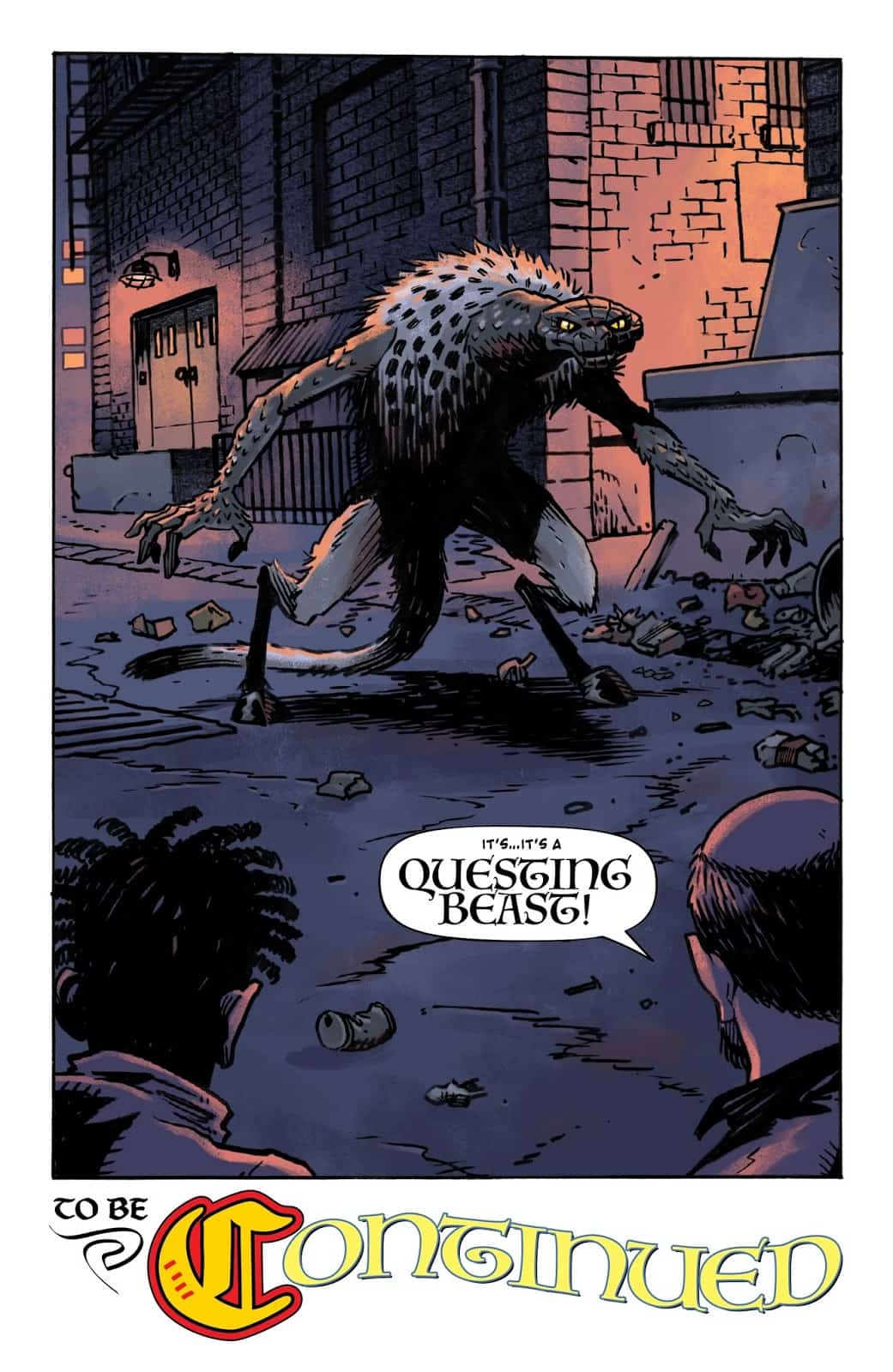 A Questing Beast could be trouble for Kevin!

Final Thoughts:
The tidings do not bode well for Kevin and his family now that the Questing Beast is in town. Joe Phat turns up to tell Kevin that one of his fellow Magical friends has passed and this is more of a recipe for trouble. My prediction is that the Beast will find and kidnap one of Kevin’s children or his family.

The Umbria Sprite back in town is never a good sign, and as she gets closer by the day to the Fisher King this really speeds up the urgency in the book. It looks like Kevin the Last Pendragon will not be able to avoid this battle for long. Especially not with the lords of Hell on his heels! A slower read, but it paces out the story and builds to drama and some future plans of the Villians. Not the issue to begin the journey with, but a solid continuation with a fair amount of plot.