Magic #1: The Start of a New Adventure Through the Multiverse! 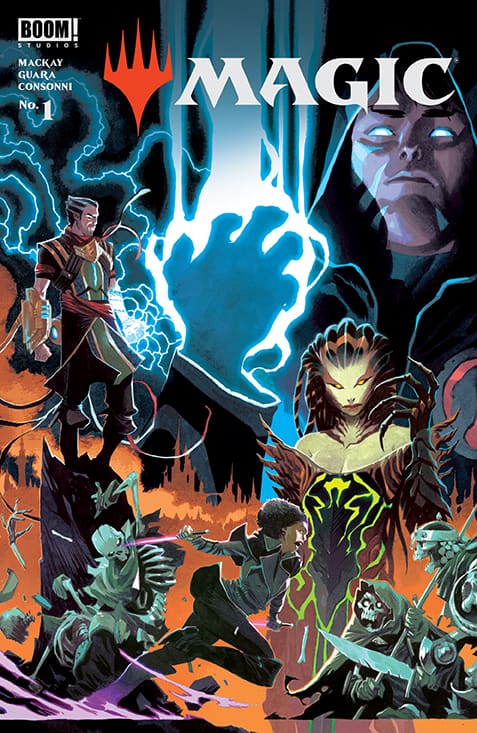 A new beginning for the pop culture phenomenon of Magic starts here from Jed MacKay (Marvel's Black Cat) and Ig Guara (Marvel's Ghost-Spider), perfect for new readers and long time fans.  When coordinated assassination attempts on Guildmasters Ral Zarek, Vraska and Kaya rock the city of Ravnica and leave Jace Belleren's life hanging in the balance, a fuse is lit that threatens not just these three Guilds, but the entire plane of Ravnica. 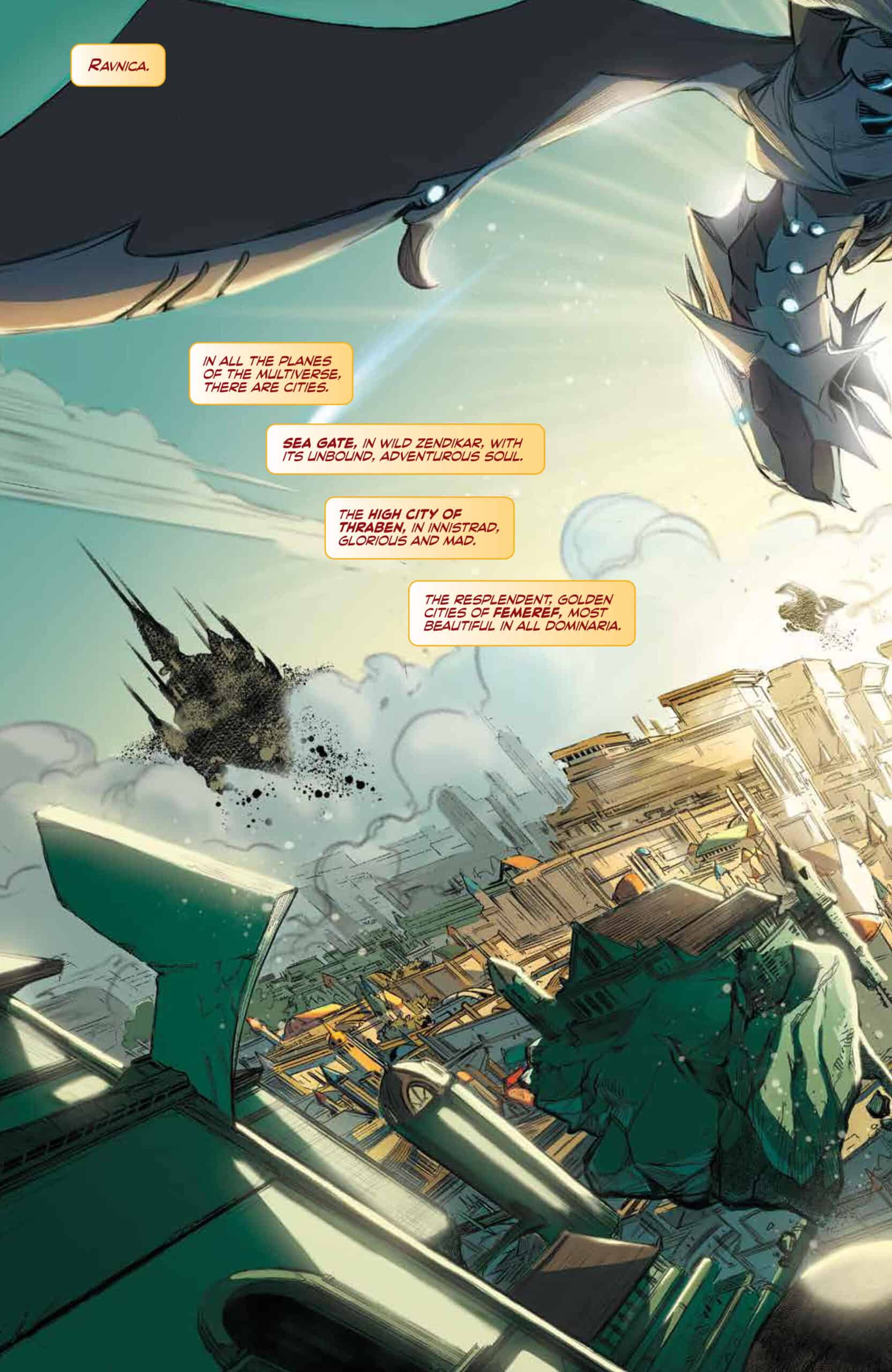 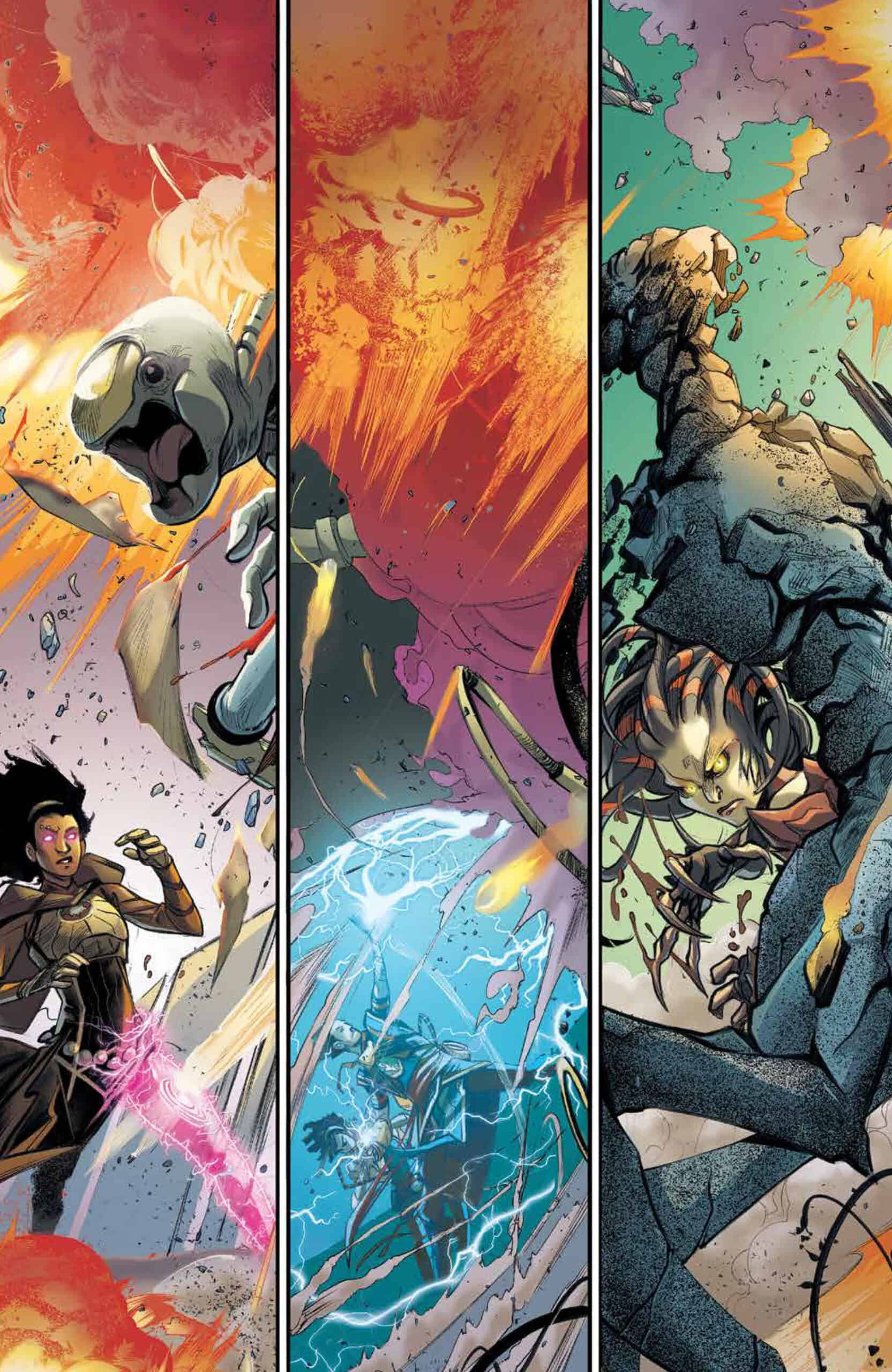 Back in January 2021 Boom Studios announced its partnership with Hasbro to bring Magic the Gathering (MtG) to life in a new comic series!  And now the wait is over and fans can finally immerse themselves further into the multiverse!  Based on characters and locations from the popular card game, issue 1 of the comic series takes place on the fan favorite plane of Ravnica.  Fans of the MtG card game will likely be delighted because Ravnica is one of the most popular and diverse planes depicted in the game.  But to sweeten the deal even further, the storyline in the comic takes place sometime after the events of War of the Spark.

Many readers or people new to MtG may not be familiar with the lore surrounding the Gatewatch or the events of War of the Spark.  Luckily for them, none of that is necessary to enjoy the new comic.  Instead, the story takes place after Ravnica has healed and rebuilt from the apocalyptic event.  Issue one focuses on easing the reader into the multiverse of MtG.   This is accomplished by introducing the concept of “planes,” which are different and unique worlds that exist in the multiverse.  And “planeswalkers,” powerful beings that can transport themselves from one plane to another.  The readers are introduced to four planeswalkers; Vraska, Ral Zarek, Kaya, and Jace who appear to be the heroes the storyline will follow.

Opening on an assassination plot focused on eliminating the aforementioned planewalkers, the first issue takes the reader on an action packed ride through Ravnica while developing the characters.  Perhaps one of the best parts of the issue is the fact that there are many winks and nods to fans of the card game.  But if you are someone completely new to MtG, you would not feel lost while reading this comic.  The story is interesting and moves at a good pace, while also explaining the world of Ravnica to the reader.  The issue ends on a cliffhanger as the planeswalkers seek to uncover who sent the assassins after them.

The rich and enthralling multiverse of MtG has been brought to life through novels, comic books, video games, toys, and other supplementary products before.  But this issue comes out swinging with an engaging plot, fan favorite characters, beautiful art, and the potential for a long running series!  As someone who has been playing MtG since Ice Age, I can tell by the attention to detail that everyone involved in the creation of this comic book loves Magic the Gathering.  And that is the best endorsement I can give!

The rich and enthralling multiverse of MtG has been brought to life through novels, comic books, video games, toys, and other supplementary products before.  But Magic #1 by Boom Studios comes out swinging with an engaging plot, fan favorite characters, beautiful art, and the potential for a long running series! @boomstudios @jedmackay @igguara

Magic #1: The Start of a New Adventure Through the Multiverse!