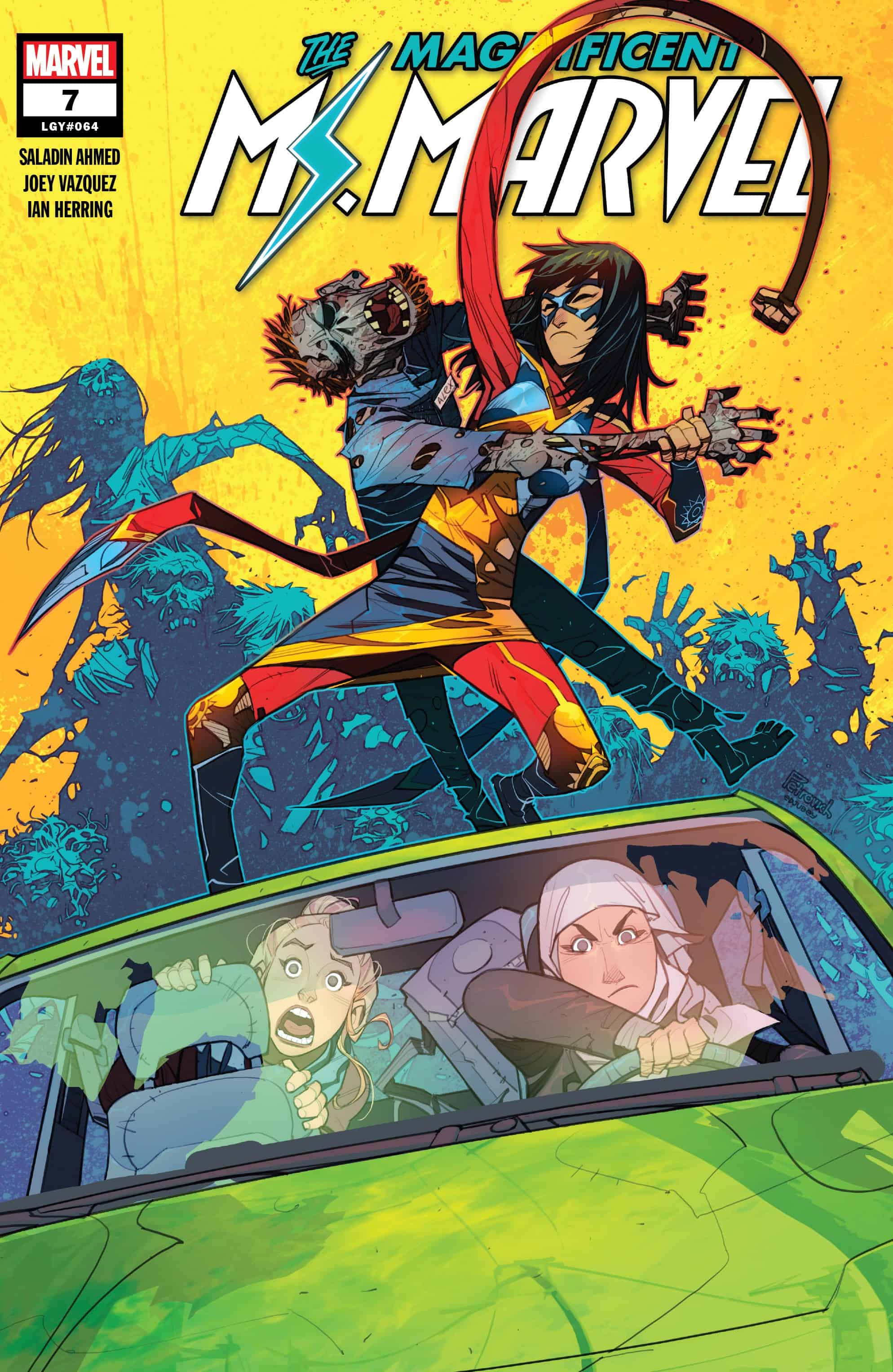 Between her space adventure, her complicated feelings for Bruno and a looming family tragedy, Ms. Marvel really needs a break. Zoe and Nakia decide to get Kamala out of town for a while — but their chill road trip is about to be derailed…by literal corporate zombies!

After the rather dramatic events of the issues leading up to this one, including both liberating an entire planet and being confronted with the potential death of your father, the story felt due for some form of relief. While it’s unfortunate that this causes the Magnificent Ms. Marvel #7 to become a bit lackluster compared to other issues in this series, it does cover some important character moments that will help ground what’s to come. 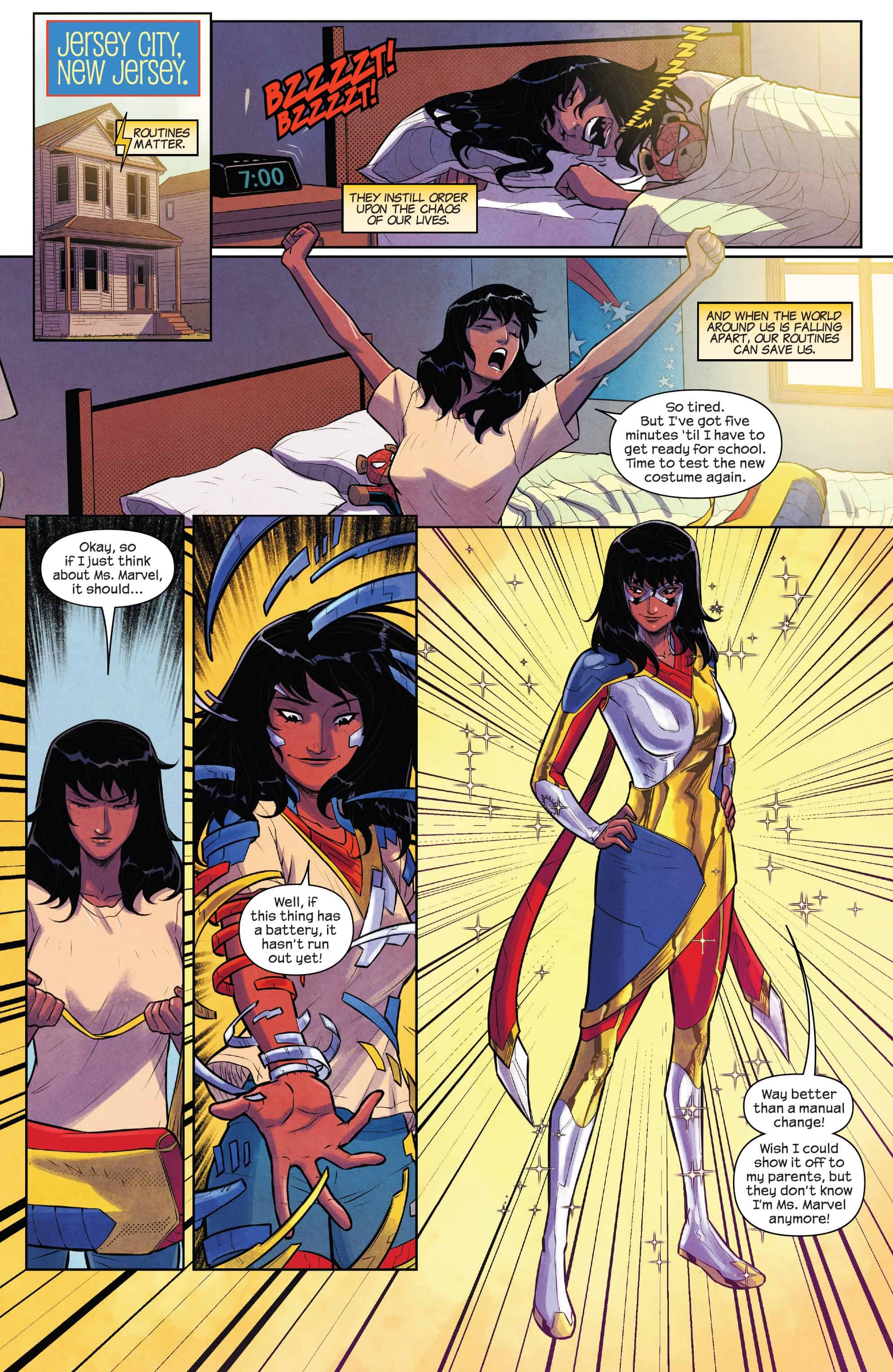 Magnificent Ms. Marvel #7 isn’t necessarily a bad issue, as fans will certainly find plenty to enjoy in both Kamala’s interactions with her family and friends and the somewhat disturbing ending. However, it is an issue that doesn’t really capture the weight this series has held so well. It gives the reader the impression that this is leans more toward being a setup issue for something better to come.

The artwork helps this issue succeed when you would least expect it to, in all honesty. There are sudden moments of brilliance that really help to engage with what is happening, like when Kamala finally brings her suit out after they slide off the road. These moments go a long ways in this issue mostly because there just aren’t that many. The character relations still feel remarkably genuine, but the ending reveal and ultimate cliffhanger once more delve into territory that we have seen before.

It was interesting to lead this story with a discussion about the importance of routines. Issues like this are just the reality of ongoing series as they transition from arc to arc, almost in a routine. And while this is certainly one of the better ones, it still falls victim to simply not being on par with what we’ve seen from the rest of the series. In collected format, this issue will most likely work better as it’s framed by the more expansive stories around it. But taken on its own, it just doesn’t inspire as it should.

Fans will want to read this issue if only to stay up to date on Kamala’s super hectic life, because this is setting up a story that we will come back to. Also, who doesn’t want to see Ms. Marvel take out a horde of zombie-like company employees?

Magnificent Ms. Marvel #7 takes a breather on the shocking revelations to focus on Kamala's crazy life, but it leaves something to be desired in its pacing.