Marauders #27: Set Them Up, Watch Them Fall 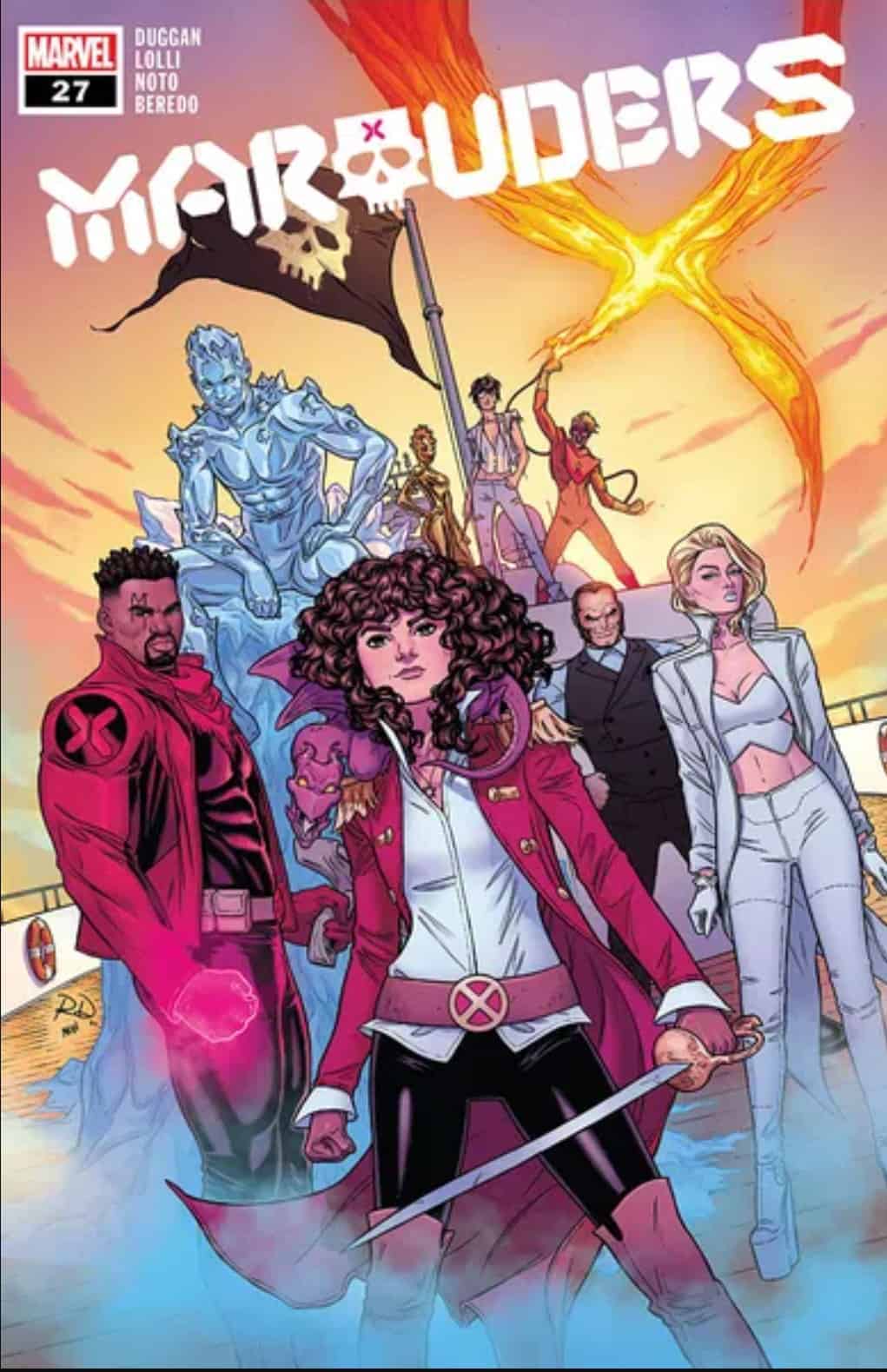 While Lourdes Chantel maneuvers into her new position within the Hellfire Trading Company, Kate Pryde seeks out help for her little doorways problem. Pity she had to go and ask that guy for assistance.

This final issue, before the upcoming line-wide reset, was dedicated to loose ends. It tied off several dangling threads and cut loose a few others. All told, this was a satisfying issue, with few problematic moments and a great deal of setup for the book’s future fun

The tied off threads include the fate of Lourdes Chantel, Bobby Drake, and Wilhelmina Kingston. Bobby in particular, with his boyfriend in tow, has been set aside for adventures in different books. One of the strengths of this book was that every character was granted a scene which indicates where their future adventures will take them. In truth, this issue was less a story than a preview of coming attractions.

I don’t intend that as a negative criticism. The goal of this book is to whet interest in future stories, and it succeeds in this goal. It’s not essential to read this final issue, but it is fun.

Some of the more promising set-ups for future events revolve around the departure of a few characters who had been previously very important to the series. Others center on Kate’s search for an answer as to why she can’t use the gates (this produces a very fun scene between Kate and Forge — the latter of whom has been letting more than a few big issues fall through the cracks) and her disappointment with the results has led to her teaming up with a man who has become something of an enemy to the mutant nation.

The art in this story was difficult to quantify. Both Lolli and Noto are brilliant artists. Their work on this series has, individually, been one of the consistent highlights, in some cases uplifting the story when the writing became problematic, in others elevating already fine character moments. The problem is that their styles are very disparate, and when they are combined like this, with each of them handling different characters, the art becomes discordant. It’s a little bit jarring, honestly. This is by no means the fault of either artist, and my comments on this are not meant to disparage either the skill of the artist or the effectiveness of any individual chapter.

Taken together, this was a highly satisfying conclusion, and a wonderful set-up for the stories to come.

Taken together, this was a highly satisfying conclusion, and a wonderful set-up for the stories to come.

Marauders #27: Set Them Up, Watch Them Fall