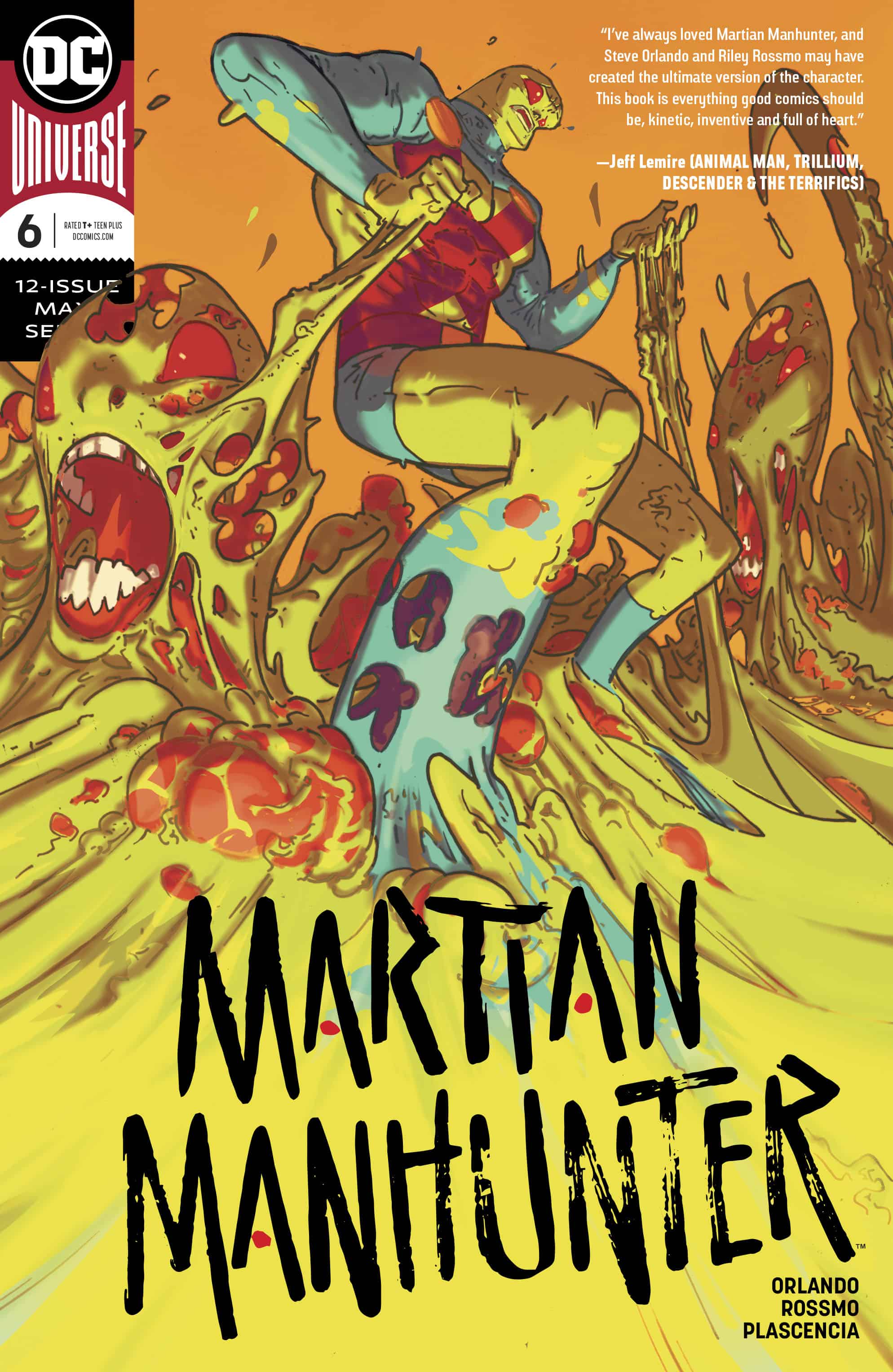 IT'S ALL COME DOWN TO THIS: sometime in J'onn J'onzz's past on Mars, the thoughtstream virus H'ronmeer's Curse has at last spread to the entire populace! Chaos ensures as the entire planet spirals into devastation! 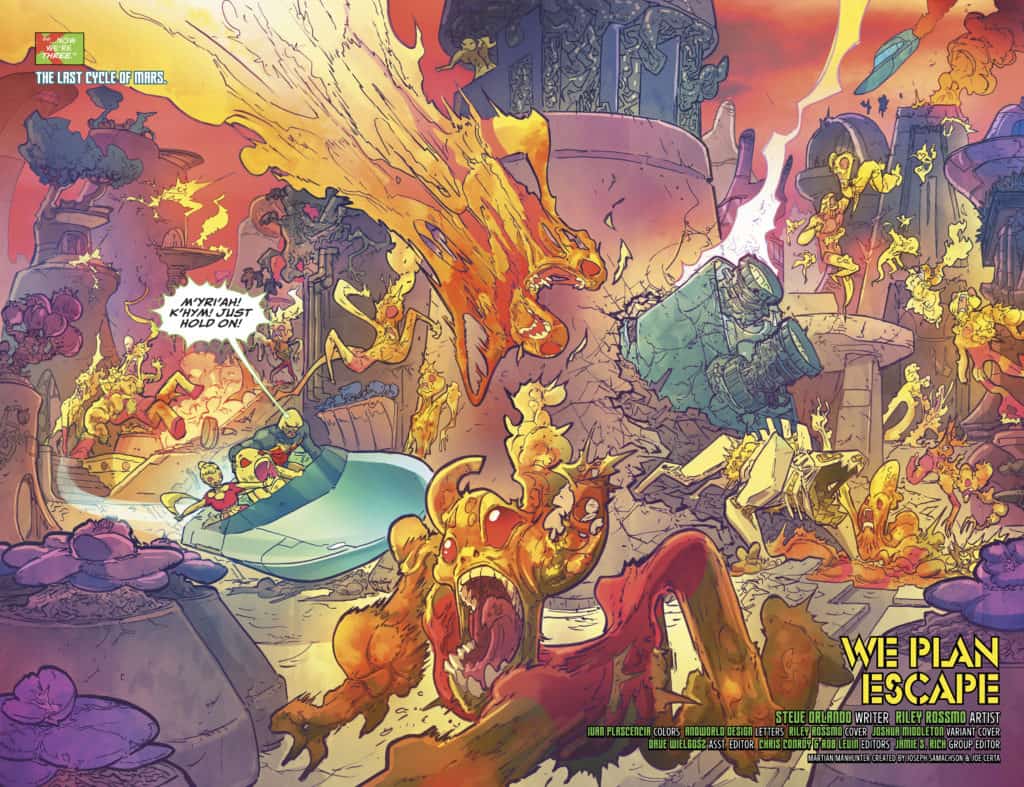 But J'onn has a plan. Through is underworld criminal contacts, a rocket ship has been secured for his family and him to escape on. But revealing this means revealing to his wife his darkest secret, that he's colluding with the very criminal element he had sworn an oath to imprison... 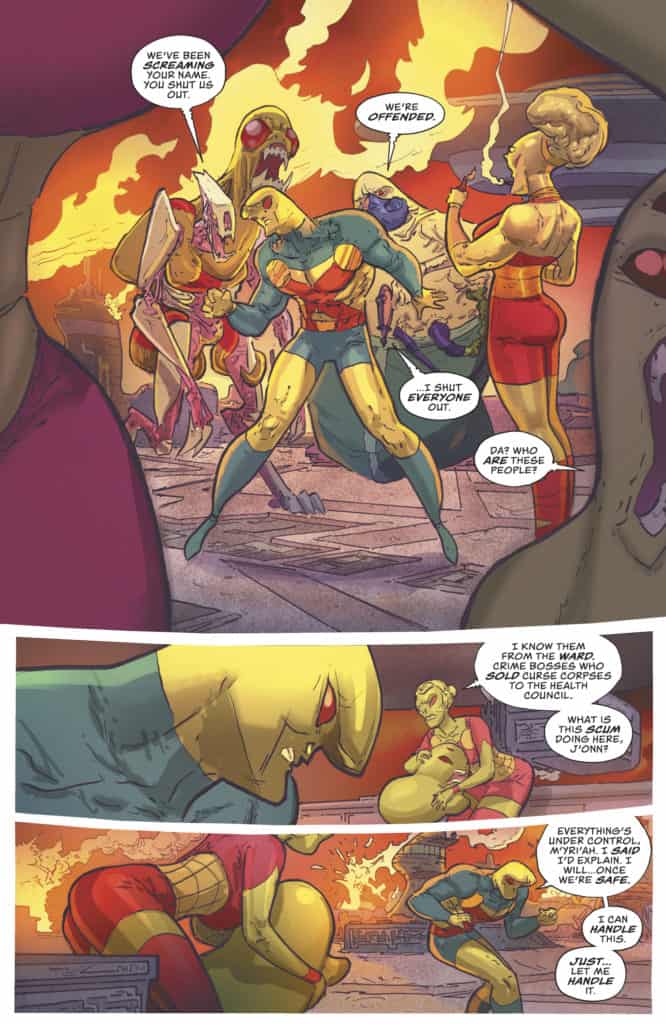 Things swiftly take a turn for the worse... 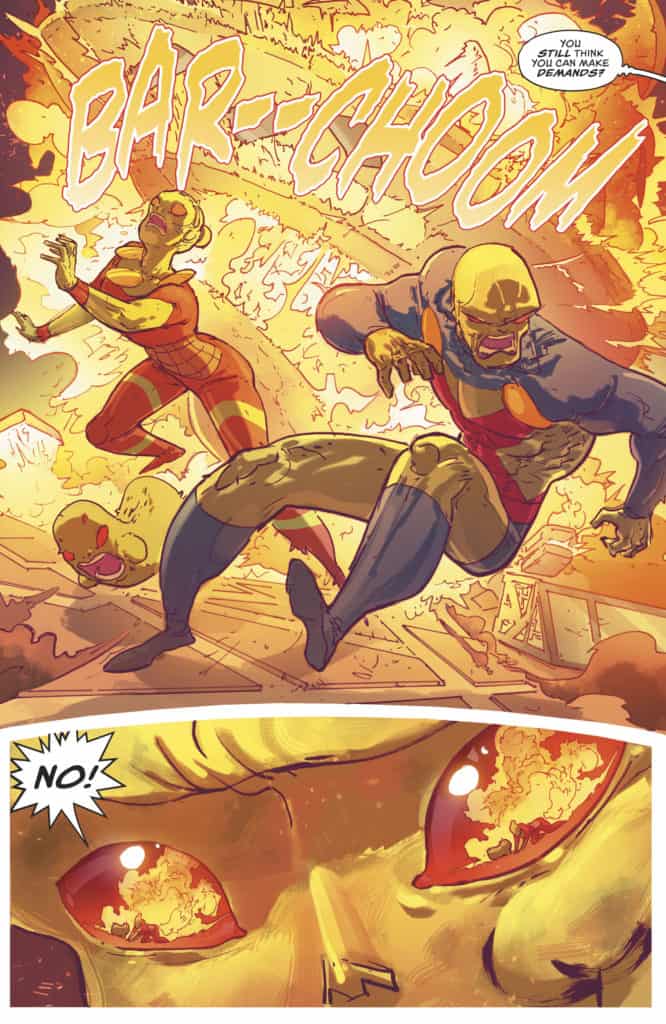 With his and his family's sole means of escape destroyed by the vindictive criminals J'onn was colluding with, all of J'onn's sins are laid bare. M'ryi'ah's heart breaks as she realizes her husband wasn't the man she thought he was. 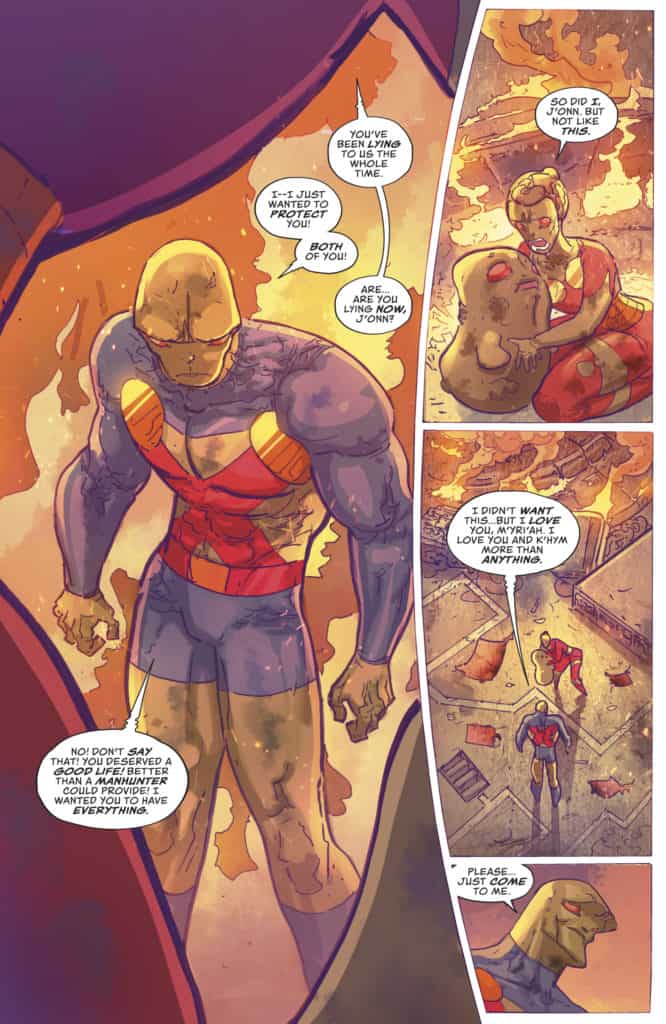 But, despite everything, J'onn still clings to the belief that as long as his family keeps out of the thoughtstream, they'll be protected from H'ronmeer's Curse... 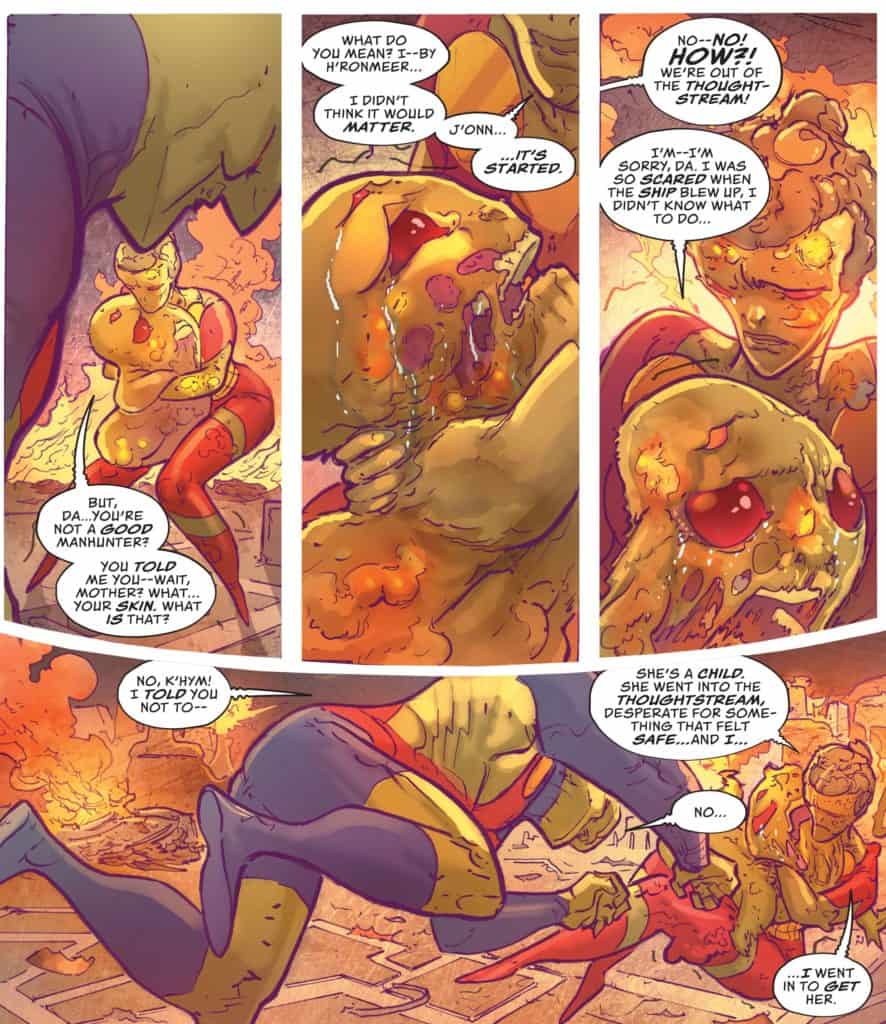 Martian Manhunter #6 is an absolute master’s class in suspenseful, heartbreaking storytelling. From issue one of this maxiseries, a looming sense of dread has pervaded every scene on Mars, knowing as we do as readers of M’ryi’ah and Kh’ym’s ultimate fates. The scenes of domestic bliss – reaching a crescendo this issue with Kh’ym’s birth – have stood as poignant reflections, reminders of everything J’onn will soon lose when Mars burns.

Everything reaches its heartbreaking conclusion this issue, with Mars’ absolute destruction and J’onn’s loss of everything he knows and loves. It’s perhaps not impertinent, though, to look forward to future issues elucidating how J’onn came to Earth, lost in the throes of grief and despair, thanks to Professor Erdel.

Writer Steve Orlando, continues with this series to finally produce a work that lives up to his reputation as one of comicdom’s new modern masters. Partnered with Riley Rossmo and Ivan Plascencia on art, there’s an artistic synergy on display here rarely seen  in comics – especially in modern times, when artists tend to be more disposable and/or interchangeable.

As a caveat I throw out in every review of this series, it won’t be for everyone. The art is extremely idiosyncratic, and the idea of J’onn being a corrupt cop will be blasphemous to many. But Orlando sells it so well – J’onn really believes that his actions are justified because he’s lied to himself long enough that he’s doing it to better his family’s life. But in this issue, the lie is ripped to shreds at the time when its exposure hurts the most – the moments before M’yri’ah and Kh’ym’s deaths. Kh’ym’s life ends in confusion, and M’yri’ah’s in betrayal. It’s a sting J’onn will carry the rest of his life, but will someday serve to push him to be a hero – a new dimension added to a character who, after sixty-four years, still manages to surprise.

Heartbreaking, devastating, gut-wrenching - Martian Manhunter #6 is an epic tragedy that closes a major chapter in its title character's life. Though perhaps not for everyone, this series continues to stand out among the crowd each month - a feat worthy of attention in and of itself. No matter what you think, this issue is as flawless as it comes.