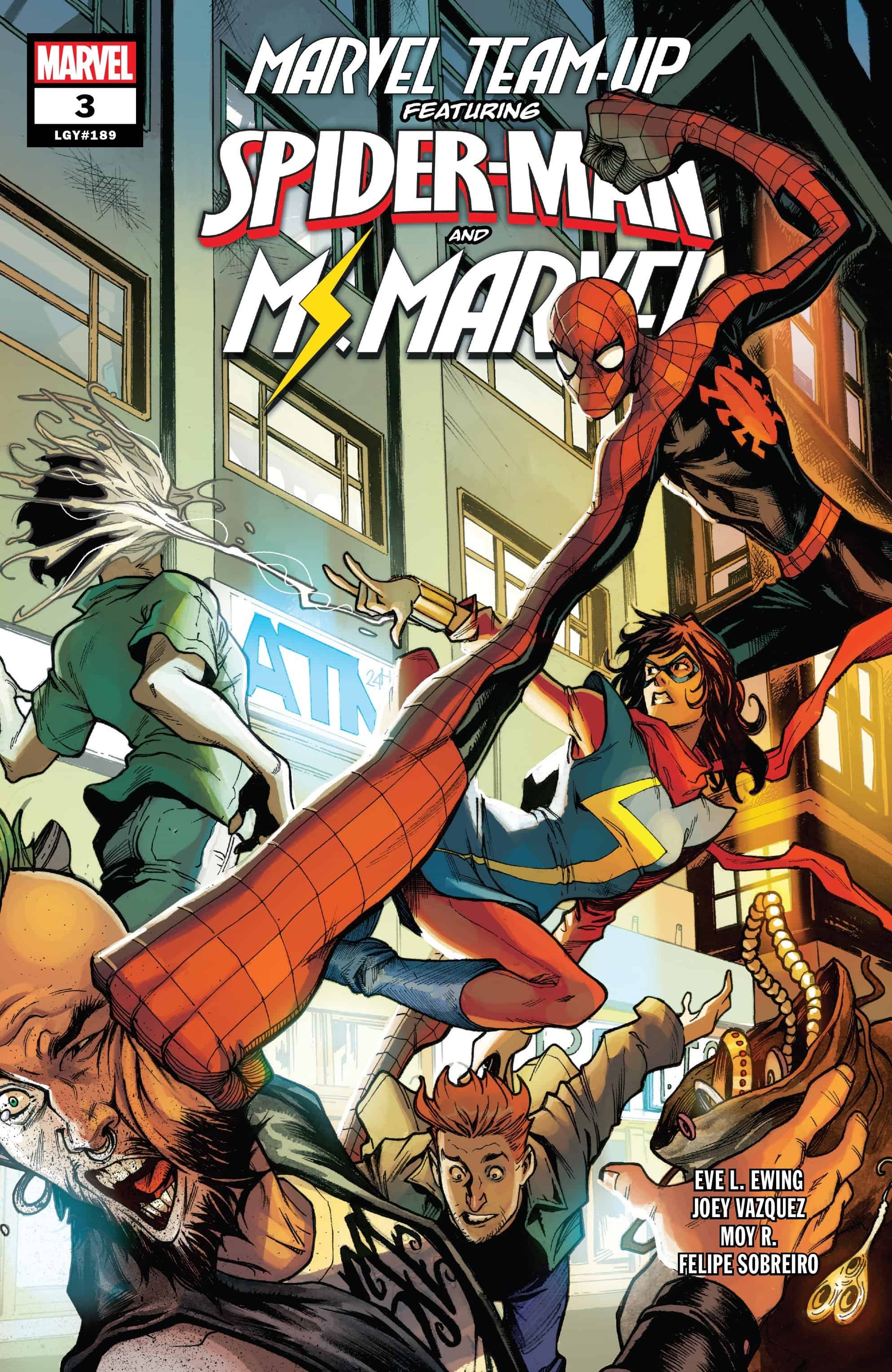 Spider-Man and Ms. Marvel both wanted a change of pace...or so they thought. Will things ever get back to normal? Will they defeat the Jackal? And where is Pete’s old friend Dr. Rosario, anyway?!

Well, here we are, already at the end of our first Marvel Team-Up arc featuring Ms. Marvel and Spider-Man. This was an arc that turned out to be surprisingly good, especially considering my initial hesitation regarding the classic body-swap trope in fiction. 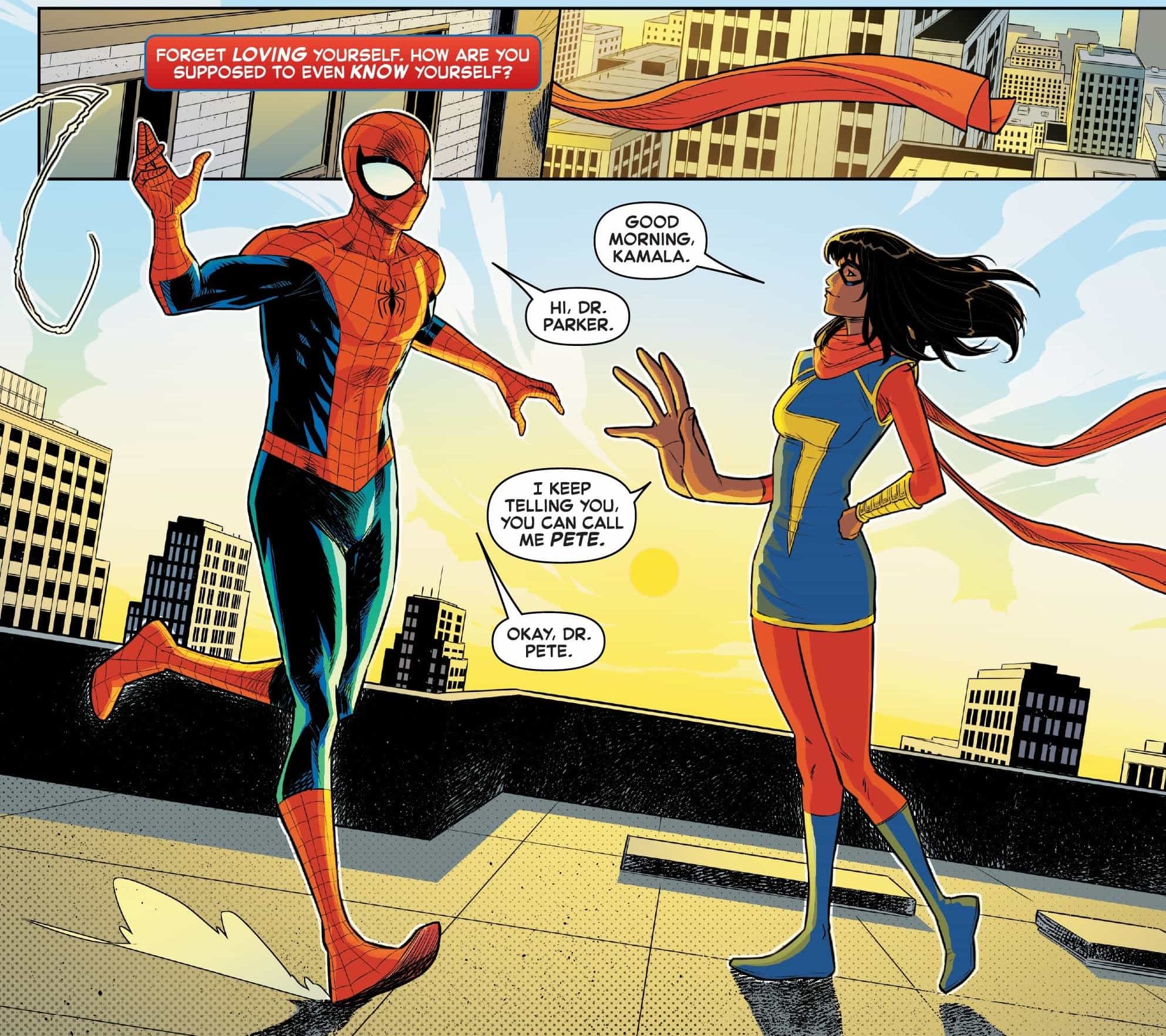 If you look back to my review over issue #1, I was not pleased the story went in this direction, but over the last two issues I have realized that this afforded a unique chance to dissect the core components of a long established white male character like Spider-Man and a new fan-favorite Pakistani American girl in Ms. Marvel. Writer Eve Ewing does this in a subtle way, bringing in just the right amount of nuance to make it clear that this body swap is exploring something deeper than the surface level heroes we have all come to love. It’s beautiful storytelling.

This point is emphasized in the final dialogue where Ms. Marvel explains that it isn’t simply about their powers or even their memories, it’s something else. It’s something bigger than that. This heartfelt moment from Kamala is underscored by a moment of understanding from Peter, and from that moment the entire arc became blindingly clear. The story is about what makes these individuals so important on a fundamental level.

It’s easy to get caught up in the beautiful artwork from Joey Vazquez , Moy R. and company. Their vivid colors and distinct tone make this a story that really stands out, but the facial expressions are what makes it memorable. The emotional reactions draw you in and keep you engaged through the entire issue.

Overall, I am so happy I stuck with this arc not only because it got better with every issue, but also because it touched on something very important that is happening in Marvel comics right now regarding legacy characters such as Kamala Khan’s Ms. Marvel. These stories are ushering in a new generation who can relate to Ms. Marvel on an entirely new level, and it takes comics like this to establish a lasting connection with the universe we all love so much.

In this, the entire arc succeeded resoundingly well.

Marvel Team-Up #3 overcomes common tropes to explore the fundamental individuality that not only makes these heroes so special, but also ourselves. And it doesn't forget to have a little fun along the way!