Marvel Team-Up #5: Not Cool at All 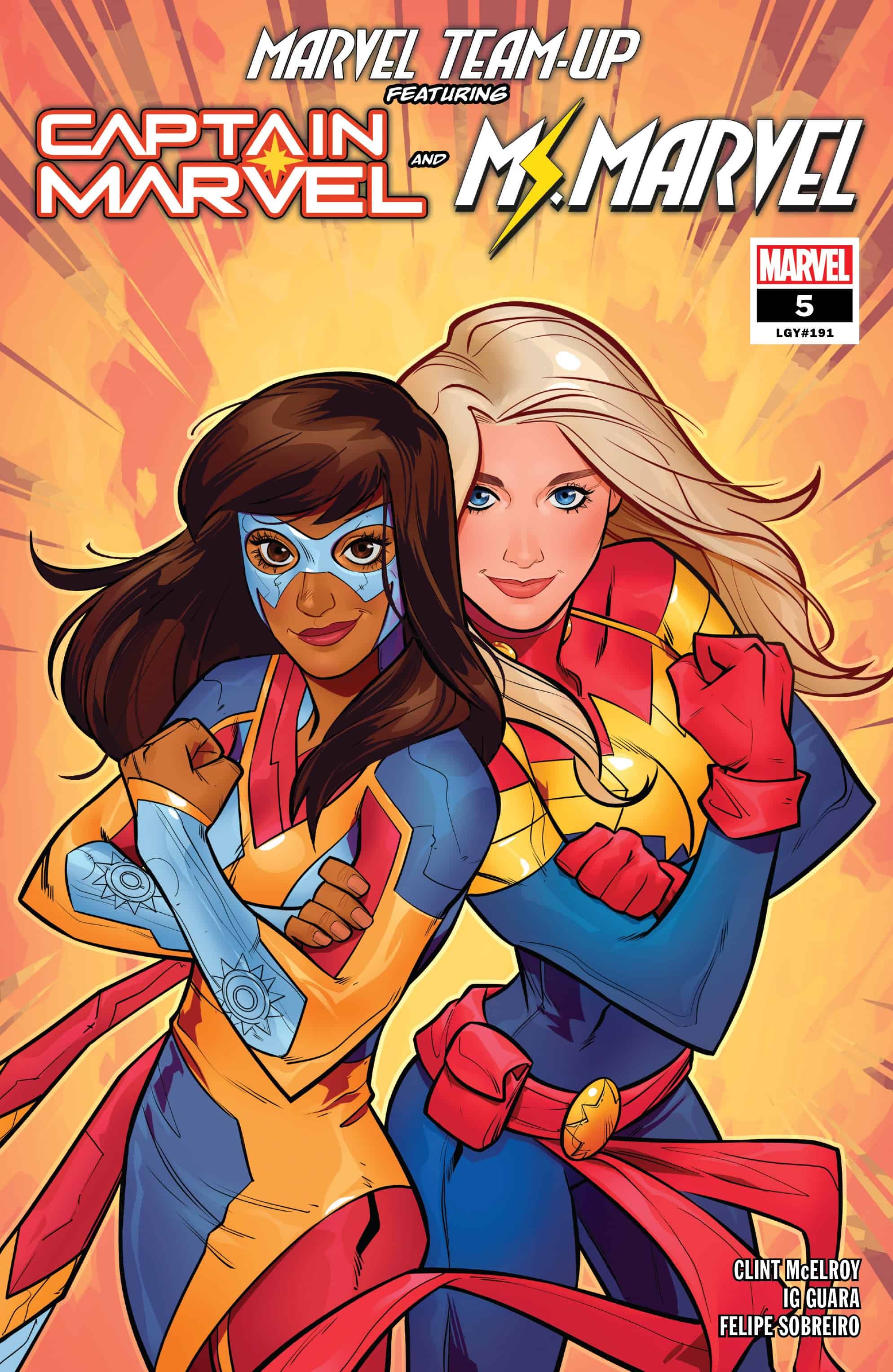 Before Carol, there was Mar-Vell. And now he’s back…or is he? Captain Marvel and Kamala are up to their knees in Kree nonsense. Who is the mysterious Wastrel, and why is he stockpiling enough Kree tech to build a doomsday device? And more importantly…how do the Kree feel about what he’s planning?

Kamala continues her partnership with Carol in Marvel Team-Up #5, a book that ultimately aligns itself too well with other filler issues we’ve seen from Marvel lately. The concept is solid, but the execution gives the impression that this is far from crucial reading. 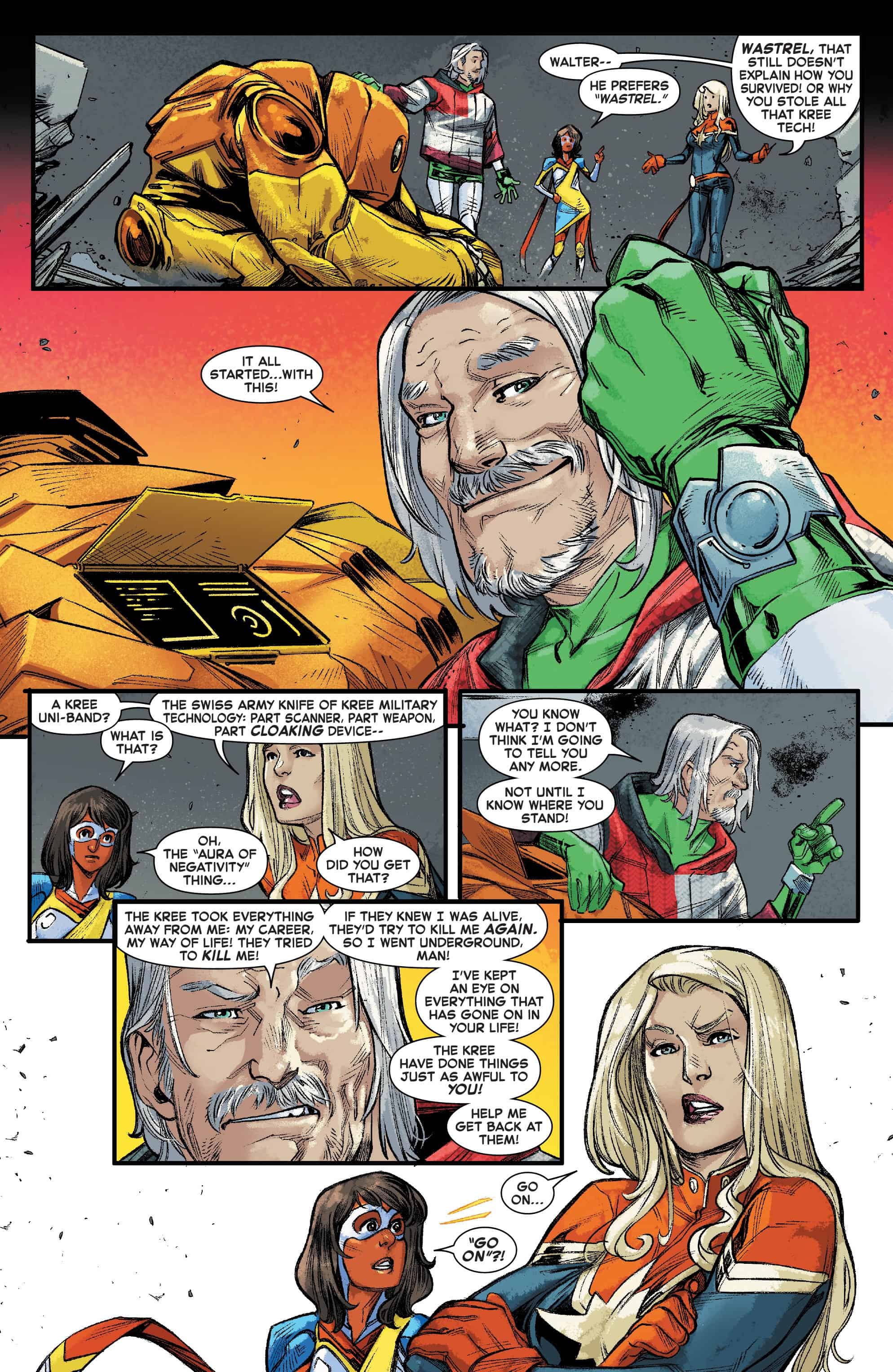 This series has found its strengths in exploring the budding relationships between Kamala and the larger Marvel universe, however, what we find in issue #5 is a much more narrow focus on the recent happenings of one Dr. Walter S. Lawson. He had gotten caught up in the original Mar-Vell’s exploits and many had believed him dead up until this point. The story sidetracks into a much more in depth exploration of what all transpired, leaving Kamala to essentially be a reactionary force in the series she is meant to star in.

As I mentioned, the concept for this story is actually a great one. The notion of being proud of your heritage or culture has such a profound impact on who these characters are that it seemed like an automatic win. It’s unfortunate that this discussion gets shelved in favor of exploring the less interesting events surrounding “Wastrel”. It feels like the creative team set up something that was bigger than maybe they were capable of pulling off.

The artwork isn’t necessarily bad, but it isn’t given much of a chance to shine due in part to the scripting. The panels are lack focus and some incredibly small ones are packed with unnecessary dialogue. One panel for instance features over 60 words despite only being a couple inches big. These small issues start to add up rather quickly, resulting in a book that isn’t likely to be one you want to read over again.

There are some fan service moments and an emotional upheaval from Carol, but at the end of the day, this is a filler book. I understand those simply have to exist sometimes, especially in series from the Big 2, but I was at least hoping for something more engaging. There’s always next time.

Marvel Team-Up #5 proves to be an inconsequential experience with little to get you excited about coming back. Hopefully the story can get back on track soon, because there is potential for something incredibly interesting.

Marvel Team-Up #5: Not Cool at All