Captain Marvel and Ms. Marvel find themselves caught between a madman seeking revenge and the deadly Kree STARFORCE! Whose side will they choose? And will their friendship survive this close encounter of the Kree kind?

Marvel Team-Up #6 continues a story that delves into Kree history and explores the relationship between Carol and Kamala, but unfortunately, the execution just doesn’t thrill like it really could have. 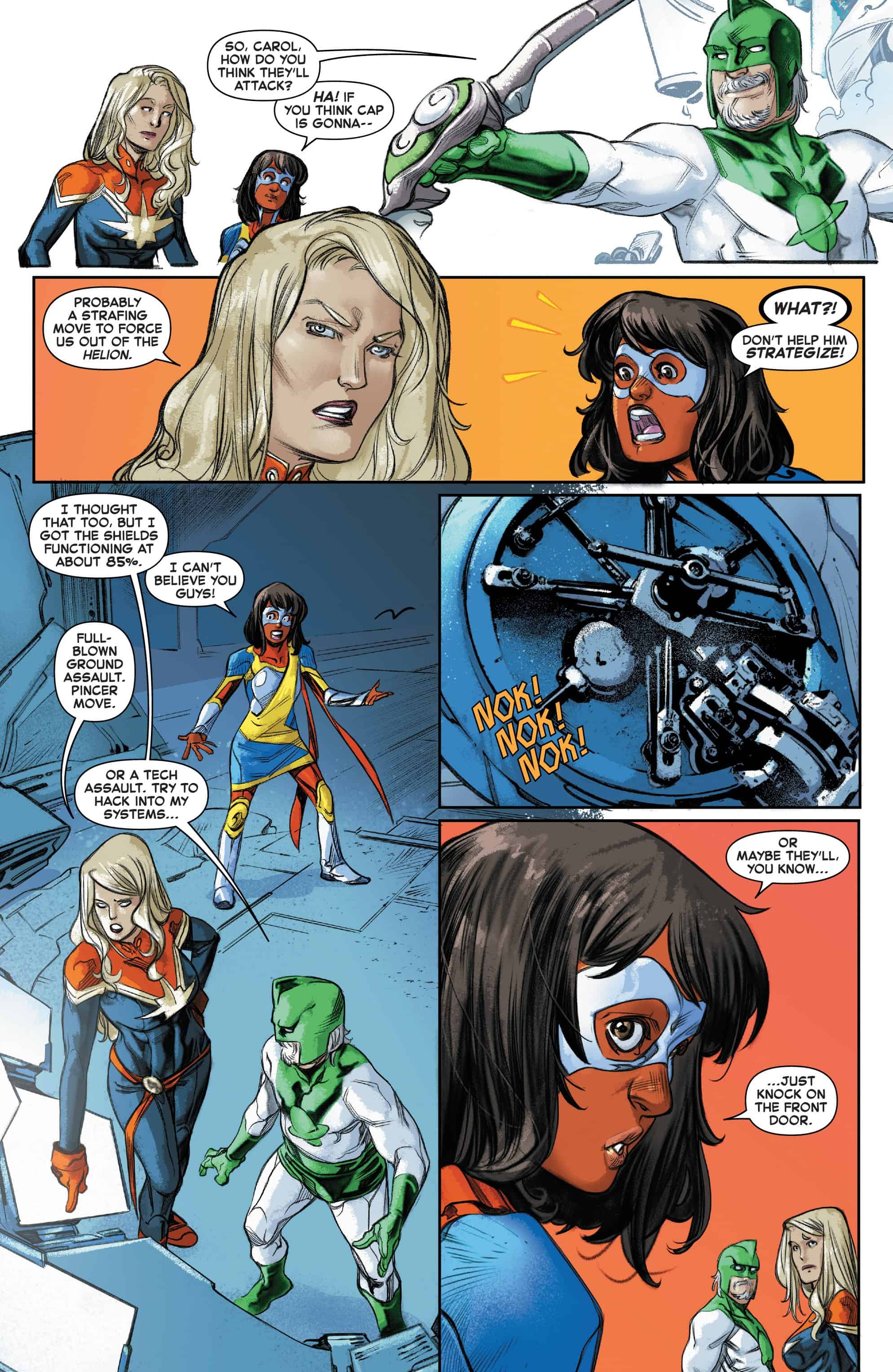 The Marvel Team-Up series has so far been full of unique life lessons for Kamala as she ventures into the interconnected Marvel Universe. The duo of both Captain Marvel and Ms. Marvel had so much potential to be something special for this reason, and while the lesson learned was certainly a valuable one, the last two issues simply didn’t hit the mark.

The structure in the previous issue was clumsy, to put it blunt. And while this issue narrows the focus more and introduces some interesting action elements, it still loses track on what drives this real connection with this series. As we learn more about the dangers of the Kree and Wastrel’s past, it’s hard not to get the feeling that Captain Marvel and Ms. Marvel are just afterthoughts in their own story.

This isn’t true, I know, because of how the story is told and the importance of these heroes essentially being the “muscle”, but there is an importance to their Kree heritage that is mentioned but ultimately gets downplayed as the story goes on. If the arc had been more willing to delve into the complexities of their heritage instead of Wastrel’s past dealings, it might have been more successful in this area.

Despite the narrative flaws, the artwork really is great in Marvel Team-Up #6. There are some haphazard backgrounds and a lot of usages of solid colors, but that’s okay because the character work is so engaging. It feels like it adds to the storytelling without distracting. Those looking for some stunning depictions of both Captain Marvel and Ms. Marvel will find plenty to enjoy.

Though it had a lot of potential, the latest arc in the new Marvel Team-Up series just turns out underwhelming. I’m sure there are great things in store, and just maybe this arc will read better in the collected format!

The stunning artwork in Marvel Team-Up #6 just isn't enough to make it feel truly worthwhile, despite the arc having so much potential to start.